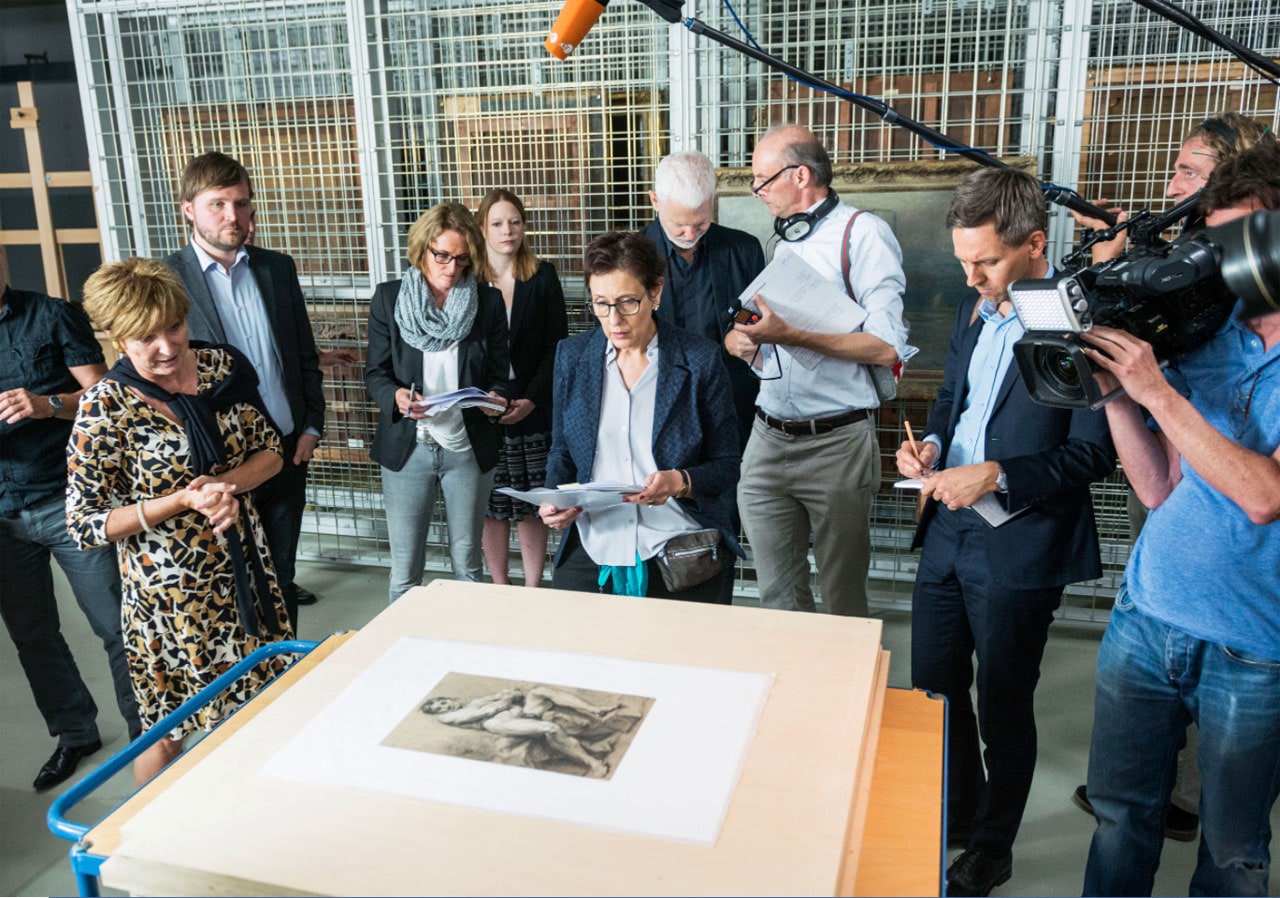 It is unlikely that anything on the scale of Gurlitt’s art hoard will ever be uncovered again. Estimated to be worth hundreds of millions of Euros, Gurlitt’s secret collection reveals a breathtaking array of long lost art treasures. But the greatest art find of the postwar era raises unpalatable questions about the art world’s pernicious past, as well as Switzerland’s reputation as a storage for Nazi loot. So far, despite the excitement around its recovery, the failure of the artworld to undertake a desperately needed critical self-appraisal has been one of the legacies of the discovery.

In early November the Kunstmuseum Bern and the Bundeskunsthalle in Bonn are running synchronized exhibitions of the works discovered in Cornelius Gurlitt’s two properties. Many of these artworks, including works by Max Beckmann, Pablo Picasso, Claude Monet, and Paul Cézanne, have not been seen for 80 years. In 2010 Cornelius Gurlitt was discovered to be carrying €9,000 on a train between Switzerland and Germany. But had it not been for the thoroughness of German customs officials who reported the find, the hoard of artworks might never have come into public ownership.

Cornelius Gurlitt was a peculiar, reclusive man, who never worked a day in his life, instead selling a work privately whenever he was in need of funds. When the tax inspectors investigated his life they discovered he was never married and had no pension or health insurance. Alerted to these oddities, the tax inspectors searched his flat in 2012 and discovered hundreds of artworks stuffed in boxes and piled up on top of each other. They also discovered hiding places for cash—a copy of the book England: Highlights of Erotic Literature By Famous Authors had been hollowed out and stuffed with banknotes.

In 2014, two years after the hoard was discovered, Gurlitt was dead from heart failure aged 81. Although uncooperative to begin with, he eventually came round and sometime before he died bequeathed all the unaccounted works to the Bern Museum in Switzerland. But a claim made by his cousin, Ute Werner, stating that Gurlitt was not of sound mind when he made the donation, nearly scuppered the deal completely. In December 2016, however, a Munich court finally rejected that claim, paving the way for these groundbreaking exhibitions to go ahead.

Part of the conditions of the bequest is that the Bern museum must do everything in its power to locate the original owners of the artworks—the majority of whom were Jewish. Despite assurances from the museum director, Nina Zimmer, that “only what is proven not to have been looted will come into Kunstmuseum Bern’s possession”, the question remains whether an art institution can be impartial in its quest for the true provenance of the works. So far of the 680 works identified as being looted, only five have been reported as being stolen.

By far the most disquieting presence is that of Hildebrandt Gurlitt, Cornelius’ father, whose collaborations with the Nazis as an expert in modern art came about despite his Jewish roots. Morally suspect, he had initially started out as a progressive minded museum director in Zwickau, but was forced out of two positions following a right-wing backlash—losing his job in 1933 after refusing to raise the Nazi flag. 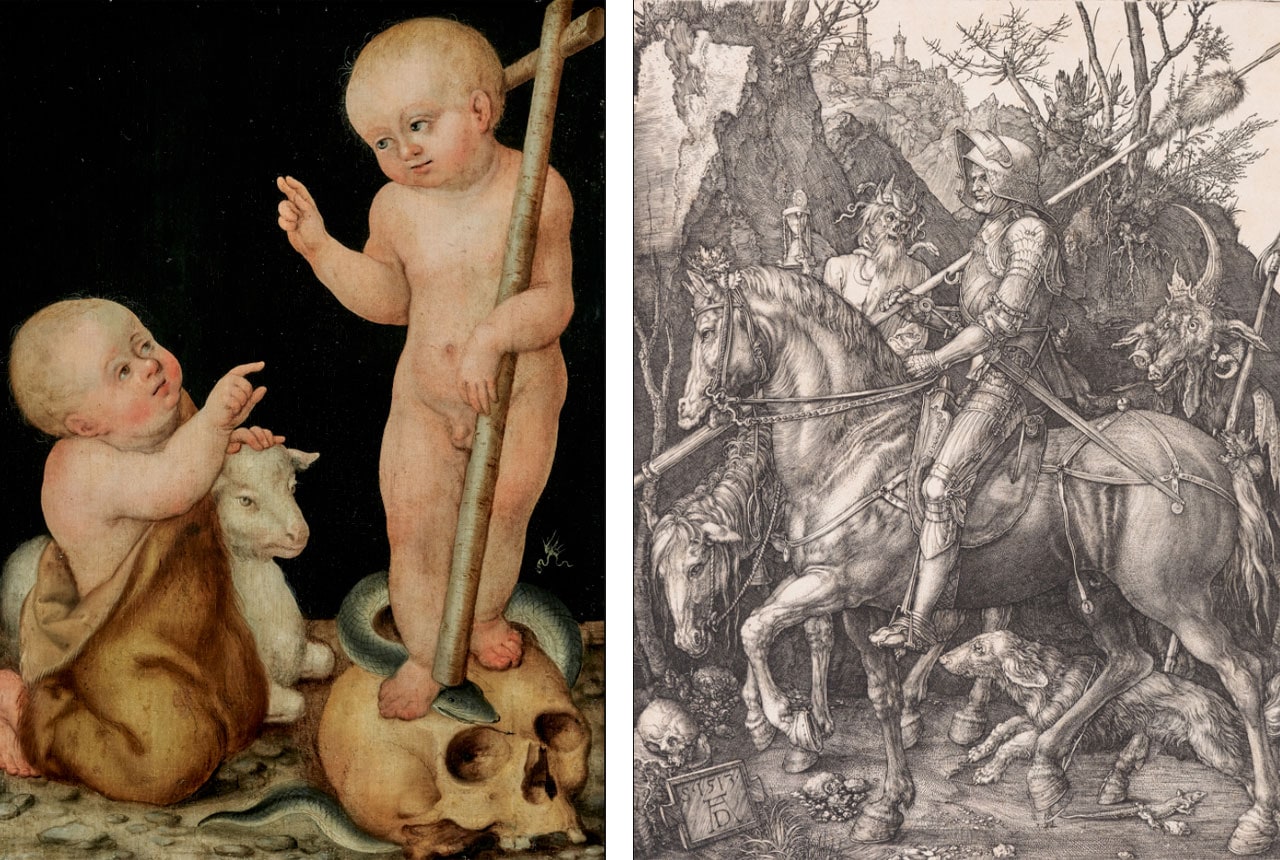 Hildebrandt Gurlitt subsequently became a dealer and set up his own gallery, registered in his wife’s name due to his Jewish grandmother, Elizabeth Gurlitt. He was “quarter-Jew” under Nuremberg Laws. It is unclear why he then decided to start collaborating with the Nazi authorities, but around this time he wrote to the propaganda ministry to put forward his skills as an expert in modern “degenerate art”. As one of four dealers employed by the Nazis, he was living in Paris, and had direct responsibility for setting up Hitler’s Führermuseum project in Linz—designed to house all the works the Nazis had confiscated or stolen. By the end of the war the collection was believed to number between 7,000 and 8,500 artworks.

When the war came to an end, Hildebrandt Gurlitt simply took up his old job as a gallery director. He claimed he was a victim of Jewish prosecution due to his grandmother and convinced the United States’ army that most of his collection of art had been destroyed in the firebombing of Dresden. He even managed to convince them to return 50 artworks including masterpieces by Max Beckmann and Otto Dix, which he claimed to have “obtained lawfully”—the reality was that he paid a few Francs for each work of art.

His son, Cornelius Gurlitt, used a similar phrase to claim that the works in his two properties were “legally acquired”, but the legal issue surrounding the use of such a term in the context of Nazi Germany must be scrutinized. Many Jews sold off their possessions cheaply in a desperate attempt to preserve their lives and the lives of their family. Questioned after the war, Hildebrandt Gurlitt’s secretary once stated: “When the Jews were deported to the Lodz ghetto, they entrusted Gurlitt with all of their paintings to be sold. After a while, these people wrote letters, asking him to send money because they were starving. Gurlitt then told me in a calm and indifferent manner to send 10 Reichsmarks to the Jew.”

In a bizarre twist, Hildebrandt Gurlitt could also lay claim to being a valiant figure to many persecuted artists. In a letter dated from 1946, the persecuted German artist Max Beckmann wrote: “Dear Herr Hildebrand Gurlitt… you were actually the last individual in Nazi Germany who, at great personal risk, braved dangers to visit me during the war, purchased paintings from me and, at the same time, made disparaging remarks about the regime.” A complicated figure, Hildebrandt Gurlitt effectively lived two lives.

Now that the frenzy surrounding the artworks recovery has died down, the legacy of the hoard casts a gruesome shadow over these two exhibitions. Despite there being some notable successes, such as Max Liebermann’s oil painting Two Riders on the Beach, being handed back to the descendants of David Friedmann, a Jewish lawyer from Breslau gassed in Auschwitz, such stories are few and far between. The vast majority, according to Andrea Baresek-Brand, the senior member of the team tasked to uncover the provenance of the works, will be classified as “a dead end, where we have done all we can”. Whatever the case, each of these artworks will forever be tainted by the untold secrets that lie behind their original ownership.

You can visit the Gurlitt exhibitions at the Bundeskunsthalle in Bonn and the Kunstmuseum Bern from the 2nd of November through to early March 2018.