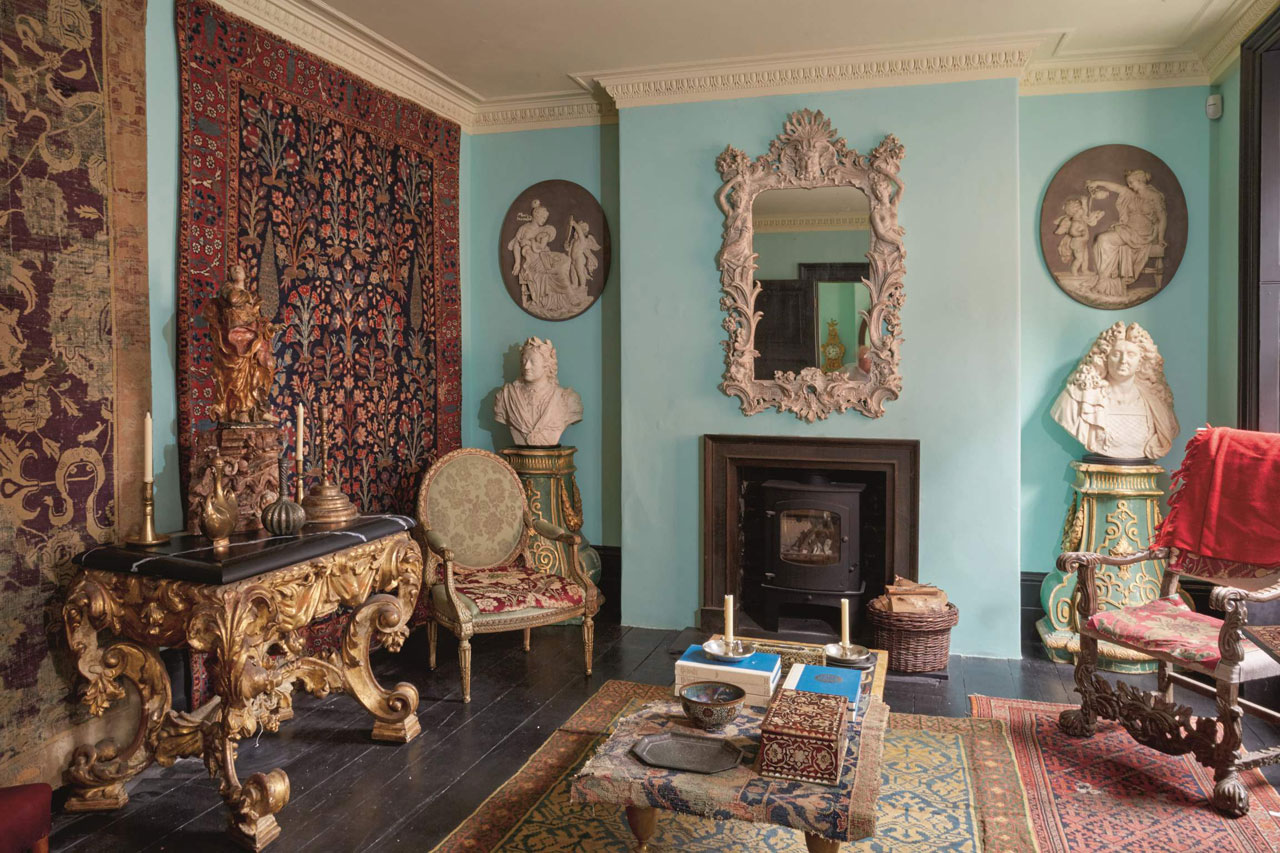 Interior of Howard Hodgkin’s house, to be sold at Sotheby’s. Photo: Sotheby’s London
3 years ago

Howard Hodgkin—Insights into an Obsessive Collector

The death of Howard Hodgkin earlier this year robbed the world of one of its greatest talents. His work embodied the utter emotional joy of being alive. Through his explosive use of color, the full emotional tumult of modern life is laid bare. But admirers and collectors of the Turner Prize-winning artist, who represented Britain at the Venice Biennale in 1984, may not have been aware that he was an obsessive collector, whose house is a teeming treasure trove of wonder.

Whereas painting for Hodgkin was a lonely occupation, collecting, it seems, gave him “an almost automatic series of introductions, social contacts, with dealers, scholars and collectors”. It was his way to relax, and take his mind away from any difficulties he was having in his adjacent studio. Famously slow working, his urgent and seemingly spontaneous brushstrokes hid the fact that he would spend one or even two years preparing a painting before ever putting brush to canvas. 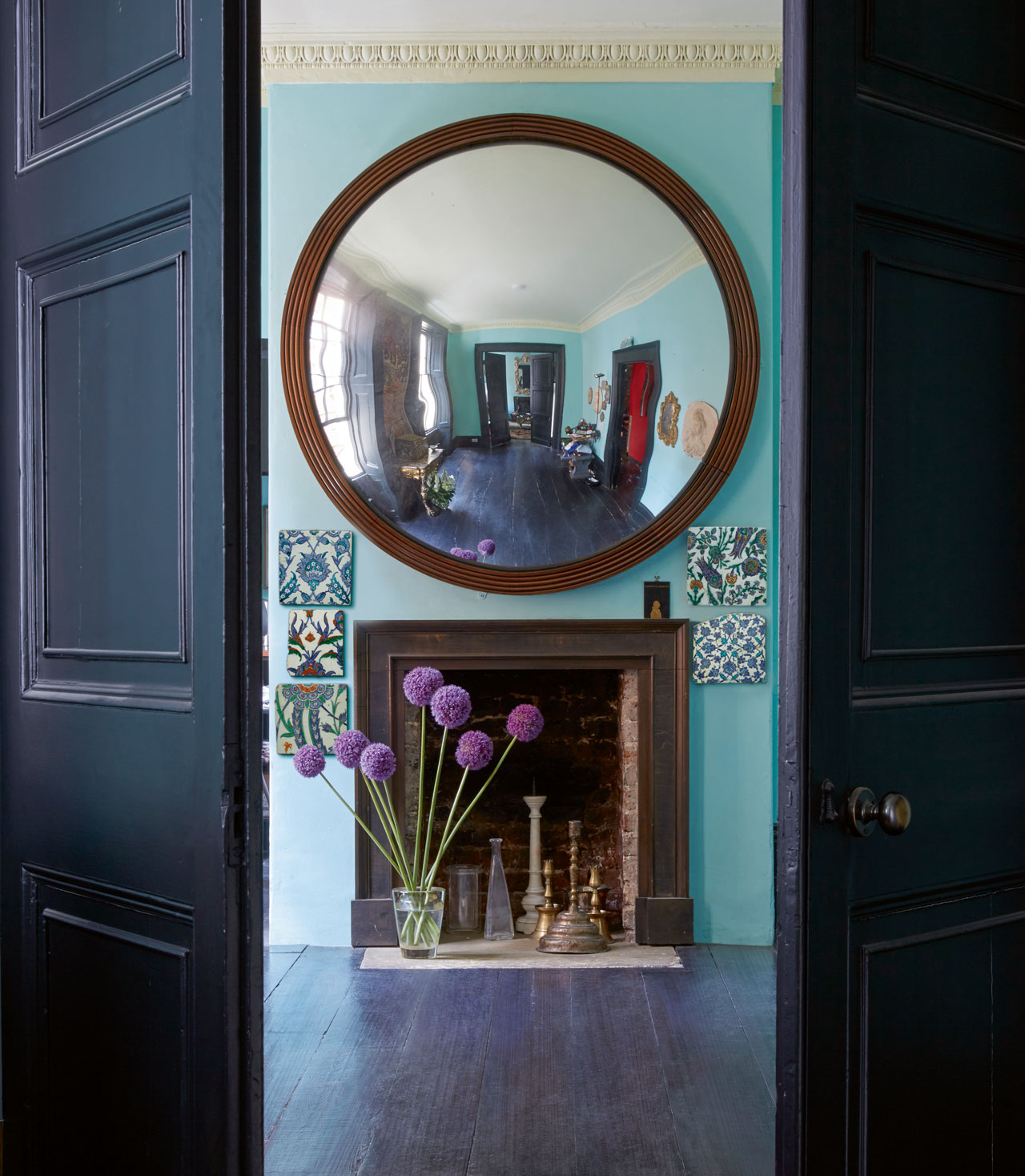 After the break-up of his marriage to Julia Lane, with whom he had two children, Hodgkin got together with his long-term partner, Antony Peattie—who had been working as their cook. Now Peattie is going through the emotionally fraught process of selling off Hodgkin’s personal collection at Sotheby’s, London on the 24th of October.

“Ever since the artist’s death,” said Peattie, the house was so “sad and all these objects remained in place but, after 33 years that we spent together, everything had changed.” The house was so “full of Howard… I needed to take things away.” There is however a practical side to the sale, Peattie needs to raise funds for the so-called “letter of wishes”, made by the artist that outlined substantial gifts to his many friends.

According to Peattie, now a successful writer, rather than saving the money he made, Hodgkin “bought objects”. A legacy perhaps of his difficult early years, when, without the support of his parents, who were unhappy at his ambition to become an artist, he was forced to live day-to-day, spending what little he had on painting material. When success came, and it came handsomely, Hodgkin spent it avidly on his so-called “must-haves”! 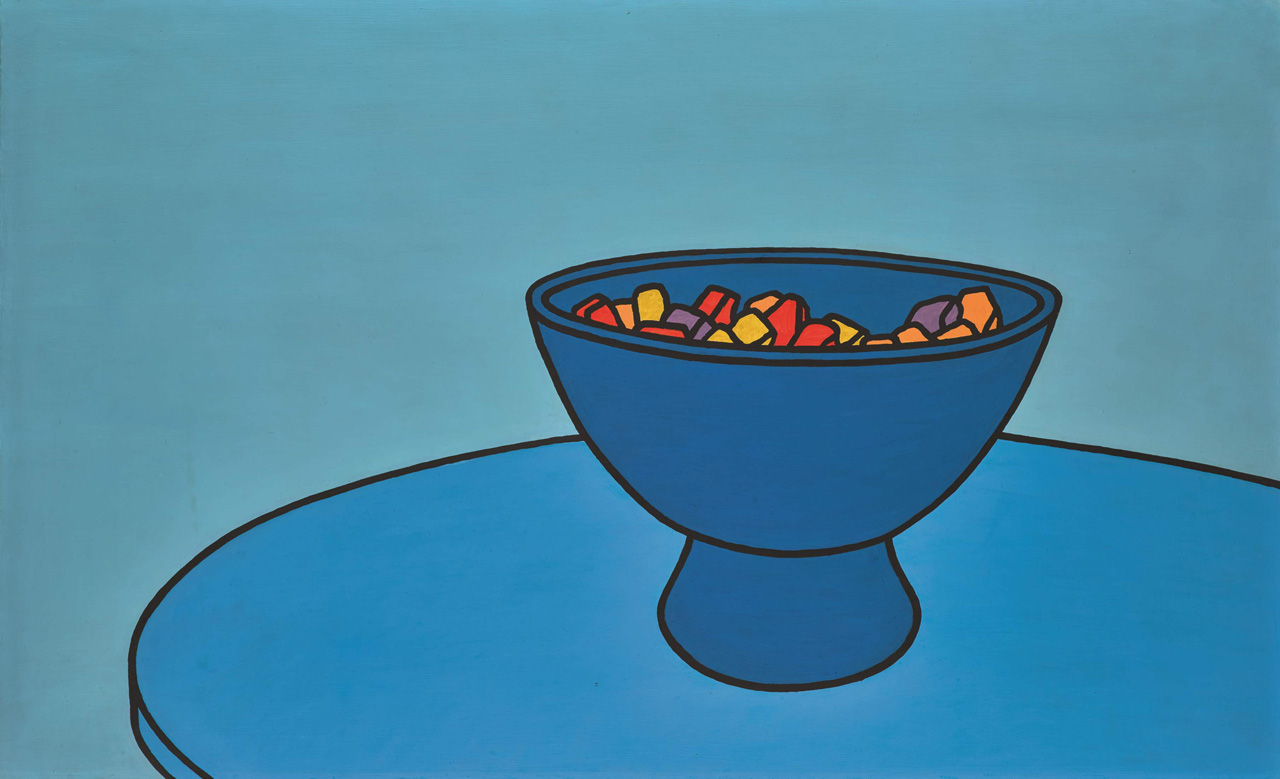 On entering the discreet exterior of the Georgian house in Bloomsbury, London, you would not think that a collection with such a staggering breadth of interest lay within. Encompassing ceramics from the Ottoman Empire through to more practical objects like mirrors and chairs. He was so passionate that on his bedside table he kept a tape measure and a heap of auction catalogs from all of Europe’s major auction houses. He liked nothing better than to turn up to auctions in person, bidding with his raised pencil, and ensuring that he personally won the item he was after.

Included in the sale of over 400 items are a Michael Rysbrack’s marble bust of King George II, approx. 1740 (£80,000—120,000), a collection of stunning Islamic tiles, a surprising collection of books by Agatha Christie (his favorite author to read at night), and a fiberglass chair on a trumpet base (£30—50).

For the art collector two paintings he made early in his career are included as well as the work of his great friend Patrick Caulfield. The still life, Sweet Bowl, 1966 is one of the prize items on the bill and is a celebrated work of the late artist, expecting to reach £300,000—£500,000 at auction. The flat areas of blue color, where the artist hand is all but invisible, are in stark contrast to that of Hodgkin’s energetic application of paint.

Hodgkin—who refused to ever hang his own works on the wall of his home, they interfered to much with the creation of new ideas—preferred to make unexpected yet inspired configurations of objects he bought. “To collect is thus a way of making art your own,” he once said “but a collection in the end is a work of art.”

As an artist he redefined the way we viewed the world through his concise lavish works that seemed to sing and resonate with intrinsic truth. As a collector, he turned his magpie’s eye on an incessant hunt for art and objects of exquisite beauty. The objects he so carefully drew together cast new light on his aesthetic innovations, revealing what inspired him and what he held close. While Hodgkin’s paintings reveal his response to people, situations, or places, the items that adorn his home offer a personal portrait of their owner, one of the standout artists of our time.

Howard Hodgkin: Portrait of The Artist auction will take place on the 24th of October at Sotheby’s London.