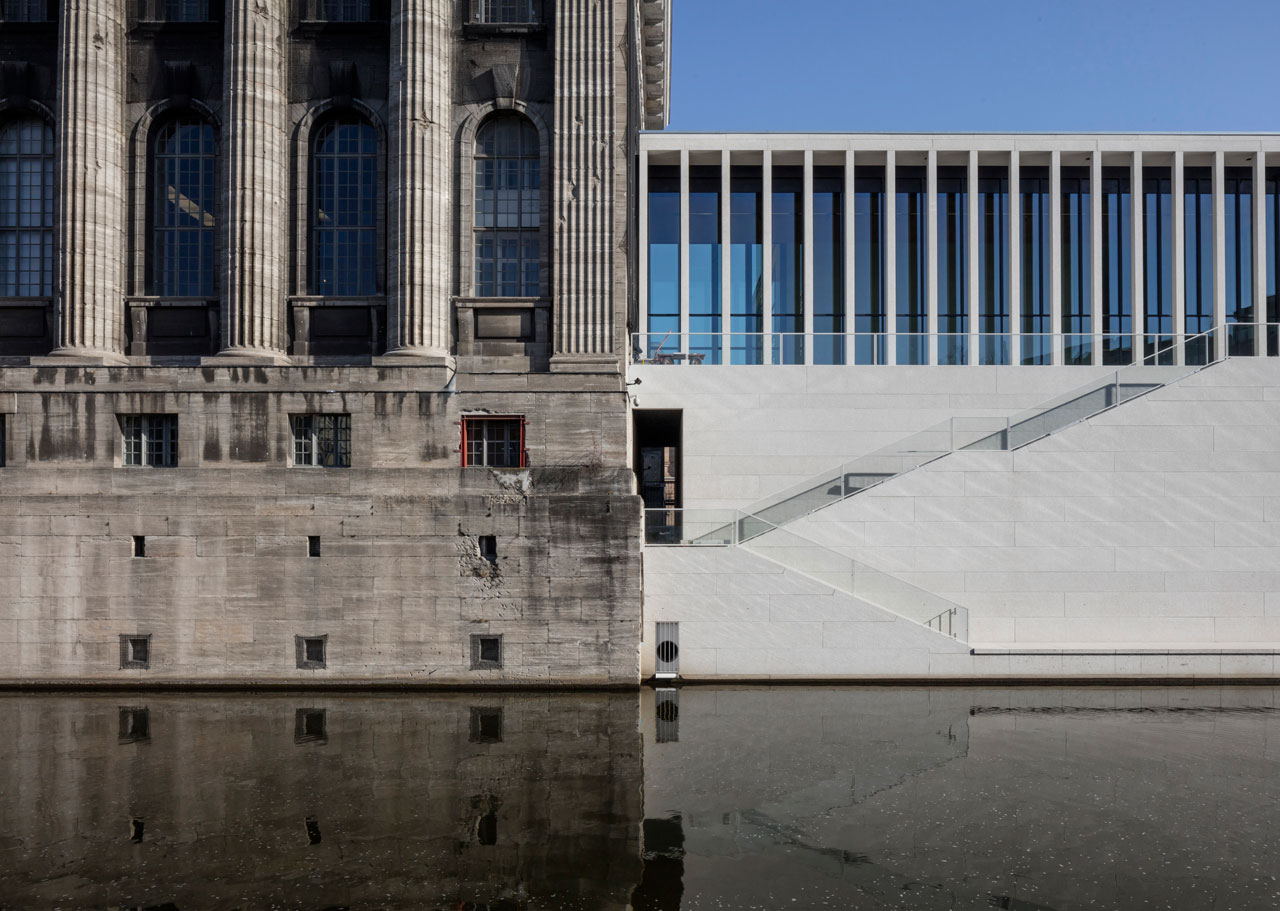 It couldn’t have been entirely unexpected that the press conference for the opening of the newly completed James Simon Gallery, was dominated by questions about the man himself. Until a few weeks ago, barely anyone in Berlin had heard of him. This will change as the full extent of Simon’s 10,000 donations, including the jewel in the crown, Nefertiti, are revealed in the many permanently looped films and information cards displayed around the subterranean halls.

James Simon was a Jewish Berliner, born and raised, a philanthropist, archaeologist and dedicated patron of the arts. He made a fortune with his cotton business, before losing it all to pay off substantial debts. After his death in 1932, any memory of him, including monuments and plaques were completely expunged by the Nazis. 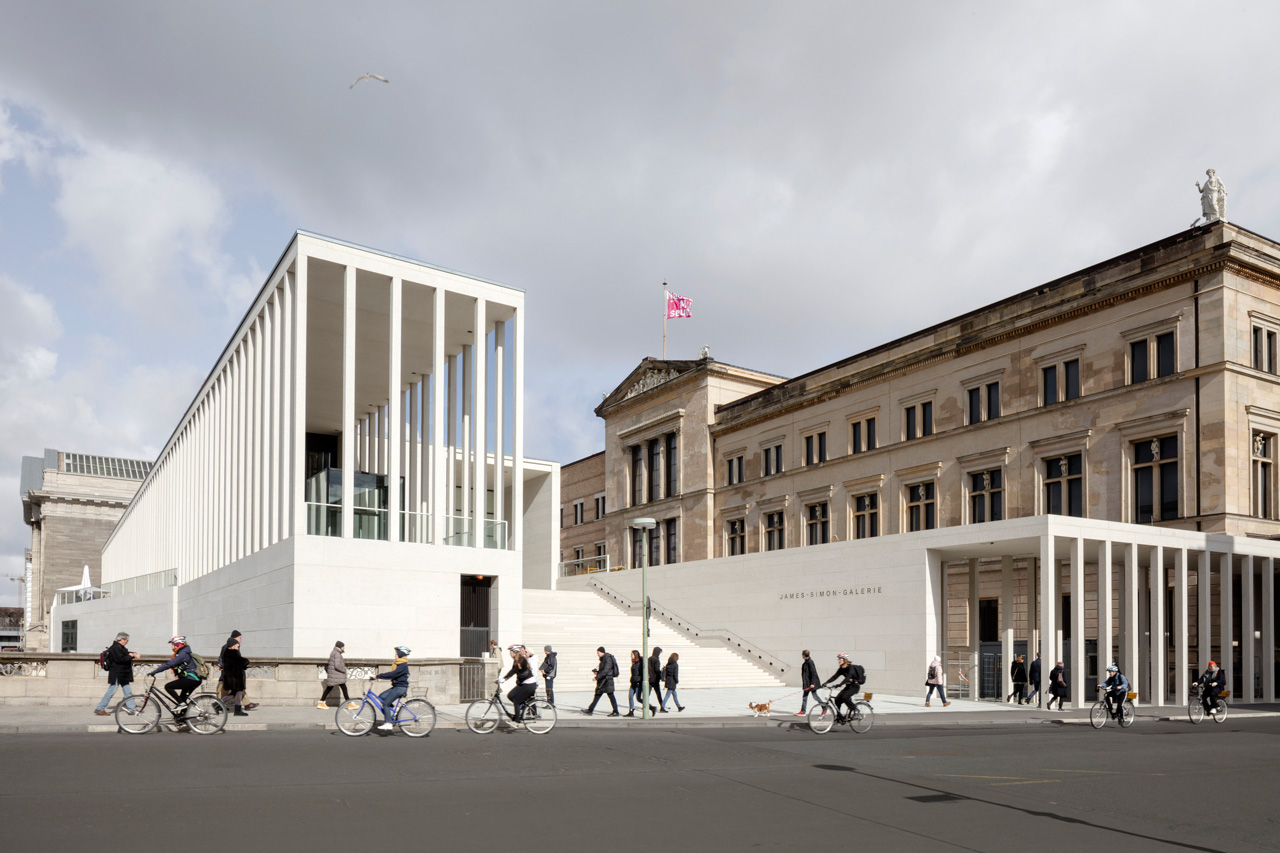 Now nearly 90 years later, recognition is finally being made to his considerable contribution, one that has helped make Museum Island into one of the world’s greatest caches of historical artefacts. He is of course just one of a thousand wealthy and successful Jews who contributed to Berlin’s cultural heritage. And naming the gallery after him, is both a tribute to him and “the Jewish bourgeoisie in Berlin,” according to Michael Eissenhauer, director general of the National Museums in Berlin.

The James Simon Gallery is certainly an impressive tribute, standing out from the famous buildings on Museum Island with its bright white façade. David Chipperfield, the architect, was at pains to express the problematic infrastructural functions of the gallery, that through its position and facilities will act both physically and metaphorically as “a bridge between the city and the museums.” A dynamic linking structure, that prompted one journalist to label it the most expensive wardrobe in history.

Costing €134 million the new gallery is a key part of a “master plan” drawn up 20 years ago to renovate the Museum Island. One of its more trickier challenges was to orientate around the sensitive architectural demands, appearing both contemporary whilst remaining within the language of classicism – a balancing act that Chipperfield has been lauded for throughout his career. 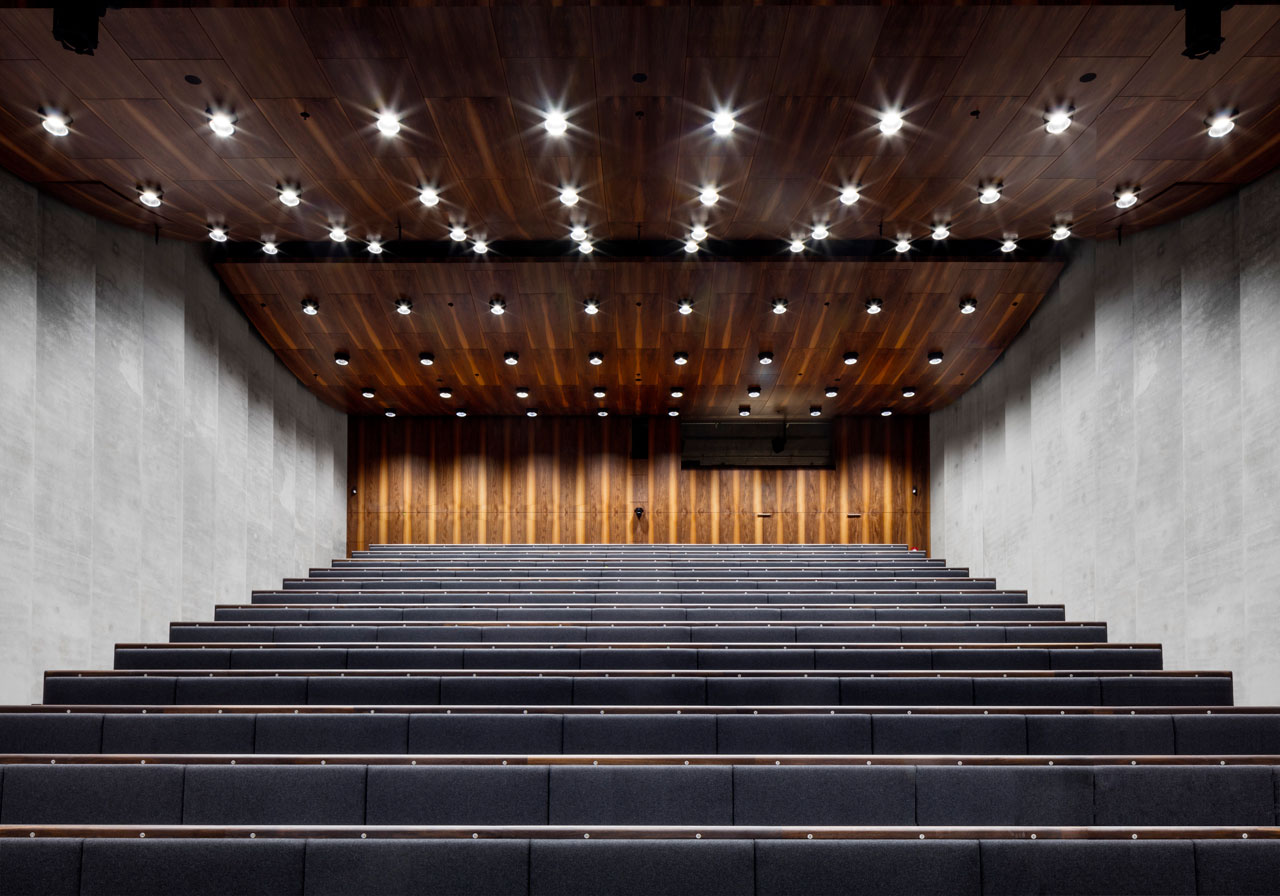 More feted in Germany than he is in his birth country of England, Chipperfield has spoken often about the burden of responsibility that exists around classicism. That the “column has a very particular relationship with Germany because Nazi architecture in a way confiscated it by using it as a sign of authority.” His new gallery and buildings such as the Museum of Modern Literature in Marbach, have done much to claim back this classical language.

With its spindly pre-cast concrete columns, like thin toothpicks stretching 9 metres high though barely 30 cm thick, it’s hard not to be put in mind of Albert Speer’s Nuremberg Rally Grounds. Though in some ways that’s ridiculous. For 2,000 years architects have been placing horizontal beams on vertical columns, trying to find new ways to distinguish the point at which they meet. 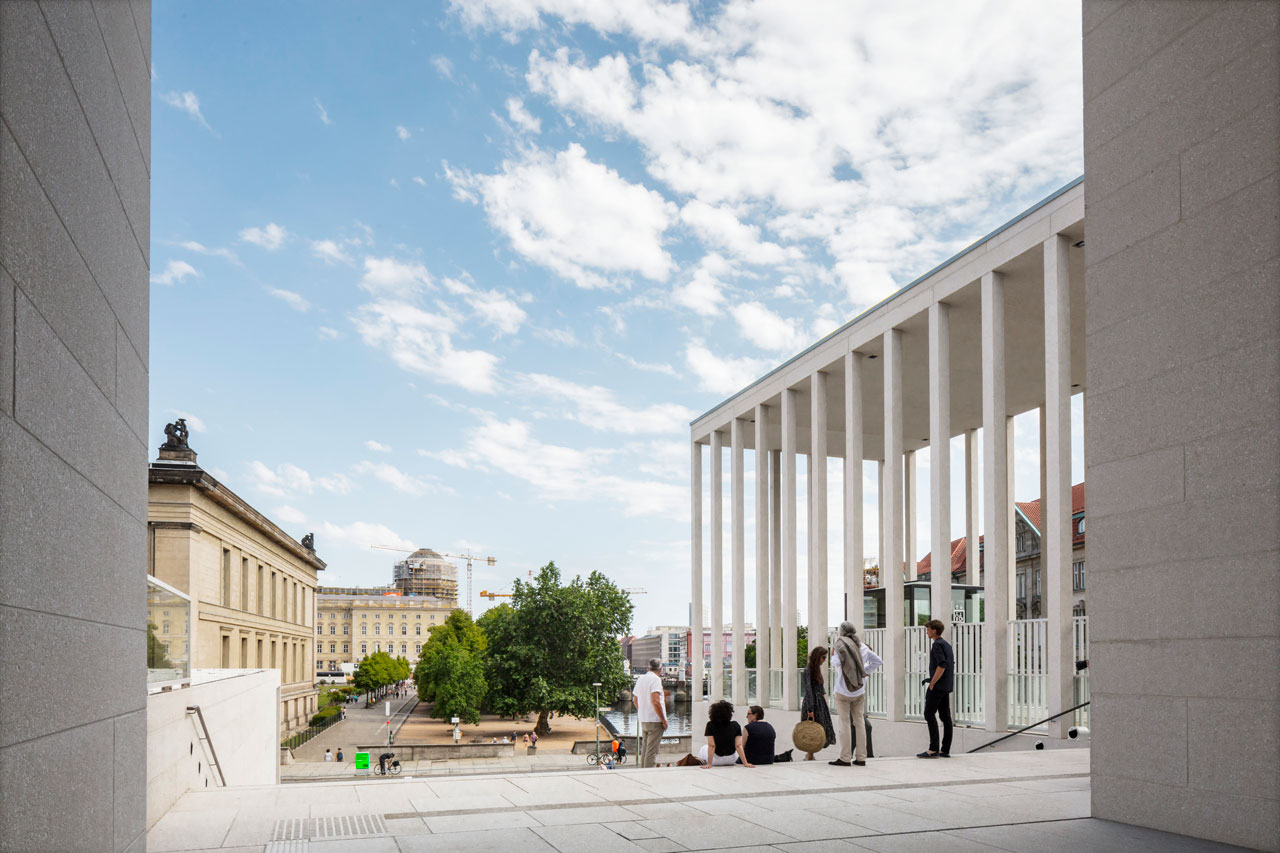 It should not be forgotten that his initial designs for the James Simon Gallery were highly controversial, too modern, too extravagant. Forced back to the drawing board, it was reported that that the then head of the Prussian Cultural Heritage Foundation, turned to the architect and said: “David, we need a temple”. There and then, Chipperfield sketched the designs for a new building. His white centipede coming to life on a restaurant napkin.

Throughout the three-tiered building, there are impressive if narrow views, plunging downwards and surrounded by cold grey concrete. That coldness is offset by the use of copper and rich dark wood, sweeping across various ceilings in undulating curves, a sensuous play between hard and soft.

You would be forgiven for thinking Chipperfield has his hand in every new building in Berlin, so prevalent is his architectural vision in the capital. Despite a lavish use of materials, his work comes across as modest, even restrained, then grandiose and a touch austere – just as the Prussians like it. Like buying a top of the range Mercedes but denying yourself the optional extras.

To a woefully out of date cultural district, the new gallery introduces a central ticketing area, general information centre, restaurant, museum shop, and 300-seat lecture room. You should enjoy this while you can, in a year or two the Pergamon Museum will undergo significant building work, ensuring that Museum Island remains in its near constant state of renewal.

The directors have blamed remodelling for the continual decline in visitor numbers, in an attempt perhaps, to deflect the near constant criticism for the lacklustre nature of the exhibitions – in 2015 Das Spiegel called Berlin the world’s most boring Museum city. But at least they got this right. Honouring their most important benefactor, James Simon and a legacy that came out of hard work and generosity. Donating a collection that has lasted longer than the regime that tried to erase him.