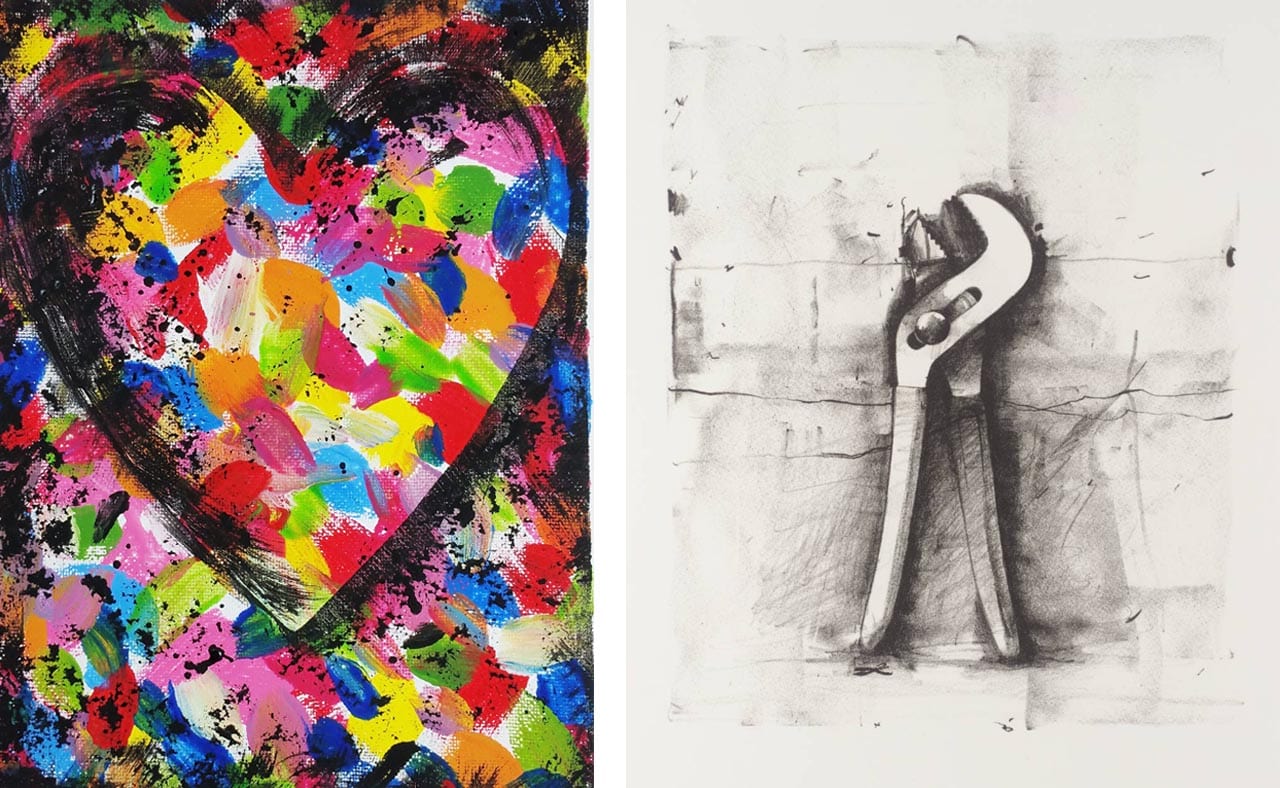 Since emerging as an avant-garde artist in the early 1960s, Jim Dine has immersed himself in an intense search for his own identity, using everyday objects and accessible imagery to carve out his autobiography. Alongside Claes Oldenburg, he first exhibited at Judson Gallery in 1959, presenting his pioneering Happenings which moved the world away from Abstract Expressionism and predicted the proliferation of performance art. In the six decades that have followed, Dine’s energetic and experimental approach has allowed him to craft a diverse and highly personal artistic vocabulary, based on his own inner self.

Best known for his images of hearts, bathrobes and tools as well as motifs that borrow from his childhood such as Pinocchio, Dine seeks to make the personal physical through his art. He is often described as a Pop Artist, but admits that he has “never felt comfortable with the label,” not regretting that he “has been lumped in there commercially because it’s been an advantage”, but stating that the movement has nothing to do with his work.

Such an association was first established when Dine’s work was included alongside Andy Warhol, Roy Lichtenstein, Ed Ruscha, and Wayne Thiebaud in the ground-breaking 1962 New Painting of Common Objects exhibition curated by Walter Hopps at the Pasadena Art Museum. The show was considered to announce Pop Art in the United States, featuring works and artists that embraced mechanical techniques and impersonal subject matter. Such notions were a stark contrast to Dine’s inward and emotive paintings and prints and consequently distanced Dine from his contemporaries. “When I use objects, I see them as a vocabulary of feelings. I can spend a lot of time with objects, and they leave me as satisfied as a good meal. I don’t think Pop artists feel that way. Their work just isn’t autobiographical enough. I think it’s important to be autobiographical.” 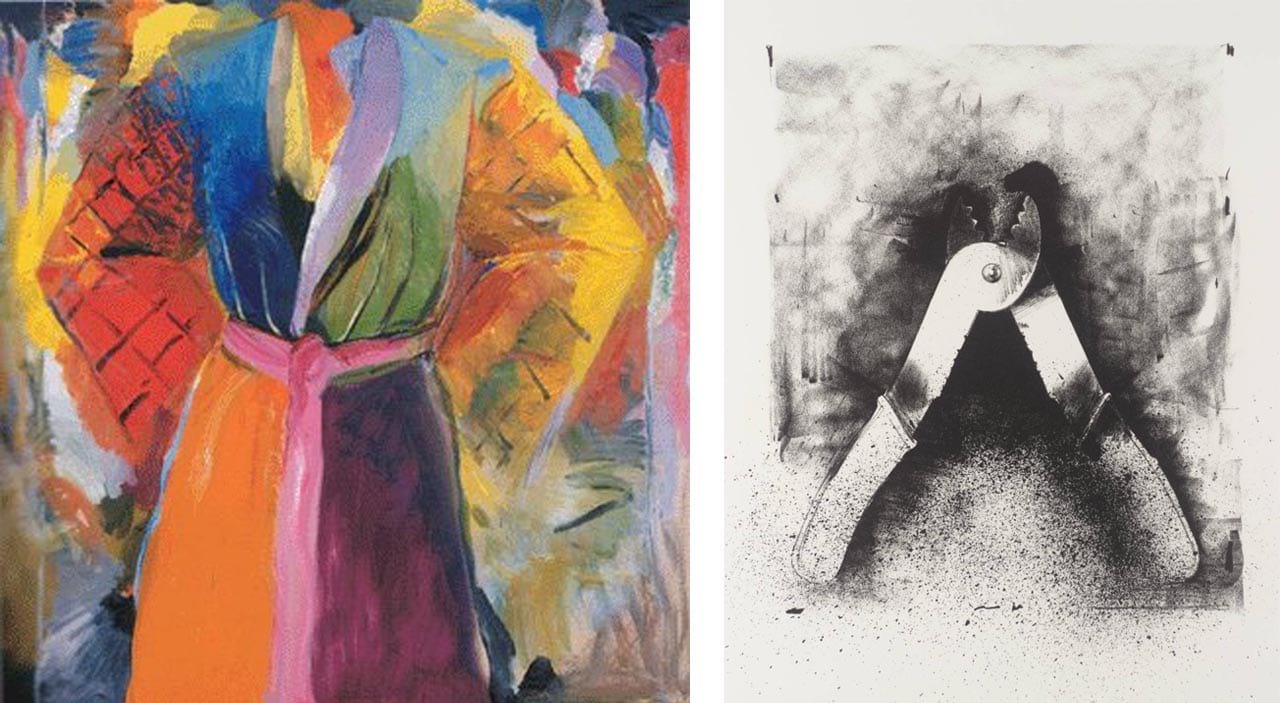 Jim Dine’s use of motifs are born from his life-long search for self-understanding and are informed by his weekly visits to a psychoanalyst. Eager to explore his own psyche and mentality, he first underwent psychoanalysis in 1962. His continuing attendance to such sessions has resulted in a distinct set of repeating and immediately accessible subjects in his artworks, all of which are linked in some way to his past.

In the early years, Dine’s practice was dominated by images of tools, influenced by the time he spent working in his family’s hardware store in Cincinnati. He first utilized the form of the vacated robe in 1964, embracing it as self-portrait, despite admitting to never having worn one. However, without the human body, the object could be used to represent everyman as well as a self-portrait and Dine continued to use the motif for over 30 years, using it to represent himself as a conquering hero as well as in a portrait of Bill Clinton. 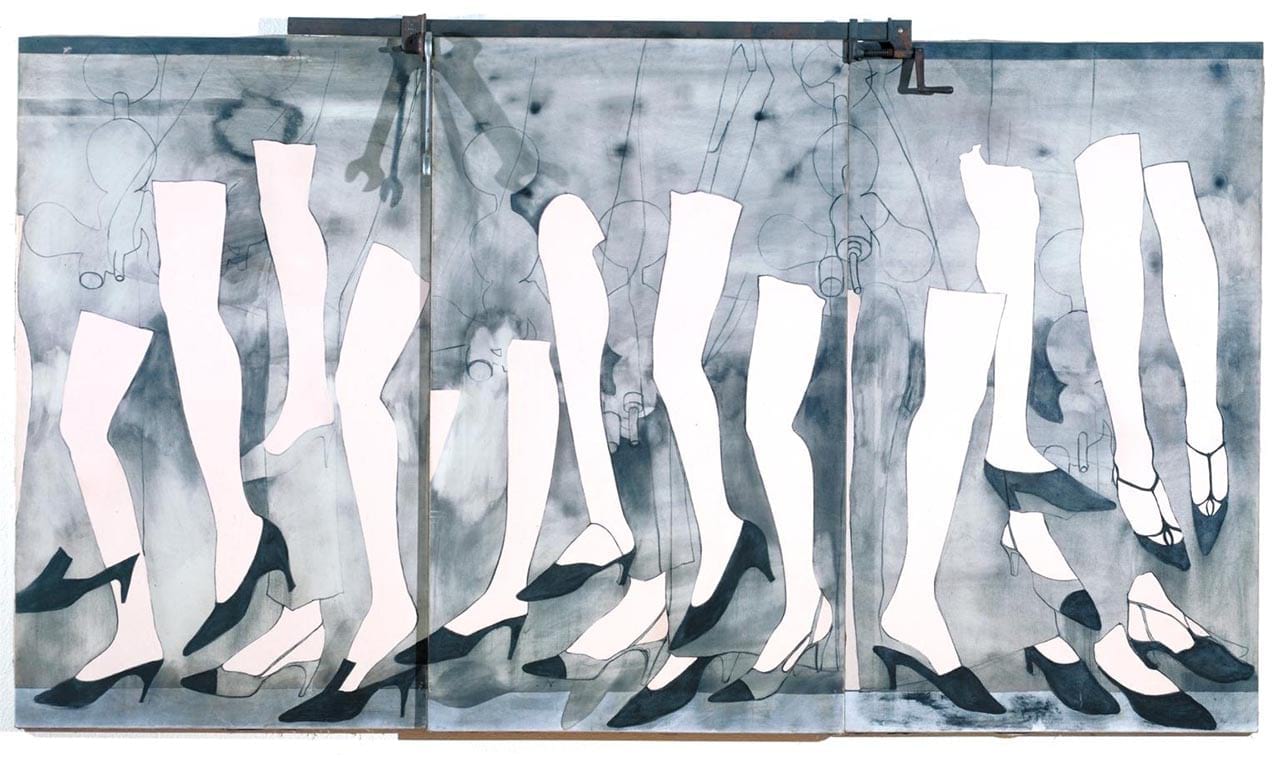 By combining the iconic and the personal, Jim Dine has been able to inscribe his individual feelings and experiences into art history, preserving his memories in time. He ascribes a sense of personal warmth to the everyday and charges each object he depicts with an emotive sensuality and a little bit of himself. In the early 1960s, Dine took this a step further and would even attach items of his own clothing or personal significance to his canvases—his shoe or paintbrush glued to a heart giving the work a new physical and emotional dimension.

Dine is now 83 years old but continues to work and has become increasingly experimental in his later years. He began The Black Paintings, which are currently making their US debut at Richard Gray Gallery in New York, in 2015 at aged 80. Inspired by his “dictionary of non-objective shapes” these paintings, which were completed by mixing acrylic, sand and charcoal, are a radical departure from his other works. Intended to represent “the passion that is waiting to erupt from his hand”, these abstract pieces resist direct explanation and do not employ any of the set objects from his artistic language. They lack the immediately accessible motifs he has become known for and are instead based on his unformed feelings, still characteristically autobiographical.

Bursting onto the scene with his chaotic and Neo-Dada inspired Happenings performances, Jim Dine has become a master draftsman with an iconic visual language based on objects rooted in his own memories. Early in his career, he embraced new reproductive printmaking technologies, alongside Andy Warhol and Robert Rauschenberg, challenging the elitism of high art, but also not assigning himself to any movement. He will leave behind a legacy of motifs and a dedication to materiality that stood him apart from his contemporaries. If an artist’s work is linked to the development of their persona, then no other artwork can be said to reveal more about their maker than Jim Dine’s.

Jim Dine: The Black Paintings is on display at Richard Gray Gallery, New York until December 21, 2018. 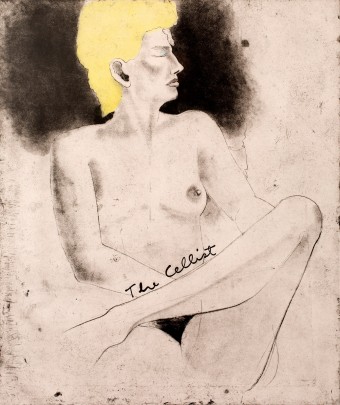 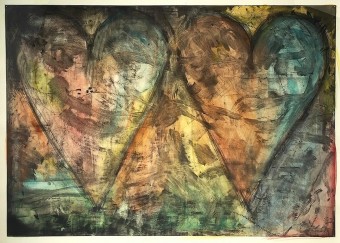 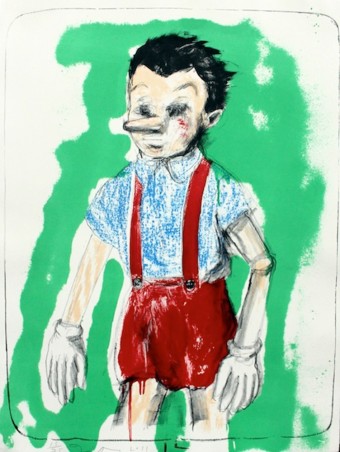