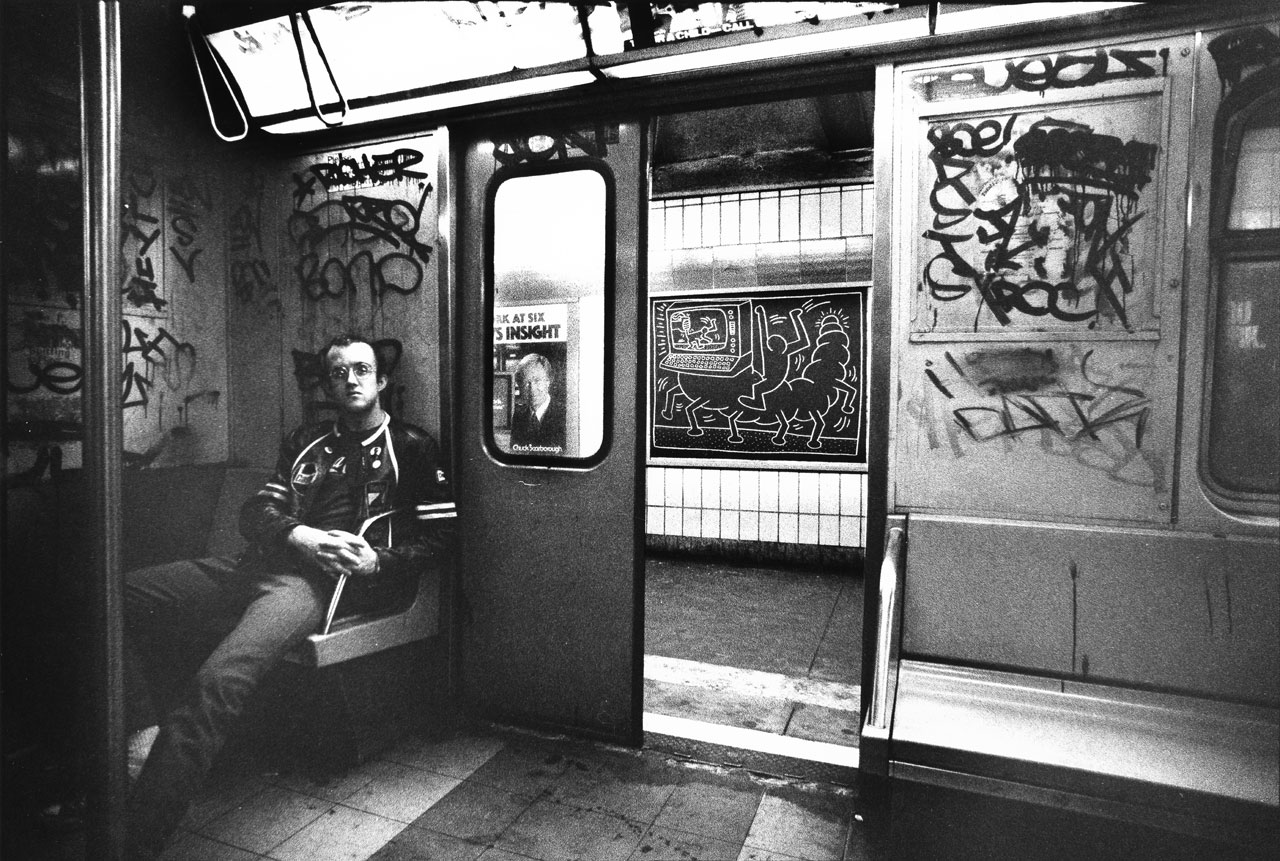 In the 1980s you’d be forgiven for thinking Keith Haring had been employed to wallpaper Manhattan, so ubiquitous were his images of radiant babies, barking dogs and euphoric dancers. For a few years, New York’s famously dangerous subway became his own personal art salon, teeming with his pulsating and iconic chalk figures. It was clever too. Millions of commuters each week were absorbing this new and vibrant visual language.

Working at speed, he found space wherever he could, defacing billboards and the black spaces that existed between them. Crowds formed around him whilst he drew, it was a performance piece as much as anything and it did not take long before the art world began prowling. First up was influential curator Henry Geldzahler, who immediately, as the story goes, gathered up all his 60 or so staff and held up the drawing he had just bought from Haring’s studio and said: “This artist is 23 years old. His name is Keith Haring and he’s a genius. If you can do it, go out and buy yourself one of his paintings.” 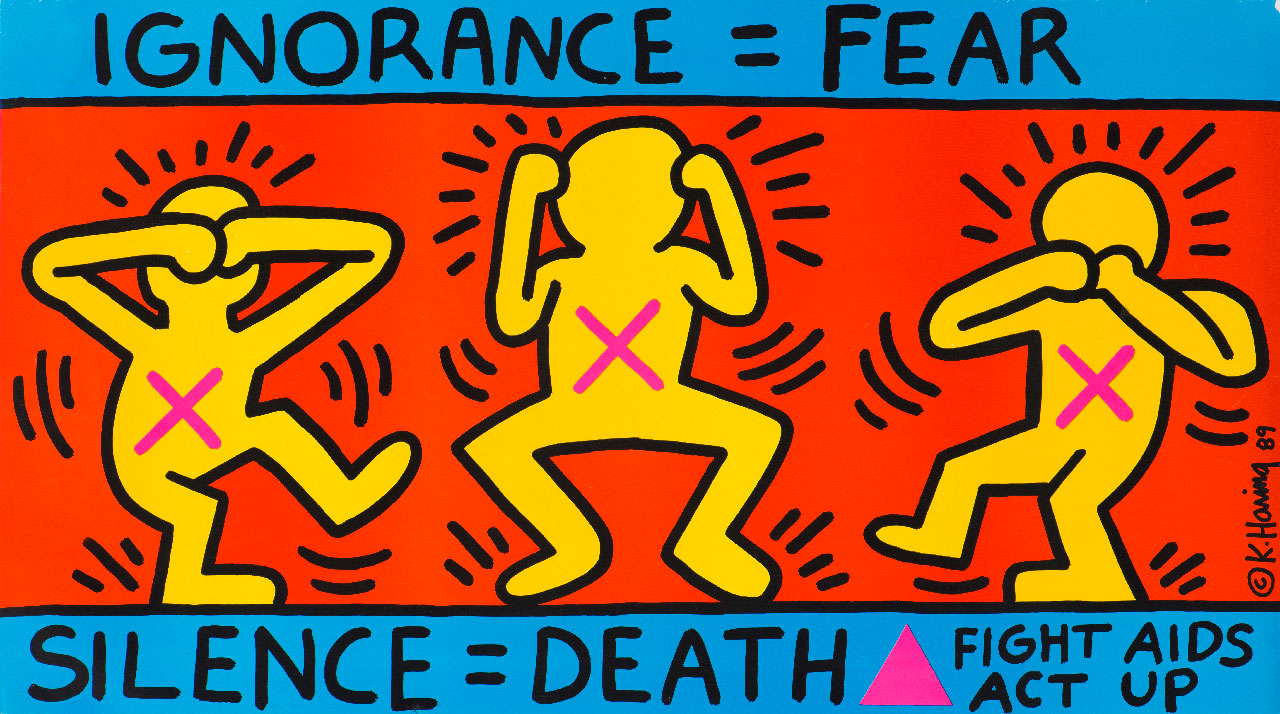 Those staff members who did not follow his advice must be now kicking themselves. The price of his work has risen at least tenfold. Even then, at this tender age, he was celebrated for the confident strength of his line. The style was simple and convincing, bringing a smile to everyone who looked upon it and giving off a radiant upbeat energy. Which of course is nonsense. His work tackled many of the most pertinent questions of the day, from apartheid, the Aids epidemic to the soaring rates of crack addiction.

Those apparently childish scrawls belied a forthright moral aim, to draw attention to the oppressed and abused. His greatest skill was in taking on these issues in an accessible manner – Hieronymous Bosch with a Disney makeover.

But before he became an international superstar, famously muralling the Berlin Wall and Grace Jones’ naked body, he was a young Pennsylvanian art student who never expected his images to last. He was arrested multiple times for public defacement but he was never the bad boy of graffiti. He was too nerdy looking, with oversized glasses and a gawky, hopeful face. He lacked the destructive romanticism of Basquiat, but like his fellow artist, he was heartfelt populist, determined to take his art out of the salons and apartments of rich collectors and give it mass expression on the streets.

That all changed in 1986 with the opening of his Pop Shop. He thought it would bring the “democratisation of culture” but instead it thrust him into the epicentre of the art market. Savvy dealers turned up on mass “to buy his lithographs.” The shop sold everything from Haring T-shirts, Haring socks, Haring chairs. New items are still being produced and even today, 30 years after his death, you can still buy online Haring Yoyos and baby-carriers and playing cards and stickers. 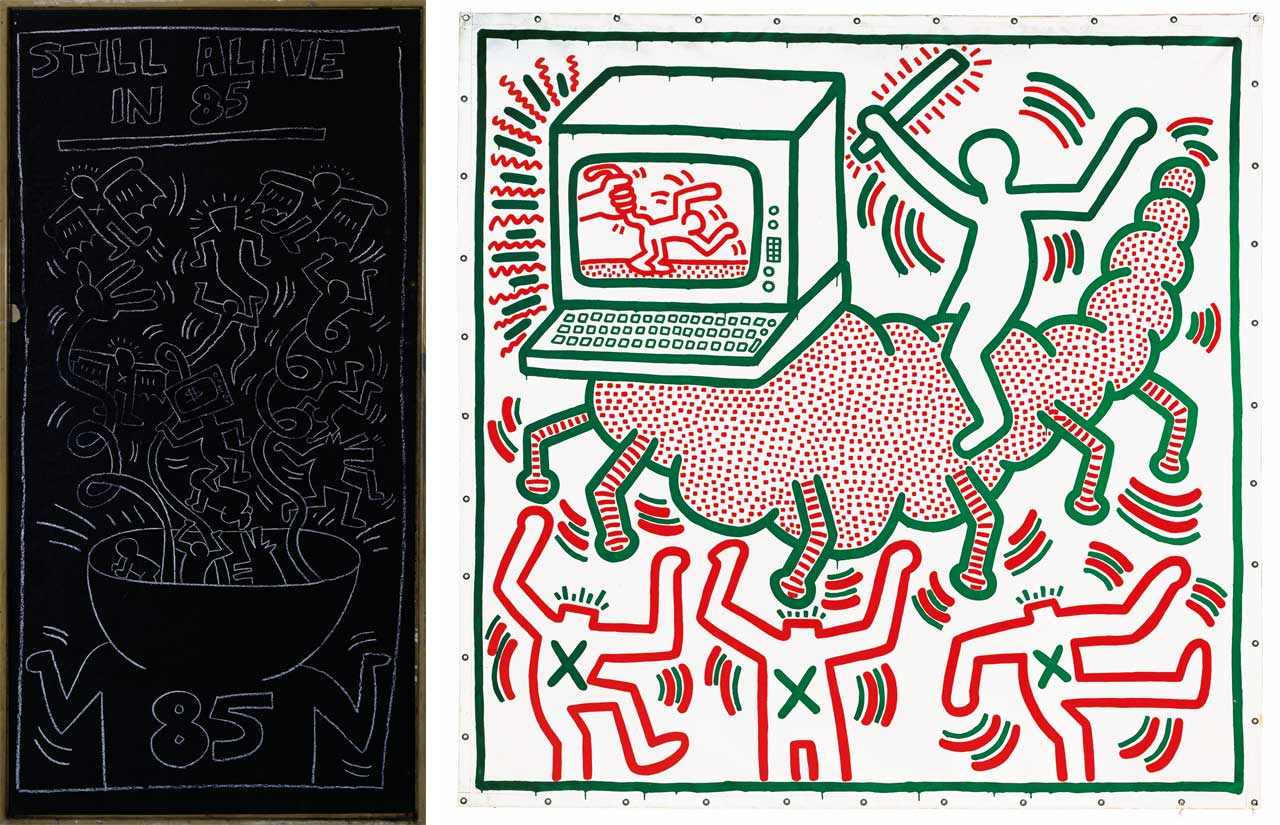 When, in 1988, he found out about his AIDS diagnosis he “went over to the East River sat on a bench and cried.” But he did not retreat. Instead, he worked harder than ever, founding his eponymous foundation to provide funding for Aids awareness and educational programs. Three years after his diagnosis he would succumb to an AIDs-related disease, aged just 31.

Nearing the end of his life, weakened and sometimes barely able to pick up a pen, he carried on working. His work “Ignorance = Fear” was released at a time when four people were dying of AIDs every hour. Shame and secrecy meant no one was talking about the epidemic. Ronald Reagan’s administration was refusing to react, exacerbating the disease and there were ridiculous fears being propagated that the disease could be spread with a cough, a kiss or a shared cup. 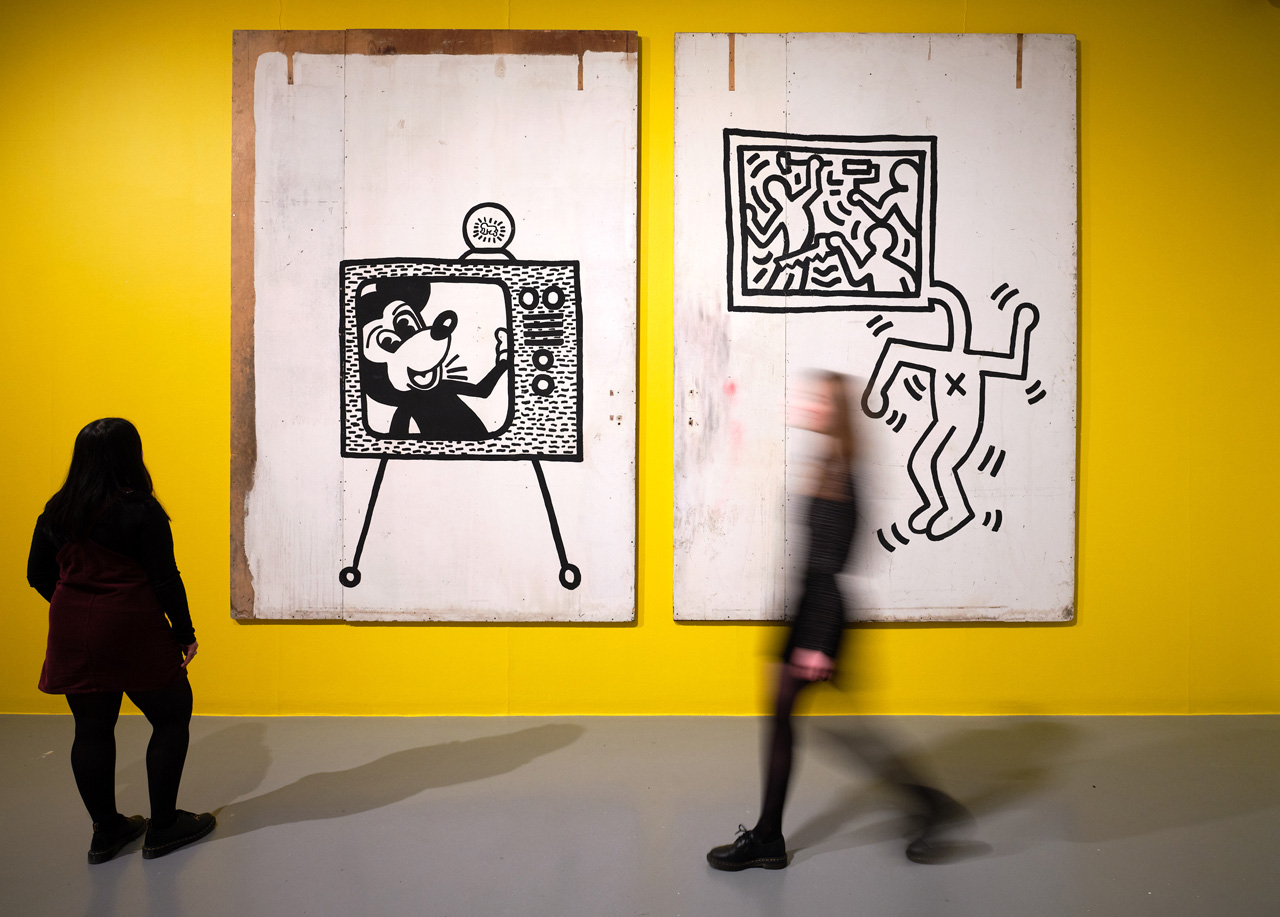 Haring joined up with Act Up, a group of activists whose intention was to make as much noise as possible about the disease; his three figures, covering the eyes, ears and mouths “See no evil, Speak no evil, Hear no evil” acted like a global alarm call and did much to raise awareness around the world. The boy who never stopped drawing, once said that his “contribution to the world is my ability to draw. I will draw as much as I can for as many people as I can for as long as I can.” Luckily for us he did just that.