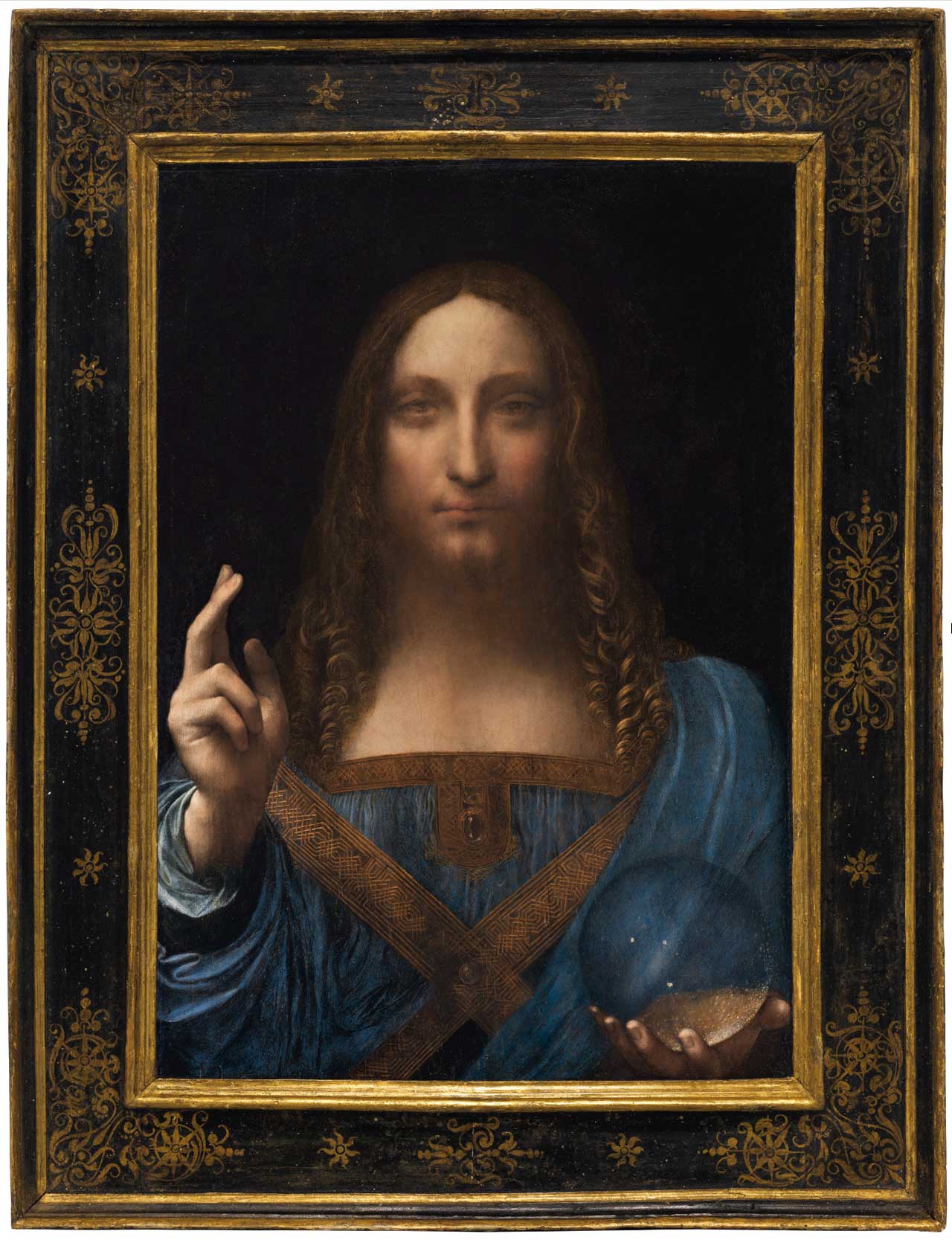 It is amazing to think that just 12 years earlier, in 2005, Salvator Mundi, the painting that has just broken all previous records to sell for $450.3 million, sold at a local auction for just $10,000. This so called “sleeper”—a term used to describe artworks of major worth that had hitherto slipped unnoticed—is expected to inspire a whole new generation of people to start clearing out lofts and visiting garage sales in search of forgotten masterpieces.

Bought by an anonymous buyer earlier this month at Christie’s, New York, Leonardo da Vinci’s long lost painting is now the most expensive artwork in history. Dating from around 1500, it is one of only 20 paintings in existence by the Renaissance master. It depicts the torso of Christ with one hand raised in a blessing, and holding a transparent orb in the other. Intriguingly, it is said to possess that same presence and uncanny strangeness as Leonardo da Vinci’s Mona Lisa.

Sotheby’s must be kicking themselves. In 1958 their experts in London failed to identify the painting and sold it for just £45. It then disappeared for a while until it resurfaced again at a local auction in Louisiana in 2005, where it was bought by a consortium of owners for $10,000. Counting an historian in their midst, the consortium had done their research, and had an inkling that this work had been mistakenly overlooked.

They paid for it to be meticulously restored by the conservationist Dianne Dwyer Modestini in New York. The conservator’s account of removing the first layers of overpaint, and seeing what lay beneath is hugely exciting. The painting was in a dreadful state, centuries of neglect and overpainting had taken their toll. But when it dawned on her what she was working on, her “hands were shaking”, she went home thinking she “was crazy.” The consortium’s gamble had paid off.

Immediately people started to take notice and in 2011 it was included in the Leonardo exhibition at the National Gallery in London. The show’s curator authenticated it as the long-lost Leonardo da Vinci recorded in the collection of Henrietta Maria, wife of King Charles I of England. Now with the backing of a prestigious museum, it was sold to the Swiss businessman, Yves Bouvier in 2013 for $80 million. That same year he flipped it to Russian businessman Dmitry Rybolovlev for $127.5 million.

It was Rybolovlev who last week sold it at Christie’s for its staggering sum. But apart from the price, what marks out this sale is the fact that it was included in Christie’s Post-War and Contemporary Art Evening Sale, despite it being a work by an Old Master. Increasingly, auction departmental divides are being ignored to maximize the potential of the most significant works of value. This is expected to lead to a “best of the best” auction scenario. With the inclusion by Sotheby’s earlier this month, of one of Michael Schumacher’s winning Ferrari Formula 1 cars in its contemporary sale, this trend is only set to continue. 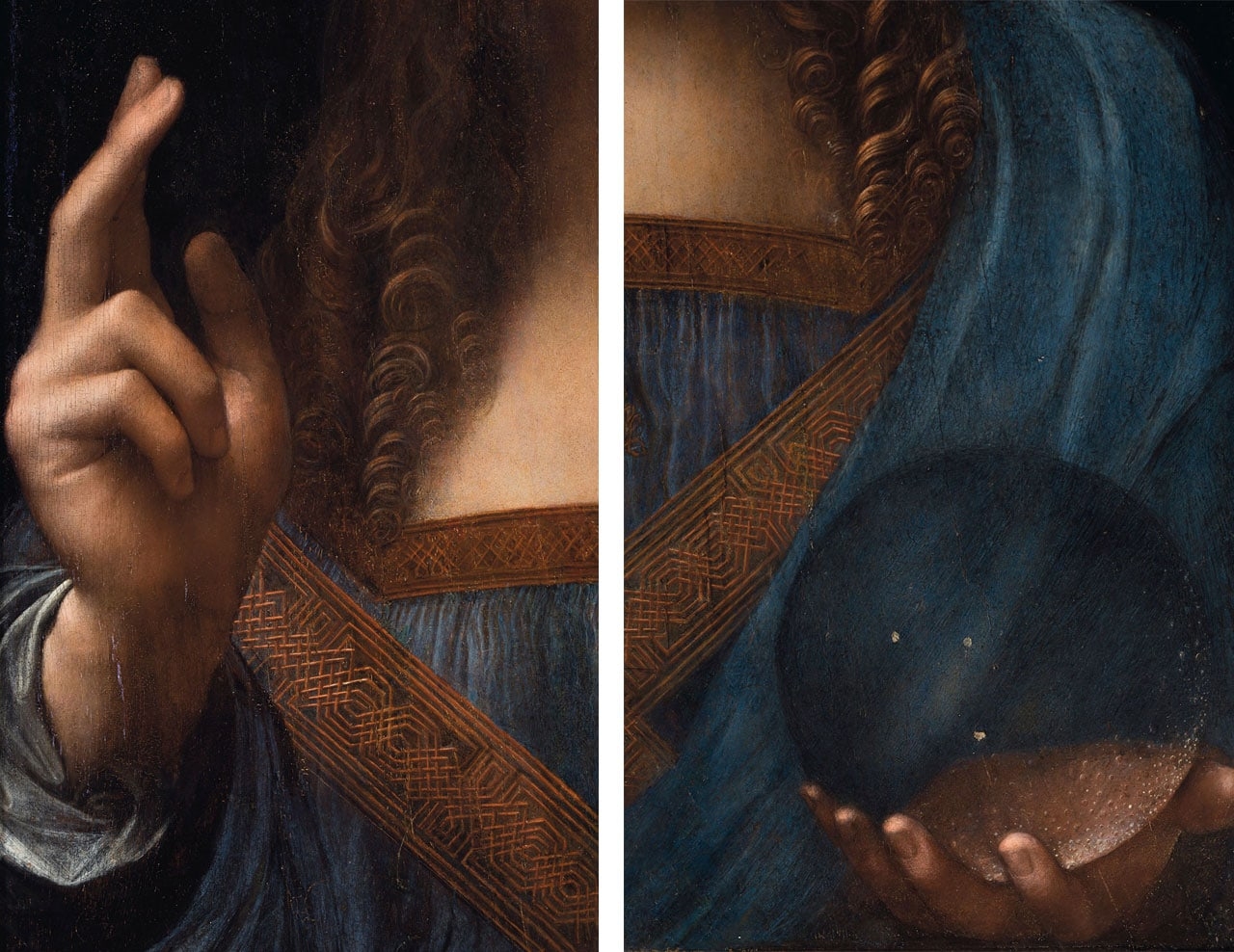 Christie’s marketing of the painting has been tremendous. Catalogued as the “The Last da Vinci” painting in private hands, this remarkable sale was achieved despite there remaining profound questions as to the provenance and authenticity of Salvator Mundi (Saviour of the World). Art critic and writer Mark Hudson questions whether the work is actually by the Milanese master’s follower, Bernardino Luini. He goes on to add that if it is in fact a Leonardo da Vinci, it is certainly not a “masterpiece”, and certainly not worth such an exorbitant sum.

Attention has now turned to the new owner, with speculation rife that the painting is headed to the Louvre Abu Dhabi—the newly opened “art and civilization museum” in the gulf emirate that has paid hundreds of millions of dollars for its links to the actual Louvre. The final price has more than doubled the previous highest price paid for an artwork at auction, the 179.4 million given at Christie’s, New York in 2015 for Pablo Picasso’s Les Femmes d’Alger.

Whether Salvator Mundi is heading off to Louvre Abu Dhabi or not, of significant interest to the art market experts is the record high proportion of winning bids in the November sales emanating from Asia. Even when disregarding Salvator Mundi, Asian bidding accounted for 40% of Christie’s total $479 million takings at its Impressionist and Modern Art Sale on the 14th November. The auction included lots by van Gogh, Pablo Picasso, Marc Chagall and Henry Moore.