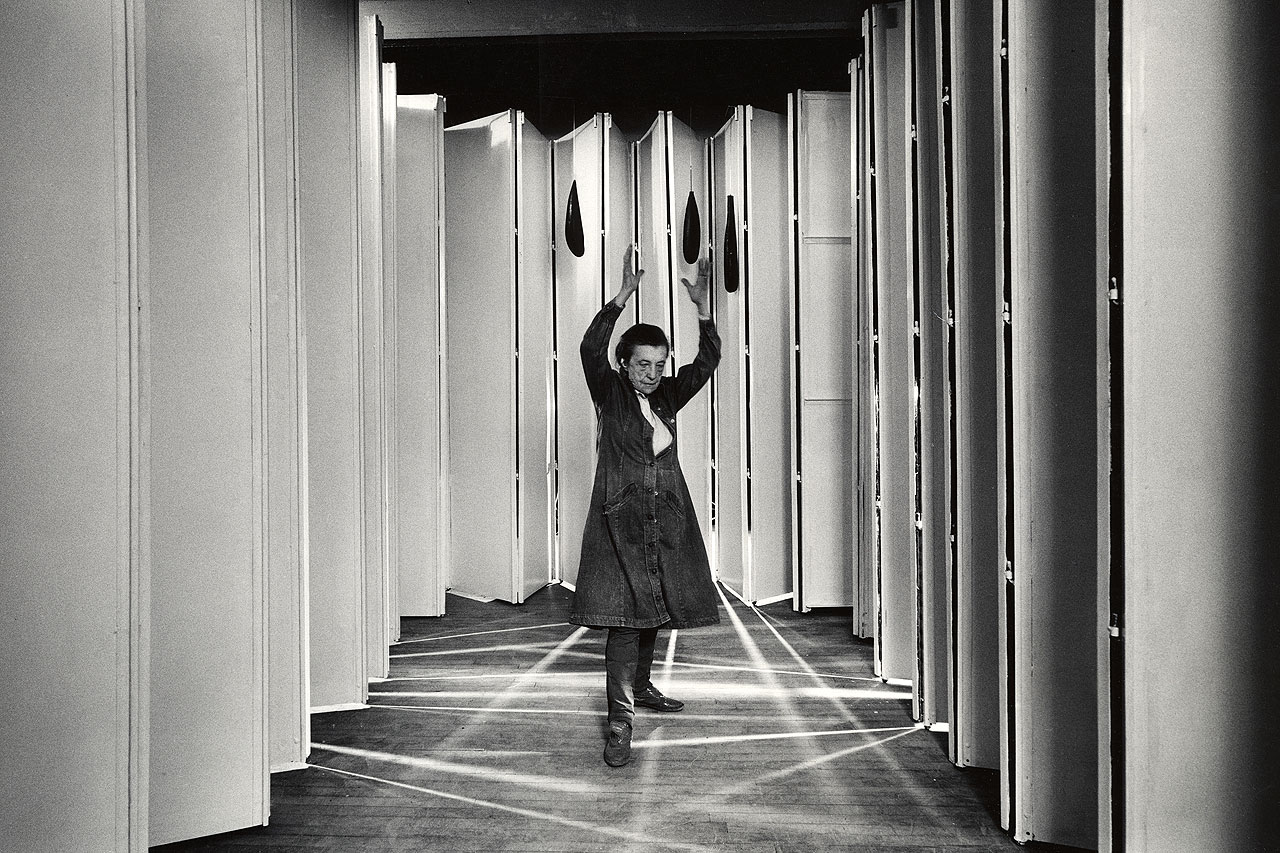 Before sensationally revealing the traumatic story of her childhood in her project Child Abuse in Artforum in 1982, few if anyone knew the secret of Louise Bourgeois’ father’s affair with their teenage English governess. Soon it became the central prism through which much of her work was viewed, not least because of a careful perpetuation of that myth by the artist herself, “Everything I do is inspired by my early life,” she remarked in the project, typically informative and yet maddeningly evasive all at once.

Of course the story was a fascinating one, Louise Bourgeois’ Child Abuse project laid bare the true horror of her upbringing, and the teenager, Sadie Gordon Richmond, who for 10 years became her father’s live-in mistress, a scenario the mother had no choice but to tolerate. Bourgeois only found out about the “double betrayal” from the girls who worked at the father’s tapestry workshop, as they cruelly dangled the “rumors” to the young Bourgeois. In the accompanying text to an image she wrote “I am a pawn. Sadie is supposed to be there as my teacher and actually you, mother, are using me to keep track of your husband. This is child abuse.” 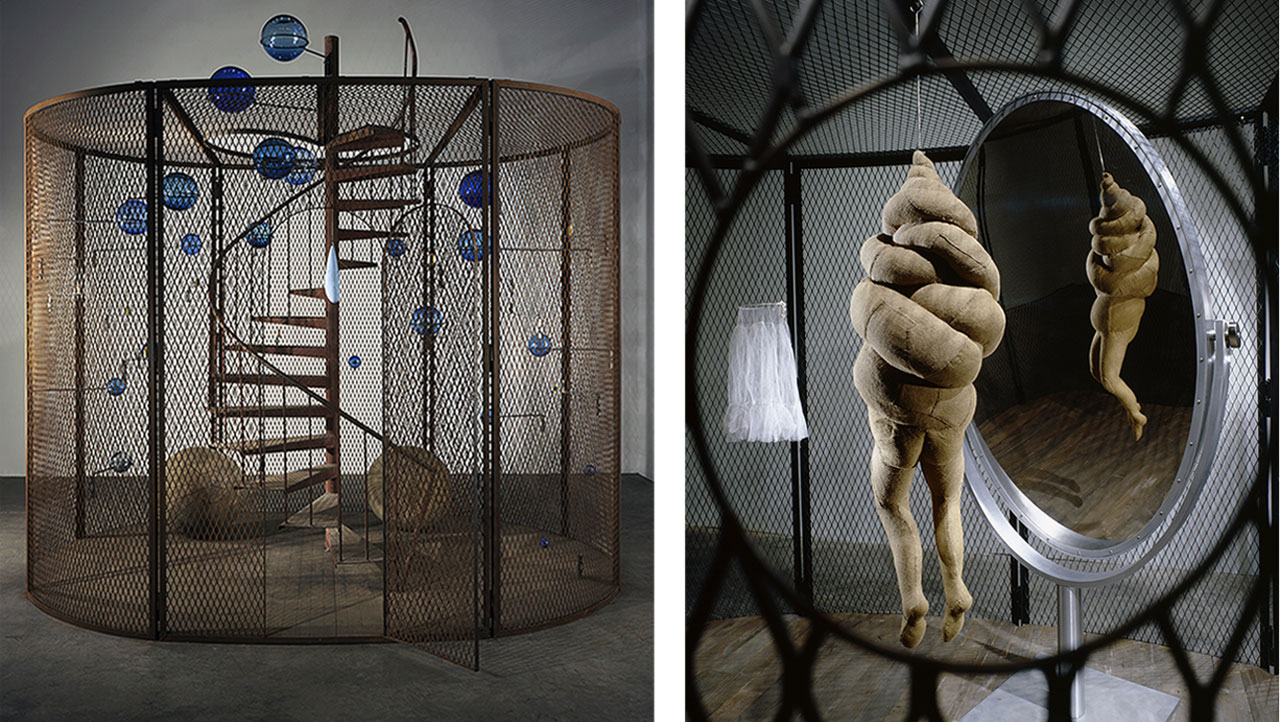 What made Louise Bourgeois’ Child Abuse so extraordinary was that up until then she had not revealed anything about her private life: “Do you want me to talk about my personal life?” She once said, “I don’t like to do that.” Her decision to release this pivotal work coincided with a solo retrospective at MoMA in New York in 1982—its first ever retrospective awarded to a female artist. It was then that this previously respected but little known artist suddenly became a shooting star, perhaps even more remarkably, she was 71 years old.

At a time when contemporary art was hard to explain, Louise Bourgeois’ Child Abuse had provided a story of intrigue, one that offered insights into an enticing reading of her own work. Of course the reality is far more complex than this. Bourgeois remains an enigma, a “panoply of contradictions”, that disavows all perceived certainty about her work. Germaine Greer has suggested that her narrative was manufactured, that she had decided to “manage her own text”. Tellingly Bourgeois once admitted that she told “stories to keep questions at bay.”

Soon after her MoMA retrospective was completed Bourgeois began work on her series of cells, many of which are considered her most explicit autobiographical works. Constructing the architecture from her childhood, the dense claustrophobic interiors are laden with overt symbolism. In Cell (Choisy), 1993, her childhood home—meticulously recreated in marble—sits in the middle of a chamber with an enormous guillotine blade hanging above it. It is these cells which are the focus of the latest exhibition now on at the Louisiana Museum of Modern Art in Denmark.

Louisiana MoMA has compiled 25 of her cells, the first time so many have been brought together for one exhibition. Originally it was intended that you could walk inside of them, now it is only possible to look through the cracks and openings like voyeurs. Each of the cells possess everyday objects such as a bed or hanging coat, their familiarity adding to the psychologically tense scenarios. In Cell XXVI, 2003, a jute spiral doll hangs in front of a mirror. The mirror not only distorts the doll but offers the viewer no return reflection, the doll itself looks as though the innards have been exposed, her way, perhaps of turning life inside out. 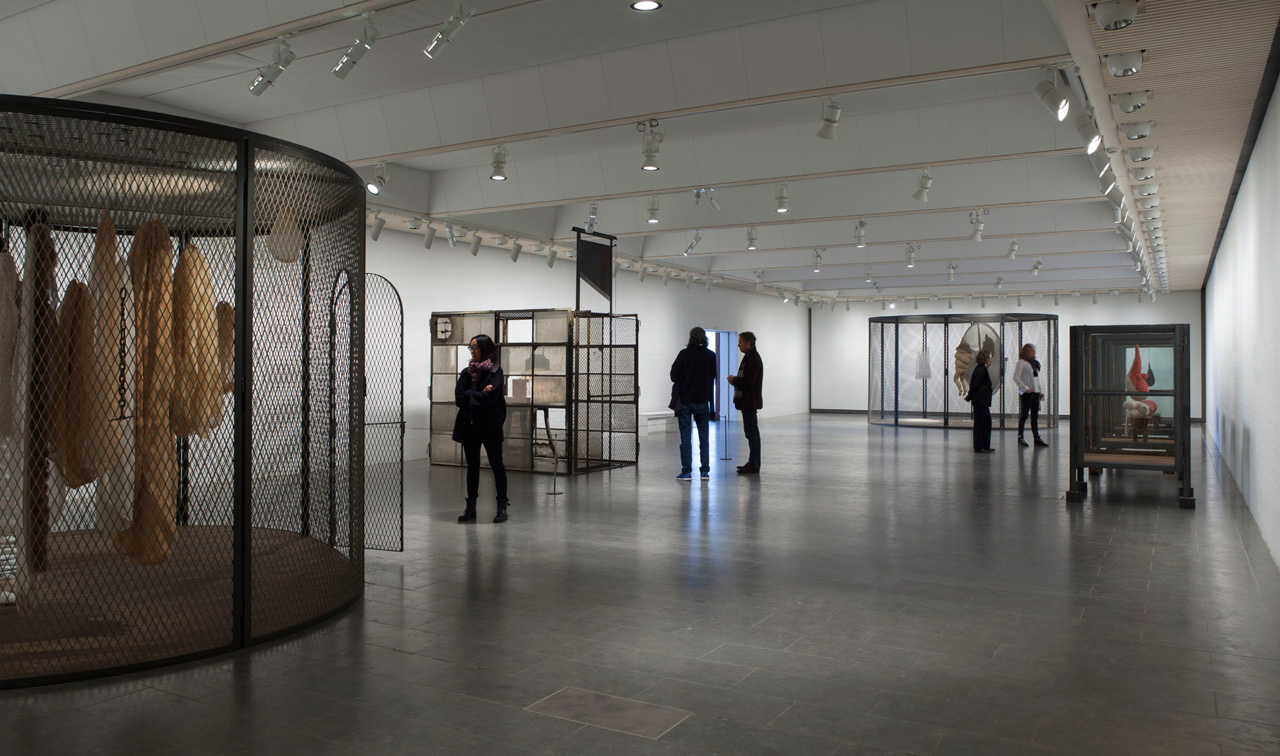 Intriguingly, many saw Bourgeois as a feminist icon, an artist who reacted against the prevailing masculinity of such artist movements as the Abstract Expressionists—she was friends with Jackson Pollock and Mark Rothko. But this was a title she would utterly reject. She viewed her work as being pre-gender, “For example”, she once said, “jealousy is not male or female.” Bourgeois was more concerned with sexuality and fragility, and the insecurity of memory, the architecture of which she so wholesomely constructed.

So often the inherent contradictions in her work stay with you, like her Mamans, those enormous spiders that loom over the viewer with legs like bundles of angry nerves, these were “portraits of my mother… I want to walk around and be underneath her and feel her protection.” To almost every other visitor they were fearful and overwhelming. These are now her most recognizable works, and the source of her name, Spider-Woman. As usual the connection she makes with her family is unquestionable and somehow too perfect, “Like a spider” she once said, “my mother was a weaver.”

In fact her mother ran the workshop that repaired the tapestries her father sourced around France, he would then sell them in his gallery in Paris. She was the middle child, and her father’s clear favorite. Despite his tyranny they remained close and after his death in 1951 she did not exhibit any work for a decade. In I Love You, Bourgeois’ limited edition dedicated to her father’s hollow words of affection to her mother, the potency stems not from the words but from the empty annotated sheet of music paper on which the words are scrawled—recalling its tuneful artificiality.

Bourgeois’ art is brimming with all the things that made life meaningful but what made it monstrous too. More than anything she was able to conjure the maddening jealousy and intrigues of life, in her raw, beautiful, and brutally honest work. When she died aged 98 in 2010 she was widely regarded as one of the great artist figures of the twentieth–century. So venerated in fact that in in 1999 she became the first artist to create a commission for the Tate Modern’s Turbine Hall. She leaves behind an exceptional and consistently brilliant body of work, that seems to slowly, painfully, pull apart the stiches that formed her own tapestry of experience. For an artist who had largely been overlooked for the first 50 years of her working life, the Spider-Woman’s mature period impacted the world in a way few artists have ever done before.

Louise Bourgeois, “Structures of Existence: The Cells” runs from the 13th of October through to the 26th of February 2017. 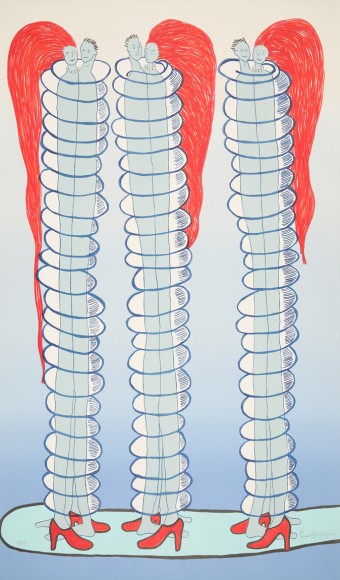 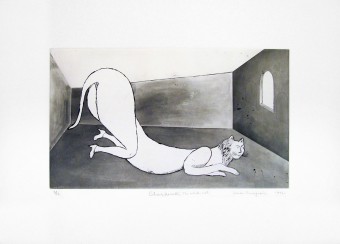