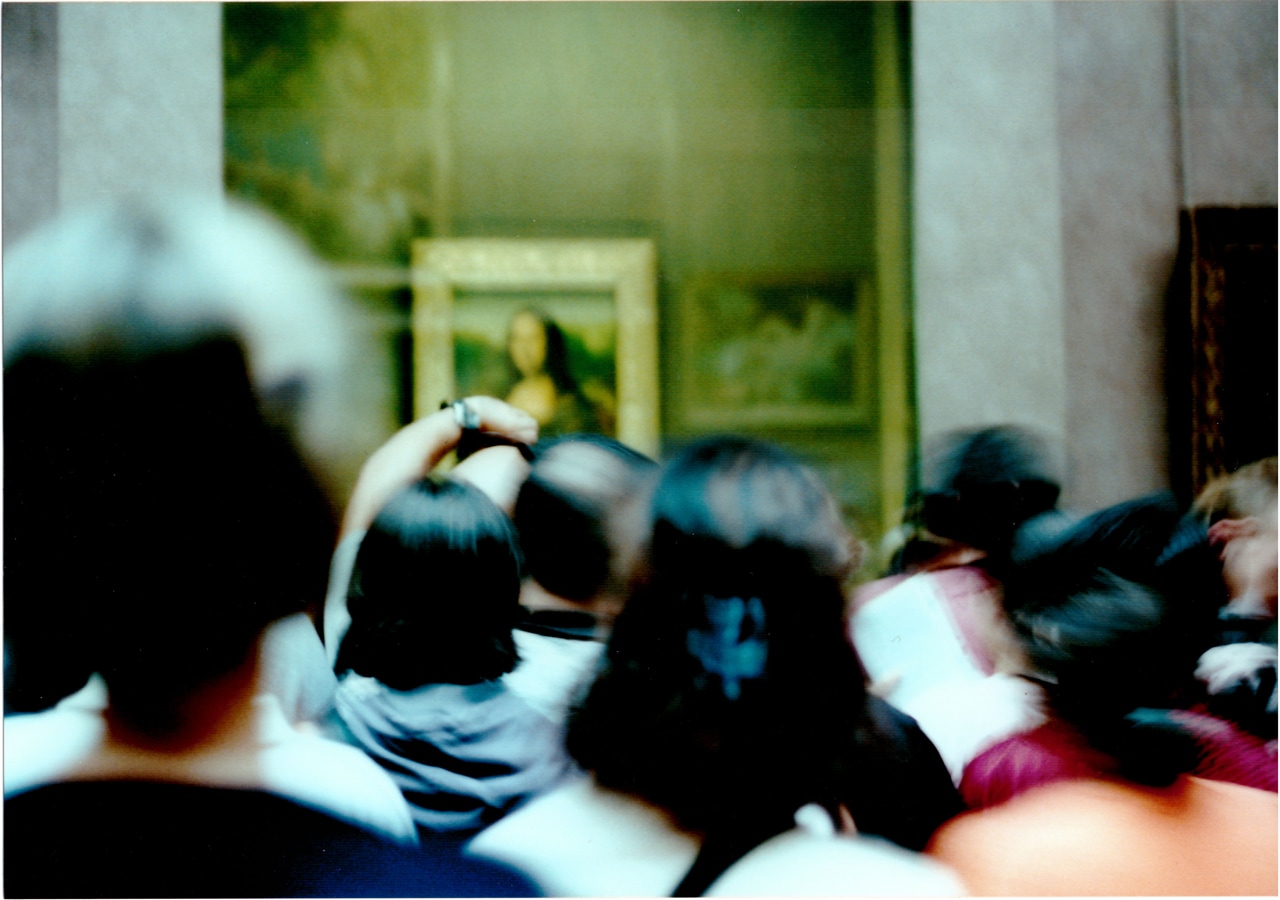 For many of us being refused entry to the Louvre might not be first thing that springs to mind when we consider the devastation caused by Coronavirus, but for art historian James Gardner, the museum’s recent closure embodies the “extraordinary and magnificent” freedoms that, until several weeks ago, we “thoughtlessly accepted as our natural and inalienable right.” He is certainly right about one thing: being denied access to an art collection so ludicrous in its richness and variety it will never be rivalled in human history, can and will never be taken for granted again. 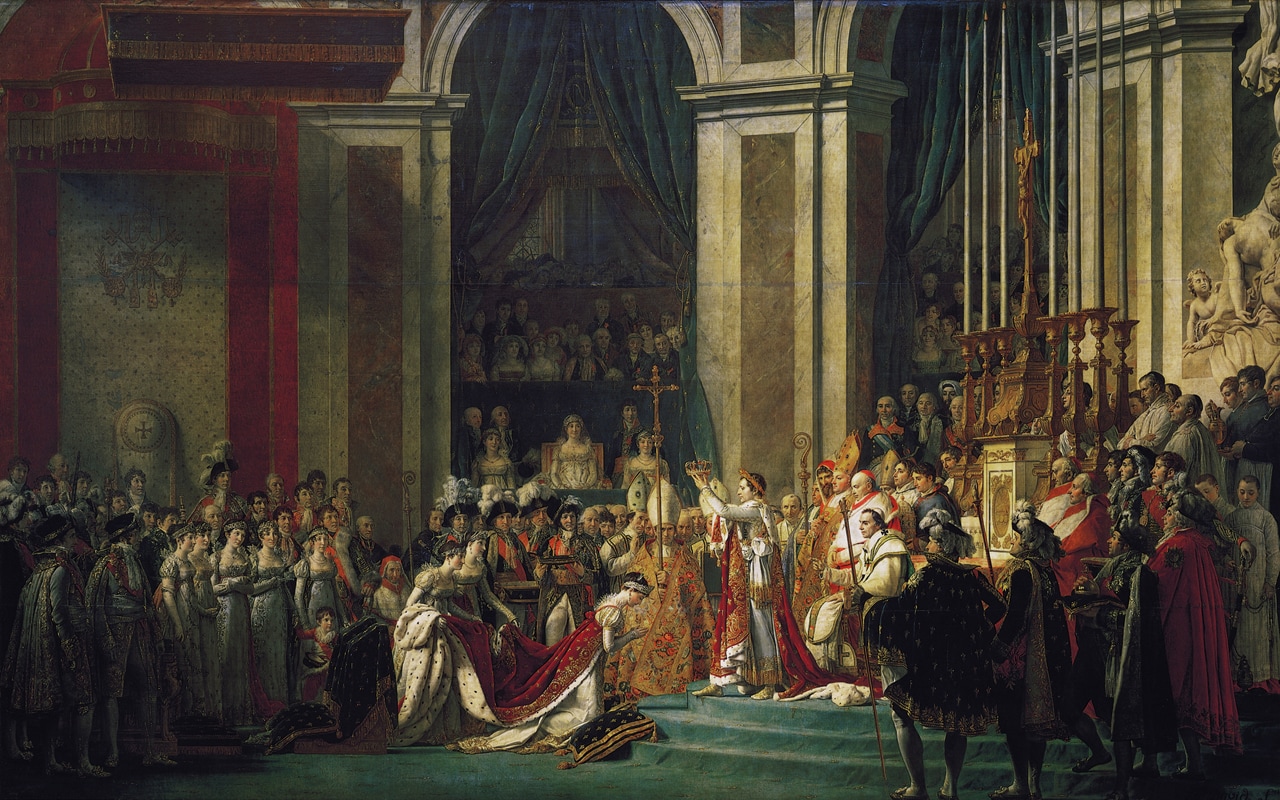 Of course this isn’t the first time this vast gallery complex has been forced to close. Throughout its 227 year history, the Louvre has had to contend with four foreign invasions, including the Nazis invasion in 1940 and the compulsive looting of Hitler’s high-command: the May uprisings of 1968, the aftermath of 9/11, and some intense weekends during the Yellow jacket protests of 2019. Each is a story filled with intrigue, rivalry, and drama, and each is thrillingly recalled in Gardner’s The Louvre: The Many Lives of the World’s Most Famous Museum published this week by Grove Press UK.

Opening on November 8th, 1793, with the Reign of Terror in full swing, few museums have ever opened in more perilous circumstances. The French Revolution had already swelled its vast gallery space with the paintings and artworks seized from the aristocracy – Gardner recorded that the collections of over 93 aristocrats were stripped bare and more than 13,000 artworks confiscated. When the Louvre finally reopens, you’ll see that many modern labels still bear the words: “saisie révolutionnaire” (revolutionary confiscation). 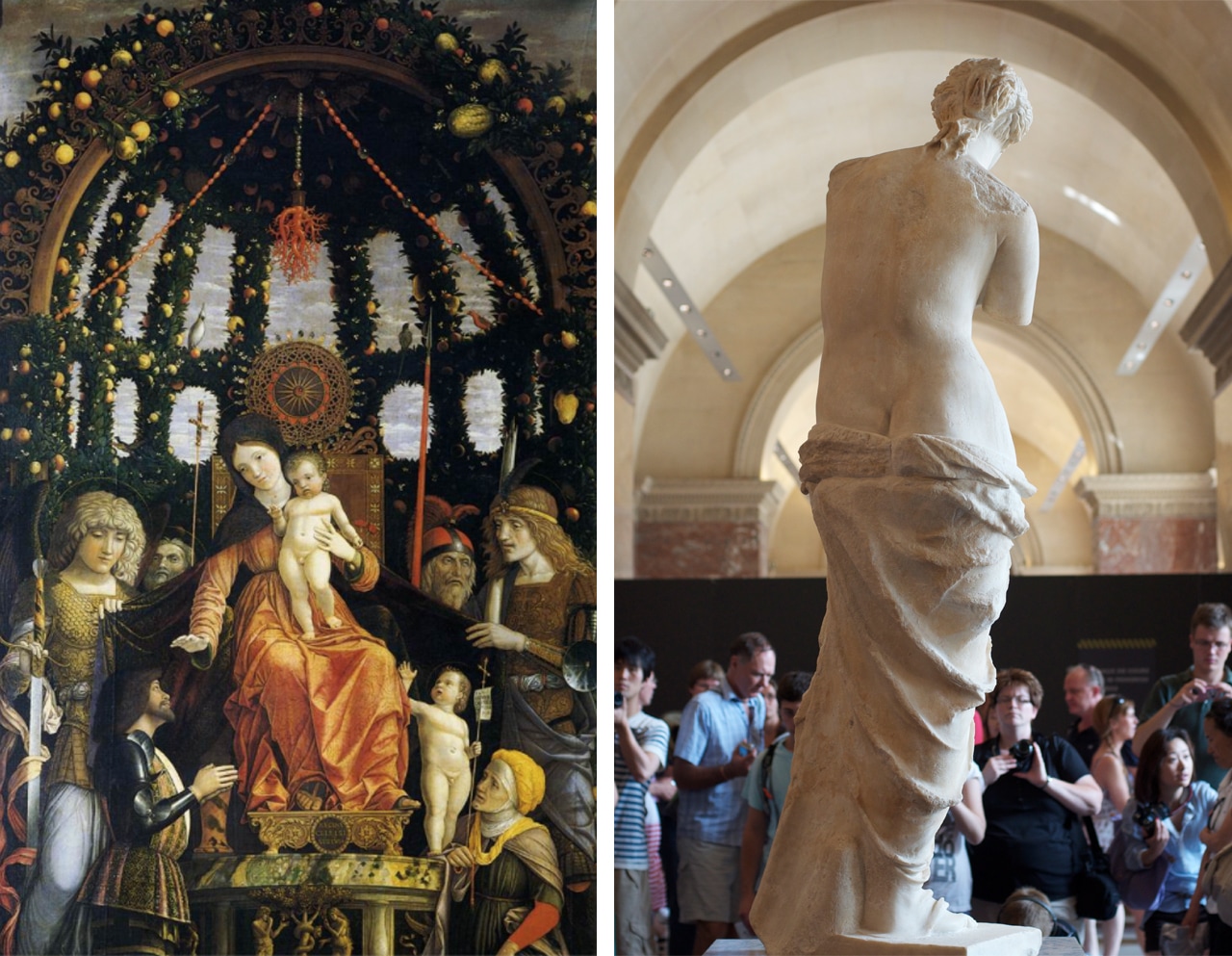 Once the ideological ambitions that had first fuelled the revolution had given way to dreams of empire, the French army, led by Napoleon Bonaparte, took seizing art to an “almost industrial dimension”. Realising he needed to cultivate an image of himself as a statesman, not just a soldier, the young general had more than just military conquest in his mind as he led his army through Europe and towards the Levant. Gardner calls these campaigns “unique in the history of warfare in that their goals had almost as much to do with the acquisition of art as with the conquest of territory.” Napoleon compiled a significant band of “artists and learned literary men” to follow secretly in the army’s footsteps with the mission to carefully remove “monuments of art and science and bring them into France”. 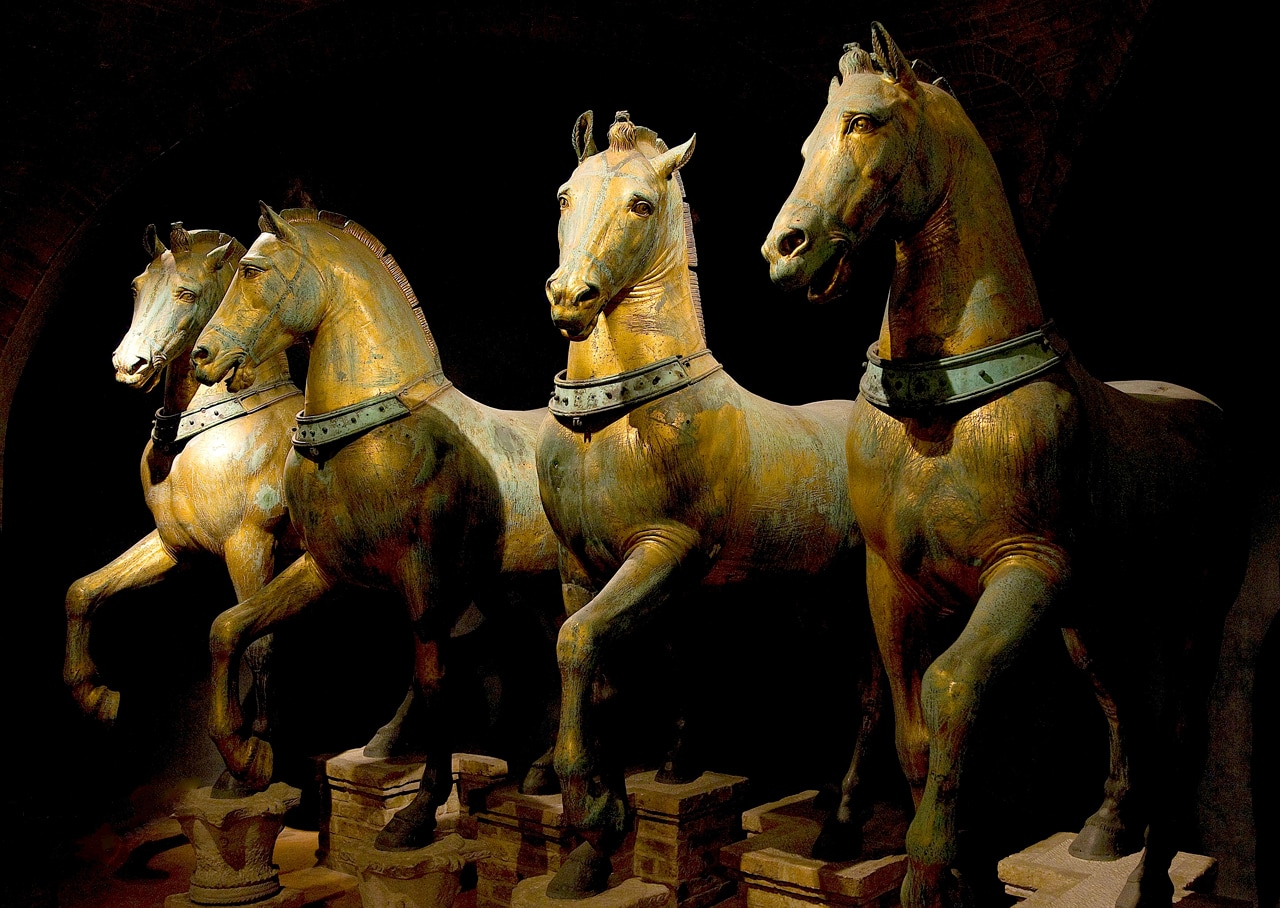 For Napoleon and his armies, there was one country’s cultural treasures they prised above all others; the unrivalled riches of Renaissance Italy. After invading Veneto, Napoleon seized Andrea Mantegna’s The Virgin of Victory and Vittore Carpaccio’s The Sermon of Saint Stephen. Both masterpieces still currently reside in the Louvre. His invasion of Venice brought him the four horses from the facade of the Basilica di San Marco (which the Venetians themselves had stolen from Constantinople’s Hippodrome six centuries before).

But it was the invasion of Rome that brought the Grande Armée their greatest loot, making off with the greatest sculpture of antiquity, Laocoön and His Sons from the Vatican and the Raphael’s monumental Transfiguration from San Pietro in Montorio. On arrival back in Paris, these masterpieces were “assembled into perhaps the most astounding spectacle the world had ever seen,” a triumphal procession of imperial spoils combined with live lions, bears and camels and all carried on to the fields of Champs de Mars. 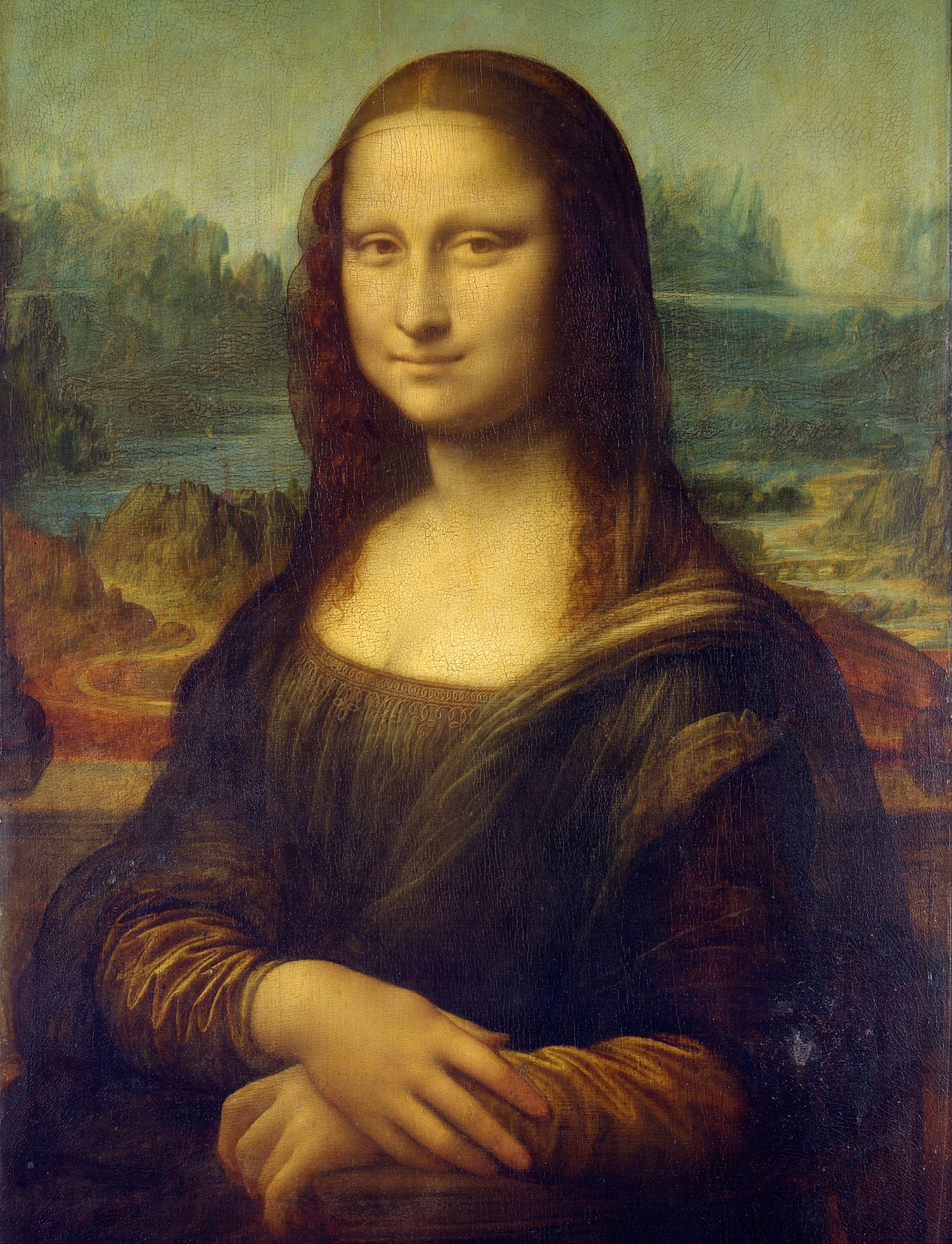 After Napoleon’s defeat at Waterloo in 1815, at least 5,000 paintings and sculptures were restored to their original owners by a consortium commissioned by the Pope and accompanied by soldiers from both the British and Austrian armies. When the museum reopened two years later in 1817, its large galleries were strewn with blank, empty spaces, prompting Stendhal, the French novelist, to complain bitterly that the French were the true victims, the Italians “stole from us what we had won.”

One of the bizarre events in the Louvre’s chequered history is the theft of the Mona Lisa in 1911, a work considered so “central to the Louvre—and so central is the Louvre to France—that Leonardo da Vinci now seems almost as integral to the national character as Napoleon Bonaparte or Charles de Gaulle.” When, two years later, it was discovered to have been hidden under the bed of the Italian glazier, Vincenzo Peruggia, Italians celebrated him as a national hero, seeing in his act of opportunism a form of restitution for the savagery of Napoleon’s pillaging. For once, however, as this excellent book points out, the Louvre had obtained the work without subterfuge. Leonardo da Vinci himself having brought the painting over to France in a suitcase to sell it to the French monarch, François I in 1518. How the painting then found its way into the museum is a whole different saga, one that's well worth reading in its entirety.

The Louvre: The Many Lives of the World’s Most Famous Museum, by James Gardner is published by Grove Press UK.