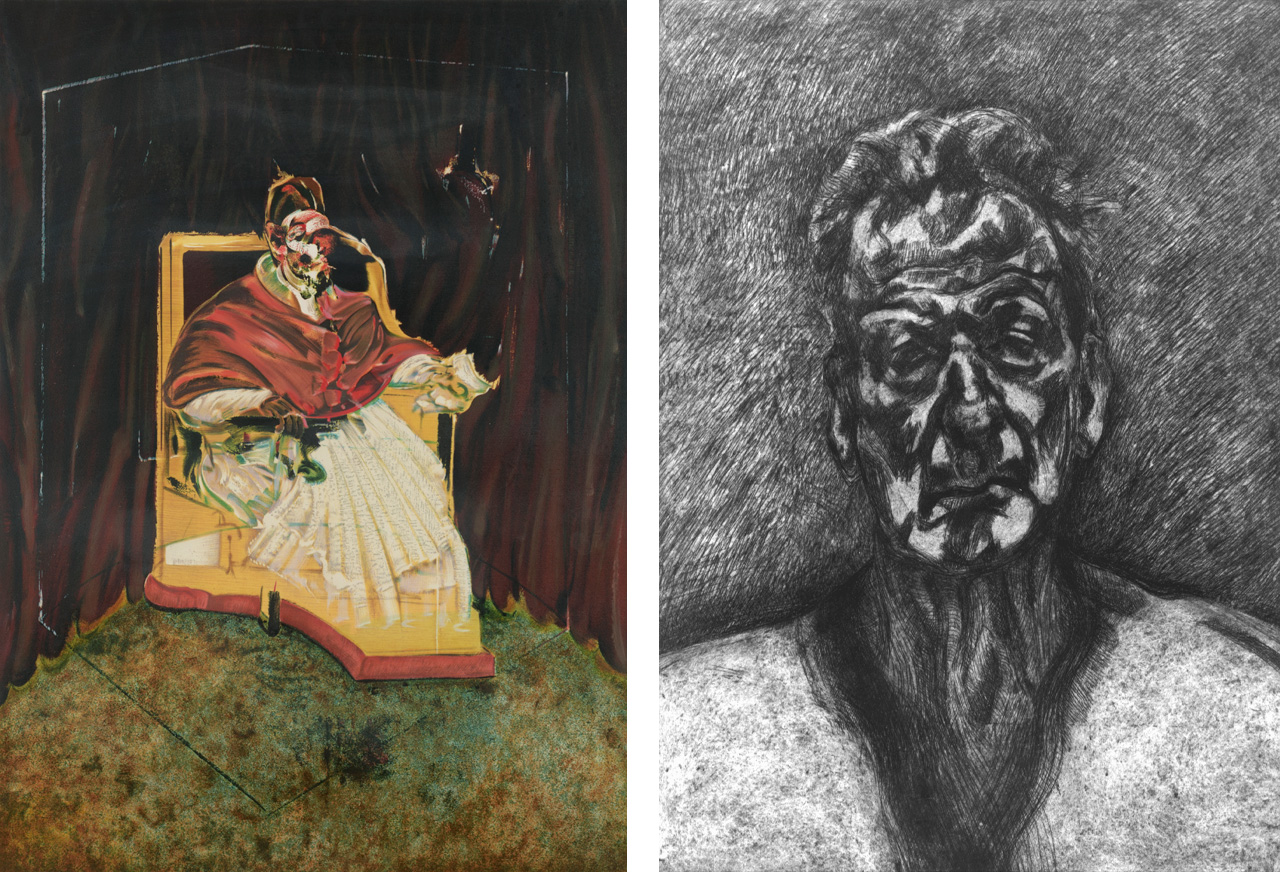 Lucian Freud and Francis Bacon—“two people pulling each other to bits”.

In the history of contemporary art there have been few more fruitful or intense relationships than the one that existed between Francis Bacon and Lucian Freud. They first met in the 1950s in the downtrodden bars and dodgy nightclubs of London’s Soho. At the time Bacon was already enjoying the first ripples of success. The leader of a demi-monde of misfits, his magnificent flamboyance must have been electrifying to Freud, the grandson of Sigmund Freud and still then an unknown artist. Their friendship was never easy, Bacon believed that real friendship consists of “two people pulling each other to bits”. But since their first meeting Freud recalled seeing Bacon virtually every day for a quarter of a century.

Their relationship went far beyond most friendships with the younger Freud even dependent upon Bacon’s generosity. “I've got rather a lot of these,” Bacon would sometimes say, brandishing a wad of cash, “I thought you might like some of them.” It would, according to Freud, “make a complete difference to me for months.” Bacon would often show such disdain for money, it was too conventional, and when not spending it lavishly on alcohol he flounced it on an incurable gambling habit.

In Monaco Bacon would visit a casino “at 10 in the morning and needn’t come out till about four the following morning.” Bacon’s addiction utterly beguiled Freud, who enjoyed its visceral thrill, he too would often make ludicrous bets and lose everything he owned, believing it “helped him not to care too much about money.” But he never quite succumbed to gambling in the same way Bacon did, Freud was too controlled, he never had that same risk taking attitude to his life and art. He could never have gambled so much on an instinctive swipe or smear of the hand like Bacon. 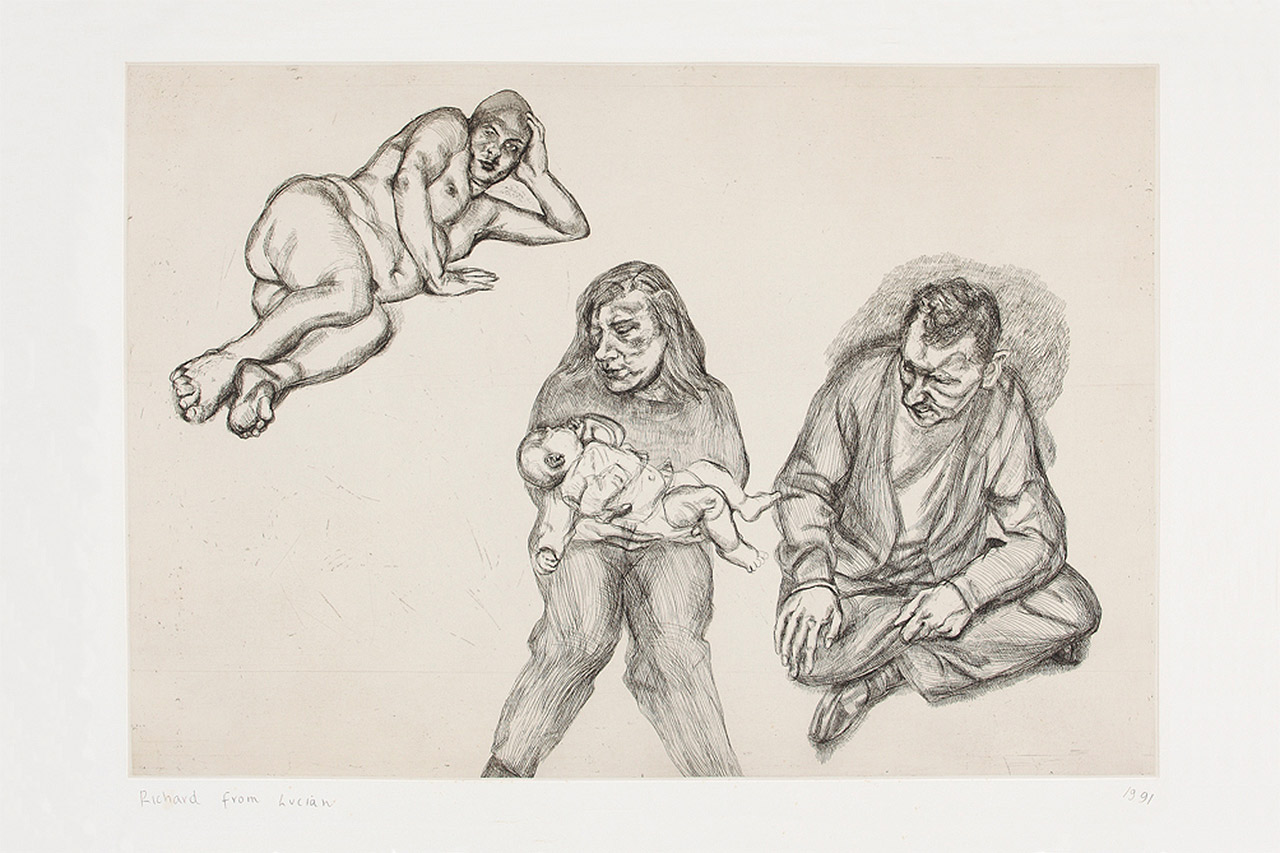 In so many ways their approach to making art could not be more contrasting. Whereas Bacon would speak of ideas for paintings arriving in his head, almost perfectly formed, Freud would seek out ideas, laboring over each image before furiously sketching and working them out. Using photographs and magazine cutouts as sources, Bacon could work ferociously and quickly, something Freud was utterly incapable of doing, he required sitters to model for punishing lengths of time, often over months, even years, working “only very slowly.”

The two of them were insatiable hard workers, no matter how drunk they got the night before, nothing would stop them from waking early to get a full day’s painting done. And fortunately each was a favored subject of the other—Freud was once fascinated to discover that Bacon’s portrait of him closely resembled a photography of Franz Kafka which had been strewn on the ground of his studio.

In an era dominated by Abstract Expressionism, it is astonishing to think these two figurative painters left such a potent legacy. In 2013 a triptych of portraits by Bacon of Freud sold at auction in New York for $142 million. Still one of the most expensive works of art ever to be sold at auction.

That a relationship that intense would end in anger and disdain is perhaps unsurprising, but that their disagreement would be expressed through their disdain for each other’s later work was regrettable and has probably been exaggerated over time. In Freud’s bedroom Bacon’s Two Figures, 1953, hung on his wall right up until the day he died. 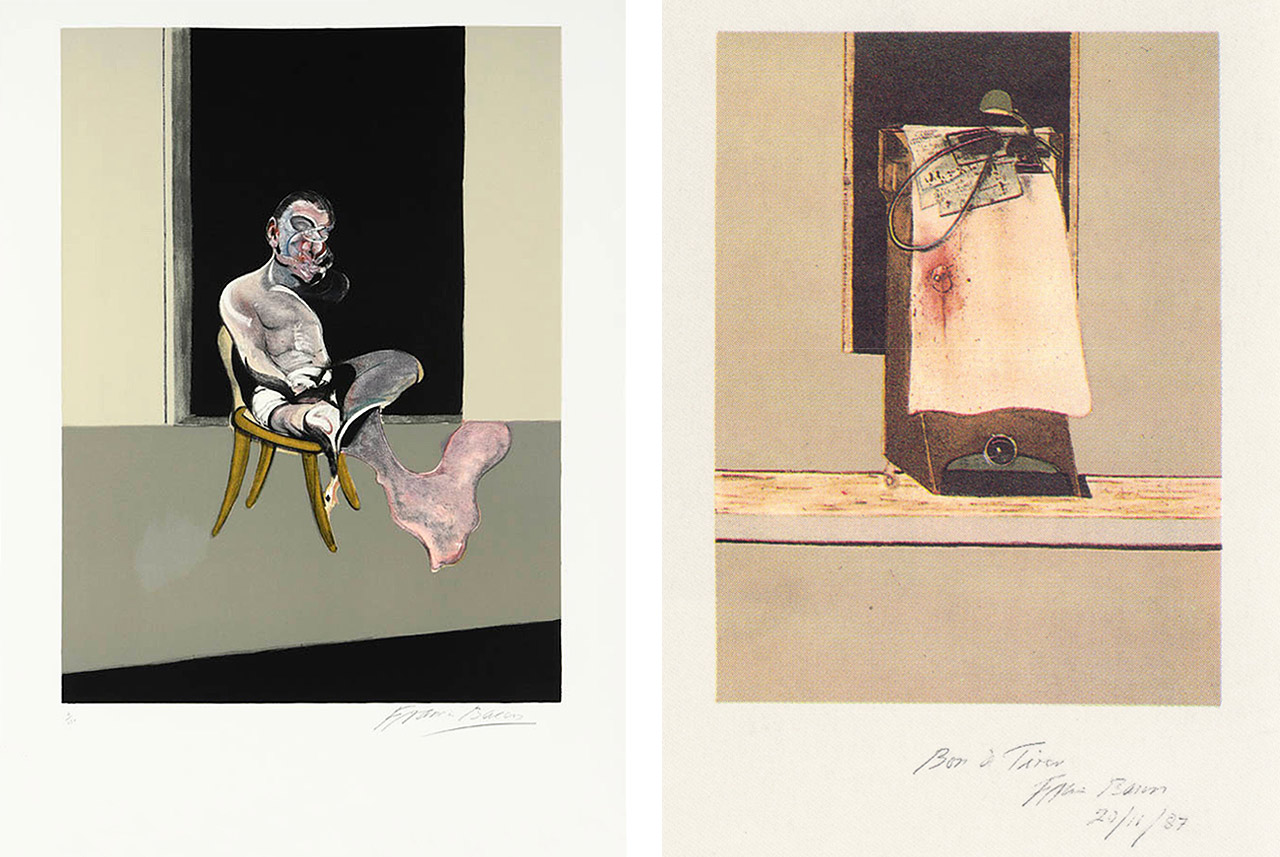 Now the limited edition graphic works of two of the most famed and respected figurative artists of the 20th century are being honored this month at Marlborough Fine Art in London. A welcome opportunity to see these two standout artists side-by-side as the highly original producers of limited edition work that they were.

Freud’s etchings are startling in their sparsity and depth. Liberated from the demands of filling a canvas, Freud showed scant regard for the background, featuring only what interested him, the figures. Unsettling and psychologically rich, it is impossible for the viewer not to be drawn into the drama of the scene.

Working without color, Freud’s limited editions contain a searing honesty that is unforgettable. The isolation of the people in Four Figures, 1991, in an empty background imbues the scene with an inexplicable psychological tension. Freud, who fathered at least 14 children, preferred to draw his family, friends and lovers, his subject matter nearly always being about “hope and memory and sensuality and involvement”.

Bacon’s approach to printmaking was vastly different to that of Freud, his lithographs aimed to be as similar to the look of his paintings as it was possible to be. More of a collaborator with his printmakers, he labored over the details of each work, scrutinizing the colors to achieve the right balance.

The Black Triptych series was made not long after the death of his long term lover George Dyer who killed himself on the eve of Bacon’s greatest triumph, his retrospective at Paris’ Grand Palais in 1971. A huge honor, the only other artist ever to be invited to exhibit whilst still alive was Pablo Picasso. Bacon was permanently tormented by the death of his great lover and in an interview made at that time, Bacon, whose favorite topic anyway was the futility of life, remarked that “We are born and we die and that’s it. There is nothing else.” 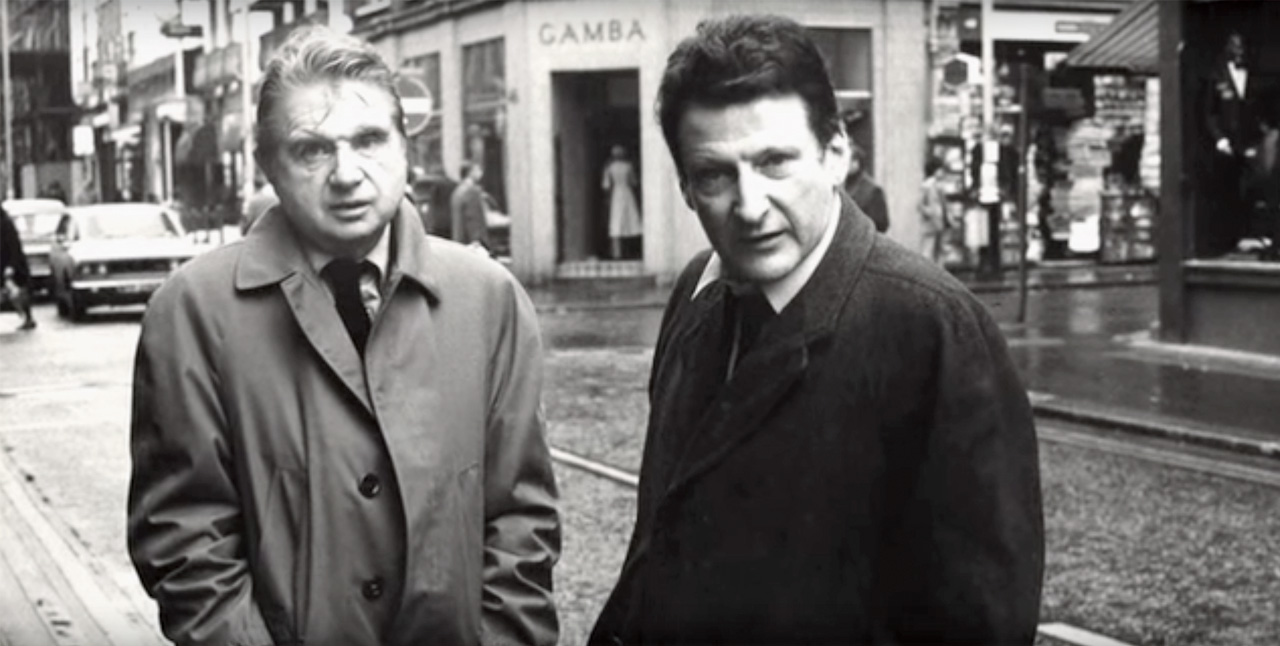 In the right panel of the triptych print featured above Bacon sits alone in a chair. In the other two panels (not depicted here) Dyer is on the left and in the middle panel a sexually charged though violent scene of the lovers together is depicted. Behind them the black void frames the figures, their flesh dissolving into their own isolated shadows.

The etching Taken from a photograph of Trotsky's, 1987 depicts the desk belonging to the assassinated Russian political figure, Trotsky. Murdered with an icepick in Mexico by a Soviet agent acting on Stalin’s orders, Trotsky’s body is perhaps hidden by the bloodstained shroud. Bacon never sought to convey narrative in his work. Instead, this signed art print for sale is haunting through the absence of human presence, just the remains of the political figure’s bloody essence.

It is fitting that these two great artists whose friendship was so integral to the development of their careers should be honored together. Their artwork produced a truly landmark period in British art, indeed at the center of the 20th century art scene.

“Bacon and Freud: Graphic Works” at Marlborough Fine Art will run from the 18th of January through to the 24th February 2017. 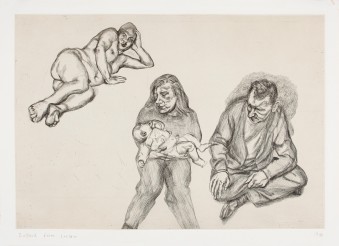