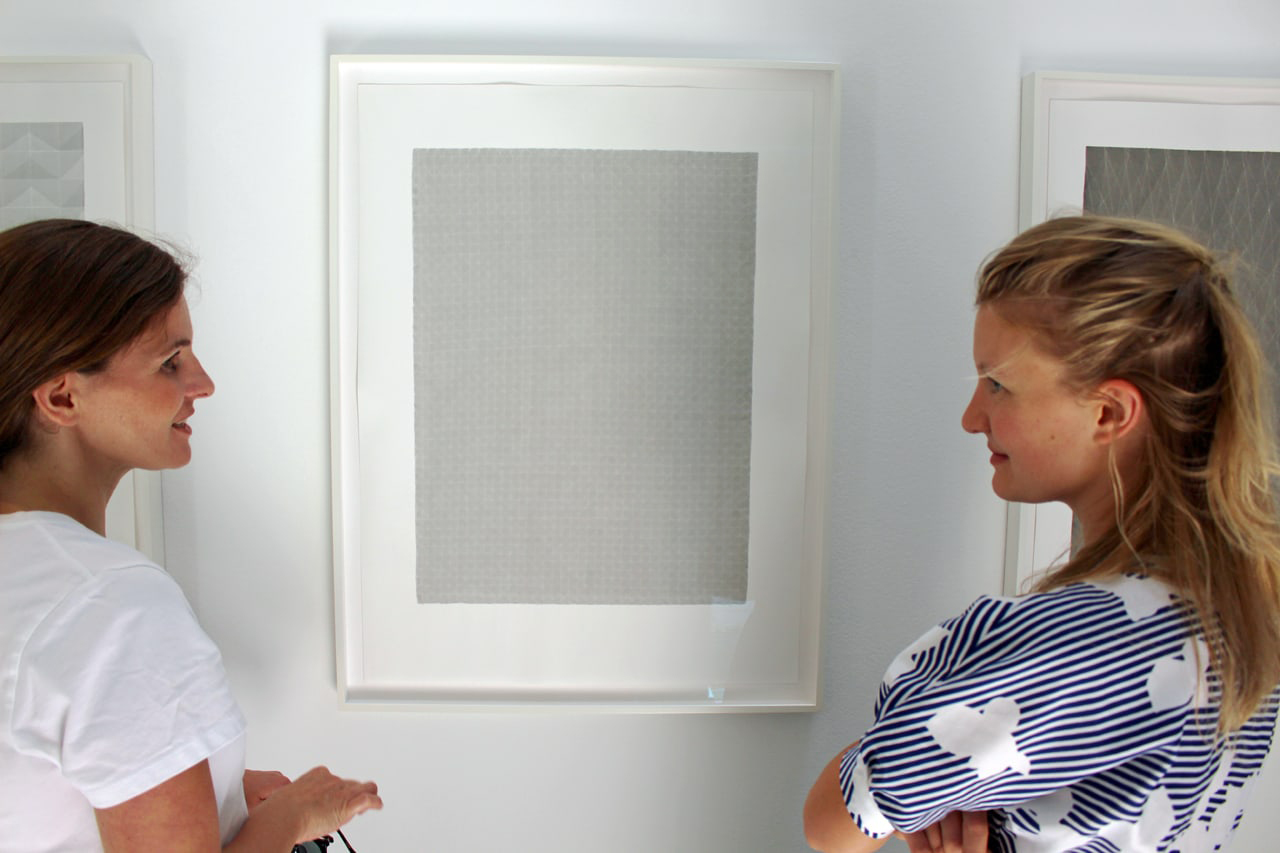 Ulrike Riemann, the co-director of artnow Gallery, introducing the work of Luise von Rohden at the Kunsthalle Koidl
Exhibition — 2 years ago

At an earlier preview to the exhibition, a cup of coffee was accidentally spilt across one of the unframed drawings. It was only a small splatter, but it was enough for a milky brown stain to congeal across the meticulously drawn composition. Even for an artist whose work could be said to be defined by imperfection, this was an aberration too far.

Although her meditative tapestries come alive through their irregularities, they are the result of painstaking labour and skill. Her long brushstrokes that stretch like fabric folds across the abstract compositions, reveal beautiful variations and tiny deviations. “There is a crack in everything,“ Leonard Cohen once wrote, “That's how the light gets in.” 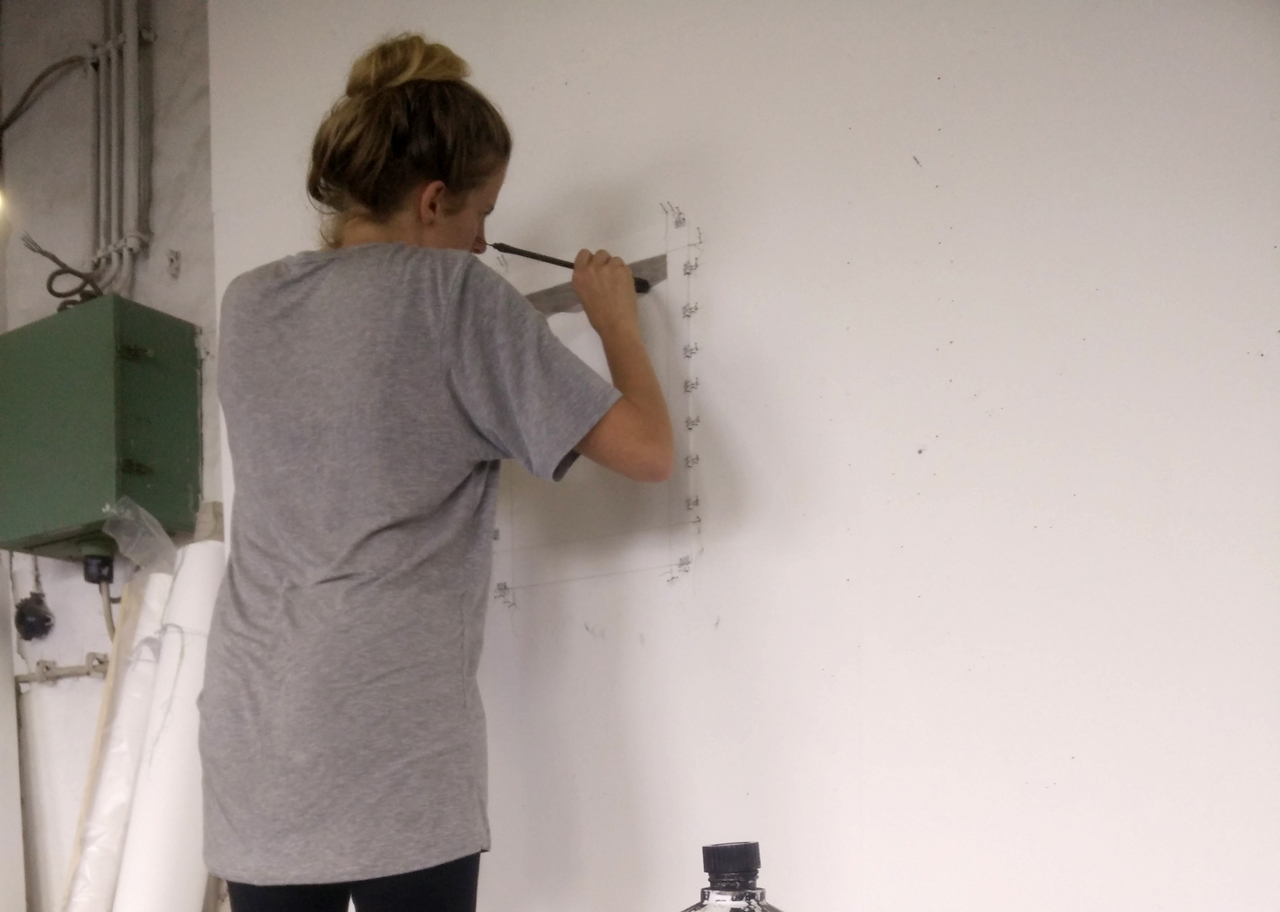 Born in Gotha in 1990, it was during her art studies at the Burg Giebichenstein that she spent a semester at the Academy of Fine Arts in Tianjin, China. Inspired by the work around her she spent an intensive period of time furthering her investigations into traditional Chinese ink painting. It was there she learned about the art of repetition, of repeating patterns and images. In this rigorous, ancient tradition, a lifetime can be dedicated to the depiction of a single orchid leaf. A lifetime dedicated to capturing its elongated curve.

Her featured works expose the limitations of that quest for perfection. Challenging the very appearance of the identical and, through her own distinctive approach, revealing the limitations in her own craft. In one of her smaller works, Wellen (hh h/wu) what first comes across as an ordered sequence is in fact an infinitely fragile, almost imperceptible mesh – like looking at a mass of teeming grey cells under a microscope. 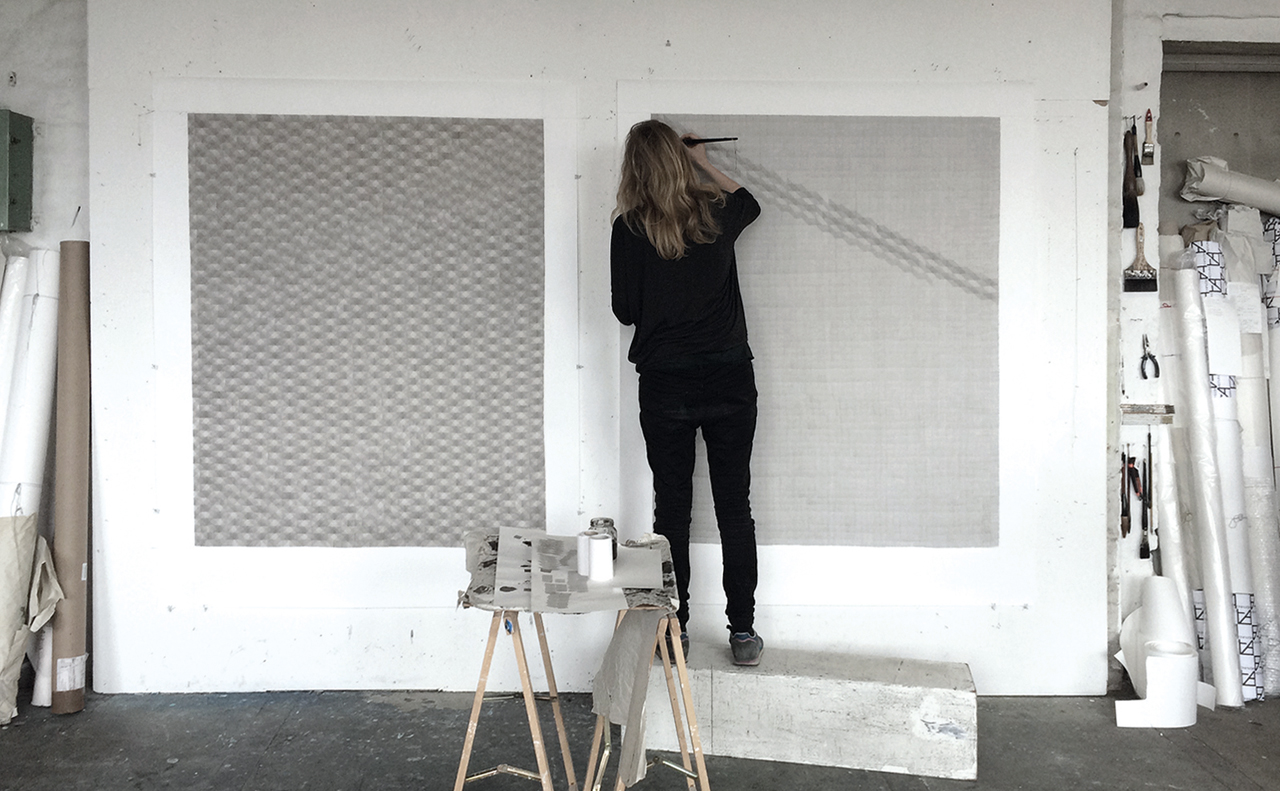 Taking naturally occurring structures as her starting point, she imbues them with a sense of movement. The undulating waves and patterns of seemingly fixed systems unravel as you move towards them. Fragmenting into entirely new structures before your eyes.

It is incredible to think that this done entirely by hand. Without templates, lazar guidelines or indeed with any of the tools most artists feel free to use so liberally. No shortcuts are taken. Each picture evolves slowly, from an agonisingly long process of trial and error, refined and redrafted but never perfected – a “perfectly executed system wouldn’t interest me” says the artist, “but rather with the variations of something that is always similar.”

In the historic setting of the Kunsthalle Koidl, with the windows casting thin rhombuses of light along the exhibition space, the works feel well-placed. Built in 1928, this Richard Brademan designed building is itself an imposing irregularity within the plush Charlottenburg surroundings. Saved from near ruin by Roman Maria Koidl, the former transformer station is a uniquely positioned space, with an original exterior in the BAUHAUS style. 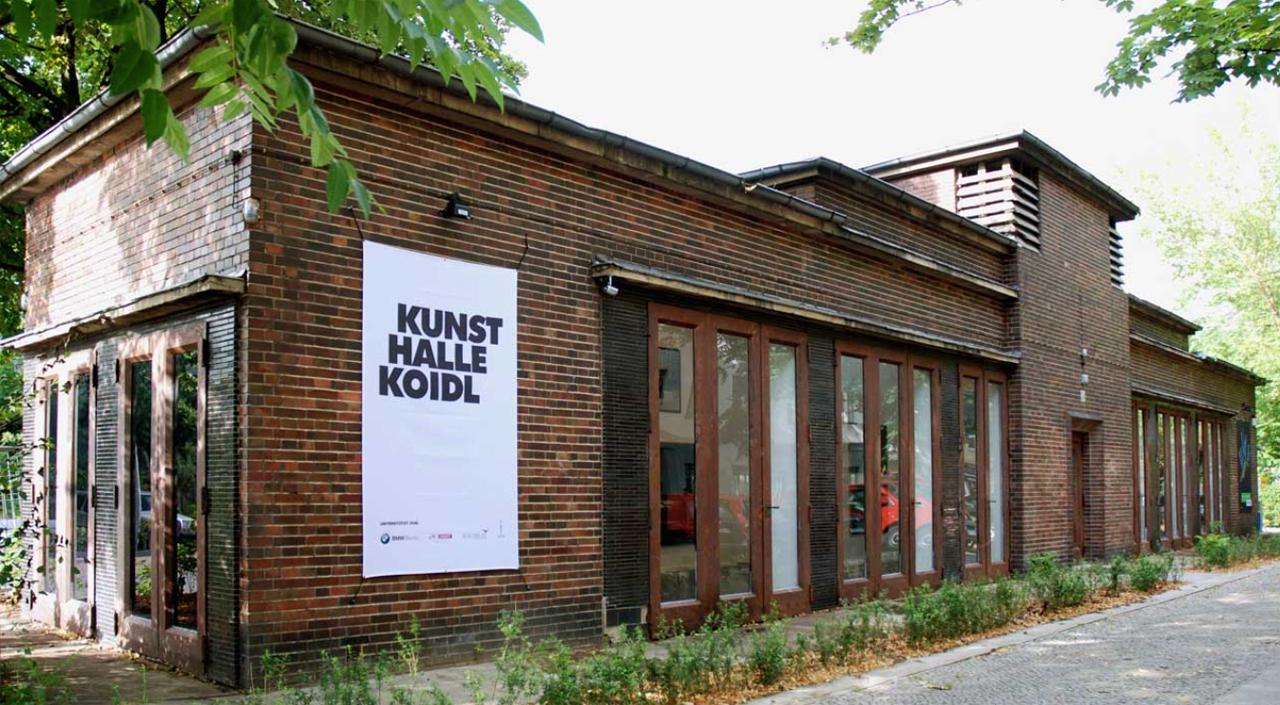 With the Berlin offices of fineartmultiple now located on one side of the building, the exhibition space is available for exhibitions and special projects to its gallery partners. Previous exhibitions include the Andy Warhol exhibition, “90 Years” and Robert Motherwell “Masterprints” which was made in collaboration with Bernard Jacobson Gallery.

The second opening to Luise von Rohden’s exhibition opens this Friday (9th August) at 6pm and everyone is invited to join the artist for an Apéro. It is a great chance to see the work of this young artist in an appropriately off-kilter Berlin setting. The good news is that the coffee splattered work was easily restored to its former glory, the bad news is that it has already been sold.