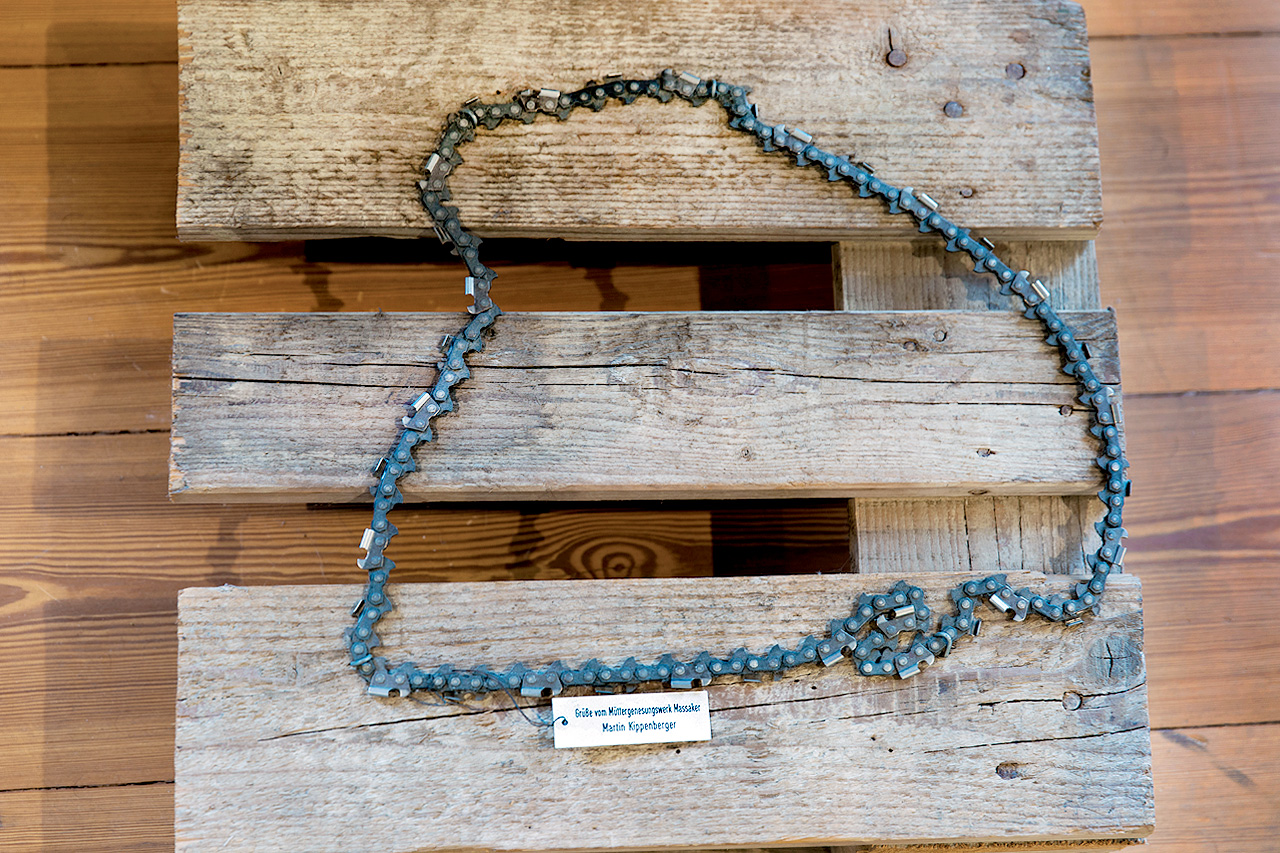 What is it?
A fragment of a wooden palette with a chainsaw blade lying on top of it, labelled Grüsse vom Müttergenesungswerk Massaker (Greetings From Mother Rehabilitation Center Massacre) and the artist’s name.

What is the idea behind the work?
Martin Kippenberger’s masterpiece is an acerbic and uncompromising reference to the death of his own mother in an industrial accident. A dermatologist, who happened to be already dying of cancer, his mother was killed when her car was crushed by pallets falling from a truck.

Is this a crass monument to his mother?
Kippenberger was willing to mine every facet of his life for inspiration in his art and the death of his mother produced deeply ambivalent feelings in the artist, who would inherit enough money to live on. Of course, Kippenberger being Kippenberger, he quickly burned through his inheritance in the bars of Florence and Paris. 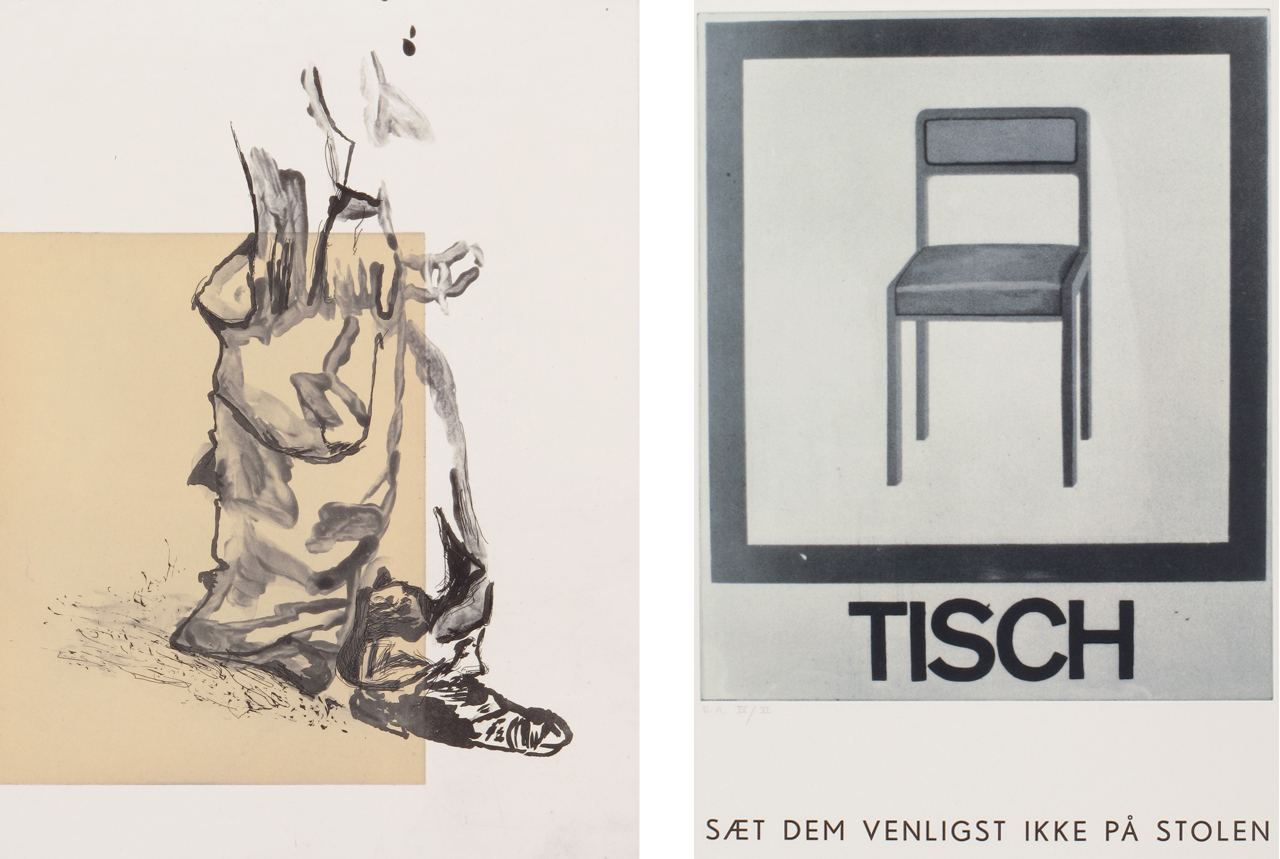 So it is a brutal and sophisticated play on acceptability?
The point of the work, like a lot of Kippenberger’s work, was in going too far—to push standards of acceptability and decorum so that the viewer is both shocked and unsettled. The collector Ivo Wessel, who has the piece in his collection, remarked: “when I heard about how his mother died it totally changed my perspective on the piece. Good art is shocking.”

Why as a multiple?
Its banal, easily accessible materials, (pallet and chainsaw chain) emphasize the simplicity of his mother’s death, but also make the multiple easy to fabricate.

What is the significance of the chainsaw chain?
The use of the word massacre in the title (and the chain) may well refer to the film Texas Chainsaw Massacre, a film then banned around the world for its excessive brutality. In reference to this the artist is not only alluding to the violence of his mother’s death but also the taboo that surrounds what is normally so sensitive a subject. Combined with it being a “greeting” from a mother’s rehabilitation center, the work takes on a macabre and blackly comic aspect. 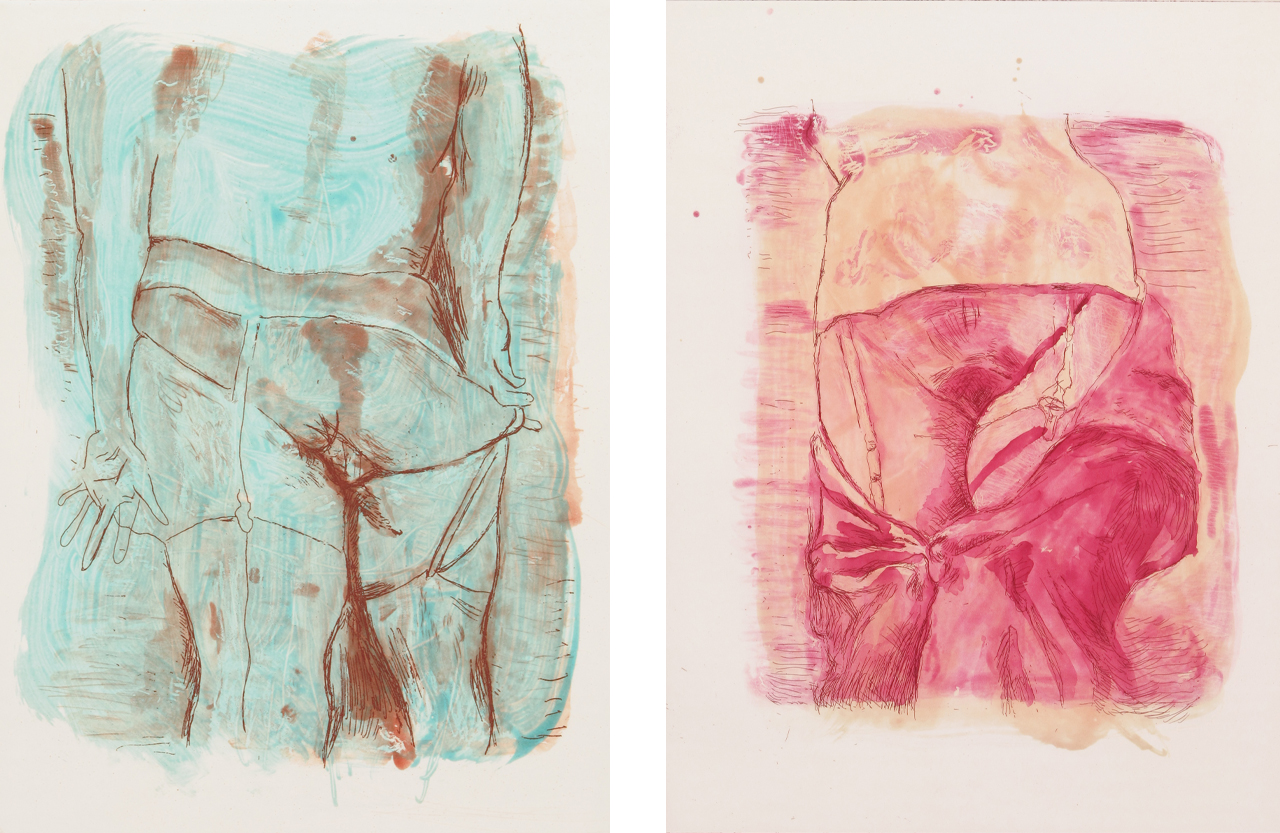 So it is darkly humorous?
It comes as no surprise that Kippenberger would approach the subject of his mother’s death with such sardonic abandon. This is the same artist who bought a gas station in Brazil and renamed it Martin Bormann Gas Station after Hitler’s private secretary who disappeared after the war and whose whereabouts were never discovered. After trenchant criticism for this work which accused him of Neo-Nazi attitudes, Kippenberger responded by making life-sized mannequins of himself dressed as a Martin Bormann facing the wall, entitled Martin, ab in die Ecke und schäm Dich (Martin, into the Corner, You Should Be Ashamed of Yourself) (1989). But for all his work’s blatant insensitivity there was a poeticism too, and his willingness to dredge up and confront the tragic moments of his life was uncompromising and even somehow life-affirming.

What does it go for at auction?
The work was sold at auction at Lempertz in 2008. Estimated at €4,000 the work eventually sold for €5,400. Now, with the ever-increasing popularity and mythologizing over Martin Kippenberger—the most high-profile enfant terrible of the last 50 years—Martin Kippenberger’s masterpiece can be expected to achieve that price many times over. 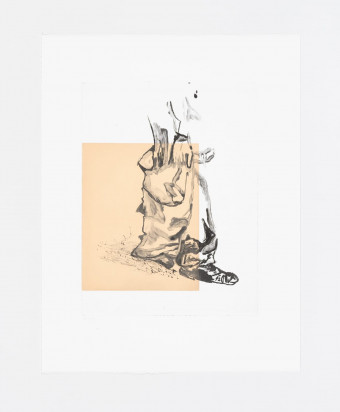 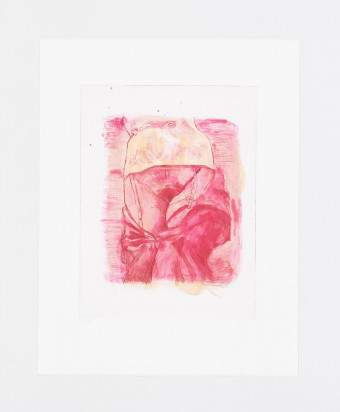