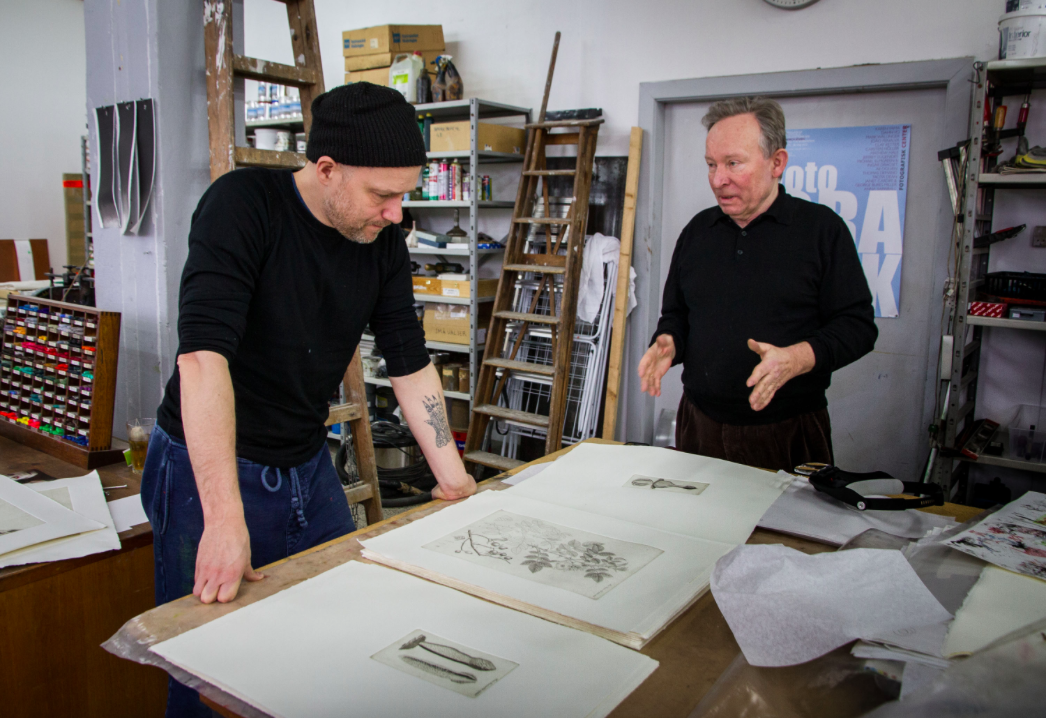 Niels thank you so much for squeezing us in just before the opening of your latest Tal R exhibition. Since opening your printshop in 1979 you have worked with many of the world's greatest artists such as Martin Kippenberger, Tacita Dean, Damien Hirst, and Georg Baselitz. Your roster reads like a Who's Who of the contemporary art world—each artist is entranced by your ability to capture the essential character of their work into your print projects. You are undisputedly one of the world's masterprinters and we at FAM are delighted to call you a partner!

Could you begin by telling us a little about how you started off?

I was interested in art as a young kid and around seventeen I had an art teacher who got me interested in printing in particular. Earlier than that, my favorite art books would all be Goya's etchings and the prints appealed to me for a long time. But then, when I got into the printmaking thing I just really got obsessed with it. I actually had a press in my bedroom.

Was the art world very different when you first started out?

I remember one night in particular when I was talking with Damien Hirst, he had done a print with me and we were discussing it. This was in Pfaeff's in Köln, which in the 1990s it was a very hip place during the art fair. I was trying to discuss with Damien Hirst while Hubert Kiecol was always falling off the bench—Gilbert or George, one of them was trying to kiss my ear, it was just a different scene at the time and everything was done by these kinds of meetings and talks. 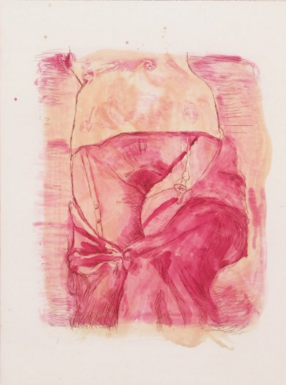 What made you decide to open up a gallery in Berlin?

Denmark was not "on the map" at the time, and I had worked with Baselitz and the older generation and I was very curious about the younger generation in Germany. It wasn't exactly a place you went for art before the wall came down. All of a sudden there was this fuss about Berlin and it was so hip and by accident I met Bruno Brunnet from Contemporary Fine Arts in Cologne at the first Unfair. He was a very small man in the biggest overcoat I've ever seen. We got talking and we put a very nice portfolio together but it was quite awkward because none of the artists had any intention of coming to Copenhagen. We would meet in Berlin and talk, I sent some plates somewhere they would do something and send it back. So the whole thing was done not in the most practical way. But Berlin was quite different from how it is today—you would see Mitte and you would be like, "what?" There was no infrastructure whatsoever. It was very obvious that it was a very large European city getting re-invented, which was totally exciting. I met a few people and very quickly we decided to open the gallery here.

In the office we are huge fans of Carsten Höller's Canaries series. You have worked with Höller for over ten years now, what was it about his work that first attracted you to him?

It was just weird! You get more curious about stuff you don't quite get. If you get it at first look you can forget it immediately. He just had this kind of resistance in his work that's not easy to relate to. I remember when we did the first prints, there were proofs lying around the print shop and Tal R came in and he said, "Oh, that guy." He had come to an opening and there were all these white rubber balls lying around and everyone would casually kick them around. And he thought, "Oh, I’m Danish, I can play soccer," so he said "'I'm going to give it a real kick." So he did—and he hit the one made of white marble. So it's that kind of thing, a kind of evilness.

Well, it doesn't come across in his birds, which are all very beautiful.

Well, they aren't quite right are they? And the last one, the quadruplets, they're basically the end of an evolutionary line—I mean they’re sterile and there aren't going to be any more of them. So it’s never quite right. 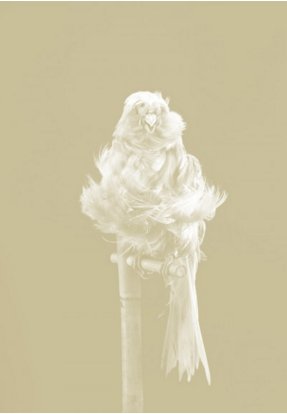 We are interested too in your work with Turner Prize winning artist Tacita Dean. She is well-known for her analog films but she is not someone you would initially think of as a printmaker. How did you come to work together?

Well we met and liked each other, and decided to work together. I had worked with friends of hers like Olafur Eliasson and Thomas Demand—actually it was he who introduced us—so we just talked about doing a project and see what came out of it. And then she found out that she could do things in printmaking that she could not do in analog photography—like she could use film stills in a completely different way because you produce printing plates and they don't function like photographic paper does. And you can make your own colorscapes, and so on—so she found some possibilities that actually became quite a strong part of her work. The results are quite wonderful!

You are celebrated for your photogravure technique but your preferred medium is etching. What is it about etching that attracts you?

It's just a sexy technique. It has this kind of extraordinary—very strong presence and a very strong authority. With a painting you can always put another brush stroke—etching is a little bit like a bronze, it's right there in your face. Baselitz wrote something about it—it’s all clear, like it's clear in the background, it's clear in the mid-tones, it's clear in the front. It is a very interesting and physically beautiful technique. When you do etching you don't see what you're doing, I mean you get a feeling for what you're doing but you don't see what it looks like until you print it.

Is it important for you to build up a relationship with your artists and work with them for a long time?

You get a language where you understand each other. Which can be a bad thing is if you get into habits—if you start backscratching and you forget to kind of push it. We try to be really aware of that, basically to start from scratch every time.

I've noticed that with some print shops, I can recognize their work immediately. I mean I almost don't have to enter the room to know where it comes from. I wouldn't like to be like that, so I try to be aware of it. With some artists you become very close friends, with others it’s more professional. 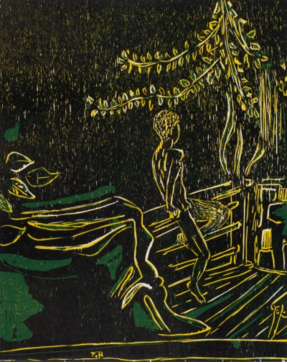 Could you tell us a little about your latest show with Tal R?

I think we did the first prints in 1995 when he was still at the academy and he got chosen for a show in the Louisiana Museum near Copenhagen. He was somebody you noticed out of the crop of art students. They got this idea that they wanted to publish some prints with one of the artists. So he came to the print shop and I believe we did five small prints.

In 2000 I had planned to do some large monotypes and Tal R surprisingly said "Oh, no, I'm not old enough for that at all, but I would like to do some really small black-and-white etchings." We agreed that I would feed him plates and proof too but there were only two rules: that we stay in black-and-white so it didn't get overcomplicated and that he didn't give up any plates—once he touched it, he had to finish it.

Where he is probably special is that he is able to change quite radically. Tiny details, ways to see just a doorknob or a detail of a mural, or a bed, something that clicks somehow and then he does that detail very roughly. He has this childishness but at the same time, the way I see it he has so much sensitivity about what he does and he doesn't seem superfluous or silly.

The exhibition is filling up and I am conscious of taking any more of your valuable time. Thank you so much for giving us a brief introduction to your life in print. 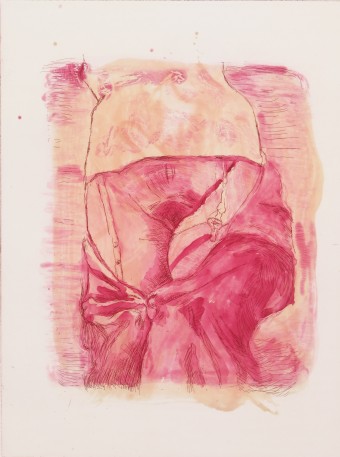