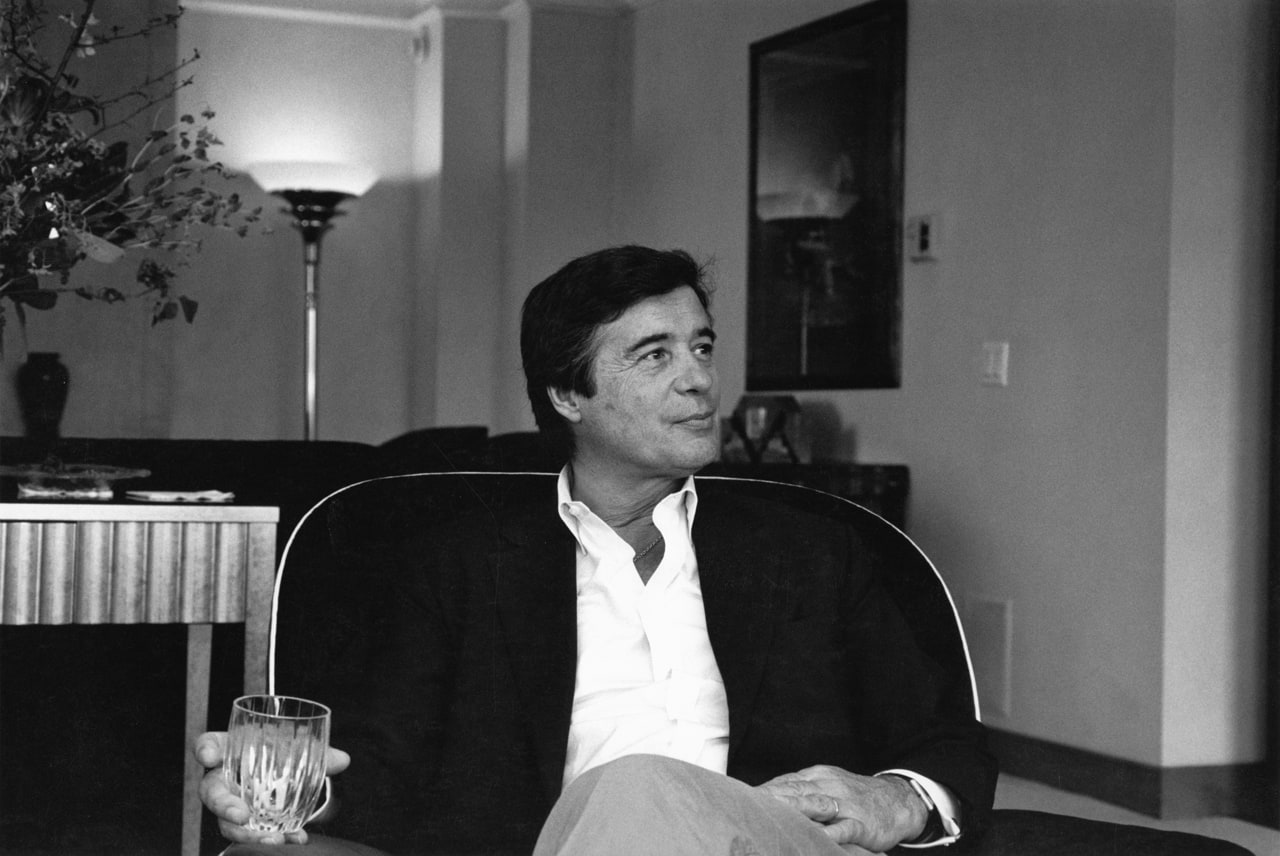 The influential Islamic art dealer and collector, Oliver Hoare, who died last year of cancer aged 73, was a master of the international art deal with a knack for operating under the radar. Later this month, his personal collection comprising over 150 extraordinary treasures goes up for auction at Christie’s London. It’s a collection that reflects the distinction of a long and distinguished career, so it is more than a touch unfortunate that he will mostly be remembered for his clandestine romance with Princess Diana.

In 1994 Hoare believed he was being stalked by Middle East extremists having been plagued by over 300 anonymous phones calls to his Chelsea home. On the insistence of his wife, the French oil heiress Diane de Waldner, he notified the police and asked them to investigate. His complaint was quickly withdrawn however when the investigators discovered that the calls originated from Princess Diana’s private Kensington apartments.

Hoare had got together with Diana in the early 1990s as her marriage to his good friend, Prince Charles, was beginning to fall apart. He never spoke publicly about the affair – something that can’t be said of many of Diana’s lovers – but it is known that despite being 16 years his junior, Diana was infatuated with the old Etonian. Confiding in a close friend that she dreamed of moving to Italy with Hoare and starting a second family. The affair only came to an end on the insistence of Hoare’s wife who had threatened divorce. That he somehow managed to come out of whole thing unscathed and with his career largely untarnished speaks volumes about his judgement in matters of public delicacy.

Born in 1945 to a Norfolk landowner, Hoare’s enthusiasm for Islamic art was first sparked as an art student at the Sorbonne in the 1960s. He travelled much in the Middle East before finding employment at Christie’s in 1967. It was whilst going through their basement storerooms that he came across a pile of artefacts that no one knew anything about. “I recognised them as ancient Islamic works of art because I had seen such things on my travels. So I was asked to assemble an auction.” This would be the beginning of Christie’s Islamic Art Department and the start of his illustrious career. 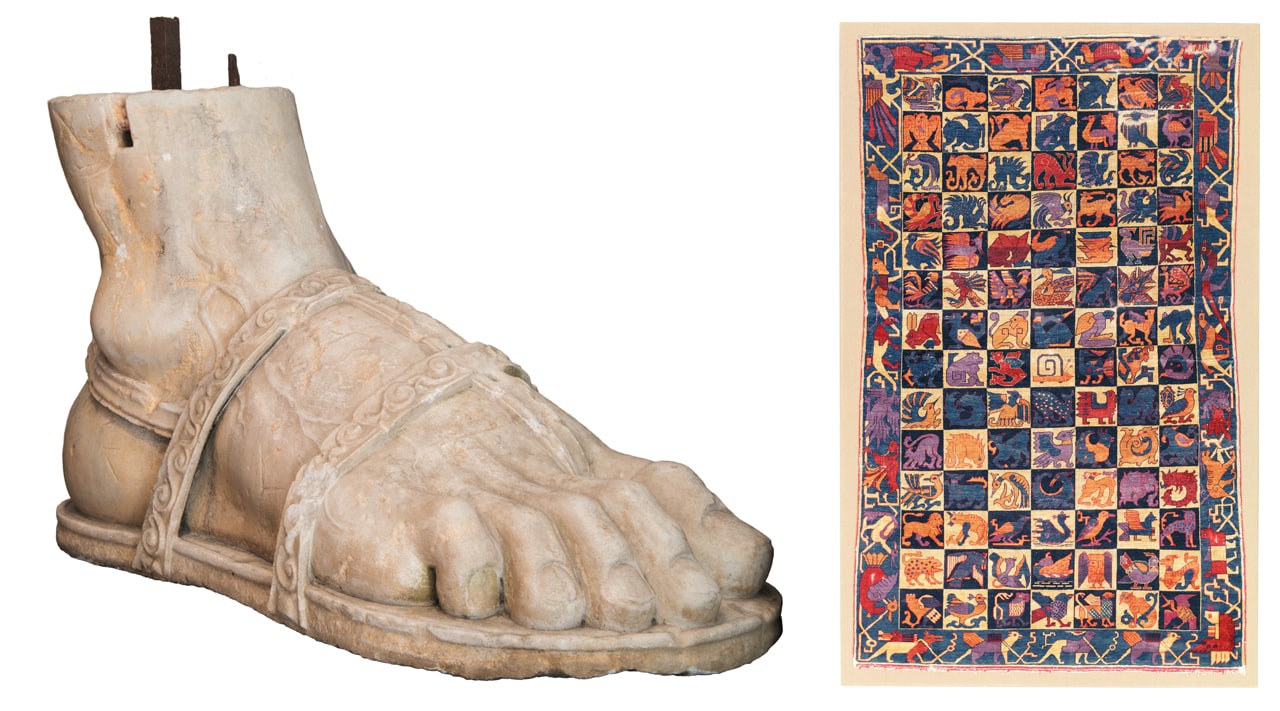 It was often said that Hoare had an insatiable thirst for discovery. He zeroed in on the unusual and like his close friend the writer Bruce Chatwin was a connoisseur of the unknowable. In 1975 he set up his own Ahuan Gallery in Pimlico where he become the dealer to some exceedingly rich Arab Sheikhs. One stands out in particular, the Sheikh Saud bin Mohammed Al-Thani of Qatar, who in the space of 8 years went on an unparalleled shopping spree. At Sotheby’s and Christie’s alone he spent an estimated $1 billion on Islamic works of art, furniture, western photography, jewellery, and vintage cars. It since been estimated that Hoare is responsible for securing 75 per cent of the works now housed in the Museum of Islamic Art in Doha.

It was whilst working as a private dealer in 1994 that he orchestrated a deal that would be unimaginable under present day geopolitics. Hoare brokered the exchange between Willem de Kooning’s $14 million abstract expressionist masterpiece, Woman III, owned by the revolutionary Iranian government, with the 16th-century Houghton Shahnameh, the most important illustrated manuscript ever created in Persia, owned by the American millionaire Arthur Houghton.

Like much of his dealings the story is laced with intrigue. Acting as the middle man, Hoare knew that the Iranians would not agree to doing a cash deal with America but would perhaps be willing to make an exchange with a painting that they would never exhibit anyway because it was a nude. The exchange when it finally happened was highly dramatic, taking place on a private jet and a security van on the airstrip of Vienna’s airport. It was a terrific moment of cultural enterprise that went on right under the noses of the political establishment.

Christie’s auction of his collection will take place on the 25th October at their London office. Comprising objects from all over the globe, ancient and modern with individual estimates ranging from £300 to over £1.5 million. Included in the sale will be Man Ray’s A l'Heure de l'observatoire – les amoureux (Observatory Time – the Lovers), one of the artist’s most celebrated images (estimate: £30,000-50,000). An icon of surrealism, the lithograph depicts the lips of the photographer Lee Miller floating in a sky above the Paris observatory, made as a response to the ending of their relationship in 1932.

Equally characteristic of the collector’s keen eye is an arresting 17th century silver apple with bite marks that opens to reveal a pomander in the shape of a skull. It is believed to have once been in the possession of King James II and is estimated at £12,000-18,000. A giant marble foot that is reminiscent of the ancient foot of the Colossus of Constantine is expected to go for around £15,000-25,000. Also of note is a 16th-century millefleurs tapestry of ladies with a unicorn is estimated at £120,000 and is one of the more valuable items.