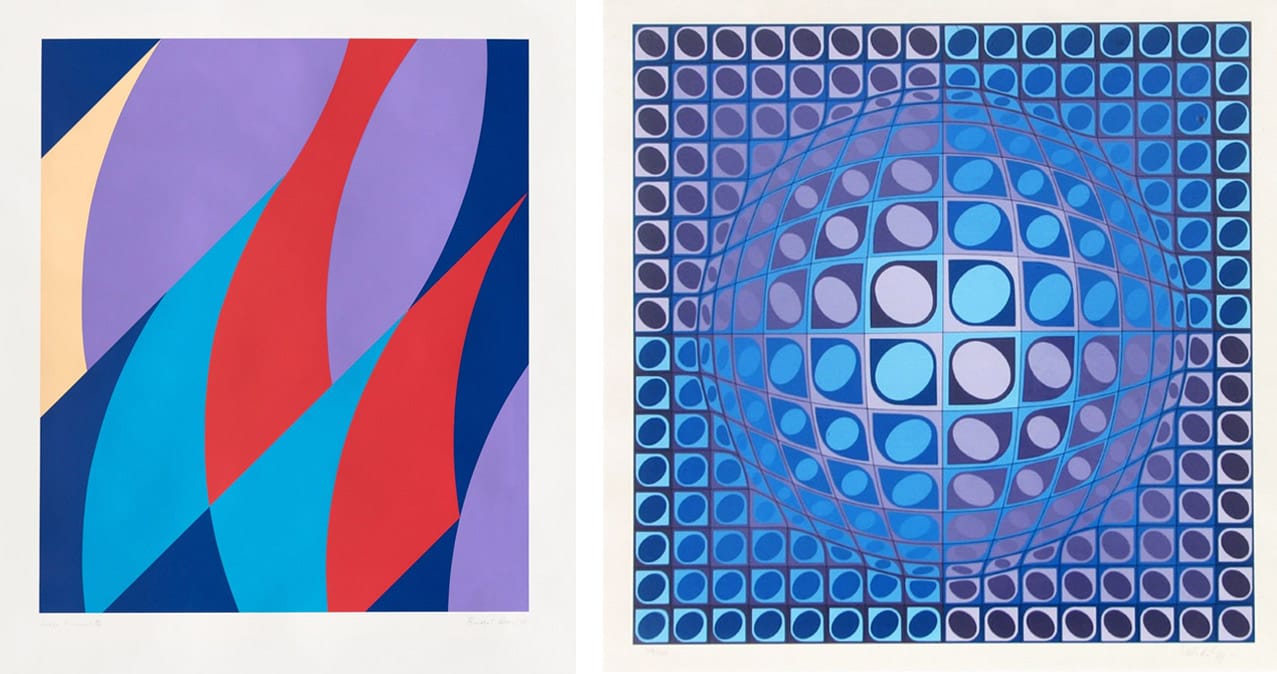 How the Op Art Movement Created Their Beguiling Illusions

During the 1960s a group of artists became fascinated with opening reality to new dimensions. The Op Art Movement, which included artists such as Josef Albers, Bridget Riley, Carlos Cruz-Diez and Victor Vasarely, used color theory and geometric principles to create illusions that beguiled and mesmerized the human eye. Manipulating color and form, they managed to create an architecture of shapes that curved and twisted into never-ending vortices or ballooned into space. Their dizzying and disorientating compositions proved that our visual systems are capable of seeing beyond what is really there, and these mind-bending works have continued to captivate both neuroscientists and artists to this day.

In a seminal exhibition titled “The Responsive Eye”, the Museum of Modern Art in New York announced this artistic trend back in 1965. Featuring artworks by Frank Stella and Ellsworth Kelly as well as Riley, Albers, and Cruz-Diez, the show which was curated by William C.Seitz, posited that the origins of Op Art lay in Impressionism. Encouraged to document their visual experiences of the world, the Impressionists were obsessed with the optical effects of light and hence paved the way for art that celebrated unique perceptions of the world that did not simply mirror reality. 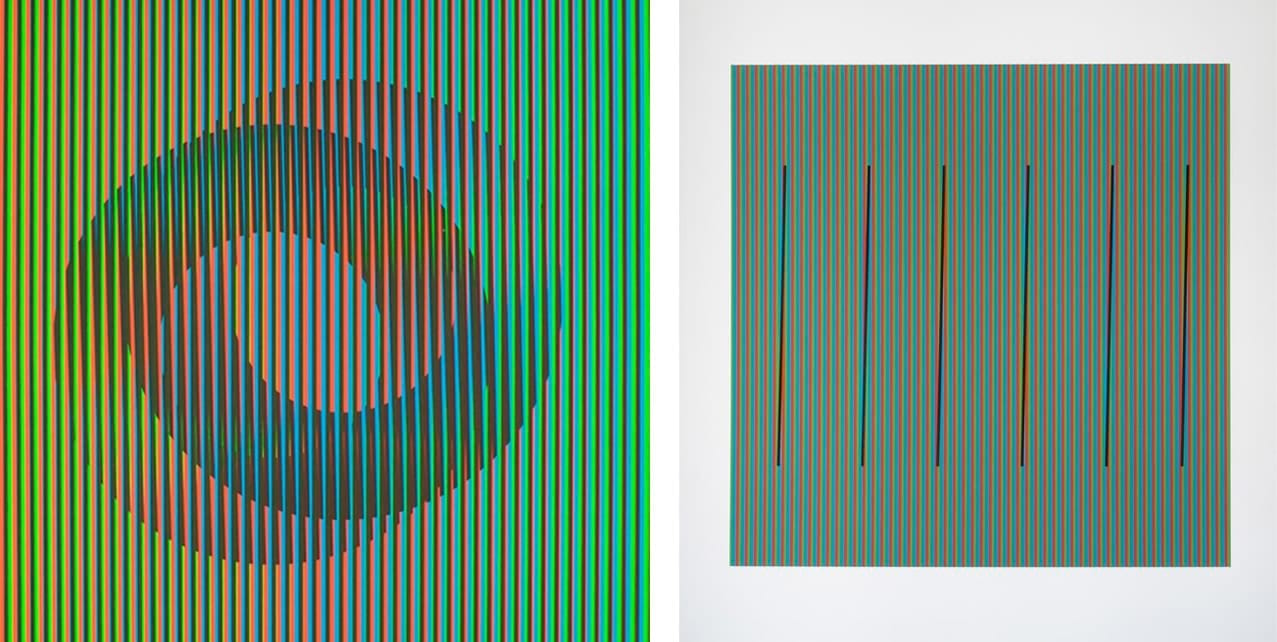 The Op Art movement also drew on lessons of linear perspective that were conceived by Renaissance artists such as Filippo Brunelleschi. Applying these centuries-old techniques and mathematical methods to their abstract compositions, they created illusionary works that were often arranged around a vantage point that appeared to recede into the distance. Such practices allowed the Op Artists to operate color, tone, line and, form autonomously and create shapes that warped, shifted and moved across the page.

Despite these influences from art history, Op Art was very much a product of its time. The bright colors and geometric patterns not only recall the fashion of the 1960s but also the decade’s mind-altering drug culture and increasing reliance on technology. LSD, mescaline, and the fusion of technology and art all enabled a new way of seeing that these artists sought to transfer to the canvas. 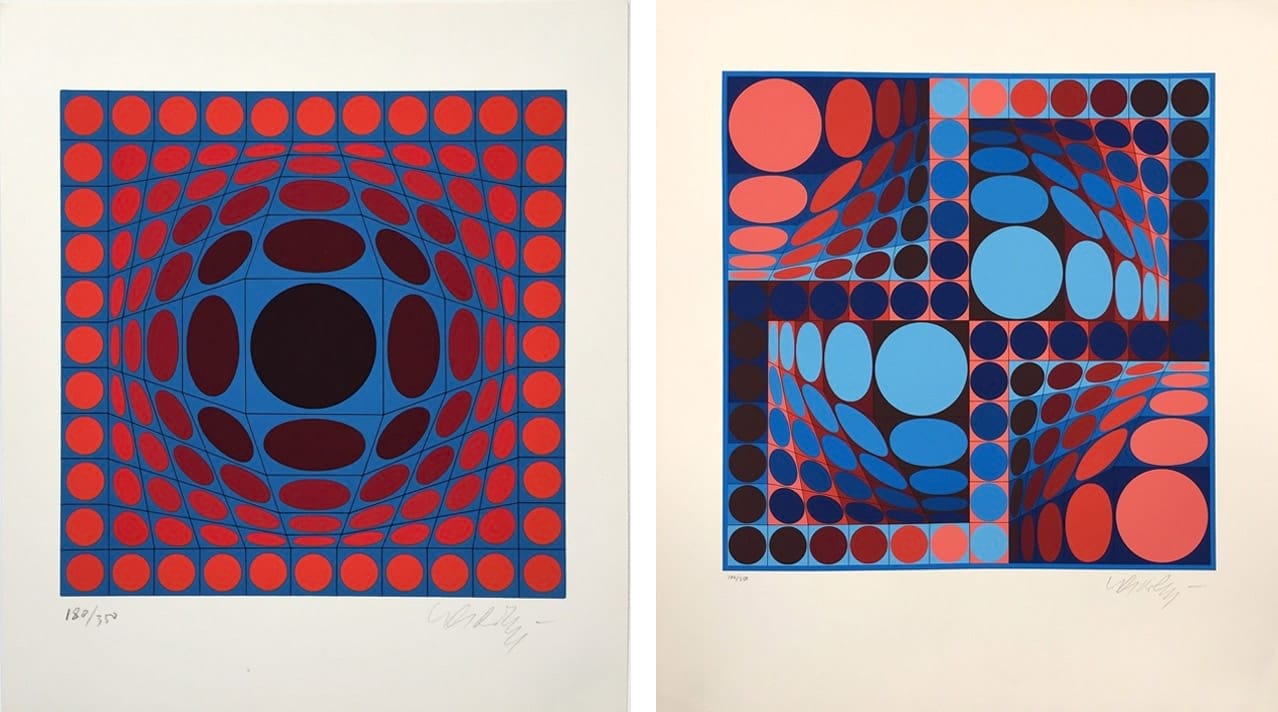 Bridget Riley, one of the foremost proponents of the Op Art movement, however always rejects any links between her illusions and popular culture. Emphasizing the formality of her work, Riley prefers to focus on the philosophy and precise mathematics of her paintings. She even openly criticized “The Responsive Eye” exhibition, saying it was “obscured by an explosion of commercialism, band-wagoning and hysterical sensationalism.”

A philosopher of perception, Bridget Riley was heavily inspired by the pointillism of French post-Impressionist Georges Seurat. Throughout her 50-year career she has challenged ways of seeing and mastered control of visual systems. The infinite possibilities that her perplexing patterns created have heavily influenced contemporary artists, including Damien Hirst who has used Riley-esque repeating colored dots in over 1,000 of his paintings. Bridget Riley and the now 95-year old Carlos Cruz-Diez continue to work to this day on their dazzlingly abstract illusions and their exhibitions still draw in huge crowds ready to be puzzled by their visual effects.

Op Art in Focus is on display at Tate Liverpool until July 5, 2020. 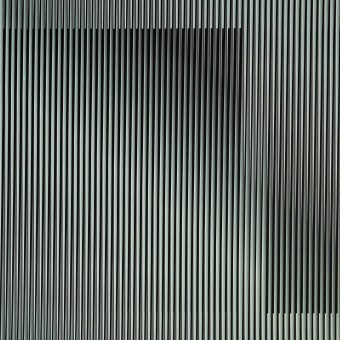 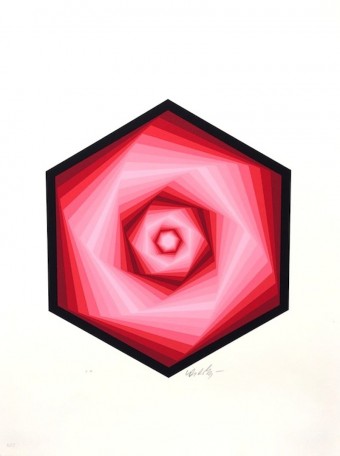