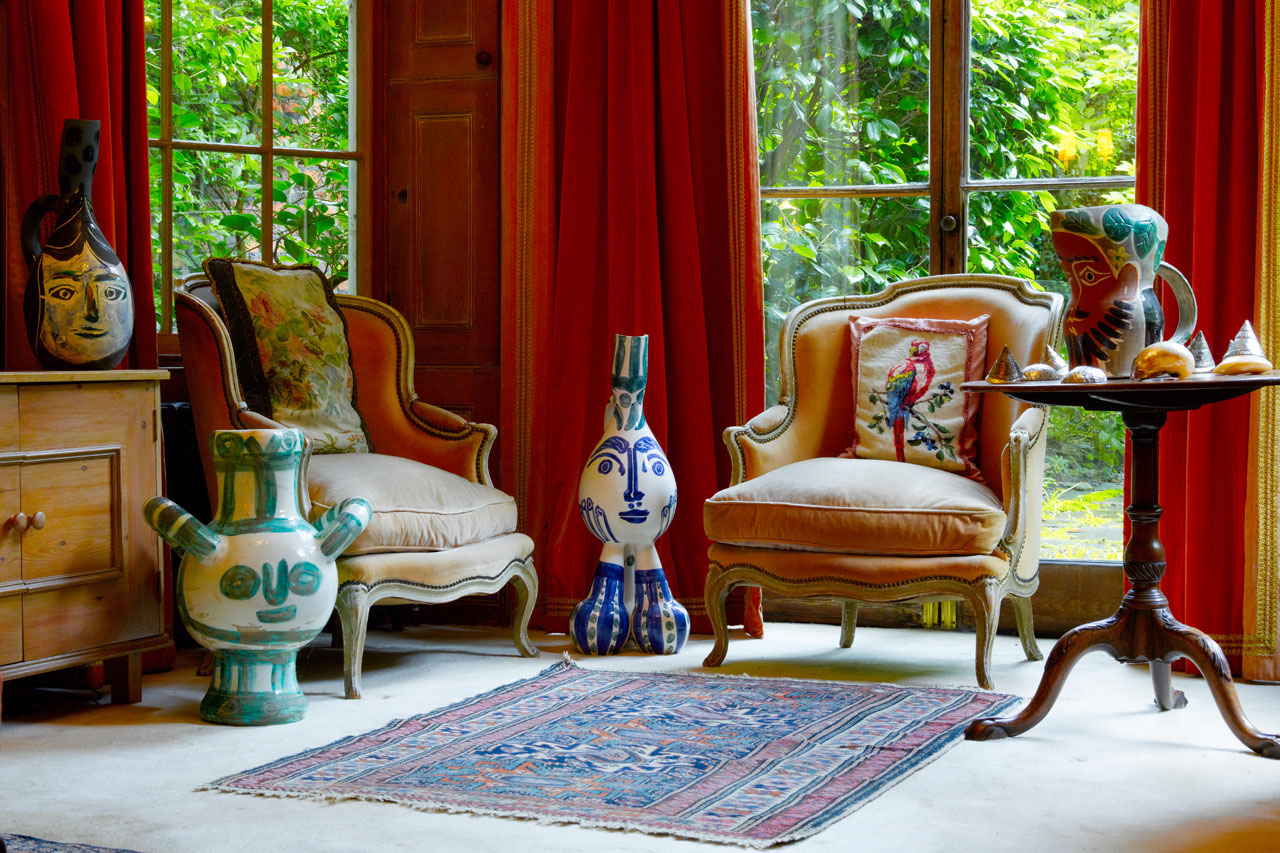 A treasure trove of Pablo Picasso’s limited edition ceramic works are soon to go up for auction at Sotheby’s, London—but what adds real spice to the sale is the fact that they were all collected by world renowned actor and director Lord Attenborough.

Sir Richard Attenborough, the star of The Great Escape, 1963 and Spielberg’s Jurassic Park, 1993 was also an accomplished director and his film Gandhi, 1982 starring Ben Kingsley won 8 Academy Awardy in that same year. Along with his wife, Lady Attenborough, they began collecting in 1954 having bought their summer home in Vallauris not far from the Madoura Factory in the south of France. It was here that all of Picasso’s ceramics were produced and where the maestro would visit every year. During a period of 25 years he produced over 3,500 plates, pitchers, and vases, of which 633 were made into limited editions, ranging in edition numbers from to 25 to 500. 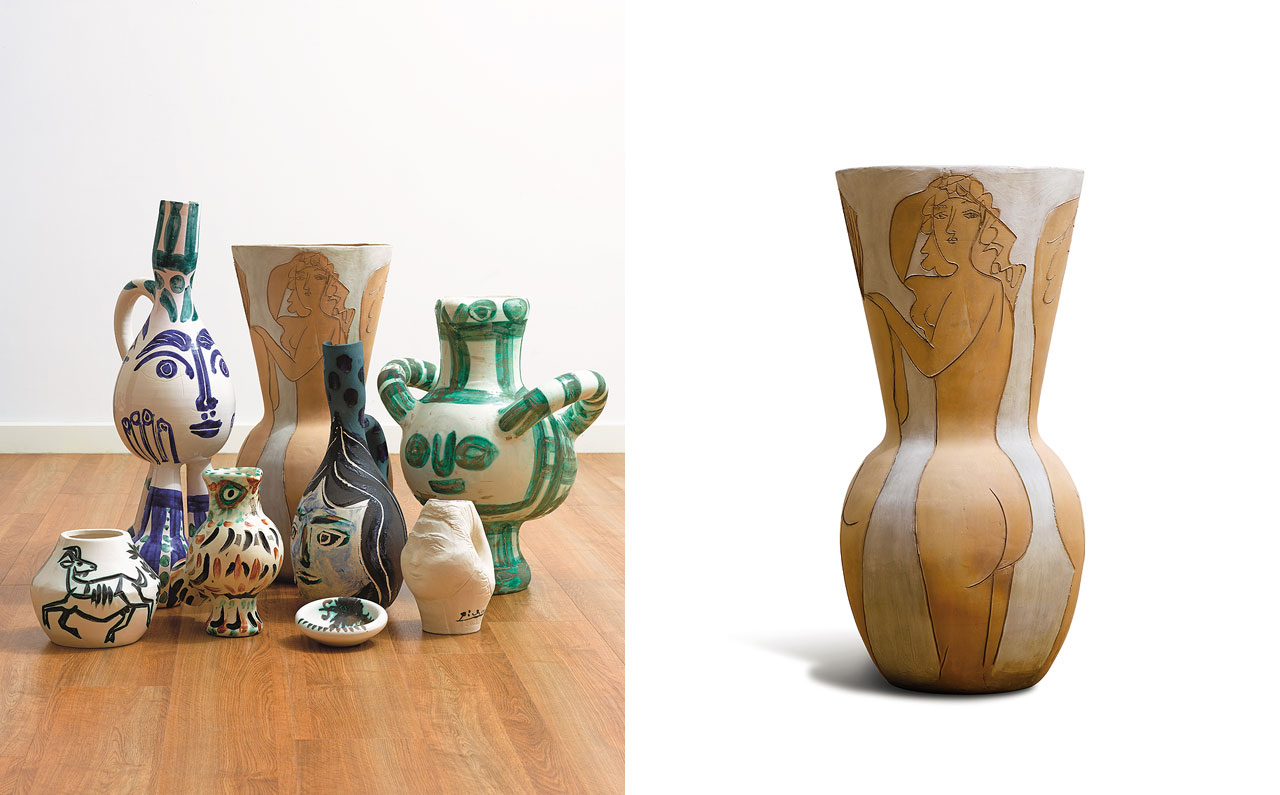 Estimated to be worth more than £1.5 million (although you can expect that figure to be exceeded), the collection comprises over 67 lots spanning Picasso’s entire career and developments in the medium of clay. One of the most appealing aspects about Picasso’s ceramics is that you do not have to be a dot.com billionaire to own one, some of his ceramic limited editions can be picked up for as little as £1,000. Collectors are especially attracted to the ceramics that are the first few examples of an edition and would most likely to have been made by the Spanish artist himself. Those that have been hand-signed are also highly-prized.

His son, Michael Attenborough, CBE, has remarked that “Vallauris was a great annual pilgrimage. In those days I remember wrapping pots up in brown paper for the drive back to England. At Old Friars, our family home, there was a huge, long table in the hall and the top surface of it would have four or five Picasso pots. Dad scattered them liberally everywhere; he adored them and just loved their extraordinary combination of beauty and wit.” 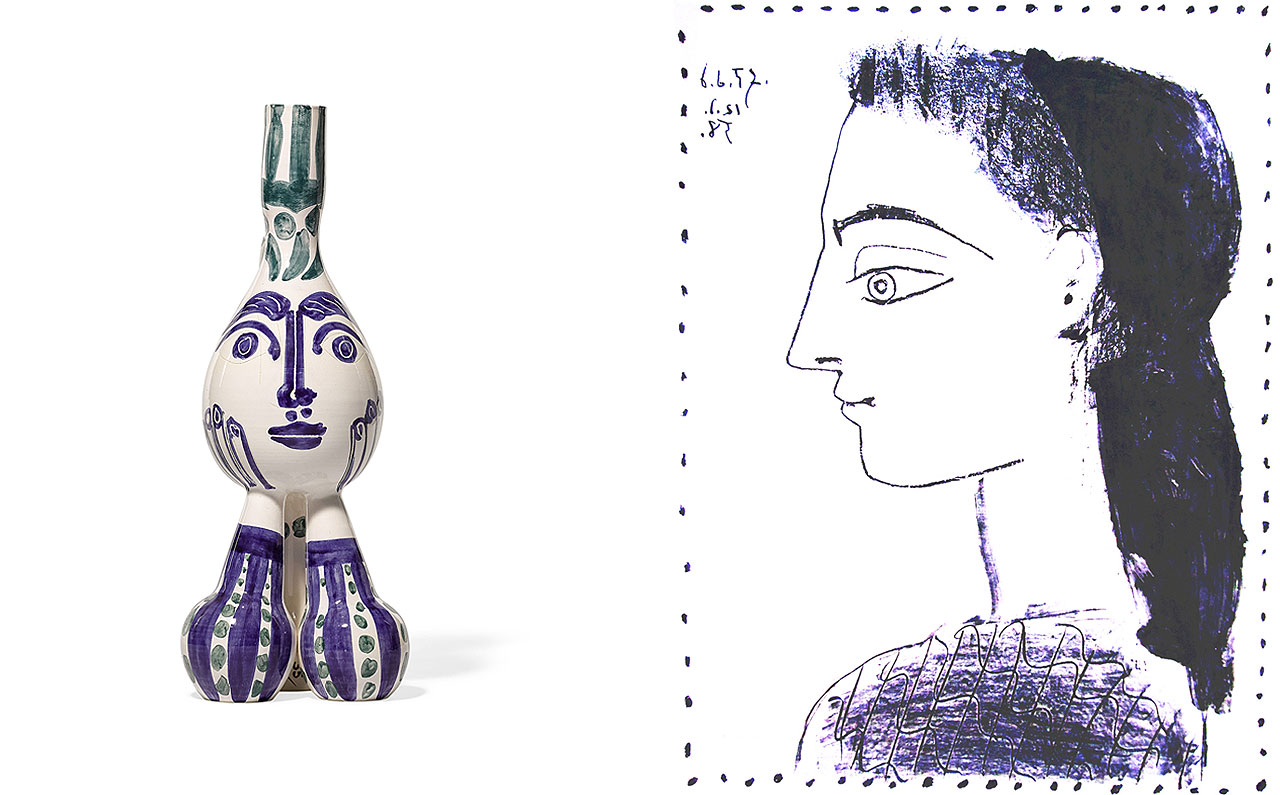 In many ways Lord Attenborough was a pioneering collector, many critics and collectors alike had up to that point paid only scant regard to Picasso’s ceramic output. The collection is wholly unique in its time and Attenborough recognized in them Picasso’s creative ingenuity, understanding that Picasso created these works with the same innovative passion as his prints, paintings and sculptures. Attenborough was always keen to loan out these works and even contributed an introduction to the catalogue of an exhibition entitled “Original Ceramics by Pablo Picasso” held at the Nicola Jacobs Gallery in London in 1984.

One of the standout works in the collection is Tripode, 1951, with a form inspired by Françoise Gilot his muse and lover, the front shows her resting on her hands. This was made in a limited edition of 75 and can be expected to attain at least £120,000 at auction. The women in Picasso’s life heavily influenced his art and they would feature constantly in his work. Picasso actually met Jacqueline Roque, his most enduring muse and the women who would come to replace Gilot in his life, at the Madoura factory in 1953.

In 2012 Christie’s, London, held an auction dedicated entirely to Picasso’s Madoura ceramics which managed to sell all the 500 lots on sale, reaching an impressive $12,584,141 in total. Such success implies that the ceramica may have been price too low, however, some experts believe the low estimates are helping to increase the market in Picasso’s limited edition ceramics.

Lord & Lady Attenborough: A Life in Art The Celebrated Private Collection of Picasso Ceramics Sotheby’s London will take place on the 22nd of November 2016. 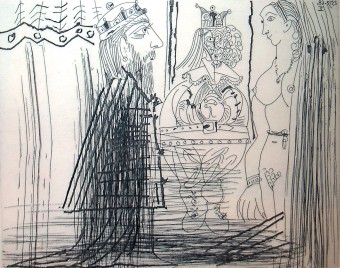