In the early 1930s, when Philip Guston was about 18 years old, he did a series of paintings about the Ku Klux Klan and exhibited them in a bookshop in Hollywood where he was then working. Back then the Klan were a powerful force in Los Angeles and one day “some members of the Klan walked in, took the paintings off the wall and slashed them. Two were mutilated.”

For the white, Jewish painter that was just “the beginning”. Thirty years later in the 1960s, prompted by the violence and civil unrest during the Vietnam War, he returned to the subject with the intention of depicting America “run afoul of its democratic promise”. His series of Ku Klux Klan “self-portraits”, attempted to imagine himself “living with the Klan” and tried to imagine, “What would it be like to be evil? To plan and plot.” These paintings are now at the centre of an international controversy in the aftermath of the shock decision by the National Gallery of Art in Washington, Tate Modern, and the Museum of Fine Arts in Houston and Boston, to postpone until 2024, the large-scale touring retrospective “Philip Guston Now”.

In a joint statement issued by the four museums, the delay will be until “a time at which we think that the powerful message of social and racial justice that is at the center of Philip Guston’s work can be more clearly interpreted”. But at a time of surging racial justice protests, spearheaded by the Black Lives Matter movement after the murder of George Floyd, many high profile commentators, including Darby English, a professor of art history at the University of Chicago, have called the decision “cowardly” and “an insult to art and the public alike.” 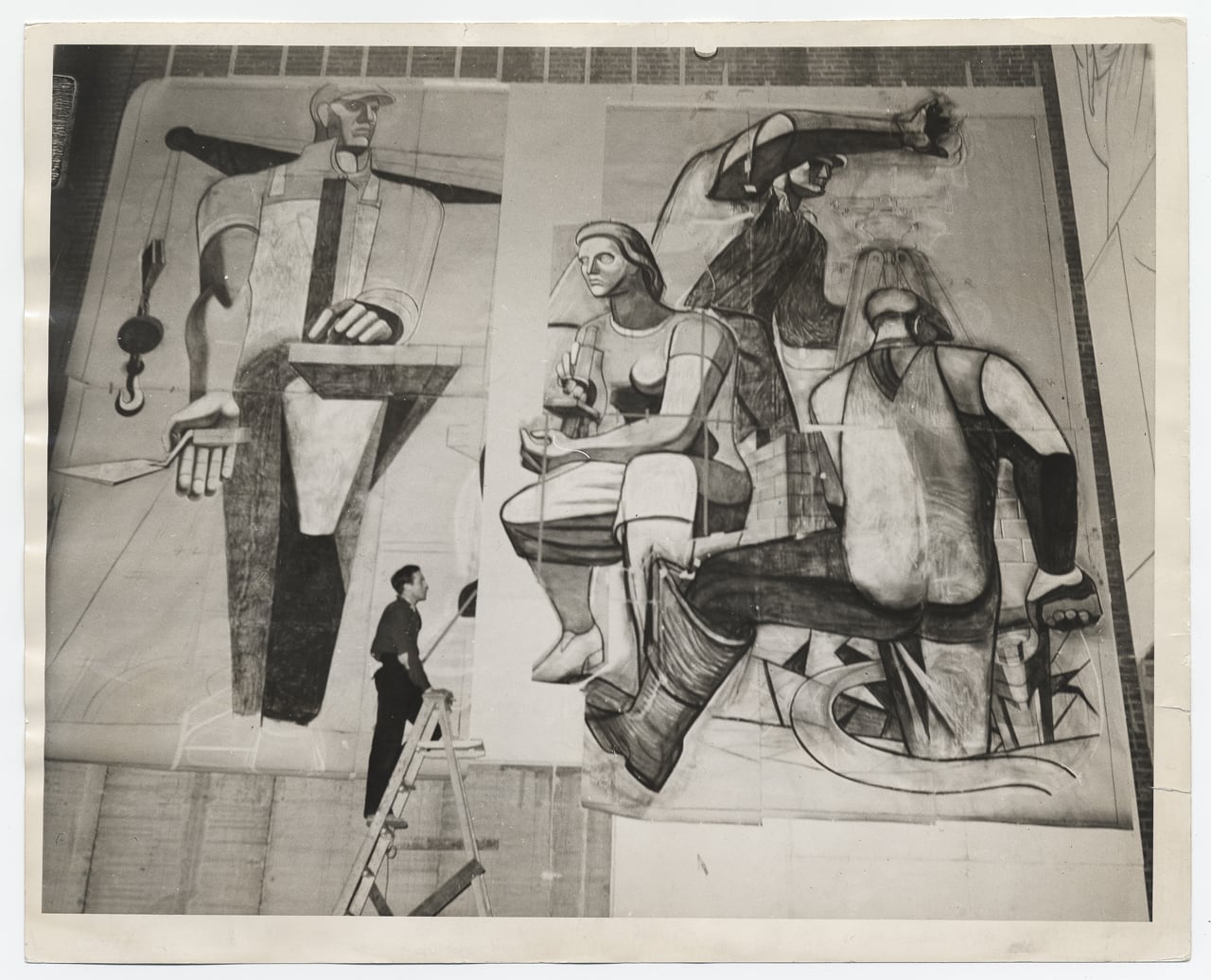 The statement released on behalf of the four directors, goes on to say that they have recognized that the world is “very different” from what it was five years ago, when the project was first started. But it hasn’t stopped the speculation that the decision to postpone the exhibition was at least partly prompted by the fact that the four main curators are white. This chimes with the directors plan to “reframe their programming… and bring in additional perspectives and voices to shape how we present Guston’s work to our public”.

Drawn in a rough, cartoonish style, Guston’s Ku-Klux-Klan series show hooded figures, smoking, drinking and driving around town. When he first began working on them, “Ideas and feelings kept coming so fast; I couldn’t stop, I was sitting on the crest of a wave.” He conceived of a whole “city overtaken by the Klan” and worked at highspeed. One of the paintings, Cellar was completed in just one four-hour sitting.

The works have a squalidness and cartoon dumbness, so that it’s hard to know what to make of them – they “baffle me, too”, Guston once admitted. Yet the oafishness of the hooded figures, reveal the aching mundanity of white supremacy. Their crudity, wrote the art critic Harold Rosenberg, “give a simple account of the simple-mindedness of violence”.

The most well-known of them, his meta-self-portrait, The Studio, 1969, actually implicates himself in the perpetuation of white supremacy. The piece depicts himself painting at an easel in a Klansmen hood whilst puffing away on a cigar. It is a brutal piece of self-scrutiny and one that Mark Godfrey from Tate Modern, one of the exhibition curators, believes reveals the “nuance and politics of Guston’s works.” In light of the postponement for which he was not responsible, it is “actually extremely patronizing to viewers” to assume they would not be able to appreciate that. 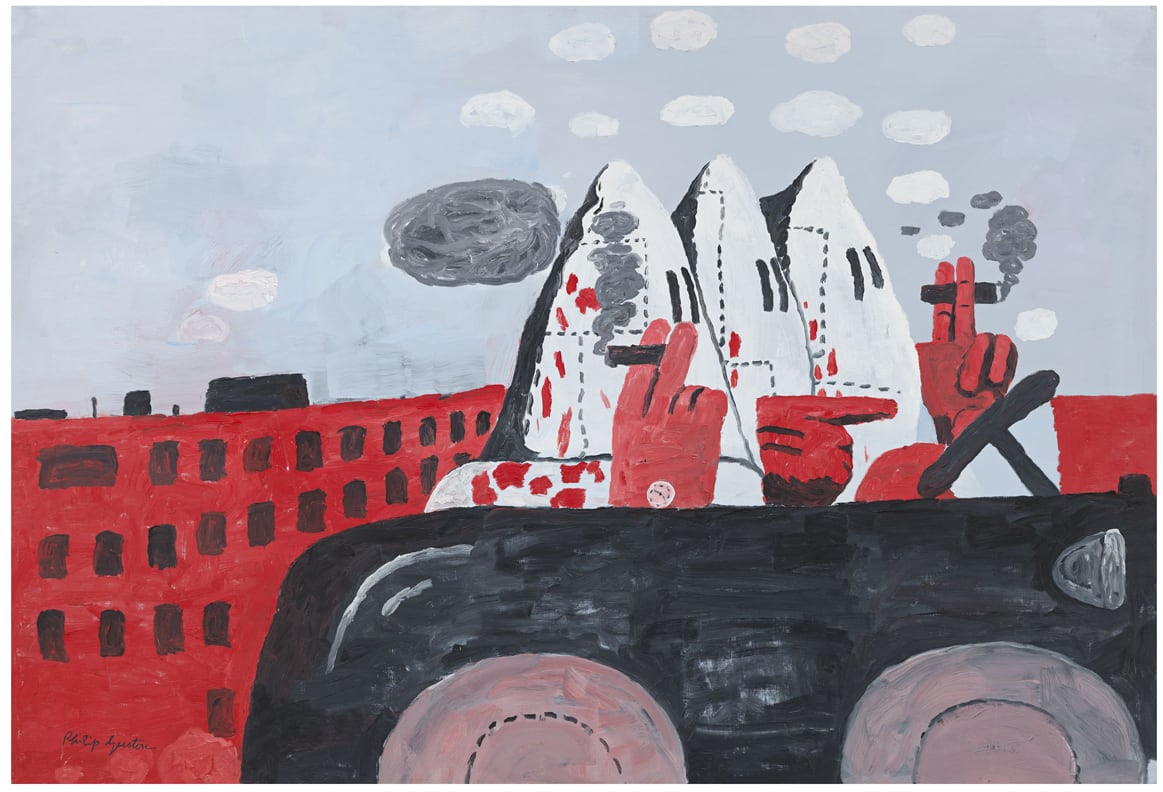 Even back in the 1960s, when the paintings were first exhibited the reviews were scathing. Marlborough Gallery, who up until then had represented and supported Guston, did not renew his contract. One of the few positive reviews came from his friend and contemporary, Willem de Kooning, who told Guston he thought the Klan paintings were “about freedom”. And “freedom to do whatever you can imagine”, Guston believed, was the “only possession an artist has”.

Born Philip Goldstein in 1913, Guston was the son of Jewish parents who had fled persecution and the pogroms of Russia and emigrated to Canada. Later the family moved to California in search of work but instead found themselves harassed and persecuted by the Ku Klux Klan. When Guston was eleven years old his father committed suicide, he was the one who discovered his dead father’s body.

Throughout his childhood Guston’s mother had always encouraged him to draw cartoons and he studied with his friend Jackson Pollock at the Manual Arts High School – both of them would later be expelled for their satiric drawings. Moving to New York in the 1950s, he became a leading figure in abstract expressionism but by the mid 60s, uneasy with the isolation that abstract painting encouraged and inspired by the upheavals of the time, he made the shock decision to turn his back on the movement and return to his earlier more figurative cartoonish style. It was an attempt to find a contemporary, more colloquial language for his times, and in doing so he had the guts to produce work that broke free from all conventions. 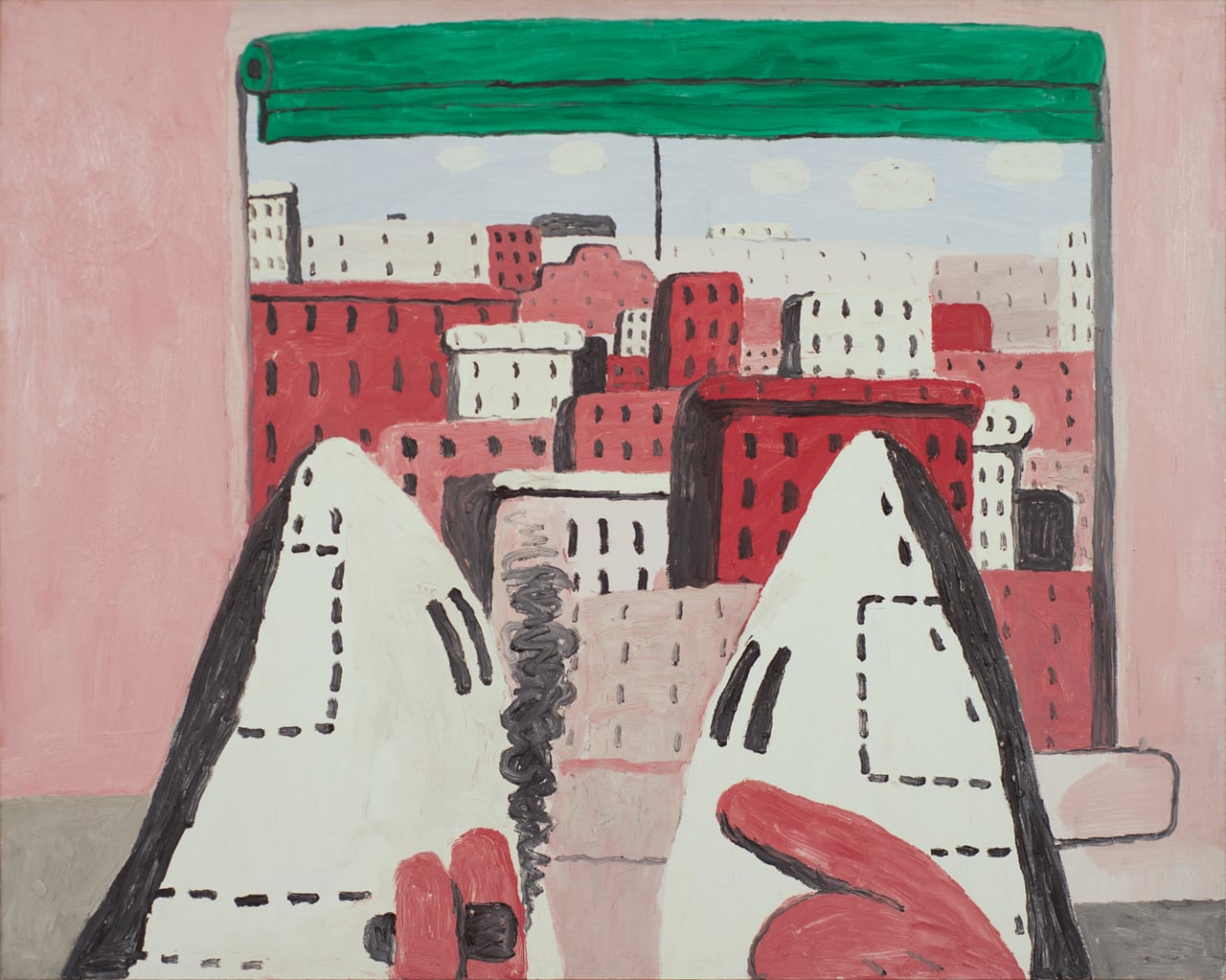 It is a view echoed by Guston’s daughter, Musa Mayer, who in a statement released by Hauser & Wirth wrote: “These paintings meet the moment we are in today. The danger is not in looking at Philip Guston’s work, but in looking away.” She believed that her father had “dared to unveil white culpability, our shared role in allowing the racist terror that he had witnessed since boyhood.”

She has a point, these four prominent museums are backing down from putting on an exhibition because they are concerned about audience responses to its anti-racist imagery. For Guston, “Nothing is ever solved in a painting; it’s a continuous chain that doesn’t go in one line, it goes in a serpentine line or in crooked paths, detours that have to be investigated.” Now more than ever these culturally loaded works need to be in the public domain, to be discussed, interrogated and properly scrutinised, failure to do that impoverishes us all. 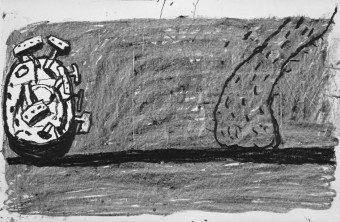 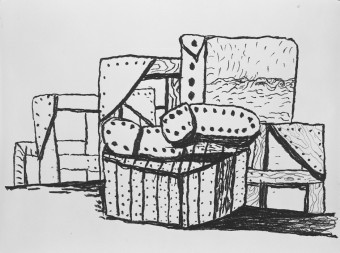 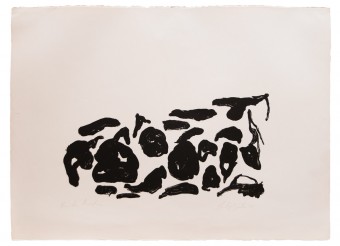