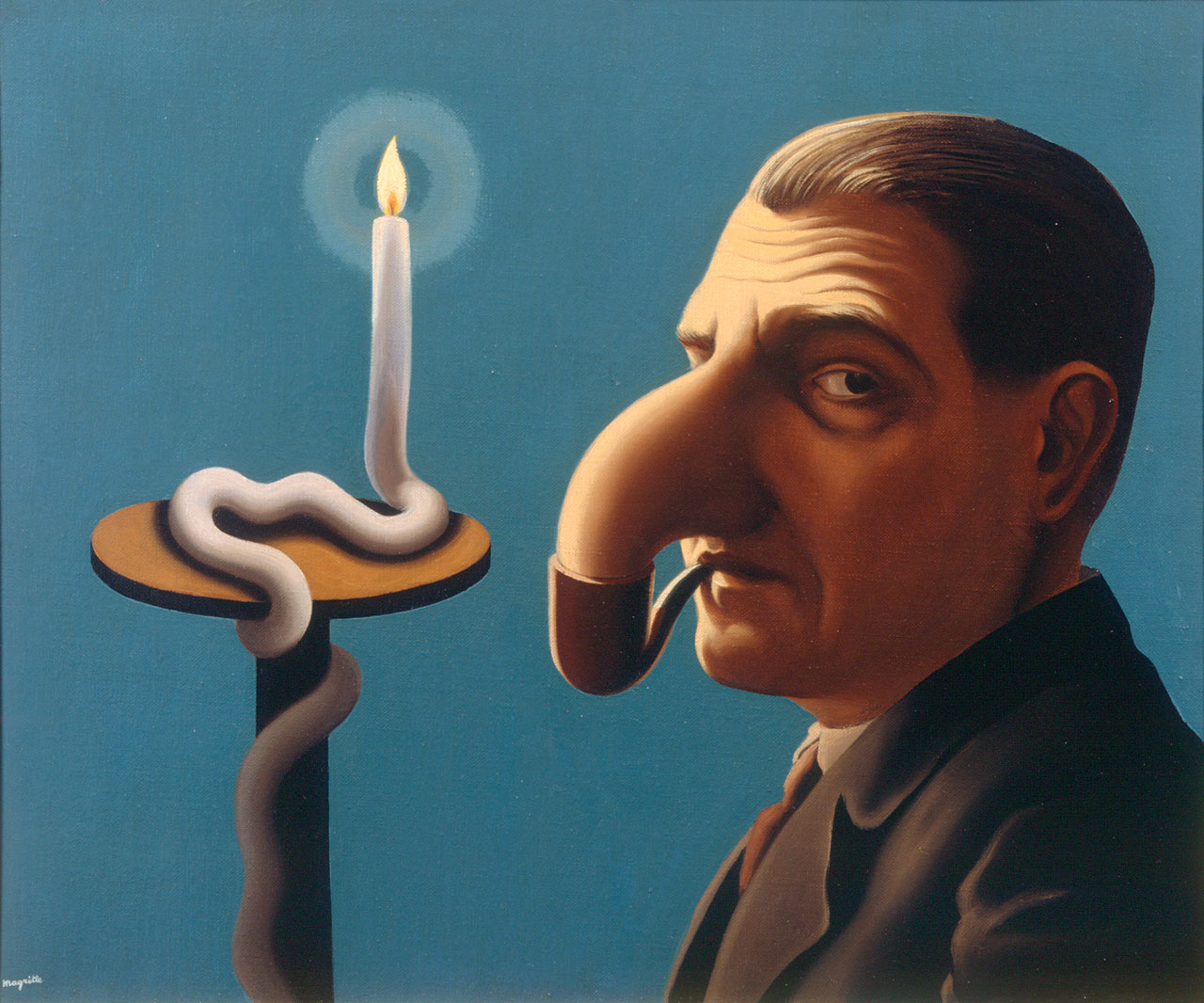 René Magritte and The Treachery of Images

“There is a desperation in all certainty,” the artist William Kentridge once said, “political uncertainty, philosophical uncertainty, uncertainty of images is much closer to how the world really is.” René Magritte knew this better than anyone, his work posits its own truth, the unreliability of reality. Time and time again he revealed the scorching falsity underpinning our notions of truth.

From businessmen with apples obscuring their heads (The Beatles’s inspiration for Apple Corps), to his work The Empire of Light, a disquieting inversion of day and night, his best work always demands a double take. The deadpan style is just a decoy, you perceive immediately that there is something to get, so you look again and again. And therein lies the genius. Nothing is ever resolved, there is no final decoding, just eerily voiced questions, silent screams in our daily lives. 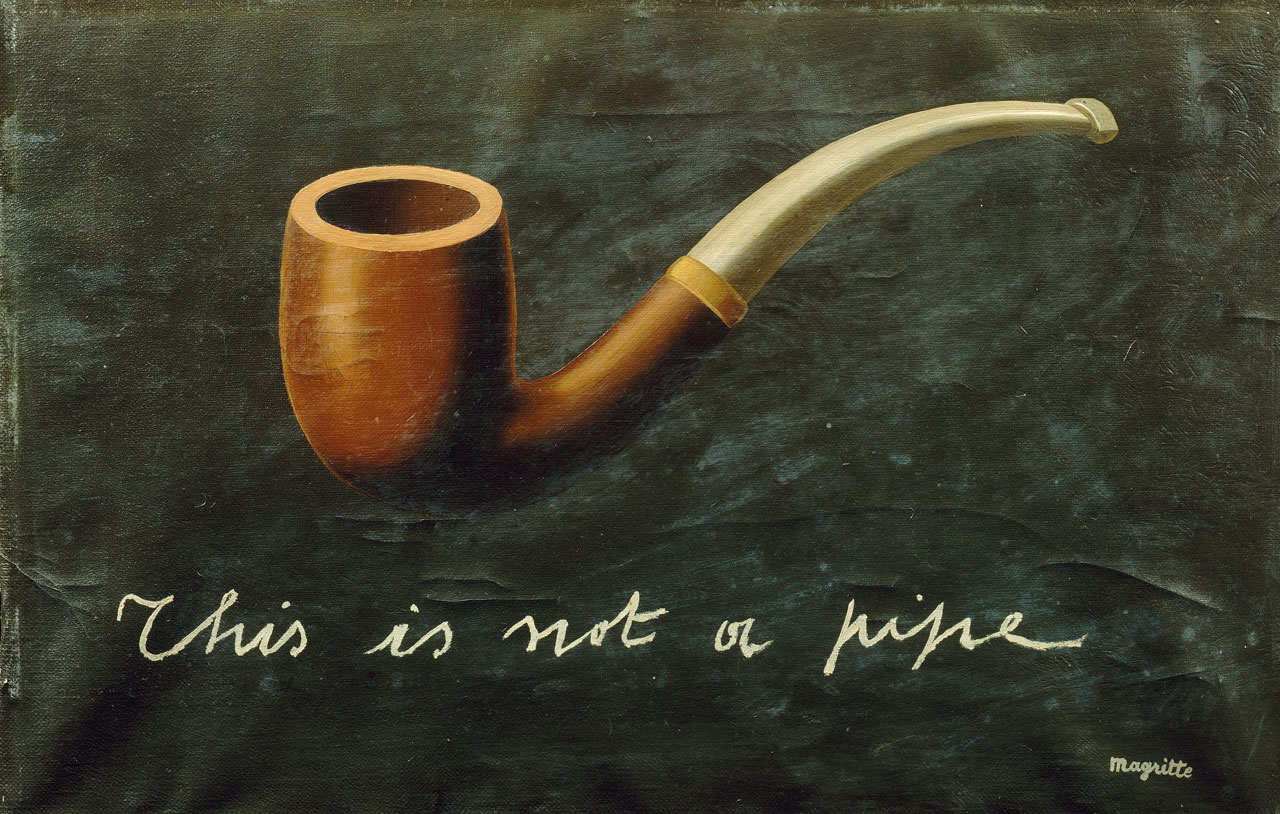 His most famous work The Treachery of Images with its shop-sign-style picture of a pipe encapsulates the issues at the heart of his practice. With the words “Ceci n'est pas une pipe” (this is not a pipe), the viewer is presented with an irreconcilable contradiction, that ultimately renders language useless. Because it clearly is a pipe, though not actually a pipe, but a representation on paper. Smoothly painted to neuter any expressive qualities, the philosophical paradox at its root inspired a playful Michael Foucault to write an homage to it. Magritte returned to this work many times, reworking it paintings and limited edition prints. It foreshadowed contemporary conceptual art by some 30 years. 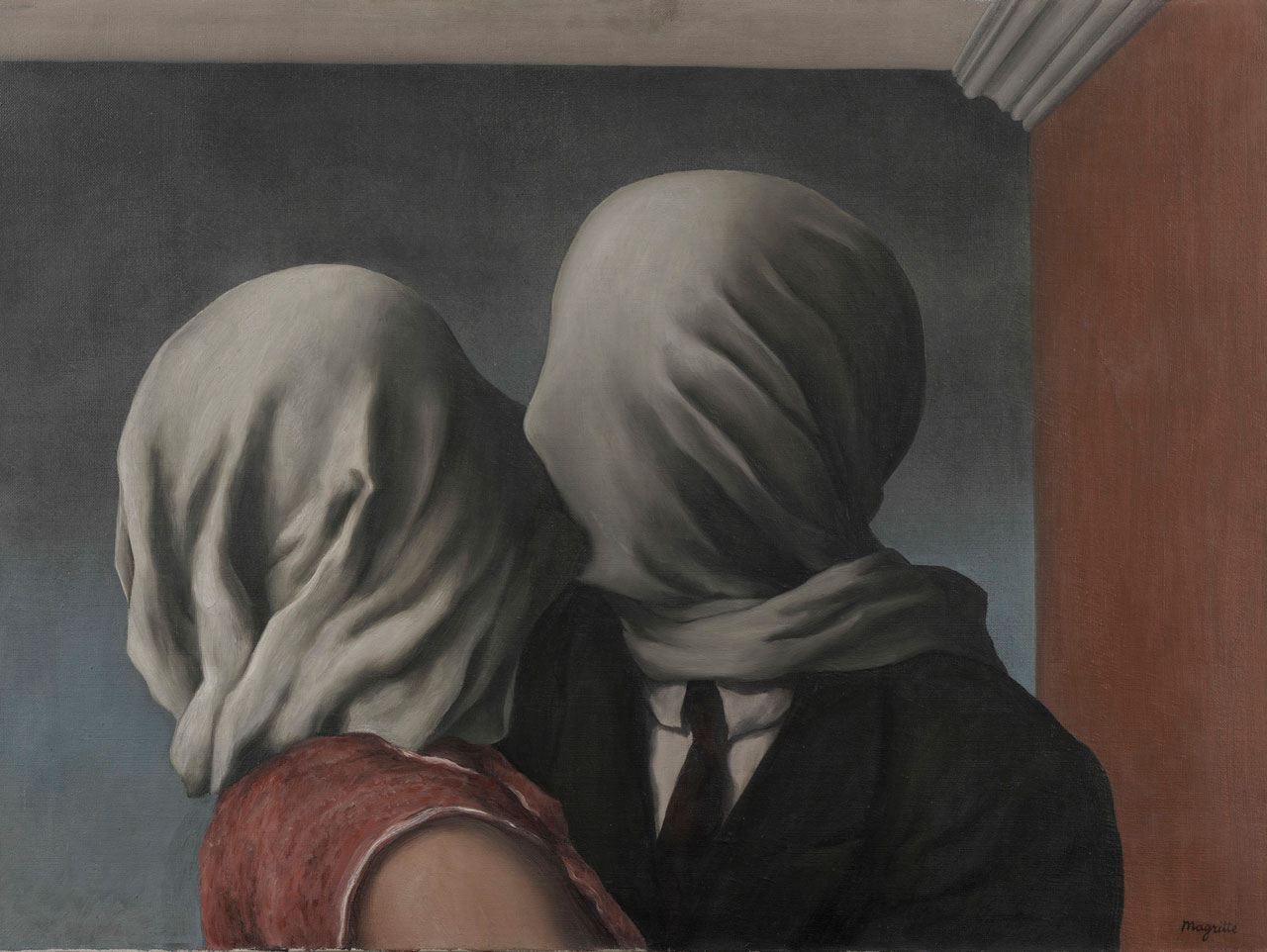 But there was a lot more going on than philosophical games. On the face of it, the veiled couple in The Lovers points to repressed passion, or the disconnect of intimacy, but actually refers to something far more harrowing. Magritte’s mother committed suicide by drowning herself in the River Sambre. Missing for days when her body was finally pulled out of the water, Magritte—watching on the river bank aged 13—noticed that her nightgown had floated-up above her head, obscuring her face like a veil. Such covered faces populate his canvases, expressionless and anonymous, the figures reveal everything and nothing.

Magritte once wrote of his “determination to make the most familiar objects yell”, something he achieved by having the techniques of advertising at his disposal. Unable to exist from his art alone—he did not receive success until reaching the age of 50—Magritte worked for a succession of advertisement industries, even for a time designing wallpaper. But despite his hatred for “the decorative arts and advertising,” it nourished his fine art, and the poster-like qualities of his work have the immediacy of iconic marketing campaigns. It is no surprise that Volkswagen cars and the railway of the French State have pillaged his most famous paintings—their alluring mysticism is an advertiser’s dream.

Strange to think that this top-hatted surrealist, under the guise of a bourgeois Belgian did more than any other artist to reveal the absurdity in our existence. 60 years on, his work is as compelling now as it was then, and in another 60 years we’ll still be utterly transfixed.

“René Magritte The Treachery of Images” runs from now to the 5th of June 2017 at the Schirn Kunsthalle in Frankfurt.