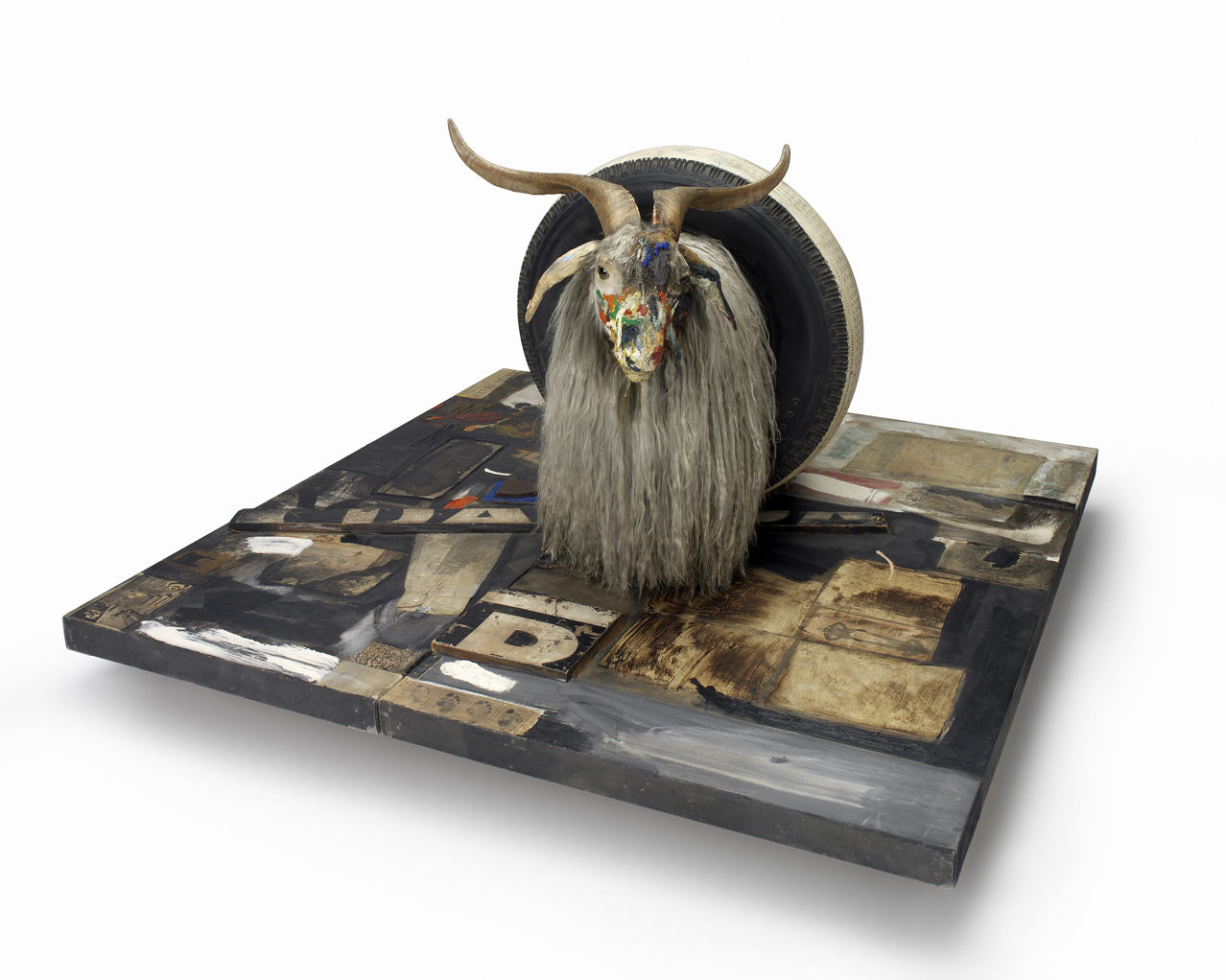 Robert Rauschenberg’s landmark work, Monogram, 1955-59—an astonishing hybrid of sculpture and painting—is being loaned to Tate Modern in London for the first major retrospective of the American Master since his death in 2008.

Jerry Saltz, the art critic of the New York Magazine, described Monogram as “one of the most outlandish and barbarous works of art ever made.” The Angora goat is a symbol in early Christian art of the damned and “this is exactly what Rauschenberg was as a gay/bisexual man and an artist, at the time.” Saltz goes on to conclude that “it is a love letter, a death threat, and a ransom note. It is Rauschenberg carving his monogram into art history.” 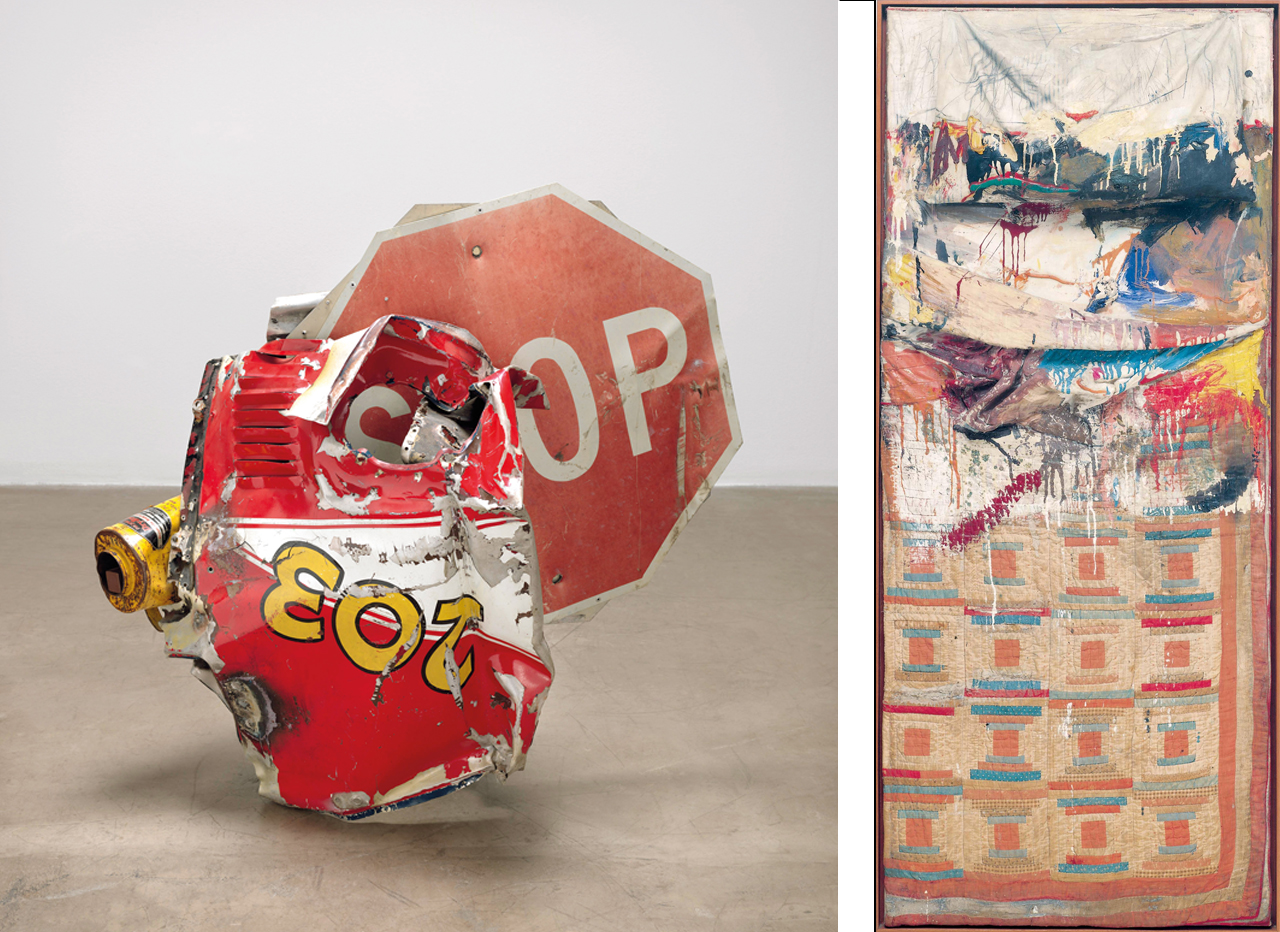 The loan of the stuffed Angora goat fixed to a tyre and positioned roughly in the middle of a canvas to Tate Modern has been agreed with Moderna Museet in Stockholm. The work is adored at the Swedish museum and belongs to the series of Combines made by the artist between 1954 and 1964. His merging of painting and sculpture created an entirely new category of artwork one that challenged the traditional concept of the picture plane as an extension of the viewer’s space. Leo Steinberg described them as being a “receptor surface on which objects are scattered, on which data is entered.”

Rauschenberg had seen the stuffed Angora goat in an office furniture store in New York and, having paid just $15 for it, bought it back to his studio. For a number of years Monogram went through numerous evolutions that are documented in drawings and photographs before Rauschenberg settled on its final form. 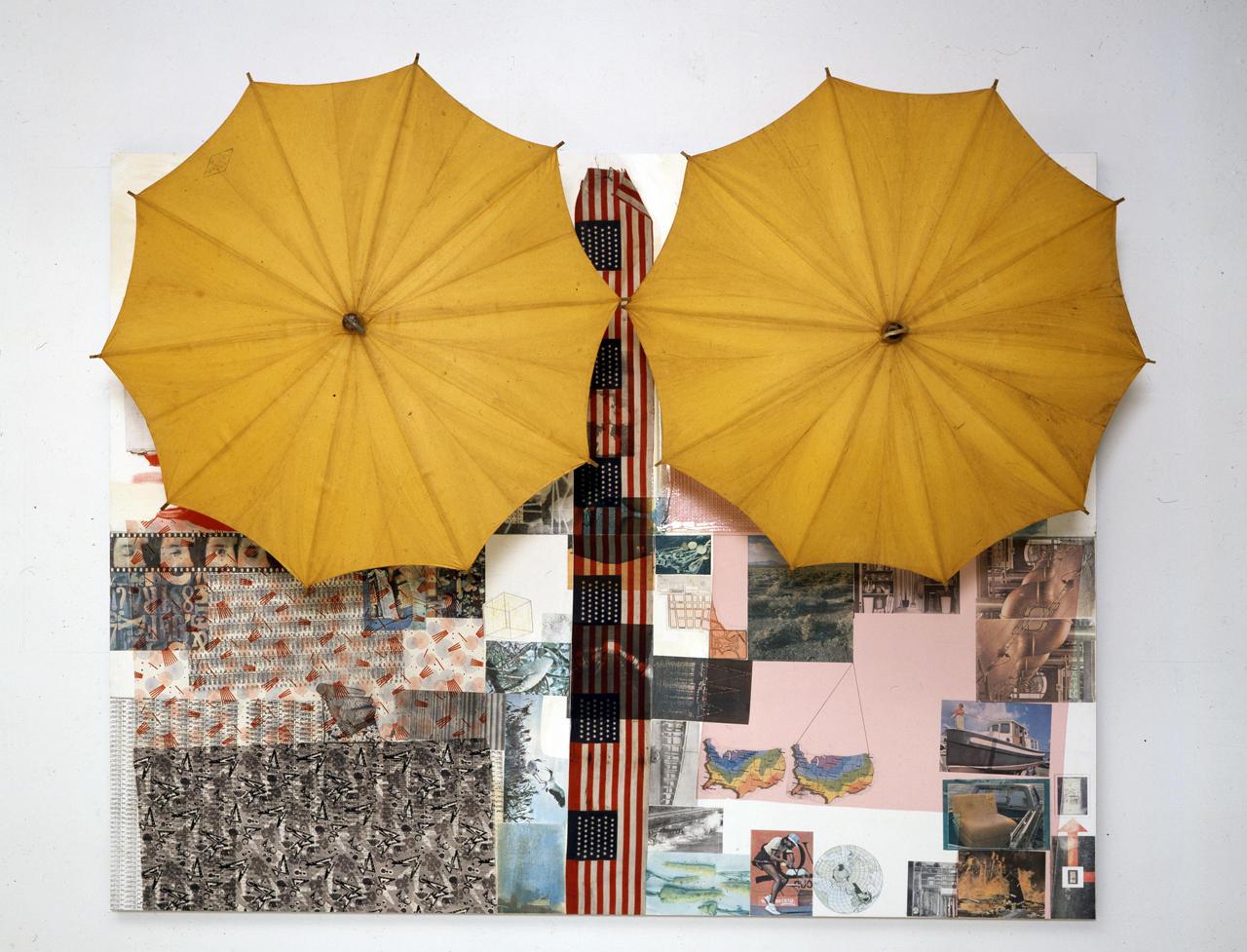 Tate Modern is delighted with the loan and the director Francis Morris speaking to the Guardian Newspaper, has called it an “extraordinary work” and is highly indebted to the Moderna Museet, for loaning such a fragile work that so rarely travels. The exhibition will also feature a number of the Texas-born artist’s most famous works, including a drawing by Willem de Kooning that Rauschenberg erased with a rubber and then framed in 1953, entitled Erased de Kooning Drawing. Also on show will be Rauschenberg’s Bed, 1955, (pictured second from top, right) a work massively ahead of its time, which involved stretching his actual pillow and bed on a canvas frame and then layering in paint. Also a selection of his radical and pioneering work in limited editions and multiples will be exhibited and displayed in the exhibition.

The exhibition is being organized with the help of The Museum of Modern Art in New York and will be transferred there in May 2017 when the Tate Modern exhibition is finished. 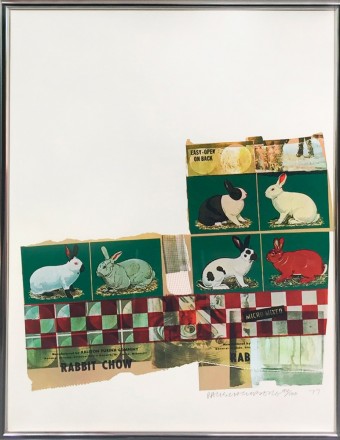 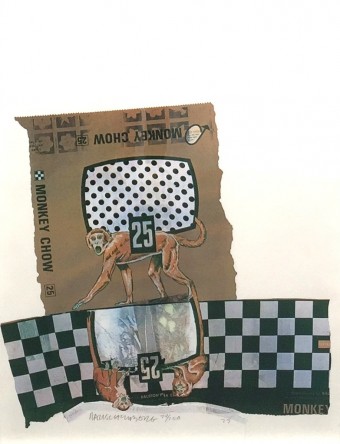