A few weeks before the opening of her first ever solo retrospective in the United States, Sarah Lucas invited women and men in drag or “dressed as giant phalluses,” to throw raw eggs at a wall. As precisely 1,000 shells and yolks were hurled at a huge white canvas, participants were intended to be reminded of the limits placed on women’s reproductive system and men’s comparatively endless abilities.

One Thousand Eggs: For Women, was a suitable opening for the show and a perfect encapsulation of Lucas’ motivations and concerns over her 30-year career. Exploring the perverse beauty of everyday materials, the event emphasized notions of inclusion and accessibility in art all while highlighting the issue of male entitlement and providing a space where women could feel ownership over their own bodies. 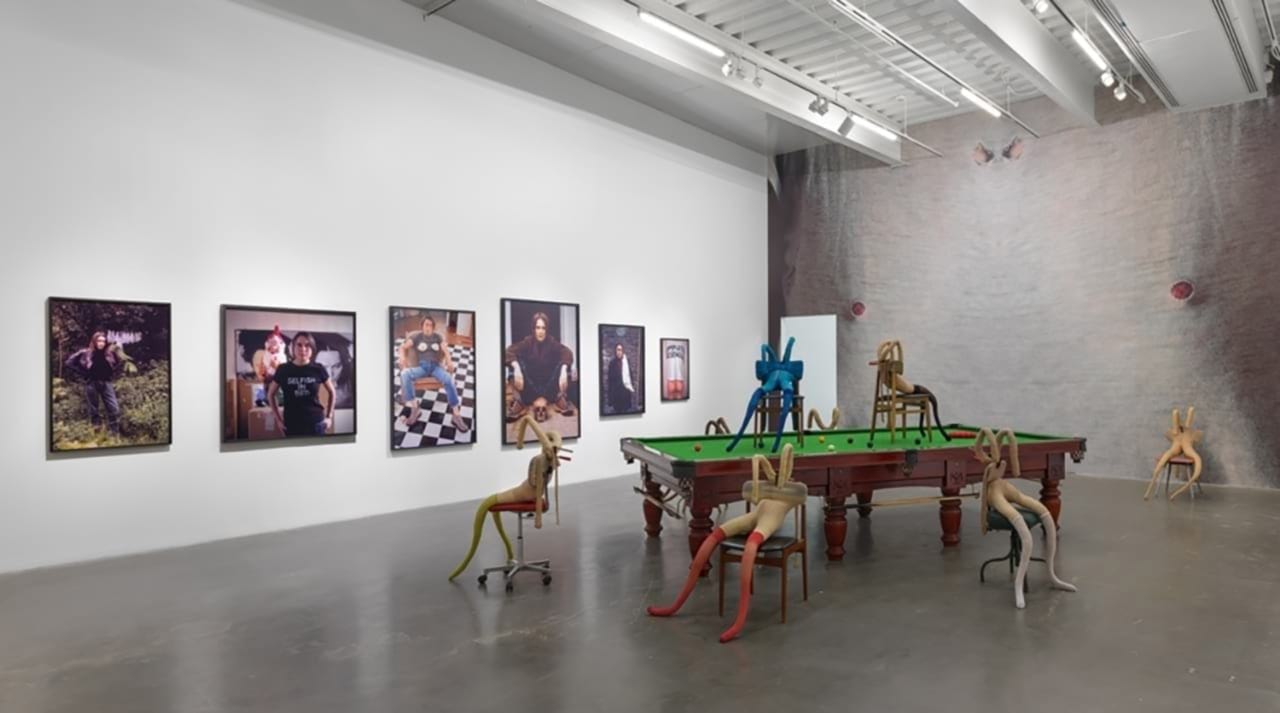 These themes and ideas are carried throughout Sarah Lucas: Au Naturel which opened at the New Museum in New York on September 26. Named after her most iconic work, the exhibition brings together over 200 pieces and spans a multitude of mediums. In keeping with her famously brazen anti-style and attitude, Sarah Lucas: Au Naturel confronts visitors with unconventional portrayals of the human body, constructed out of bunny shaped pantyhose or arranged using food. The show is equally significant in its distancing of Lucas from the other YBAs—the group of artists she is most commonly associated with. Her work, in this context and presented during this period of cultural reckoning demolishes all expectations, symbolizing a rude and loud defiance to male privilege and women’s silencing.

After bursting onto the contemporary art scene in the late 80s and early 90s, Lucas has made a name for herself by satirizing gender stereotypes and deconstructing femininity and masculinity. Her honest approach to creating art allows her to address crucial debates about gender, the body, identity and society’s power structures in an accessible, often humorous but always unrelentingly challenging way. Transforming everyday materials and objects, Lucas explores sexual ambiguity in a disorientating and absurd manner, similar to that of the Surrealists or Duchamp with his ready-mades. Inserting herself into this sculptural art history, she employs a feminist spin and manages to expose the ways in which art has previously been used as a function of male desire. 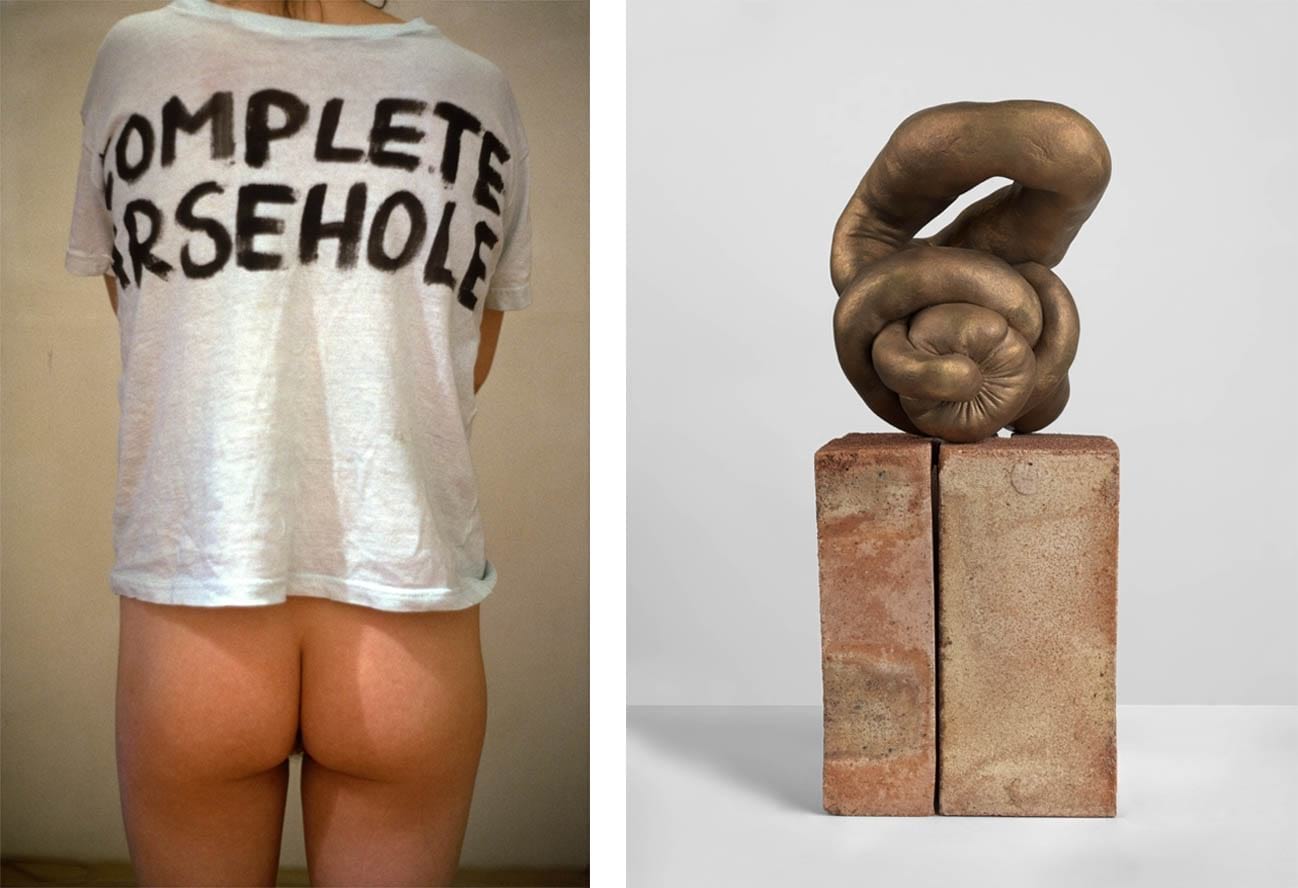 Au Naturel, the piece for which Lucas is most widely known, is made using a random array of found objects—a mattress, two melons, a pair of oranges, a cucumber and a bucket. Suggestive and humorous, the arrangement of this work is clearly intended to resemble male and female body parts in a way that allows Lucas to rethink how we view sex. Two Fried Eggs and a Kebab is a similar installation that constructs the female body using exactly these two components. The element of domesticity and the use of humor in both of these works ultimately satirizes the way in which men have used art for their own pleasure. Despite their explicit and obvious undertones, Lucas denies any sense of satisfaction and reverses the male gaze with these food and object arrangements. 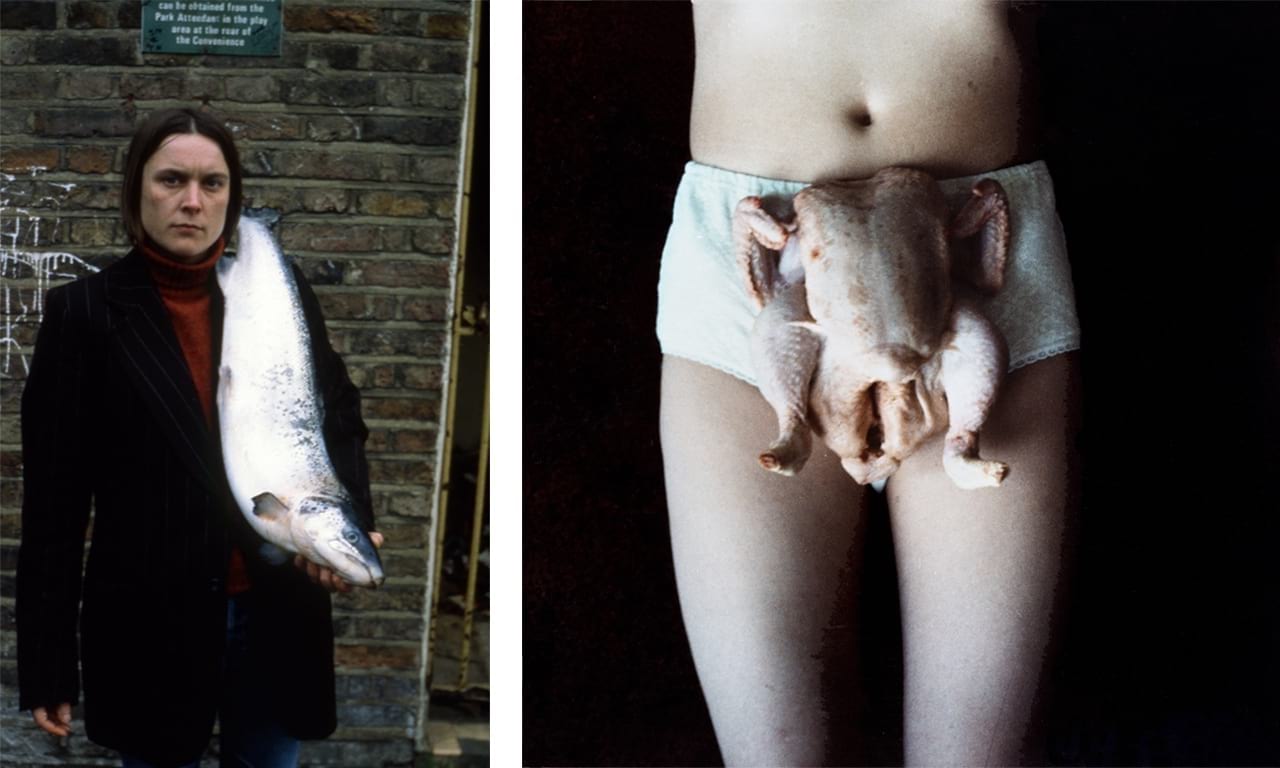 In her self-portraits, Lucas explores her own expression of gender. Confidently staring into the camera in pieces such as Self Portrait with Fried Eggs, she subtly subverts notions of femininity while also making fun of her own seriousness through the slightly provocative placement of the fried eggs. “Sometimes people can think something very, very slight is shocking. People get unsettled but it’s very, very tiny gestures actually. That to me is a quite curious thing because then you realize how sort of confined we all are by our civilization.”

Coming from an environment where “nobody knew anything about contemporary art. Or if they did know anything about it they thought it was a bloody load of rubbish,” Lucas has always made it her mission to make art for the wider audience, not just the academics. Seeking to “include people who might not go into an art gallery”, her work relies on instinct and an honesty that challenges conventional notions of taste, gender and power. Despite her raucous reputation and infamous ability to shock, it is ultimately a joy in creating that drives her and as she once said of her art: “We have a good old laugh together.” 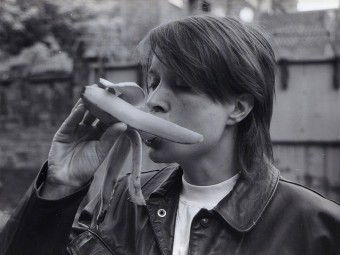