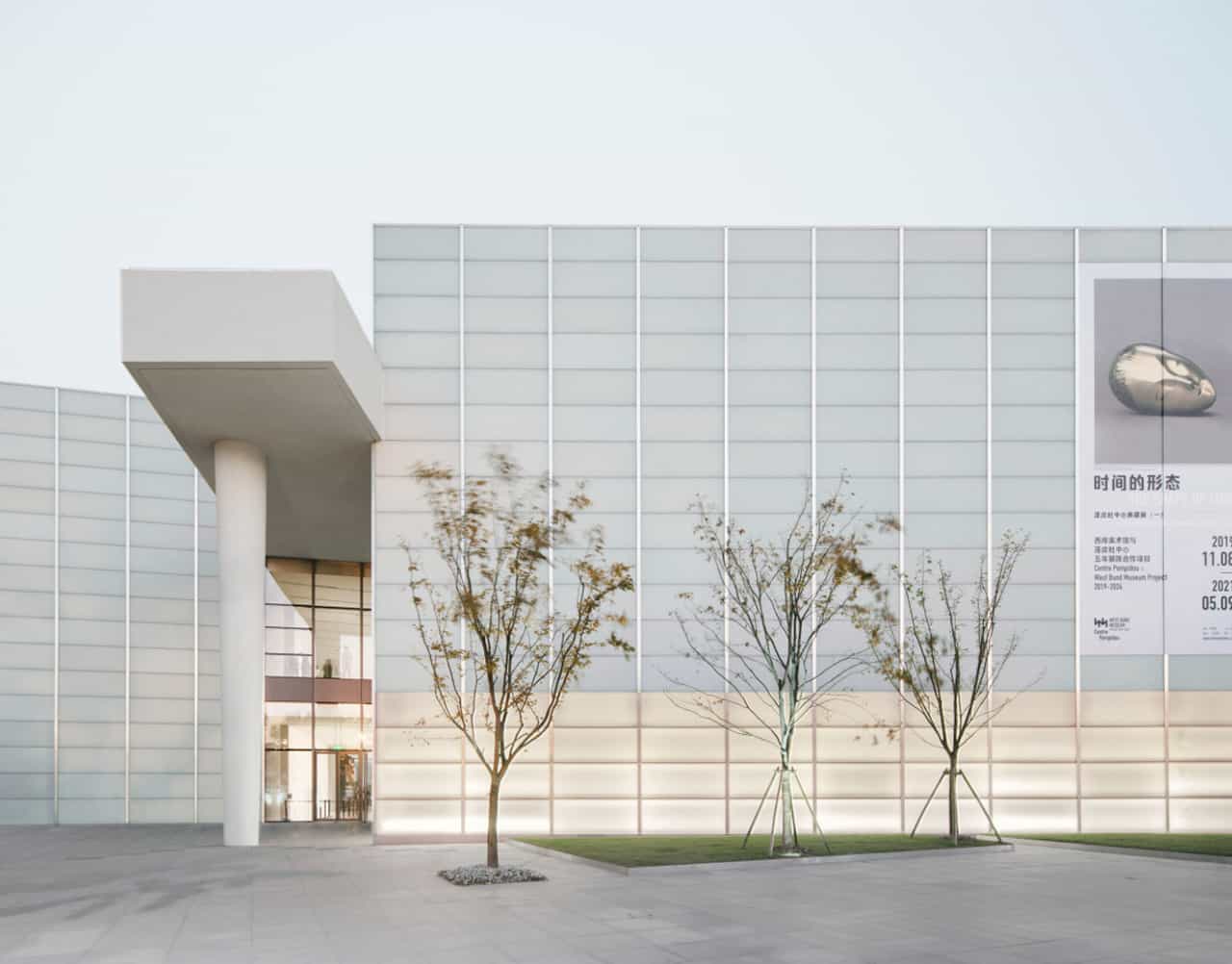 Amidst the thriving business at Shanghai Art Week a currency of a different kind was changing hands. You could hear it in the transactions between local Chinese collectors and jet-lagged gallery workers, it was the sound of nearly 100 years of Western influence and dominance being handed over. For after decades of fluctuation and speculation, Shanghai looks set to leapfrog its competitors and become the art world powerhouse.

For China's largest city it’s been a while coming. Twenty years ago, in the midst of a manic bout of urbanisation, Shanghai had few museums and no discernible art market. But the country's meteoric economic rise has sparked a new phase in the country’s growing appetite for culture and cultural prominence. In contrast to Beijing which is constrained by political conservatism, Shanghai is now the city of innovation and its speed of development is dizzying – it’s said that the equivalent of Manhattan is being built there every year. 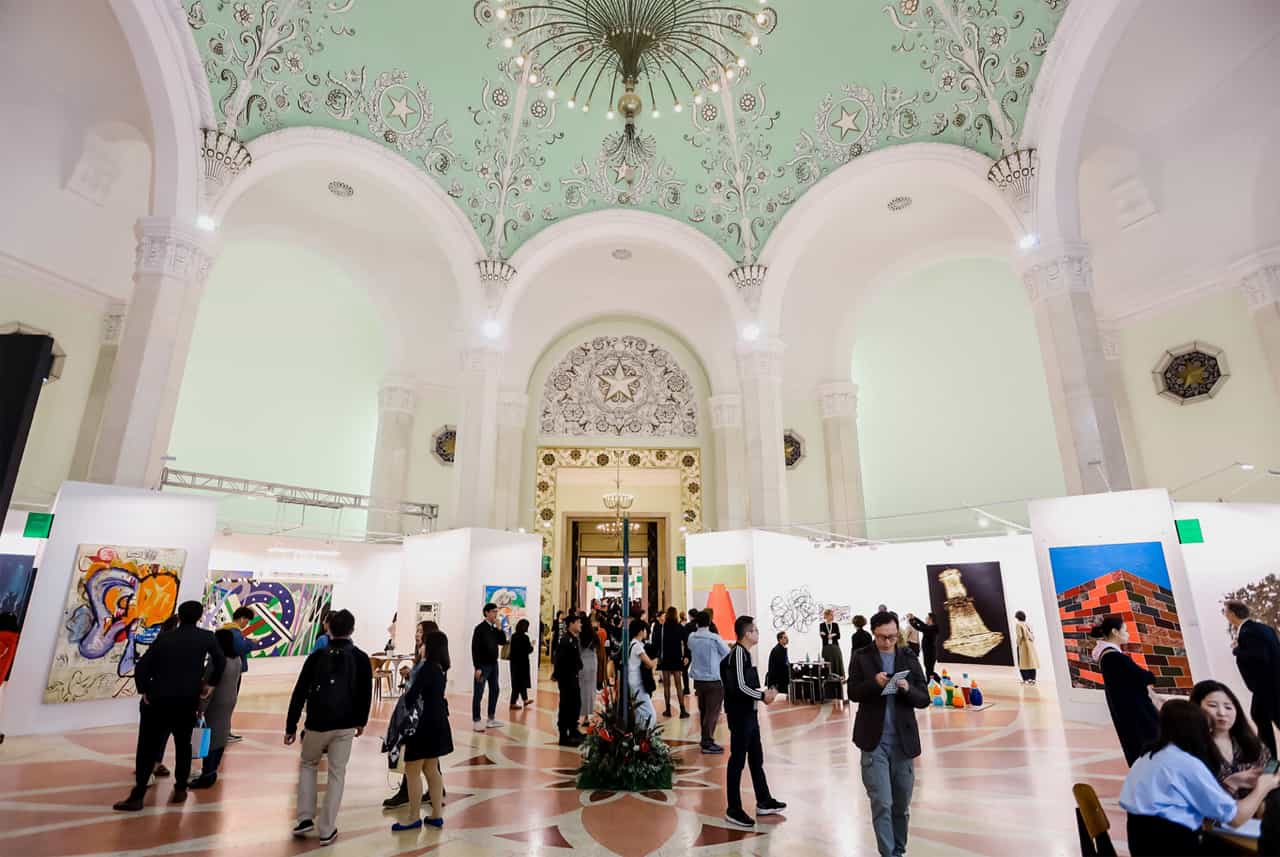 It's new 7-mile waterfront cultural corridor combines grandiose cultural institutions with colossal real-estate projects, and by far the most significant of these is the newly completed West Bund Museum Project. Designed by everyone’s favourite “safe pair of hands” David Chipperfield, the new museum will for a period of 5 years receive major loans from France's Pompidou Centre. Its opening was significant enough for President Macron to fly in for its opening earlier this month and hail the “friendship of China and France.” This is not the first time France has loaned out its prized assets and whether you see it is as museum diplomacy or a type of cultural pimping the benefits to France will be far more than the €2.75 billion it will receive in payment.

There have been some notable controversies however, not least the censorship of 5 artworks from “The Shape of Time” a series of semi-permanent exhibitions that introduce the history of 20th century art using 100 works drawn from the Pompidou’s own collection. So far Serge Lasvignes the Pompidou’s president has remained tight-lipped over the reasons behind the censorship, although we know that Chinese officials find nudity problematic. At ART021, one of two major art fairs to finish last week, the Berlin-based gallery Carlier | Gebauer were forbidden from exhibiting a nude painting. Bizarelly, a nude sculpture by the same artist managed to slip through. 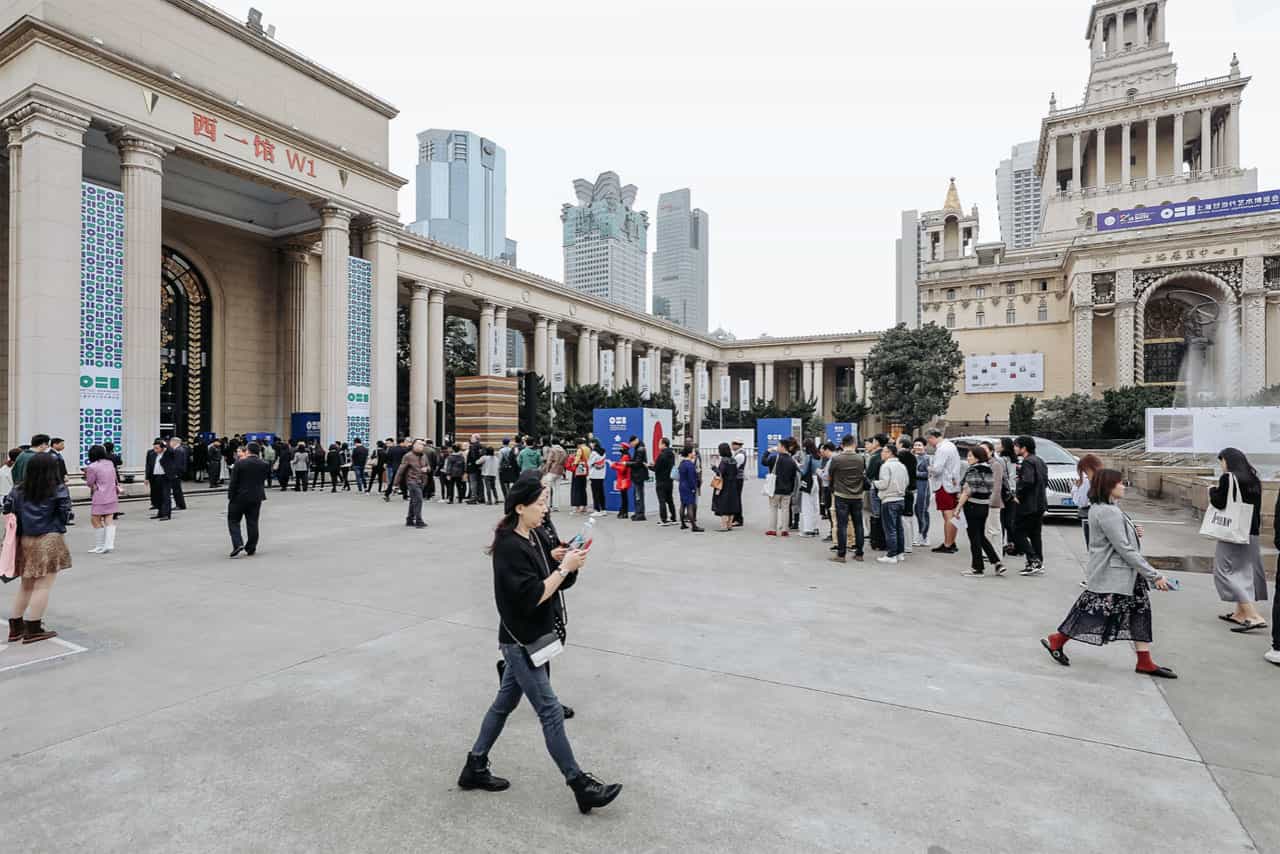 Shanghai’s rise to cultural prominence is coming at a difficult time for China whose public image has been mired by revelations about its internment of Uighur Muslims and its stealthy interventions in semi-autonomous Hong Kong. For many commentators, this unprecedented investment in cultural mega-projects is an attempt to redeem its global reputation, projecting an image of itself as a modern, open economy.

With the continued turmoil in Hong Kong dealers are concerned that collectors will stay away from the once unassailable Art Basel Hong Kong fair in late March and instead make Shanghai their one Asian stopover. A point disputed by Gawain von Mallinckrodt from Wentrup Gallery: “a few of the works Chinese collectors wished to buy we’ve had to bring back to Germany. For reasons of import tax they would prefer to spend their money in Hong Kong, that’s where the business is.” Even now Hong Kong remains the gateway through which China’s richest families and businesses conceal their money. 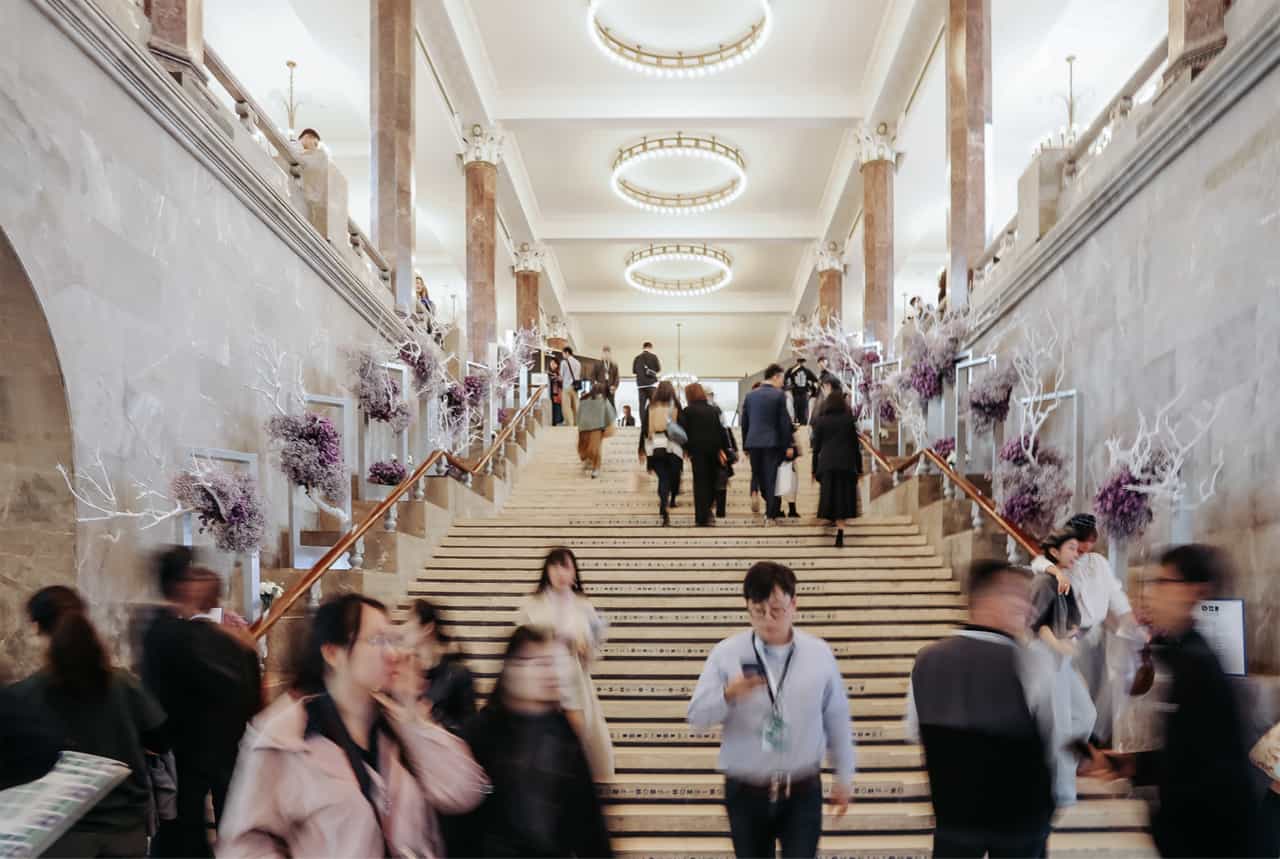 With the ever-growing importance of China in the art market it is inevitable that correspondingly there will be a growing presence from the art establishment: but doesn’t the art world run the risk of lending legitimacy to the repressive Chinese regime? “You could see it that way but what’s important is the cultural exchange,” says von Mallinckrodt, “European culture is still the best transmitter of western values.” It is a view presumably echoed by President Macron. With the Chinese Communist Party deriving its legitimacy from economic prosperity its rule becomes tenuous amid economic challenges such as the ongoing trade war with America. In such an environment the logic behind embracing the art market and taking a slice of its considerable sales ($63 billion in 2018) can hardly be questioned.

As the heaving Shanghai art fairs prove Chinese desire for western art is booming and for the first time ever the country has more ultra-wealthy individuals than America – according to Swiss bank Credit Suisse the number of Billionaires is now close to 580. Whereas 15 years ago luxury goods and designer brands were the key asset, nowadays the “elite have art. If you are someone who’s anyone, you are an art collector” says Kelly Ying the co-founder of ART021. Although China remains behind the US and the UK as the world’s third largest art market according to The Art Basel and UBS Global Art Market Report, the rate of change could well see it overtake the US as the world number 1 within the next decade. 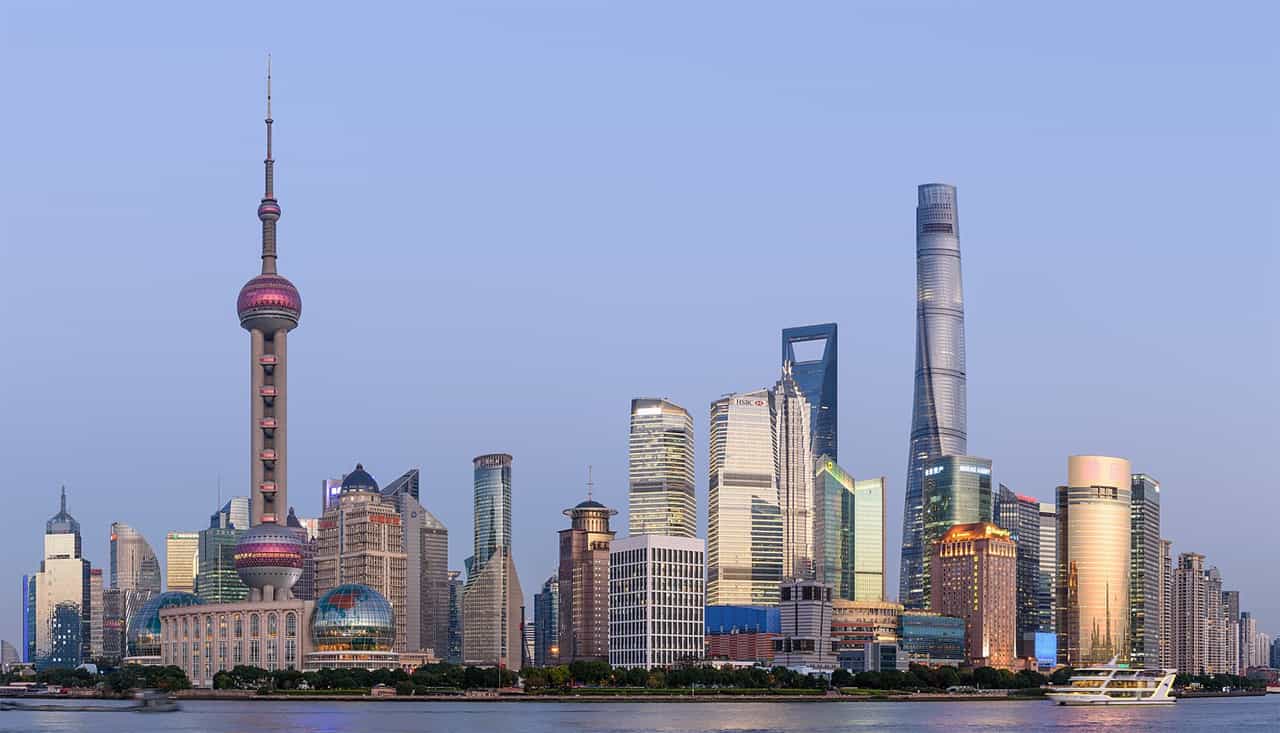 At least for now there is still some way to go before Shanghai has the infrastructure to compete with major art world destinations in the mould of London or New York, with most of the exhibitors having problems obtaining visas and finding transport around the city a tiresome experience. One director I spoke to told me she was driven around by a confused taxi driver for close to two hours whilst von Mallinckrodt was himself ejected from a taxi after failing to find a common language with the driver. With the way things are going the art world better start brushing up on its mandarin: where there are collectors the art market won't be far behind.