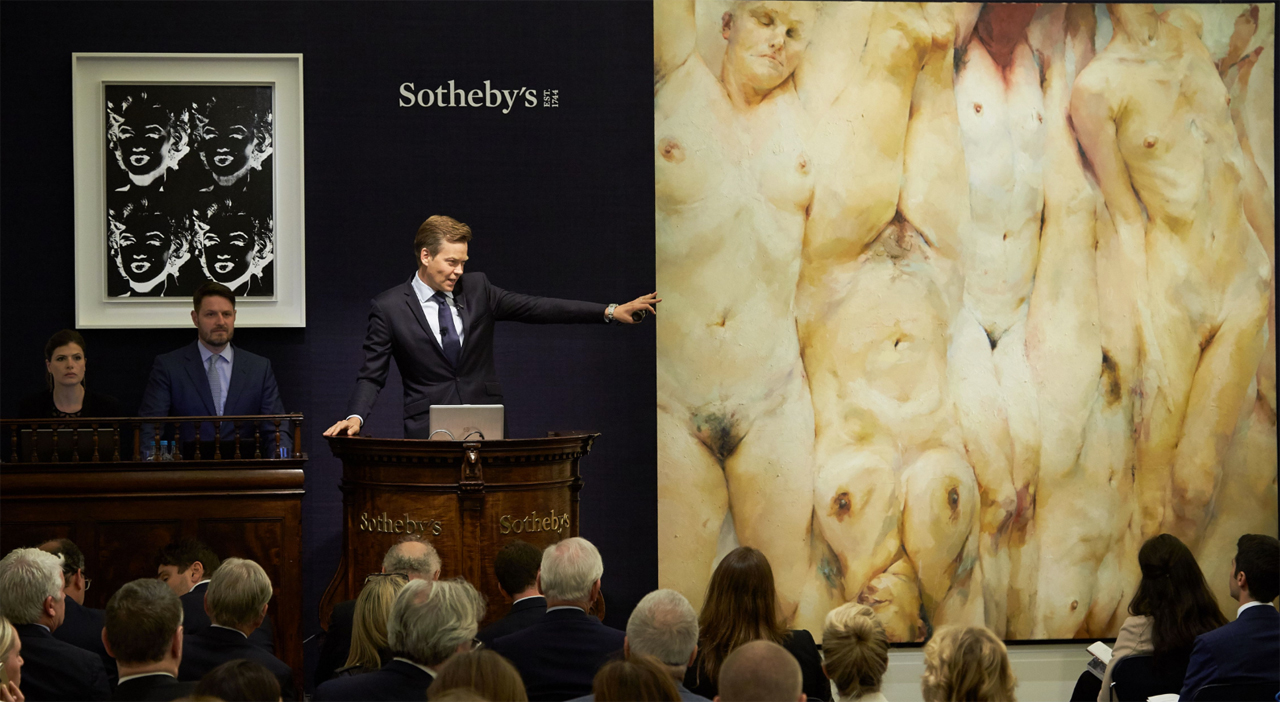 Sotheby’s Contemporary Art Evening Sale showed no signs of being weighed down by Brexit, but instead revealed a vigorously healthy art market with 40 of the 46 lots sold with 26 sold at hammer prices above the estimates. Head of Contemporary Art Europe, Alex Branczik had previously mentioned how difficult it was to put this sale together, however Sotheby’s efforts were richly paid off with a new auction record for Jenny Saville whose painting Shift, 1996-97, sold for a buyer’s premium of £6.8 million to Wang Wei, the Chinese collector buying for her Long Museum in Shanghai. The Chinese collector managed to fend off the rival telephone bidder Larry Gagosian—Jenny Saville’s dealer. The painting was first exhibited in Charles Saatchi’s “Sensation” show in 1997.

The auction revealed the astonishing increase in value many works have experienced in less than five years. A momentous Gunther Förg work dating from 1987 bought by Max Hetzler in New York in 2012 for $34,375, was again sold, this time by another dealer, for a buyer’s premium of £329,000 ($437,000).

What has become known as Keith Haring’s “last great masterpiece”, entitled The Last Rainforest, 1989, sold for a buyer’s premium of £4.2 million to an American collector despite having a high estimate of £4 million. The success of the auction has led to palpable buoyancy among Sotheby’s staff, with Artnet news reporter Colin Gleadell declaring that we are back to the “beginning of the most recent boom.” All this despite the uncertainty affecting the financial markets triggered on Friday by the shock Brexit vote. Final words go to Alex Branczik who stated after the auction: “After tonight we can now look forward with real confidence.”