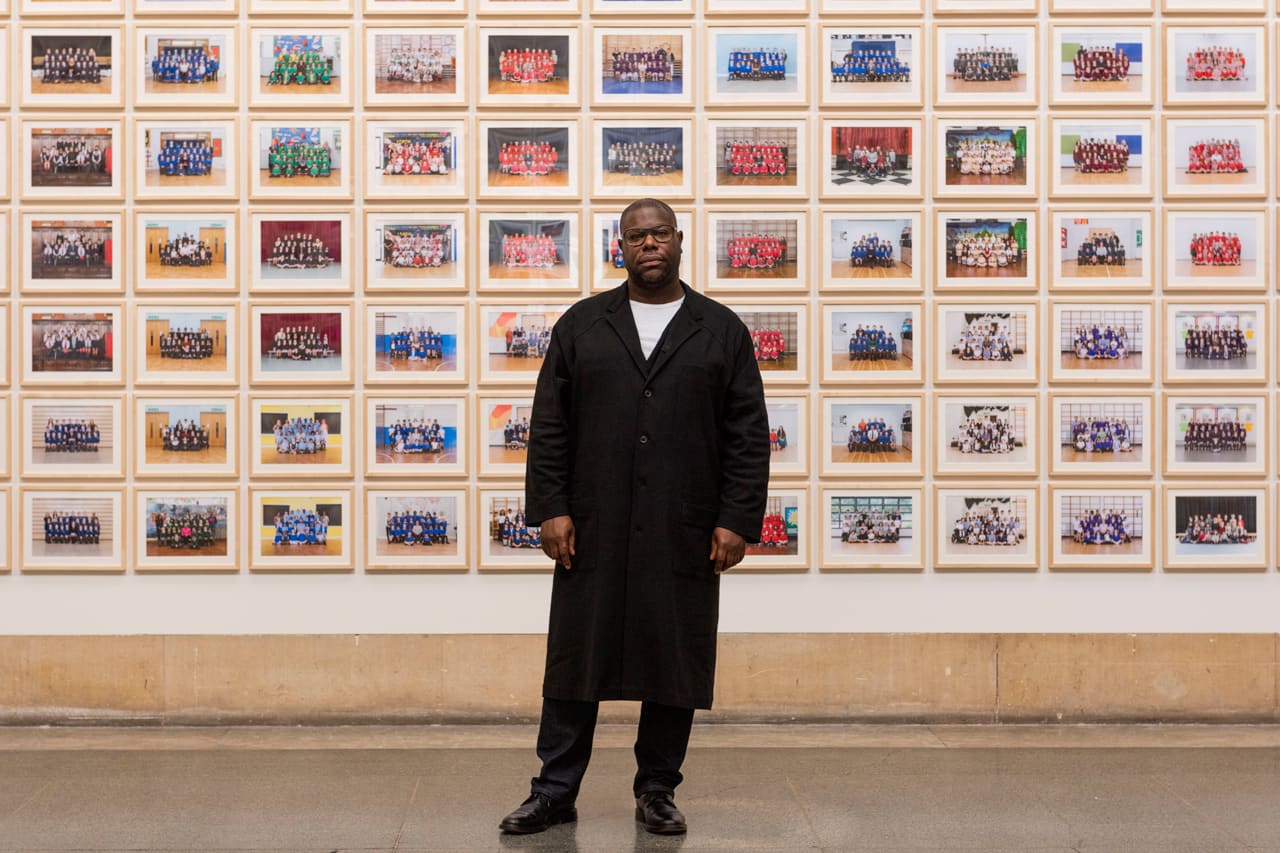 In interviews Steve McQueen has a reputation for being a prickly, difficult character and when this was put to him by the questioner of BBC Radio 4’s flagship program, Desert Island Discs, he snapped “I’m a black man, what do you think? Before I walk into a room people make a judgment, I don’t care. Totally not.” The interviewer taken aback took a moment before moving the conversation along, leaving his answer to echo in the heads of a million, middle England luvvies.

Whether he cares or not what’s important is the uncompromising manner he takes on issues that for so many would be too contentious. It is a stance that has enabled him to rise to the top of two professions: winning The Turner Prize in 1999 for Bear, an unsettling evocation of our stereotypes of black men and then 15 years later the Oscar for Best Director for 12 Years a Slave – the first black man to ever win the award. “When you don’t need money you’re free,” he says of his time in Hollywood dealing with studio executives, “The only thing they can offer you is money, when there is nothing there’s no enticement.” 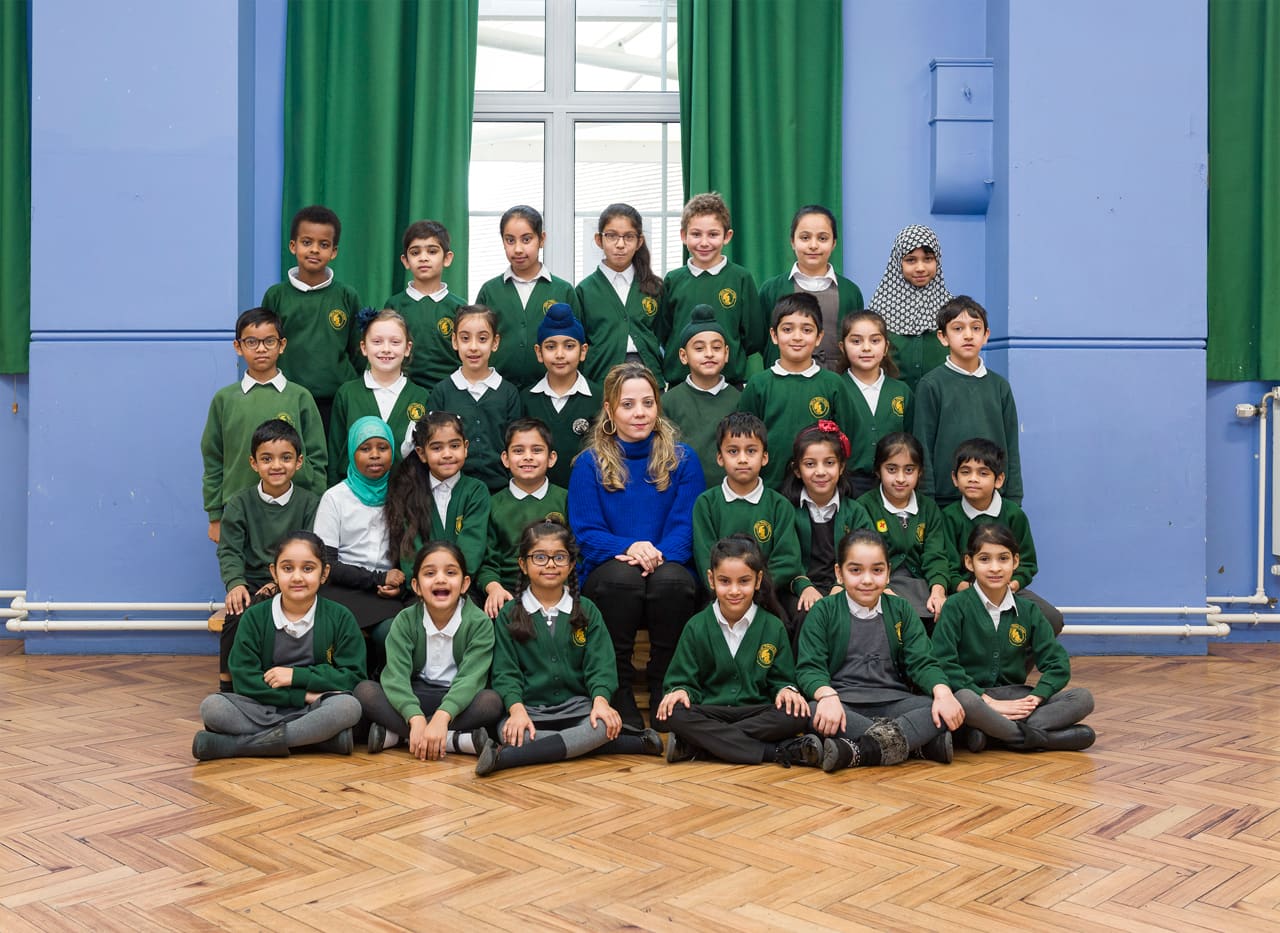 His achievements are all the more remarkable considering he was written off at school and placed in a set reserved for “manual labourers”. Dyslexic and wearing an eyepatch due to a lazy eye, his future “was tied up when I was 13 years old.” Of course knowing his character it’s not surprising then that the man so determined to leave their school days behind them has decided to revisit them, working through his memories of Little Ealing Primary School and merging them with the experience of over 76,000 schoolchildren.

Opening on Saturday at Tate Britain and made in collaboration with Artangel, the hugely ambitious Year 3 Project displays the school photographs of almost the entire new intake of 7-year old London schoolchildren. Featuring more than 3,000 photographs and spread across 600 billboards around London’s 33 boroughs, the work displays the astounding diversity of the city’s population, including private schools, state schools, some uniformed, some not and drawn from all religious backgrounds. 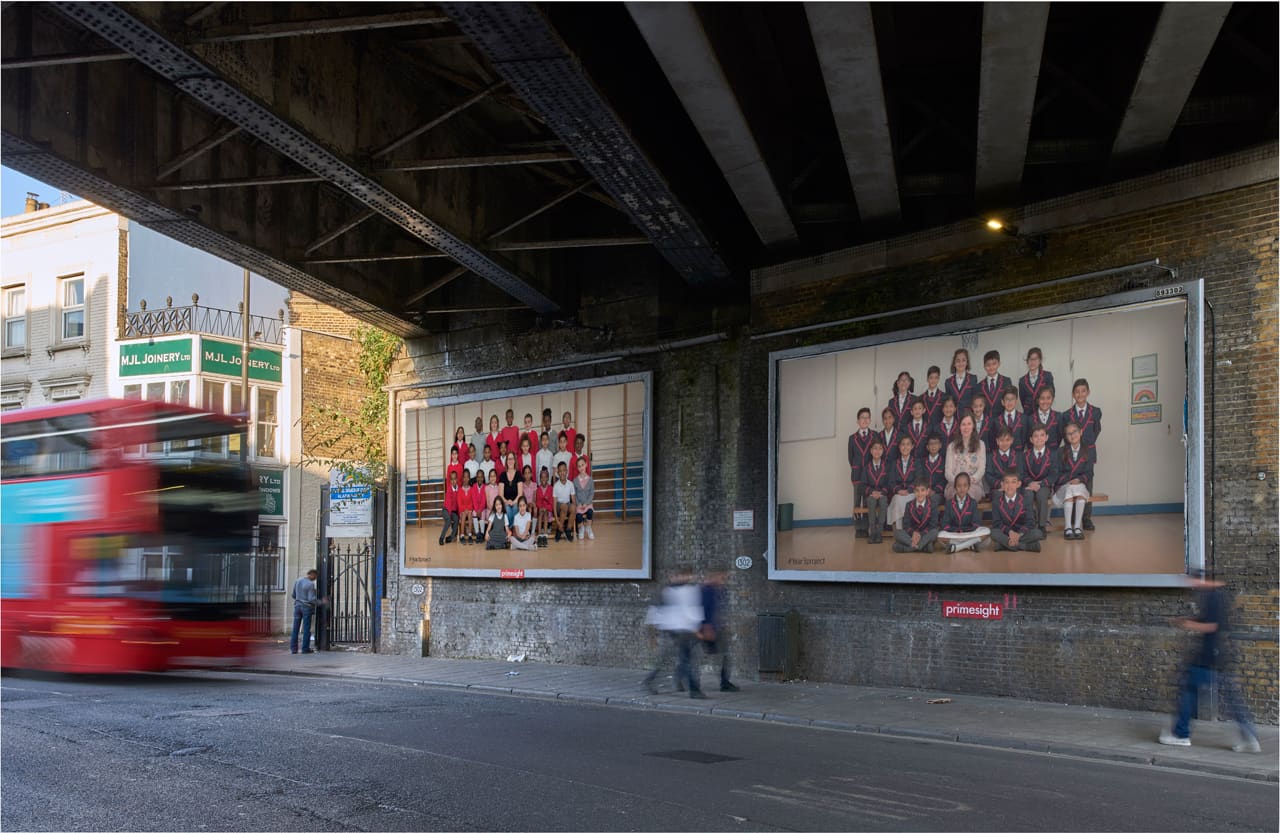 It is an extraordinary moment, like holding up a self-portrait of London and in the words of McQueen, giving millions of Londoners the chance to reflect on their “past, the present and future not only of themselves but their city.” At the age of 7, children first begin to understand that they are part of a wider world, seeing for the first time beyond their family unit to become conscious of “race, class and gender”. According to the last census in 2011 London is now a city with roughly the same number of non-white people as white British people, a scenario that has provoked sentiments such as the one expressed by John Cleese, the British comedian, who claims that London is “no longer an English city.” A comment that’s been described as a “wilful and tiresome confusion of race and place” by the journalist Gary Younge.

This work however, is not being presented as some kind of repost to Brexit although of course it is – not so much bubbling under the surface but a screaming, all-enveloping torrent (would this work have been made otherwise?) So far in the publicity and press conferences the artist and chief curator are at plans to emphasise that it’s a “celebration of children” and even on the urgency to reflect “on who we are”; but so far it all comes across as a little wishy washy, as though in some ways you feel McQueen doesn’t quite know himself what to make of it.

This is exactly what makes it so valuable. The sheer monumental scale of this work gives it a life of its own in the same way that Jeremy Deller’s re-enactment of a traumatic day during the miner’s strike in the Battle of Osgreave (also Artangel funded), added substance to the churning complexity surrounding the disintegration of English working-class societies. It’s hard to predict how Year 3 will resonate around London and with the tens of thousands of schoolchildren who will be invited to the Tate to view their image and who will see their own picture everyday on huge billboards.

McQueen moved to Amsterdam after graduating and now lives there with his wife and two children. It is a place where he says he is “never bothered” and where the experience of school for his children was “just so beautiful… so different.” Private schools don’t exist in Amsterdam and the city’s easy equality is in stark contrast to London’s school mania, where families go to extraordinary lengths and spend hundreds of thousands pounds to locate themselves in “right” catchment areas. 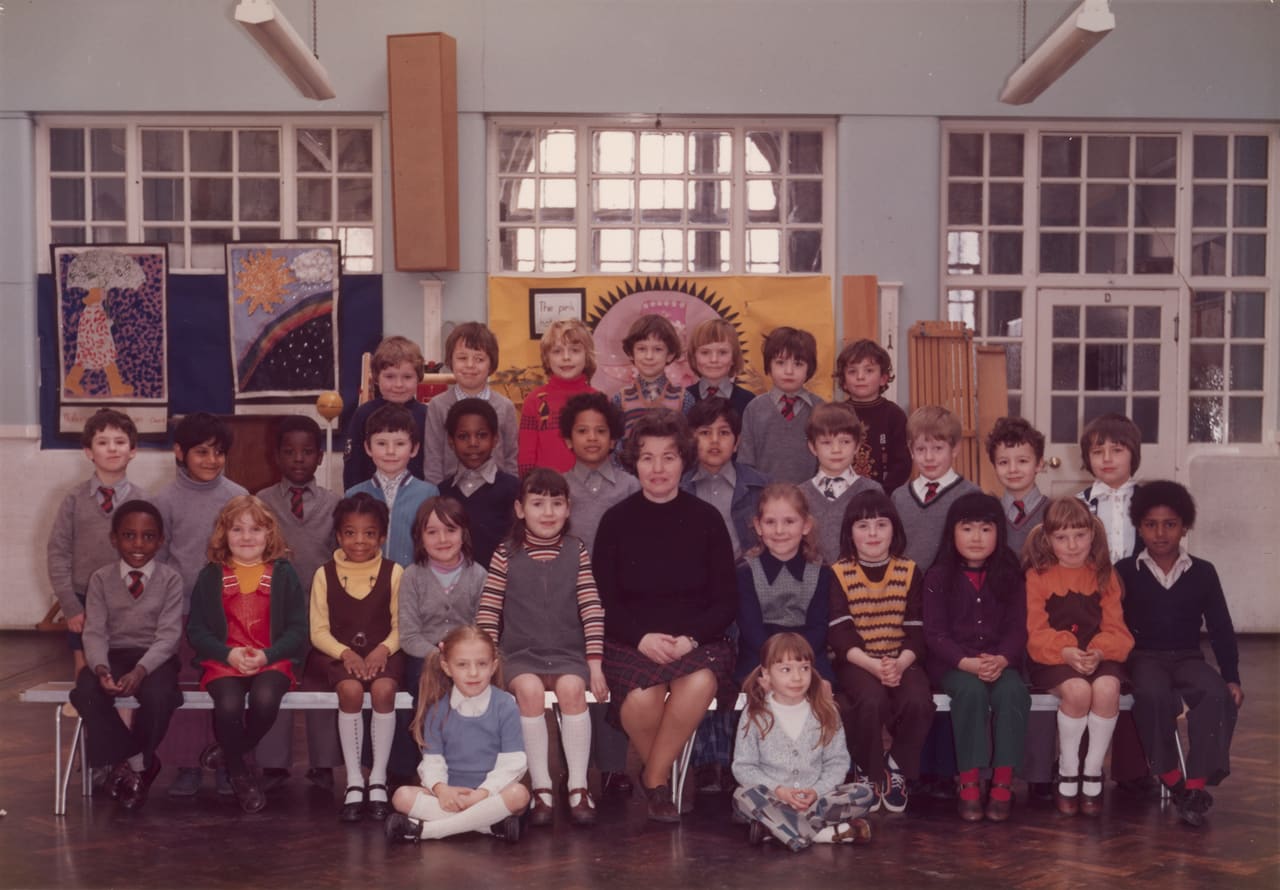 Wherever he lives London will always be his spiritual home, I “can mumble here” he says, everyone understands him. He thinks back to his own childhood and recalls the importance of his trips to the city when he was at school, “You get your packed lunches, you sit around with an excitement, you enter the space. Then you just try to sort of grapple with it all, and it opens and expands people’s minds and their possibilities.” In much the same way that Year 3 will be doing for a new generation of expectant young children.