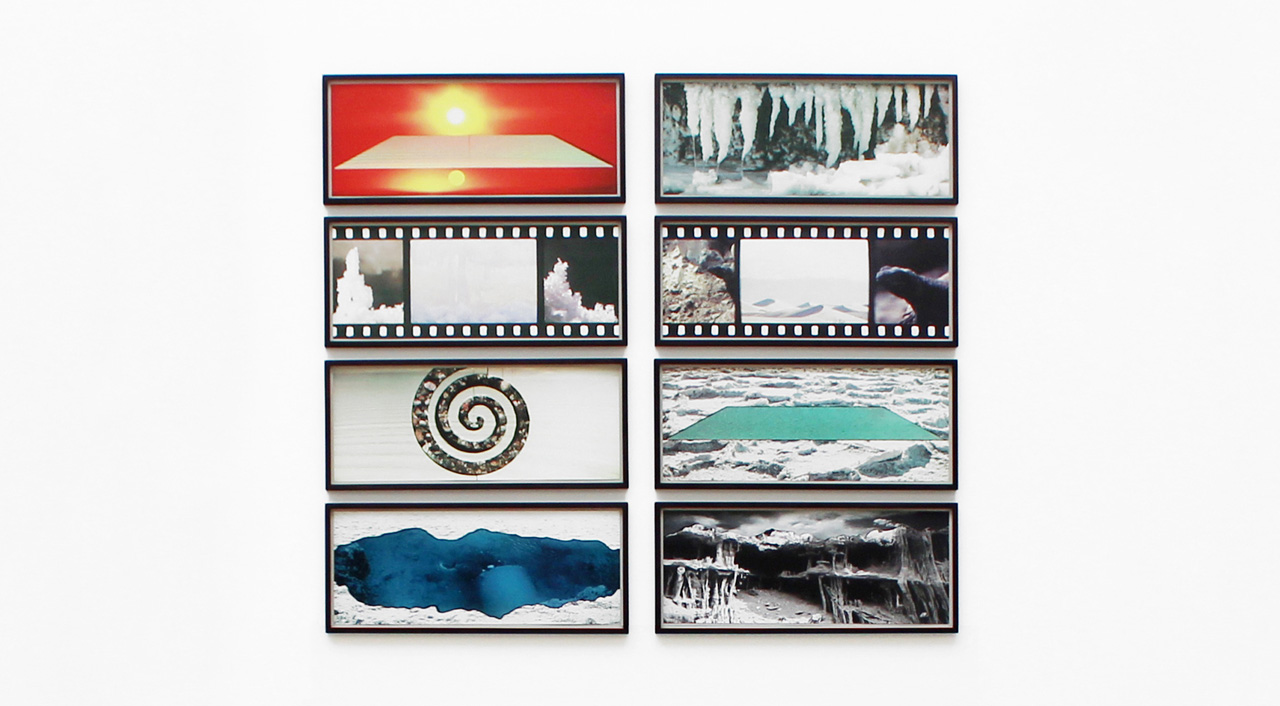 Tacita Dean’s epic search for Robert Smithson’s ethereal land art, Spiral Jetty located in Utah, ended in failure. Whether the water table was too high or she was looking in the wrong place, she never found out. Despite this her journey would have immense influence on her subsequent film work and through her appreciation of Smithson she got to know J.G. Ballard, the eccentric English science fiction writer.

Ballard first wrote to Dean after coming across her sound piece made sometime after her doomed visit to Smithson’s earthwork, sending a short text he had written on Smithson. Their subsequent correspondences and her discovery that Smithson had been a fan of Ballard’s short story The Voices of Time, 1960 and had likely read it before creating his iconic spiral sparked her interest. In Ballard’s novella the protagonist makes a comparable earthwork in the desert to Smithson’s Jetty, and such resonances were fascinating to Tacita Dean, whose film JG, 2009 is named after the author and is now currently on show show at the Le Musée d’Art moderne de la Ville de Paris.

“You're not alone, Powers, don't think you are. These are the voices of time, and they're all saying goodbye to you... every particle in your body, every grain of sand, every galaxy carries the same signature ... you know what the time is now, so what does the rest matter?” Extract from JG. Ballard’s The Voice of Time, 1960

Tacita Dean’s film JG, is a remarkable exploration into the desert landscapes around Utah and its Salt Lakes. Using her characteristic analogue film, scenes are collaged, creating surreal compositions that without the sudden inclusion of an excavator moving rubble you would think emanated from another planet. Throughout the film Dean manages to reference Smithson’s famous sculpture by superimposing the shape onto a background shot of water or through the curled form of an armadillo. The recurring mantra of “Sun, salt, spiral” flows in and out of the narrative, as the film seems to unearth the primitive and organic spiral—a shape rooted in anti-diluvian ammonite fossils.

Both Tacita Dean’s Film JG and Robert Smithson’s Spiral Jetty have an analogue feel, not only because they were created and produced at a time where analogue was the only means of filming and transmitting sounds, but also because their helical forms (the helical also refers to the analogue method of filming) reference the time period itself. Both Smithson’s sculpture and the mandala in the desert described by Ballard in his short story, become a kind of temporal imagery. So that by coming together in Dean’s work, the film becomes a metaphor for the merging of time.

Now based in Berlin, the Turner Prize nominee, Dean, is well known for her unconventional cinematic storytelling, and her unhurried filmic takes. Often employing the use of real-time shots and successions of still-frames, Dean places the viewer in a state of anticipation. Central to her oeuvre is her use of 16 and 35 mm film, a dependency not without its problems such as in 2011 when her lab in Soho, London informed her they would no longer be printing 16mm film to immediate effect. Dean is now instrumental in preserving analogue film, a medium she believes is capable of capturing the physical movement of time passing, in a way that digital footage never can.

Craneway Event, 2010, 6 photogravures
Rehearsals of legendary choreographer Merce Cunningham, the long-term collaborator of Robert Rauschenberg, are captured by Dean in what was to be his last dance before he died. In her striking series of photogravures, Dean captures the atmosphere of the light-flooded rehearsal space, and the fleeting effects of shadow and light in the former Ford Assembly plant overlooking San Francisco Bay. Surprisingly Dean chooses not to focus on the dancing itself but on the overall scene, the interplay of the bodies and the birds flying in and out of the scene. Viewed through enormous floor to ceiling windows, their grid-like pattern acts as a structuring force. 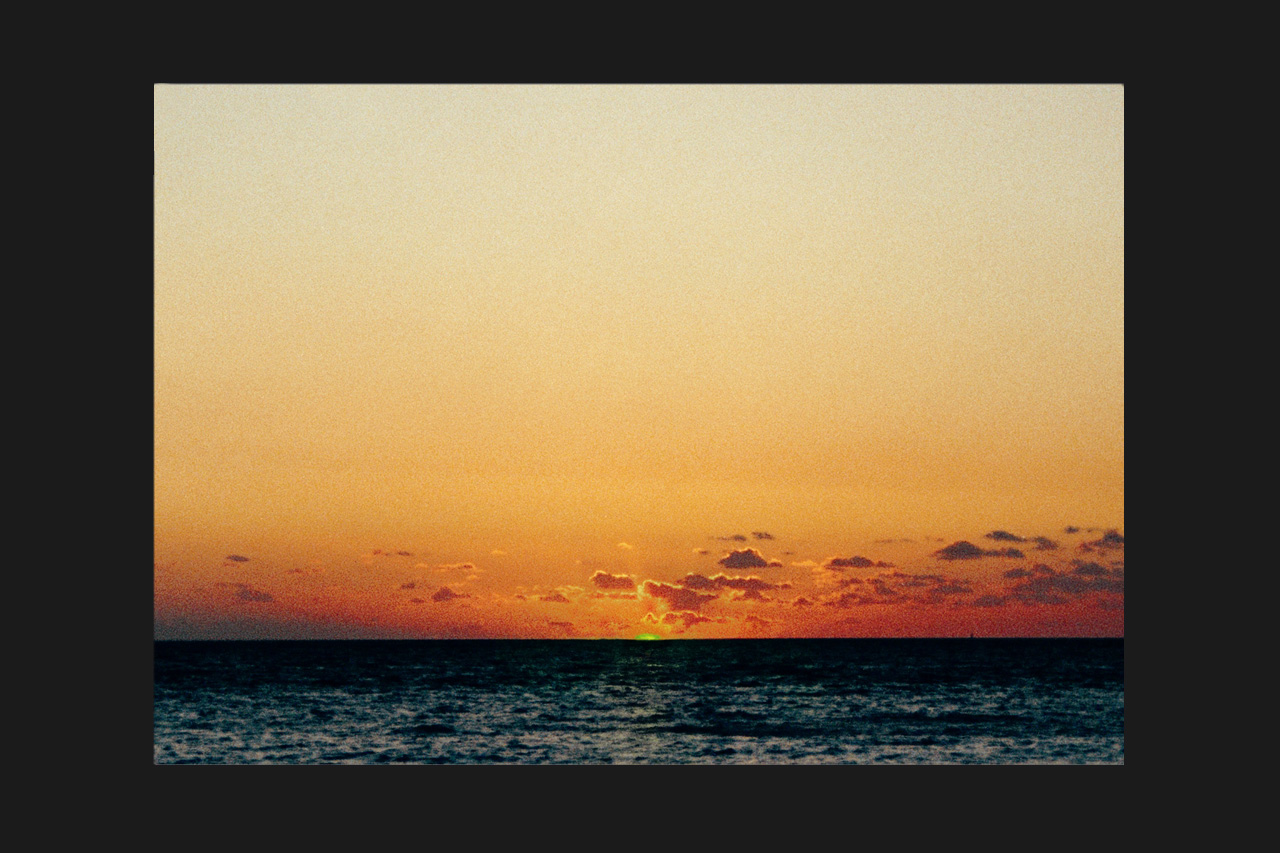 The Green Ray
Tacita Dean has sent a postcard from Madagascar imprinted with a legendary natural phenomenon when the last ray of sun passes over the horizon and turns green. Typical of her poetic meditations on the passing of time and fading light, this phenomenon could only be captured with analogue recording—it being too “allusive for the digital world.” 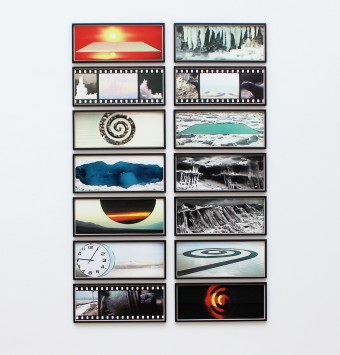