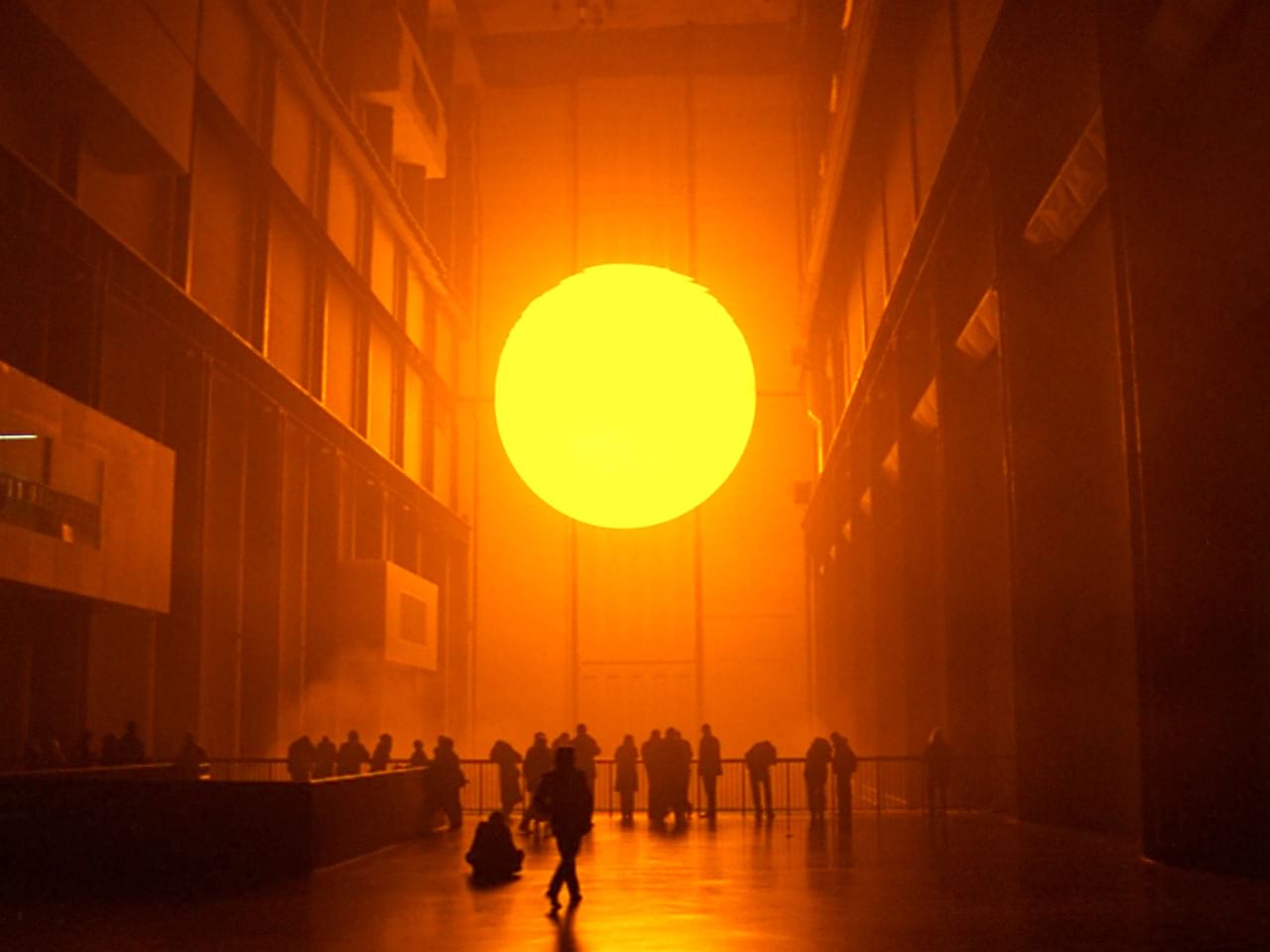 Slides, Satyrs and the Sun: The Most Memorable Turbine Hall Exhibitions

Since it opened in the hall of a former power station in 2000, the Hyundai Commission in the Tate Modern’s Turbine Hall has hosted some of the gallery’s most innovative and acclaimed shows. The vast industrial space demands big art and big imagination and a host of most of the world’s most celebrated contemporary artists have risen to the challenge.

It was announced this week that multidisciplinary artist Kara Walker will be the 2019 Hyundai Commission. Through a mixed media lens of drawing, installation, print and shadow puppets, she addresses a multitude of social issues such as race, gender, sexuality and violence. Best known for her black cut-paper silhouettes which often reference the history of slavery, Walker’s selection represents the Tate’s commitment to social and political progression. Frances Morris, Director of Tate Modern said, “seeing her respond to the industrial scale of the Turbine Hall – and the wider context of London and British history – is a hugely exciting proposition.”

Walker’s commission follows Cuban artist and activist Tania Bruguera, whose work made viewers cry as an urging for the need of community-driven response to the global refugee crisis. Here are some other memorable installations the space has seen. 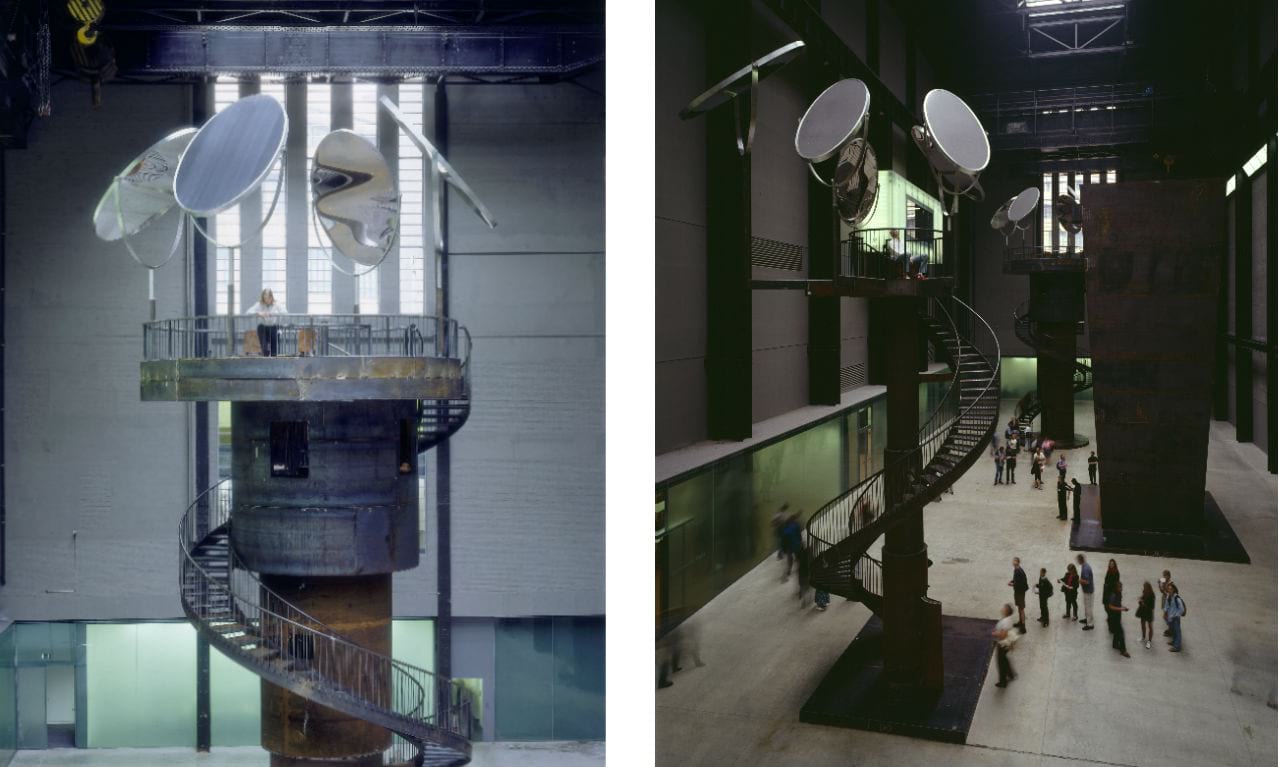 To mark the opening of the new Tate Modern, avant-garde master Louise Bourgeois filled the Turbine Hall with her own dream images translated to a colossal scale. Commanding the cavernous space were spiral staircases and twisting towers, each with platforms surrounded by mirrors, offering visitors quiet moments of contemplation and intimate encounters.

The three towers titled I Do, I Undo and I Redo, were each a reflection of her own conscious and, like much of her work, contained details of her own childhood. Through an encouragement of interaction, Bourgeois in her own distinctly unique way, managed to make the massive hall feel personal.

Commanding the space of Olafur Eliasson’s Turbine Hall commission was a massive indoor sun—a huge yellow-orange disc that evoked notions of wonder and the sublime. In this work, the Danish-Icelandic artist reflected on the way that the weather has long been the focus of everyday conversation, particularly in Britain.

A fine mist also permeated the hall, created by haze machines and aided by monofrequency lights and mirror foil. It appeared as if the outside was creeping into the Tate, as it filled with London smog, and viewers were reminded of the infinities of the universe as they confronted Eliasson’s awe-inspiring artificial recreation of nature.

Eliasson’s work will return to the Tate Modern this summer, when a major retrospective of some of his works will go on display, many of which have never been seen in the UK before. 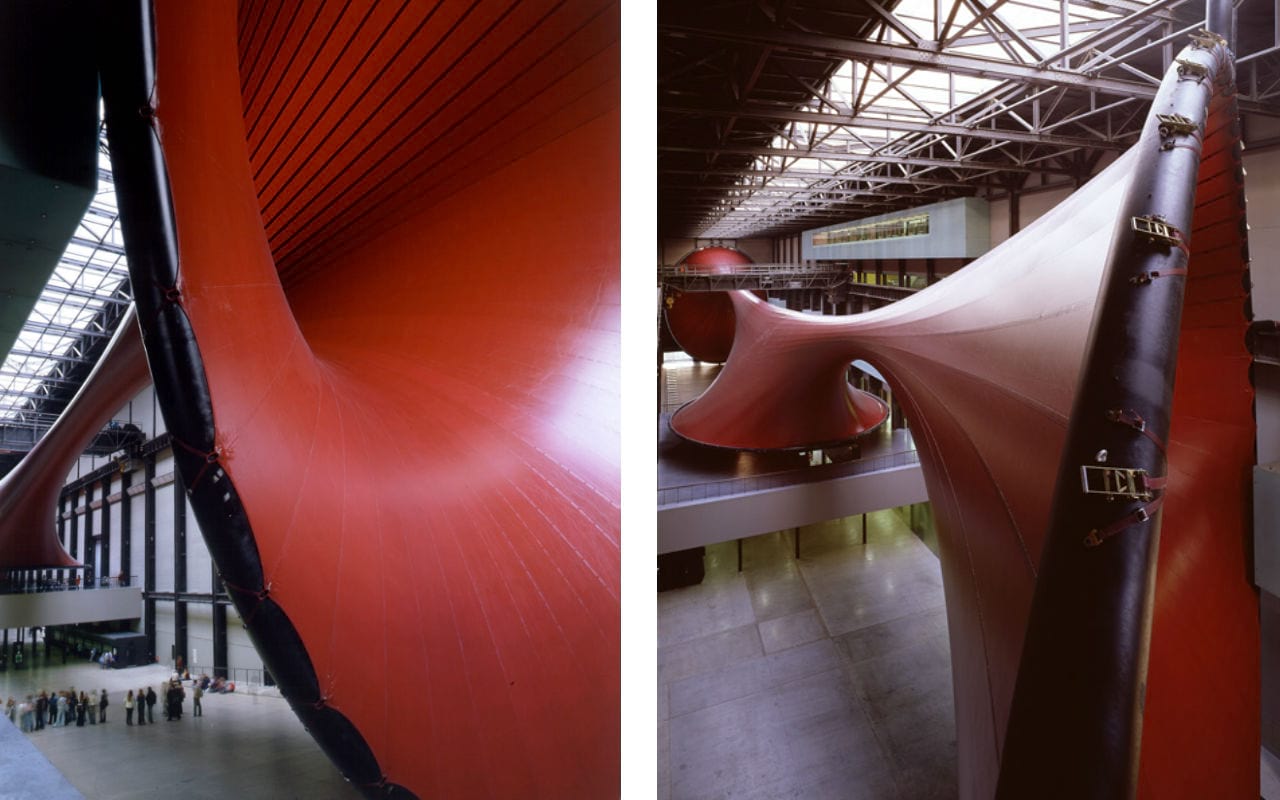 Marsyas is a satyr from Greek mythology who challenges the god Apollo to a music contest. When Marysas wins with a triumphant play on his pipes, he is treated to a gruesome reward as Apollo flays off his skin.

For his Turbine Hall commission, Anish Kapoor reinvents this ancient story, making an almost impossibly long horn-like object that merged the body of the satyr with his musical instrument. At either end of the shape was a vast and cavernous opening—reflecting on Kapoor’s fascination with the idea of the void. 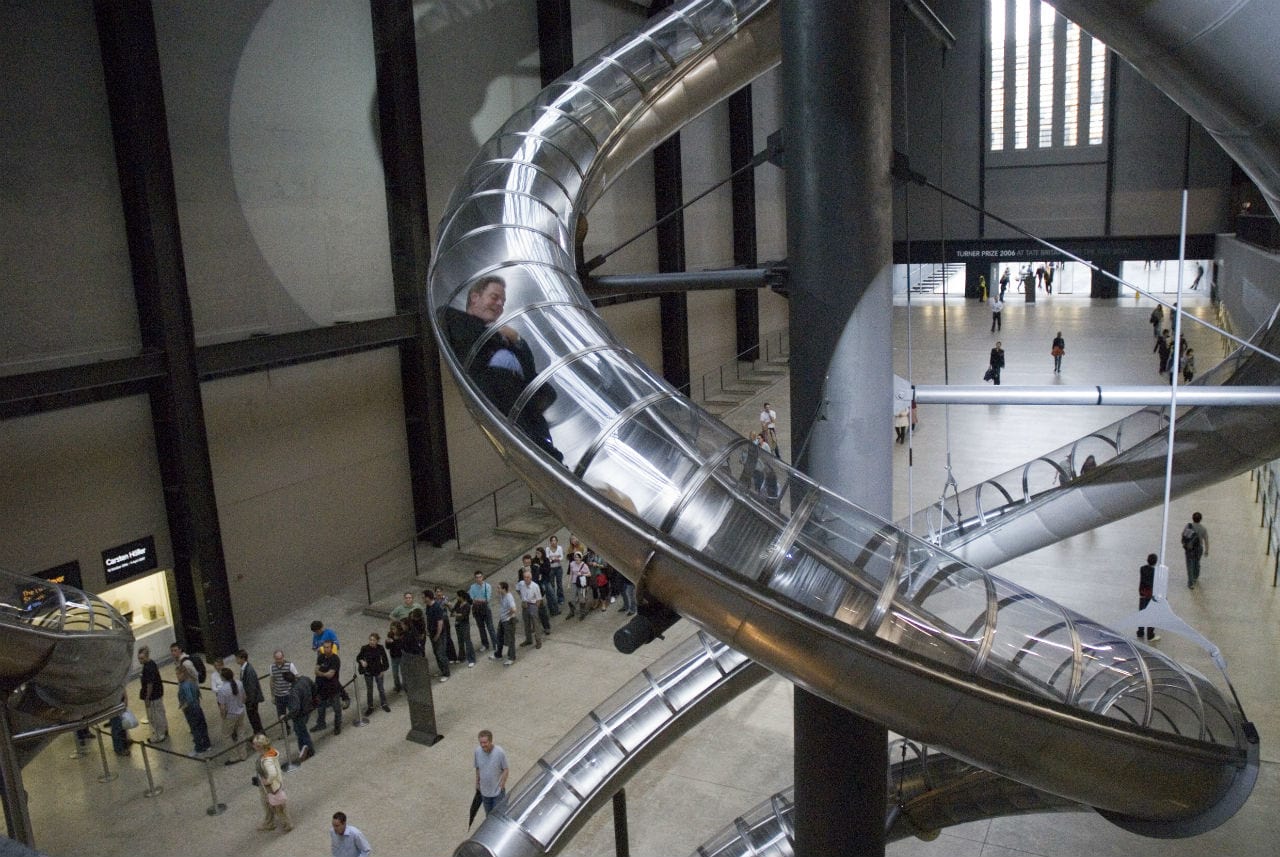 Perhaps the most entertaining show the Turbine Hall ever commissioned was Belgian artist Carsten Höller’s. Five spiralling tubular slides were erected that whizzed visitors from the upper floors of the museum to the lower floors of the grand hall. Drawing in huge crowds, Höller constructed a theme park in the Tate, encouraging adults and children alike to embrace the fun.

Test Site, was a prime example of participatory art, and demanded a rethinking of what art and exhibition shows could be. Uninterested in the sculptural presence of his work, Höller was only concerned with the pleasure and fear of his participant’s experience. This work simulated feelings and elements of real life that are typically excluded from the gallery space. It also encouraged a wave of artists to incorporate interaction into their shows. 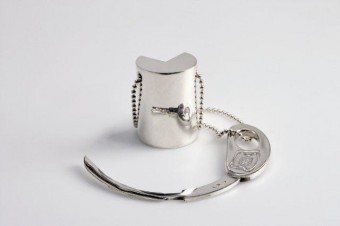 Carsten Höller
Key to the Laboratory of Doubt, 2006