On the left, Vincent van Gogh's The Parsonage Garden at Nuenen in Spring, 1884 stolen last week and on the right, Self-Portrait, Spring 1887.
News — 1 year ago

Just a few years before Vincent van Gogh journeyed from Paris to Arles and exploded into genius, he sat in his father’s garden and painted The Parsonage Garden at Nuenen in Spring in 1884.

With its muted greens and browns the painting has none of the luminous colours or the fiery brushstrokes of his great work. Nor does it hint towards the revolution he is about to set off in a giddy rush of creativity that saw him invent an entirely new form of art, expressionism. But the simple fact that this sombre and peaceful painting, with its garden wall and distant church was an early van Gogh, was enough to pique the interest of a criminal gang.

Early the previous Sunday morning at around 3.15 am, thieves smashed through the glass door of the small Launen museum in the Netherlands and stole it. Despite triggering the alarm system, the thieves had completely disappeared by the time the Police had arrived. Decisive and professional the thieves knew exactly what they were doing and nothing else in the museum was missing or even disturbed. “I am extremely pissed off that this happened”, the museum director Jan Rudolph de Lorm said in a press conference after the theft was made public.

The eternal question with these major art crimes is why? There is very little chance that the criminals will be able to sell the work so attuned are galleries, museums and dealers to any stolen artworks that might be offered to them. With an estimated value of around $6 million, van Gogh’s painting will no doubt turn up again in about 10 years’ time, rolled up in a lockup or found in the corner of a dusty garage. For once the exhilarating rush of the heist has worn off, the criminals will come to realise that other than unwrapping it occasionally, there’s very little that they’ll be able to do with it.

In recent weeks, a pattern of high-profile art robberies is beginning to emerge and investigators suspect that burglars are taking advantage of the relaxed gallery security caused by the Corona virus lockdown. The worry, according to Christopher Marinello from Art Recovery International, is that in their haste to get their collections digitally accessible to the public during lockdown, museums are forgetting to the “lock the door.”

Just a week before, the picture gallery of Christ College in Oxford was burgled and three works by Anthony van Dyck, a Carracci and a Rosa with a value potentially running into the tens of millions, were taken away. What intrigues in this case is the specificity of the choice: why these three when there are 200 other paintings in the collection? Could they have been stolen to order? The loss of these Old Master paintings is particularly galling as the College was already on high alert having discovered days before, that cases of burgundy and Pouilly-Fuissé worth between £1,000 and £2,000 have been mysteriously disappearing from their fine wine collection. 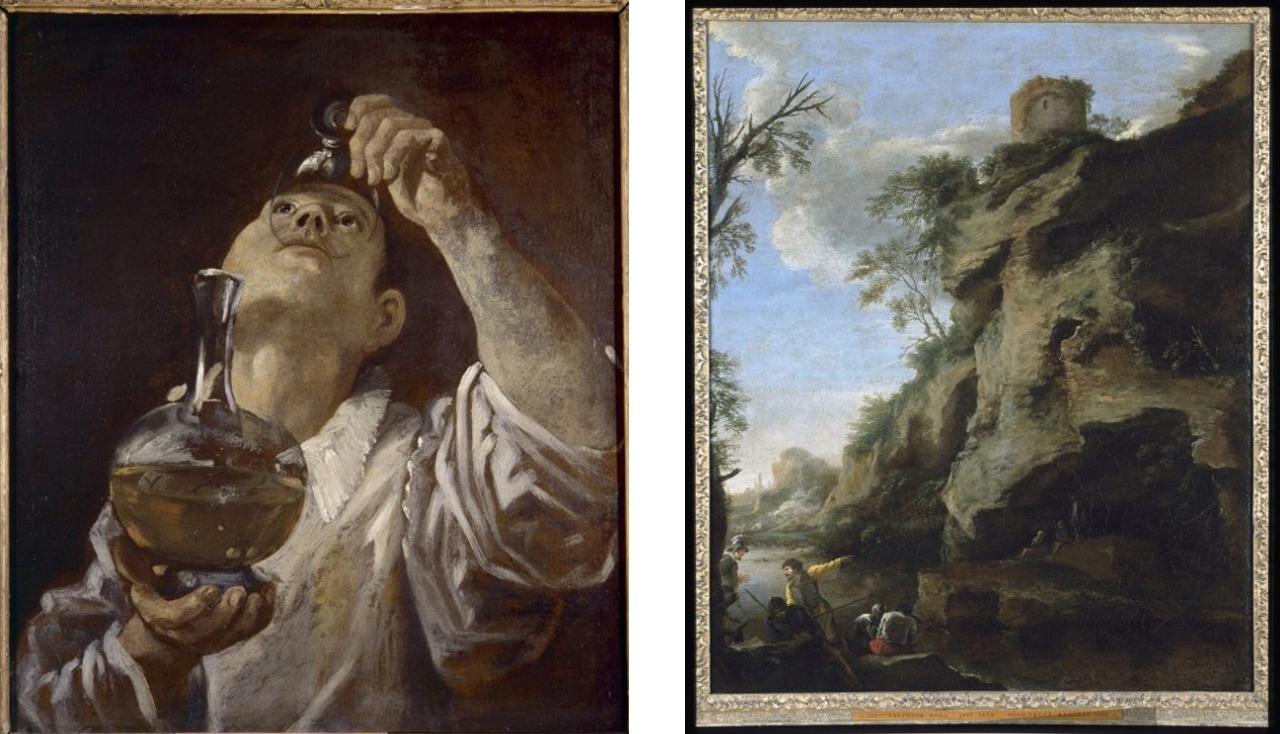 More than anything, these recent cases highlight longstanding issues regarding the exhibition of such high value cultural artefacts in small European museums without adequate security measures. This is especially true when you have characters like Octave Durham roaming Europe’s wealthy heartlands. In 2002, he and an accomplice climbed on to the roof of an Amsterdam museum before smashing a window with a sledgehammer and making off with two small van Gogh canvasses. “Some people are born teachers,” he says rather proudly in a post-prison documentary, “Some people are born footballers. I’m a born burglar.” The entire raid lasted just “about three minutes 40 seconds”. Fortunately, the two missing artworks, including another van Gogh Nuenen canvas that the artist had given to his mother, were discovered in Naples in 2016 (Camorra? Surely not…).

Durham would later admit that he targeted the "Amsterdam museum simple because” he could. The criminals behind the theft of The Parsonage Garden at Nuenen in Spring were no doubt inspired by the same reasons and not, as some media channels have excitedly reported, because the day of the burglary happened to coincide with what would have been van Gogh’s 167th birthday. When the New York Times put this to the director of the Groninger Museum, Andreas Blühm, who had approved the loan of the work, he dismissed it as a random coincidence, before adding: “Every piece of art that is stolen from a public museum is art that is stolen from society.”