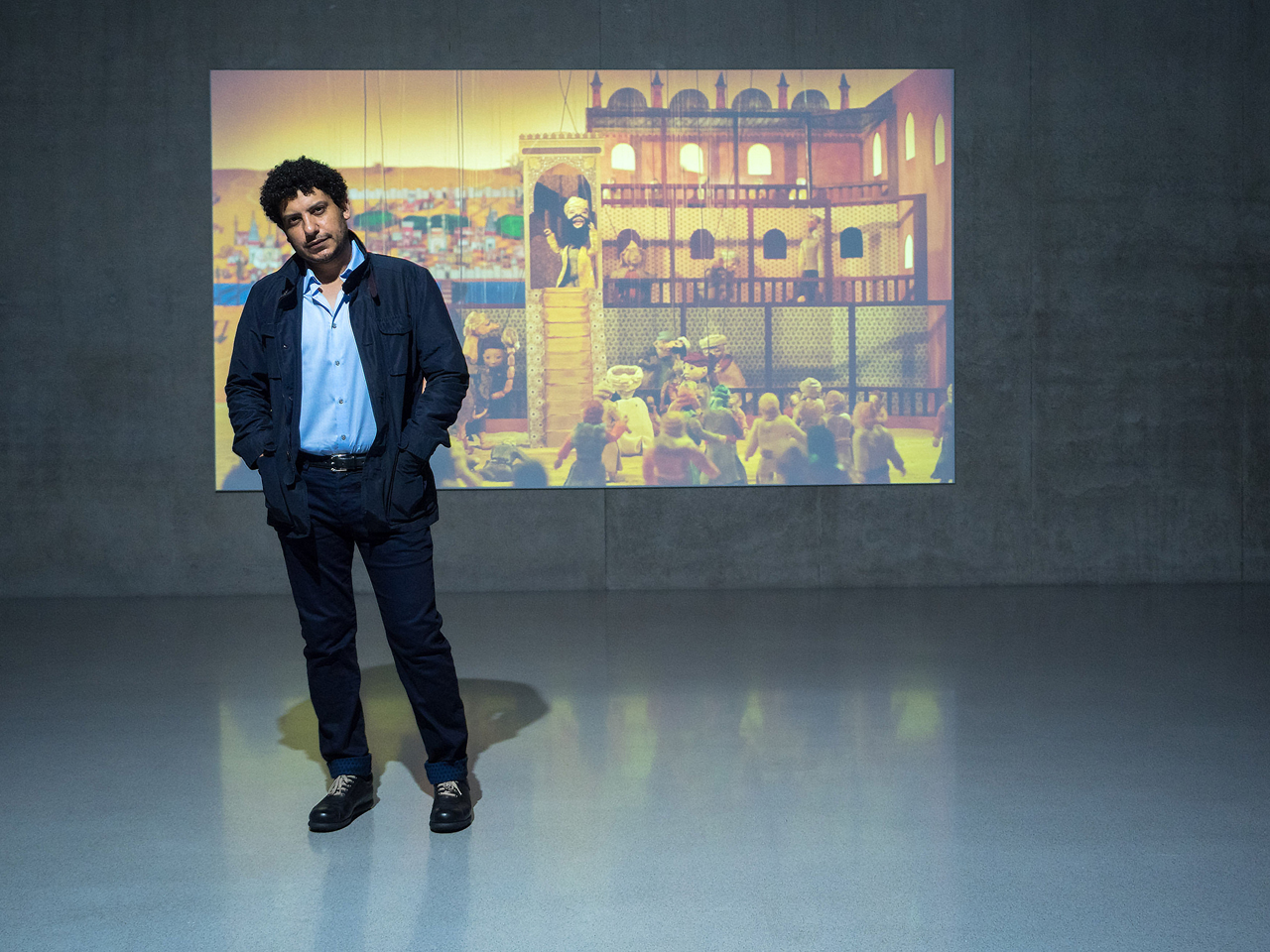 Wael Shawky’s Limited Editions are wholly distinctive unnerving and oddly beautiful, exploring issues of displacement and the loss of ones’ homeland.

In 1095 Pope Urban II called on Christians to conquer the Holy Land, setting off a chain of events which would cause untold misery to millions, and reverberate through the centuries to influence the situation in the Middle East today. Wael Shawky’s latest exhibition at the Kunsthaus Begrenz tells the story of the Crusades using puppet theater, showing two of the three films taken from his series, Cabaret Crusades. To coincide with the touring exhibition the Egyptian artist, born in Alexandria in 1971, has released a series of limited editions to accompany the exhibition.

When producing these films Shawky was initially drawn to the relationship between “authority and people, the church and mosque” which ultimately comes down to the idea of human manipulation. This is beautifully illustrated by his use of marionettes, moved by string operated by humans out-of-sight. The videos reveal the merciless expansion of the Crusaders into Muslim lands, the terror they subjected the occupied population to as well as the destructive intrigues which rendered resistance by the Muslims impossible. It would take over a hundred years for the Muslims to unify and hone their military might to finally defeat the Christians.

Ultimately the Crusades would end in failure and Saladin returned Jerusalem—the jewel in the crown for the Crusaders—back to the Muslims. Shawky has remarked that “Saladin is still considered an Arab hero.” He goes on to say that Saladin’s story is a “topic in any Muslim nationalist discussion. It is the same language Pope Urban II used in 1095. He said, ‘if you go to Jerusalem, you will have more food and a better life and if you die, you will go to heaven.’ You can still hear these words today.” Although, as the trilogy makes perfectly clear, none of the main figures of the Crusades, Richard the Lionheart, Saladin, or the Muslim leaders could be described as being heroic.

One of the sources for Shawky’s films is the work The Crusades Through Arab Eyes, 1984 by French-Lebanese writer Amin Maalouf. Telling the story of the crusades from an Arab perspective, it describes the main facts as bellicose, inverting the Western world’s view of the Crusades by displaying the Western Christians as “barbarians” and lacking in social ethics. Shawky’s decision to base his films on this work allows him to reread Medieval history from the position of the other, and reject the notion of there being an overriding single perspective by embracing a multiplicity of viewpoints. 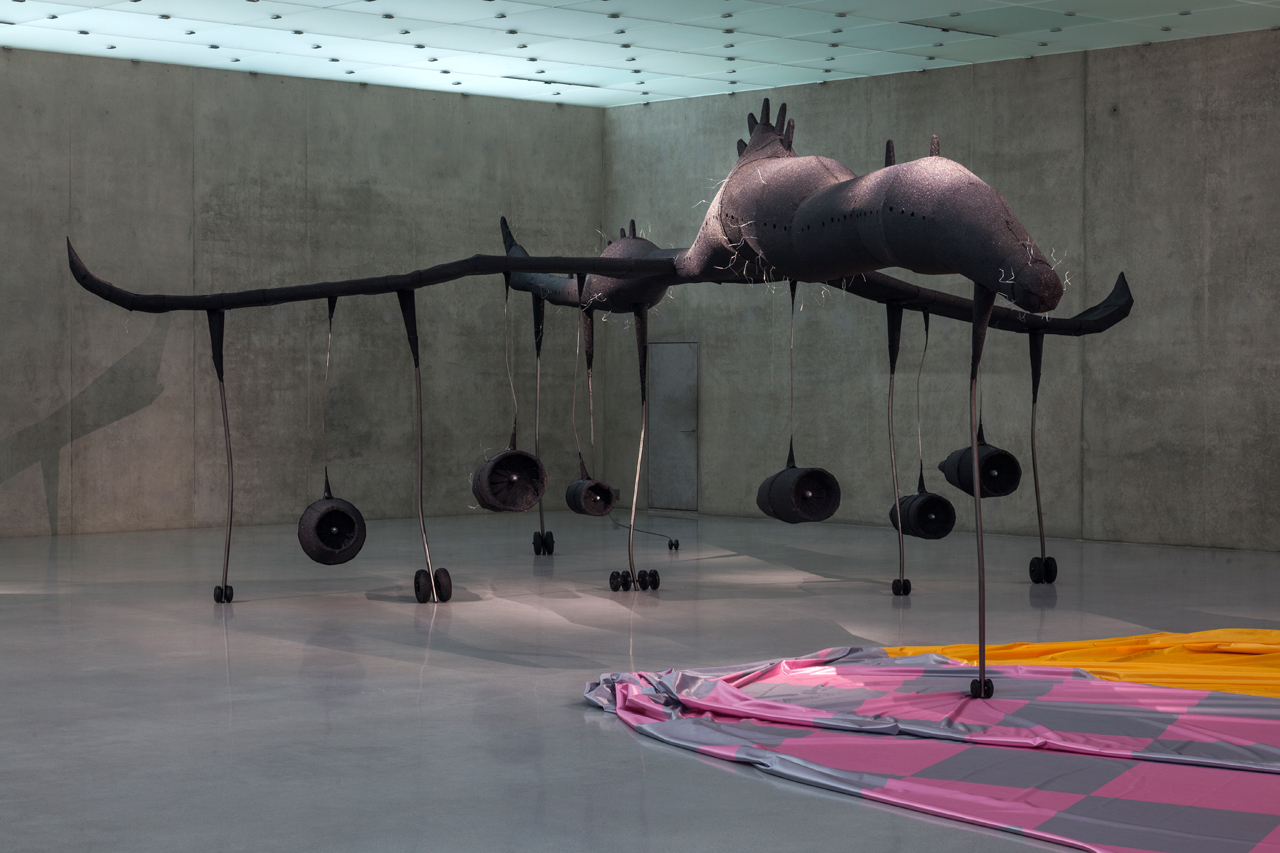 The very idea of the foreign and the other have become a matter of ferocious debate in recent times, and are familiar themes in the work of Shawky. For him the history of the crusades has nothing that can actually be considered factual. He was fascinated by the five different versions that exist of the speech made by Pope Urban II calling on the Christians to crusade. Each of the five versions reflect much more clearly what later authors thought Urban II should have said than what he actually did say.

Each of the two videos playing at the Kunsthaus Bregenz plunge the viewer into the feeling and aura of the medieval chronicles. He has gone out of his way to make his puppets look sumptuously attired in oriental clothing, their effect further enhanced with their ornate heads fabricated from Murano glass. Their strange forms and facial expressions introduce an element of the surreal and the incongruous into the story, adding yet further layers of meaning to the artwork. The videos are all filmed with a backdrop of earthen architecture that revolves on a stage, bestowing a cinematic movement that also symbolizes the world as a flat disk. His videos are accompanied by songs of Arabian pearl fishers and Egyptian electronic music.

When Shawky first undertook the project in 2010, the rise of ISIS and the increasingly brutal spate of attacks on European cities had not fully begun. According to Shawky “we can see that there is a lot of similarities for events that happened a 1000 years ago” in the present day. But his series Cabaret Crusades was not intentionally meant to coincide or comment on this, although, he believes it “is part of the seduction.” Also in the exhibition an historical map of the Orient has been displayed on four glass panels and a collection of other sculptures including a large flying object (pictured above), that is both a metaphor for the 9/11 attacks and Hajj pilgrimage to Mecca. 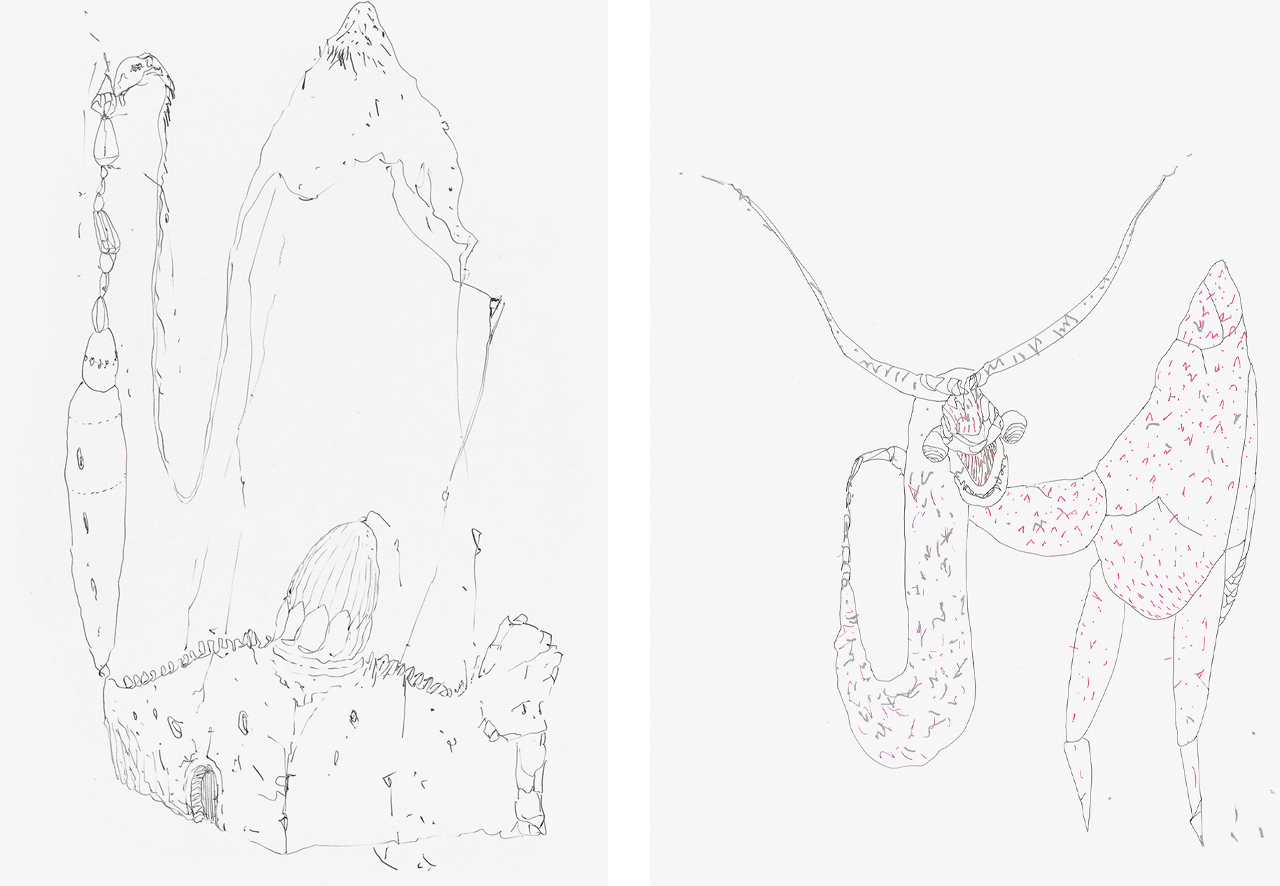 Wael Shawky at the Kunsthaus Bregenz runs through to the 23rd of October 2016. 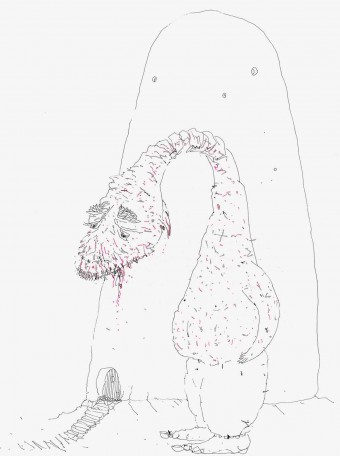 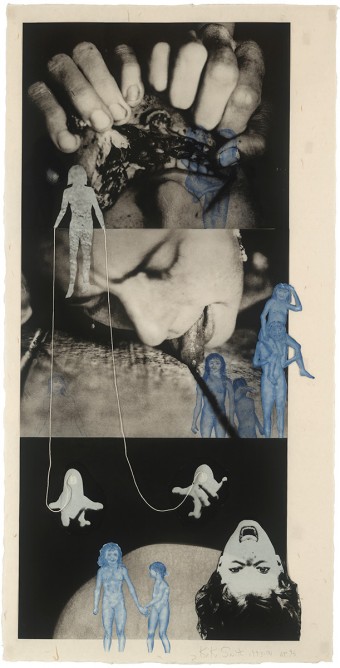 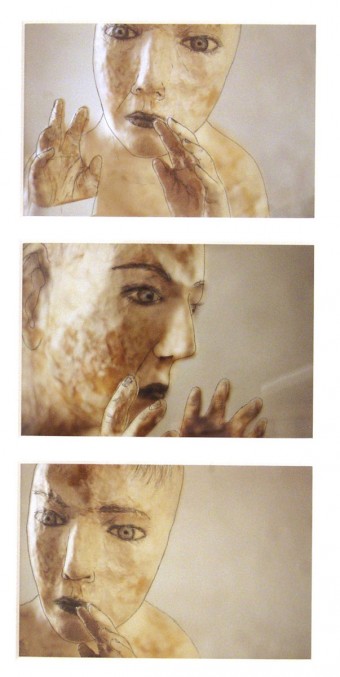