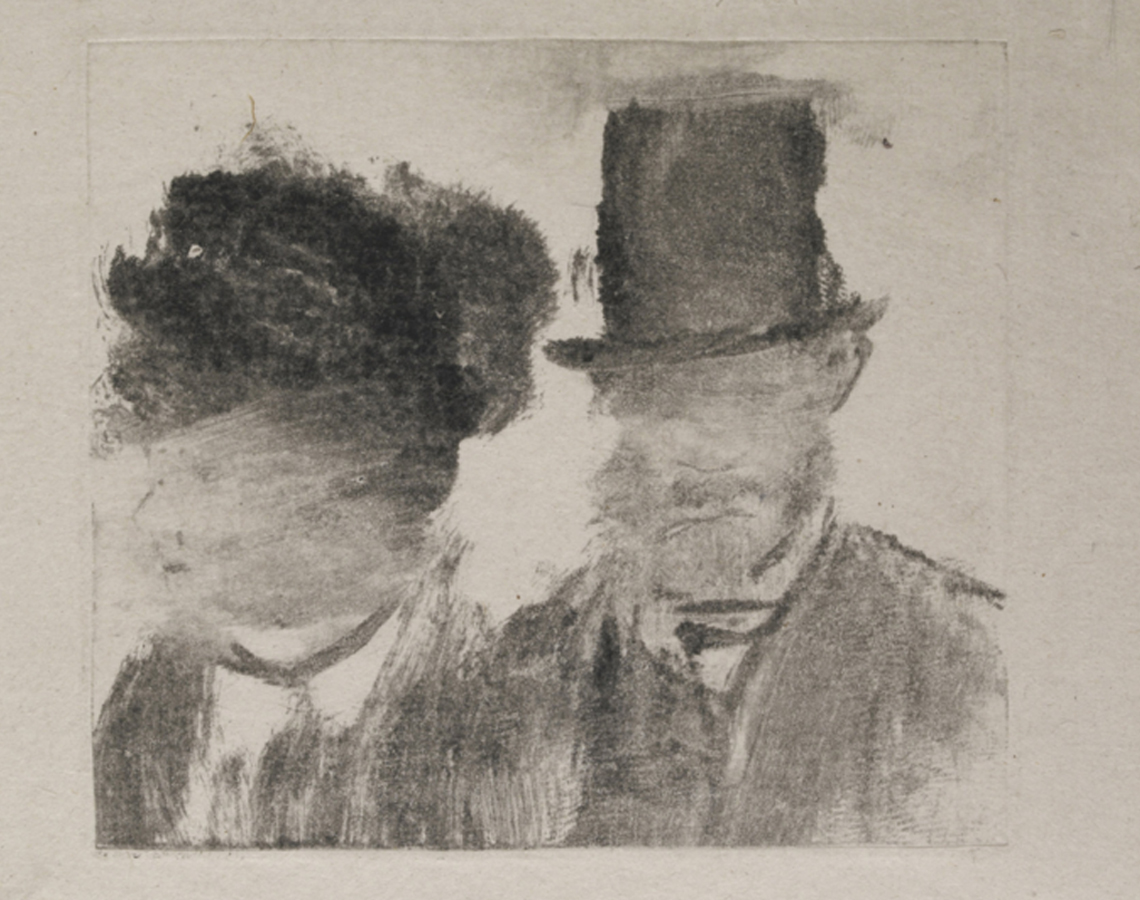 What Is A Monotype?—Edgar Degas at MoMA

MoMA’s latest show Degas: A Strange New Beauty brings together a thrilling array of the great French artist’s monotype works. A medium often confused and misunderstood, monotypes are one of a kind prints, and like all our prints are originals, not reproductions. But just to make things more complicated monotypes are also unique works.

Degas was a relentless experimenter and when, in the mid-1870s, he came across the monotype process, he was captivated, finally discovering a format that was as versatile as his own imagination. Taking the medium to new and radical ends, Degas abandoned the academic drawing of his youth, inventing a new method of working that included, scratching, scraping, fingerprinting, and rendering via removal. Dazzling passages emerge from the deep blackness, and a real sense of tactility are revealed in his monotype works.

Monotype printing has always held a particular fascination for artists, fuelling ideas about repetition and transformation. The process involves drawing in ink or on a metal plate which is then run through a press—typically just once—to produce a monotype print. Monotypes are notoriously difficult to define but offer insights into the 21st Century's relationship with uniqueness—an era where images are reproduced effortlessly and distributed widely. We take a look at some of our well known artist monotypes and explore this ever-evolving medium. 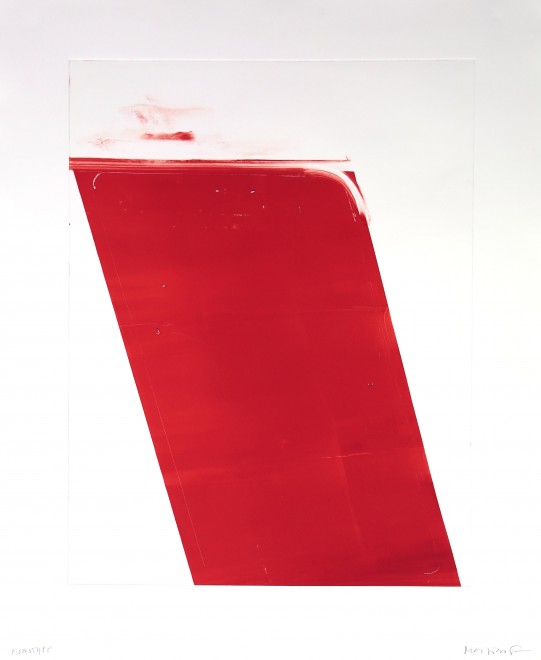 The color of Faldbakken's Hilux Variations are so vivid and sharp-edged as to cut like a knife. Yet living in that color are the intriguing imperfections of an artist working right up to the moment before printing actually takes place. Those marks of spontaneity are what typifies the monotype printing method, and are ideally suited to the spontaneous manner in which the Danish artist Faldbakken works. These one-off works capture the provocative artist's concerns with proposition and cancellation, aggression and retreat, and pose unanswerable questions to the viewer. 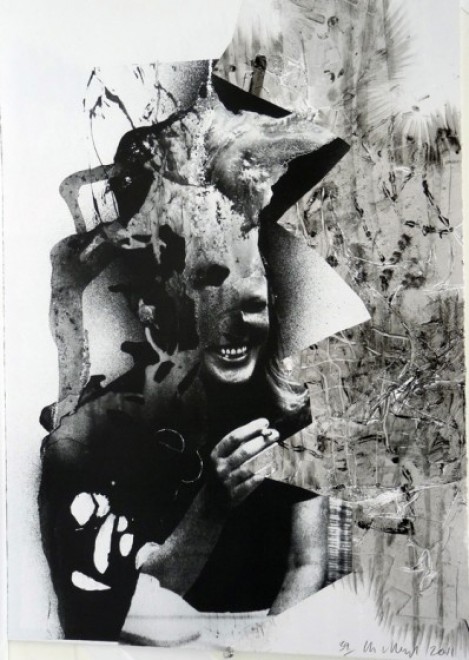 Faces and still lifes weave textures of motif and form in Christine von Heyl's monotype collages. Her work possesses an urgency that can be hard to pin down and an intensity that has been said to explore the deeper reaches of the psyche. Monotypes have been described as a hybrid between drawing and printing, a hybridity that is reflected in the artist’s characteristic use of her own hybrid vocabularies via "abstraction, gesture and the iconic". By not requiring each work to justify its own existence, the artist is given the freedom to experiment, something that comes through in the often wild disconcerting collages. Although in an edition of 40, these works can all greatly differ in form, tone, layout, and character and are considered wholly unique. 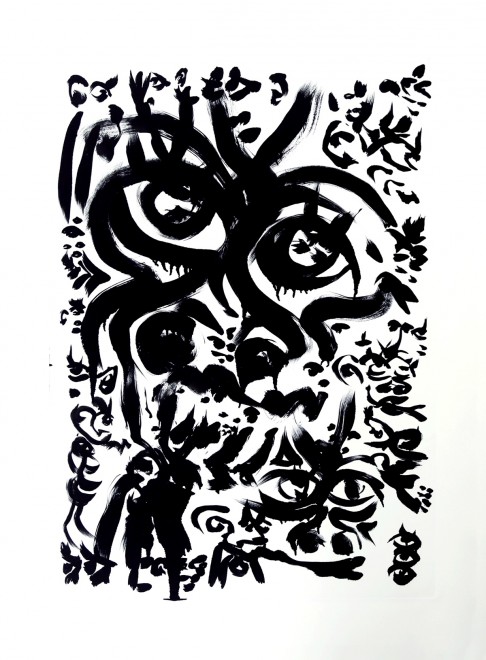 Tremendous and lucid, Cabelo's monotypes capture the artist's bold lines to express gesturally and poetically issues both abstract and metaphysical in nature. Whereas Charline von Heyl pushes the boundaries of what may constitute a monotype by making alterations to the work, Cabelo's series are unequivacably one off pieces. In an edition of just one, these works exist soley as unique works. Due to the one-off printing process the print has a significant chance aspect, a randomness which can bestow unpredictable and surprising elements to the monotype.

Edgar Degas: A Strange New Beauty runs at the Museum of Modern Art in New York from March 26th to July 24th 2016. 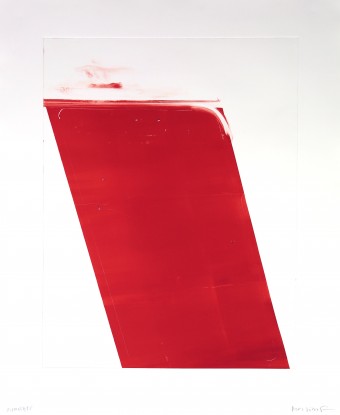 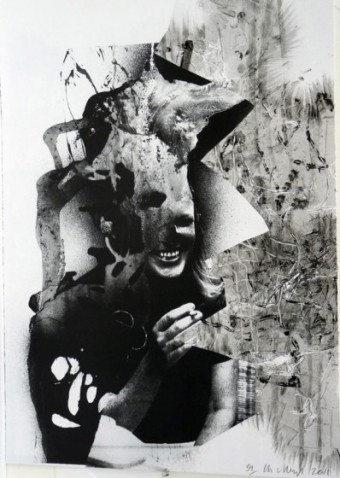 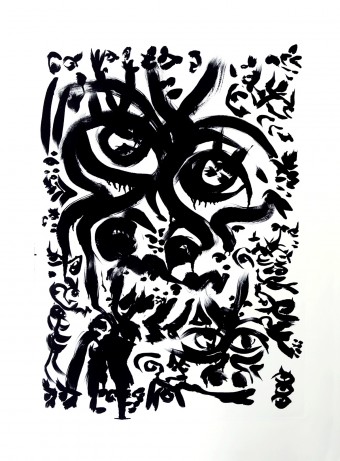