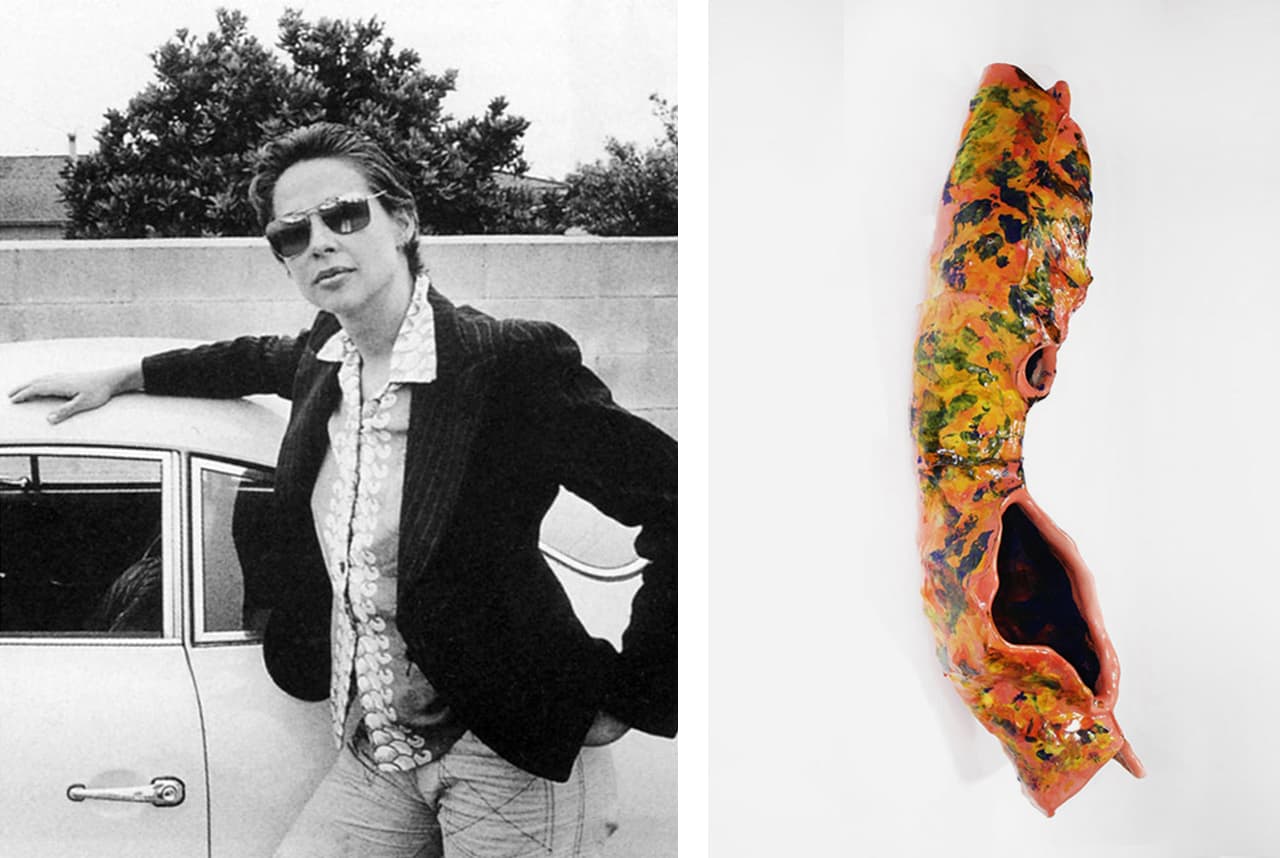 The history of art is crammed with the ideas and works of western men. They fill our museums, our texts and our understanding of each period and style. A quote from the Guerrilla Girl’s poster immediately comes to mind: “Less than 5% of the artists in the Modern Art Sections of the Met Museum are women, but 85% of the nudes are female.” Abstract Expressionism, as art history’s most macho movement, is one of the worst offenders.

Abstract Expressionism dominated the landscape of Post-World War II America, and is typically defined through several male artistic giants often referred to as “The Modern Masters.” The names Jackson Pollock, Willem de Kooning and Robert Motherwell will be recognized by even the most unversed and inexpert modern art appreciator. They are the larger-than-life figures who worked in New York in the 1940s and 50s, taking non-object imagery as their subject matter in an attempt to reveal society’s collective subconscious.

Surface Work which recently opened at Victoria Miro gallery in London aims to reverse the marginalization of women in this sphere by profiling the female Abstract Expressionist artists. The show takes the women of the movement out of the shadows and inspires a radical rethinking and broadening of the term. Poet Frank O’Hara may have claimed that “Abstract Expressionism is the art of serious men,” but, as is shown by this exhibition, it is time to think differently. It should no longer be a movement that solely conjures up images of paint-splattered men in overalls working over large-scale canvases.

Lee Krasner is perhaps the greatest symbol of the way the female Abstract Expressionists have been historicized. Despite being one of the few women ever to have had a retrospective show at MoMA, she is still often a side-note, referred to merely as Jackson Pollock’s wife. Krasner helped to devise the all-over technique and the synthesis between abstract form and psychological content that ultimately defined the movement. She later became eclipsed by her husband, whose success can partly be attributed to her hard work and attitude. Helen Frankenthaler is a similar figure, understood as founding the transition from gestural painting to color field painting. Despite this she is rarely given the credit she deserves, referred to through her marriage to Robert Motherwell.

Etel Adnan—yet another interesting female abstract artist—has risen from near obscurity, coming to be known as one of the most celebrated artists of the 21st century. Her sun-drenched canvases and distinct use of color may depart from the political writings and poems she initially became known for, but a sense of clarity and simple appreciation for the world pervades everything she touches.

The sculptural works of Lynda Benglis continued the tradition of Abstract Expressionism into the 1960s and 70s. Benglis adopted the dripping technique but moved away from the canvas-based approach, using a balance of spontaneity and precision to create works that explore the three-dimensional. Her use of pastel colors, craft materials and glitter dissociate her from the macho men that came before her but allow her to question the gendered distinctions in art, and completely redefine the genre. 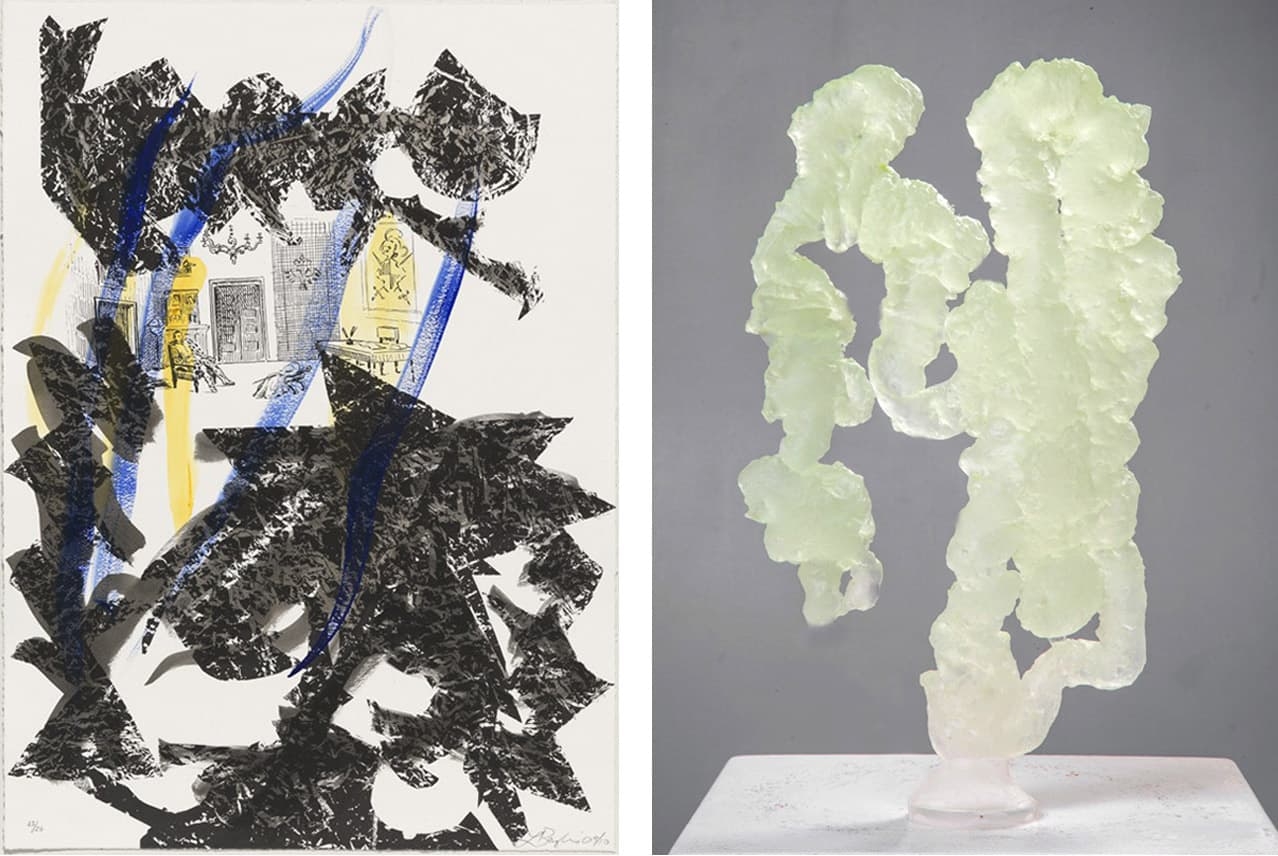 Founding and forging the style of Abstract Expressionism, it is impossible to ignore the vast contribution of the female artists. Their marginalization highlights the need for a re-thinking of the style and the way we perceive the work of the men traditionally held at the center. Next time you look at the dripped paintings of Jackson Pollock, understand it as a result of the all-over technique of Lee Krasner. Or when you come across the flat color blocks of a Robert Motherwell lithograph, consider the pioneering color field style of Helen Frankenthaler. 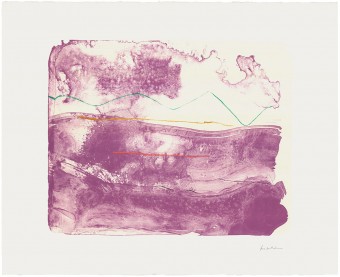 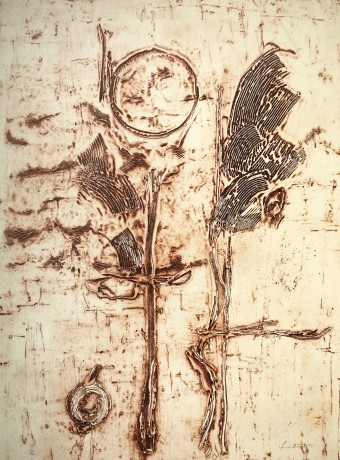