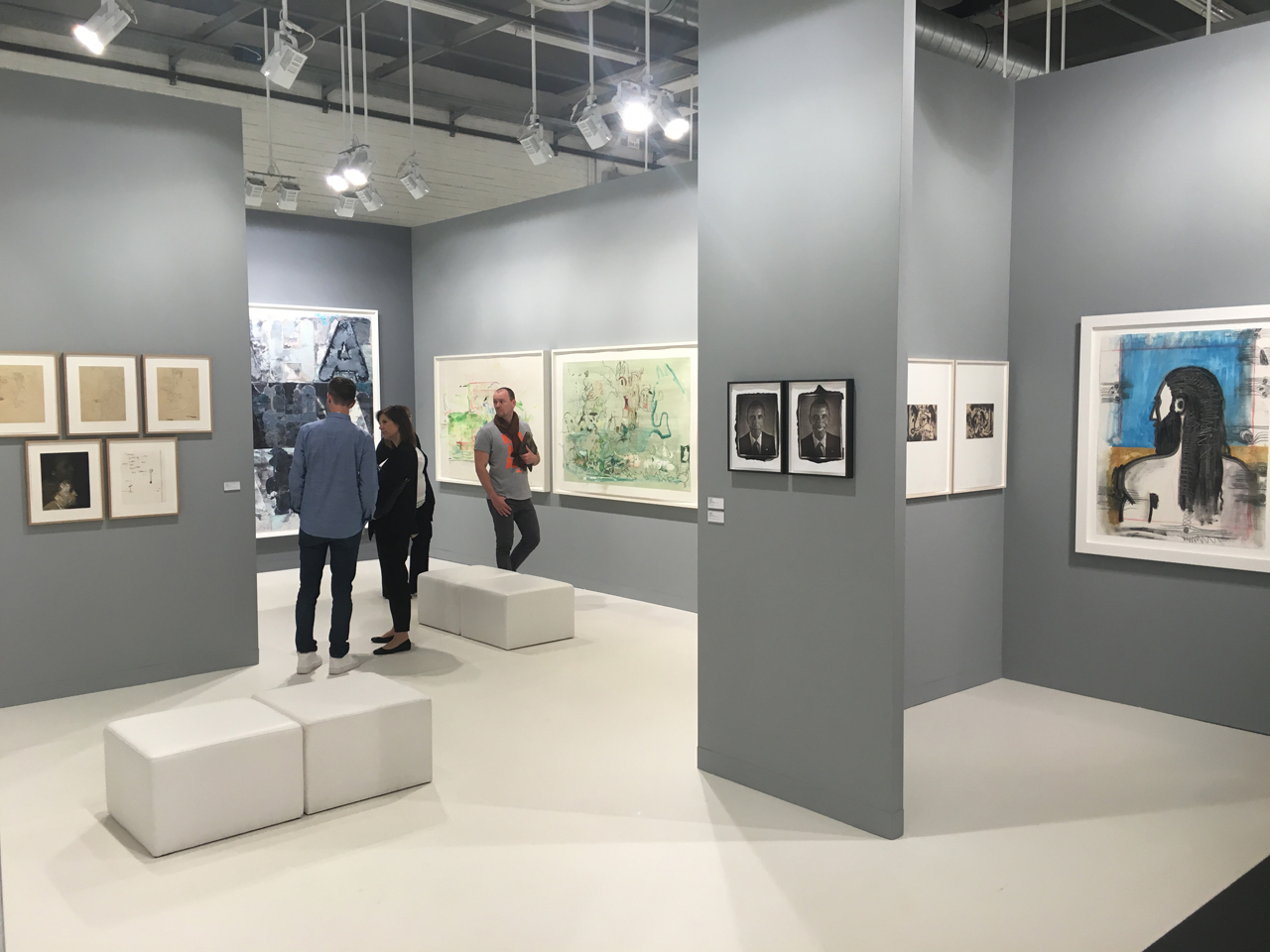 The 47th edition of Art Basel began with a bang with dealers reporting impressive sales during the first day of business. Although many expected the activity to plateau, galleries have in fact revealed strong sales activity through Friday and there is expectation that this will be sustained throughout the six-day fair.

At the midway point of the fair one of the most high profile purchases so far was made by the eccentric art collector Liu Yiqian who bought an enormous Gerhard Richter digital print entitled 930-7 Strip on Wednesday for what is believed to be €3 million. He is known for publically flaunting his wealth, having bought an Amedeo Modigliani nude for a staggering $170.4 million last year.

One of the most exciting presentations at the fair was staged by one of our gallery partners, König Galerie, who is exhibiting its artists, including Alicja Kwade and Jorinde Voigt, around an open floor plan. With only one wall erected for the booth, König Galerie is changing the large-scale paintings each day.

It has been noted that this has been one of the best Unlimited sectors since its inception in 2000. The sector for works too monumental for a traditional art fair has been curated by New York-based curator Gianni Jetzer. The exhibition hall contains 88 works, 14 more than last year. One of the most memorable is a striking work presented by Berlin-based gallery neugerriemschneider, White House, 2015, by the Chinese artist Ai Weiwei. The artist has taken a Qing Dynasty residential structure and turned it into a 80-meter square, white-painted installation. 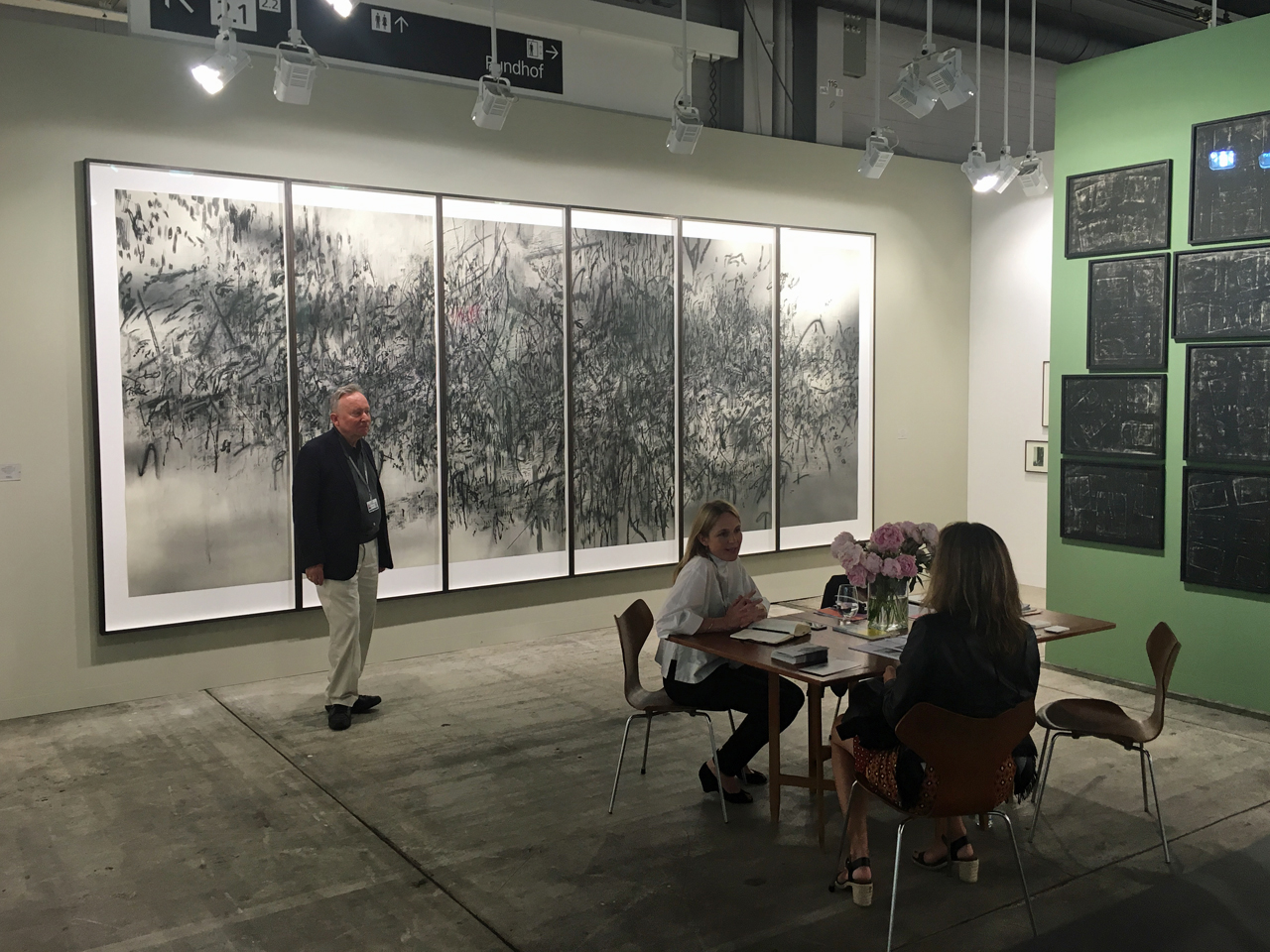 All in all, the Edition sector of Art Basel has been a real success with many limited edition and multiple specialists impressed at the eagerness of young collectors to discover more about the editions market. Niels Borch Jensen sold their large hexaptych limited edition entitled Damascus by Julie Mehretu to two museums, and their booth, also featuring the Danish art collective Superflex, has so far been a hive of activity.

Roman and I luckily bumped into AA Bronson on Thursday, the day of his 70th birthday. His good friend and fineartmultiple gallery partner, Carolina Nitsch, hosted a special celebratory dinner for the artist—who helped redefine contemporary art alongside his collective General Idea and set up the NY Art Book Fair—at his favorite restaurant in Basel.