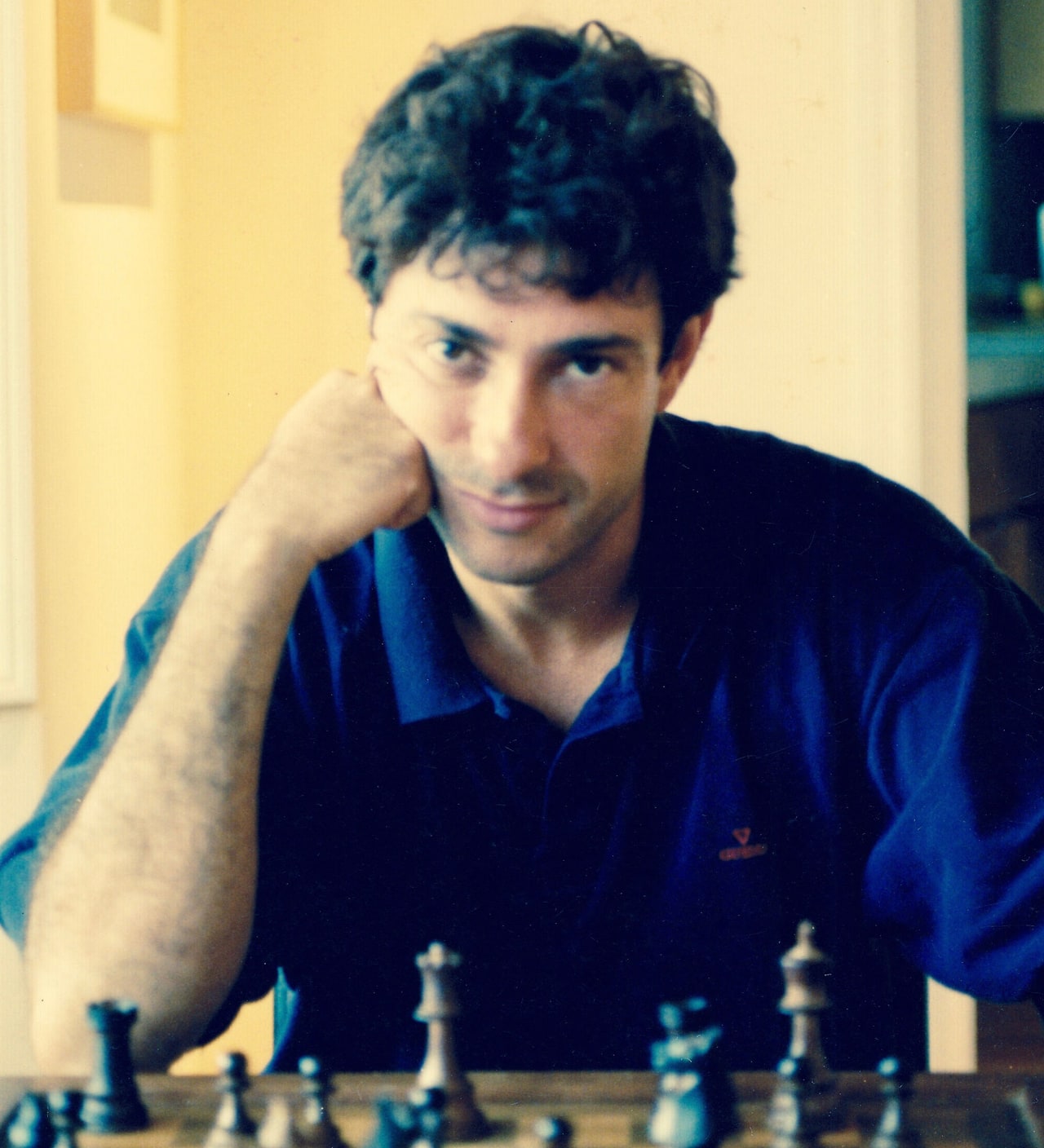 Initially Michel Cohen’s method was perfectly legal: he’d borrow a piece of work from a reputable gallery, invite round a network of art collectors to come and see it then sell it to one of them for an inflated price. It was simple, legal and highly effective. At his peak, he was making hundreds of thousands of dollars profit a month and chartering private jets and living in the most sought-after property in Malibu. Yet after more than a decade of living the highlife, his near manic compulsion to make money caused him to fall into a spiralling debt hole. By the end he felt he had no other choice but to run, leaving behind him a trail of broken friendships and a tale that is rich in greed, motive and morality.

The new documentary The $50 Million Art Swindle by Vanessa Engel tells this remarkable story and reveals the barely believable events that transpired after his disappearance. Incredibly, the documentary makers managed to do what Interpol, the FBI and allegedly various hitmen failed to do, they managed to track Michel Cohen down. Right from the beginning of the documentary he is there. Still handsome, still mercurial and still showing no signs of contrition. We see him washing up dishes in his home and walking in the woods, friendless, isolated and living a life in total contrast to the extremity of his former existence. 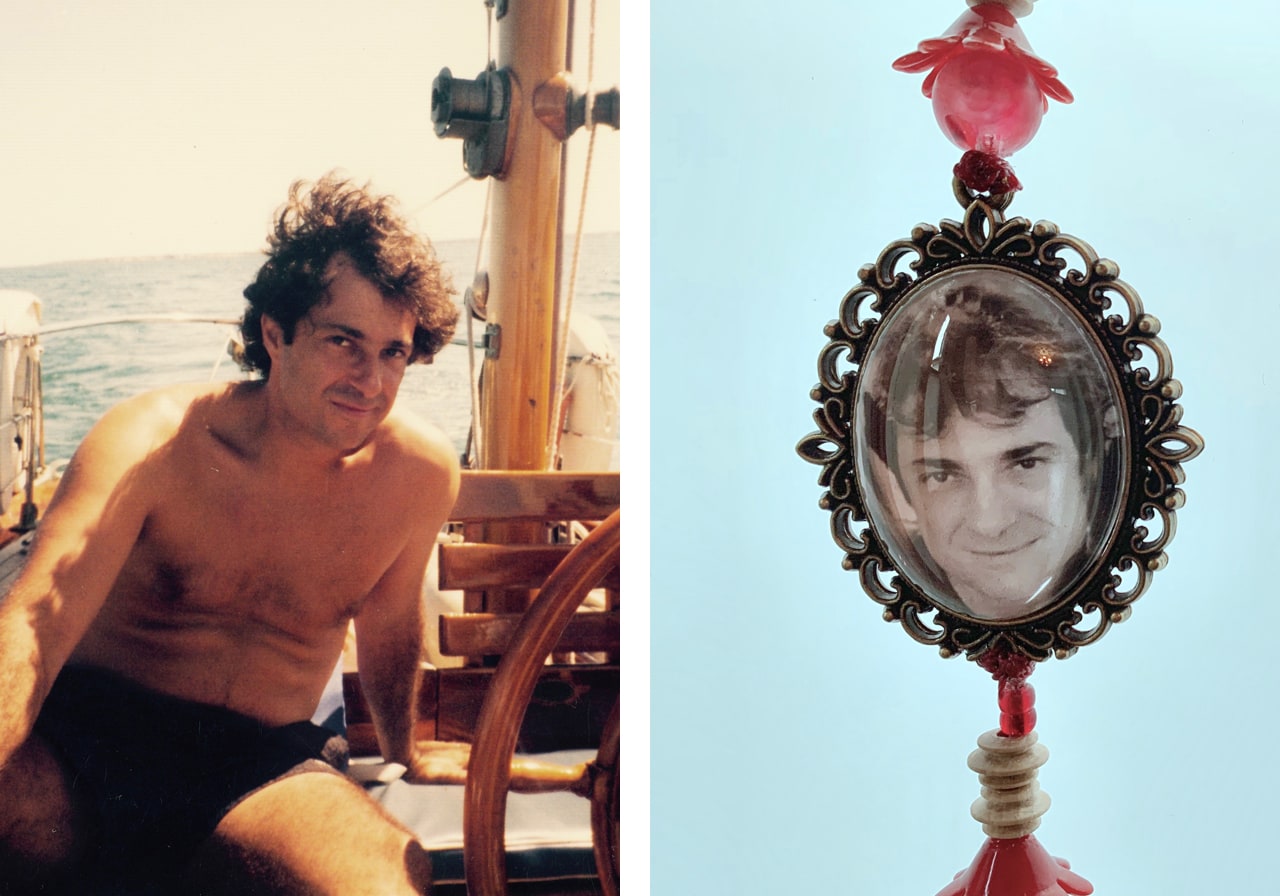 Born in France in 1953, Cohen left school early and quickly discovered a talent for salesmanship. By 1980 he was in San Francisco selling posters to Francophile Americans but it was not enough, his ambitions were boundless. He realised that by trading in Picasso’s, Monet’s or Chagall’s you couldn’t really go wrong. Once he had firmly established himself in New York, the epicentre of the art world, he began studying contemporary auction catalogues, memorising everything about the works price, size, materials and provenance.

The art world is still a society that bases trust largely upon appearances, a handshake is enough to get you into the private salons, the right introduction opens the right doors (Just look at the Knoedler Art Trial). Slowly he began to build up a network of trusted dealers, gradually working his way up to ever more significant artworks. Without leaving any form of guarantee, he would even on occasions carry the works straight out the gallery door. In 2001, he took a $2.5m Picasso work from Richard Gray Gallery to his private warehouse and sold it to a collector for $3.5m. It was that easy, ridiculous sums of money could be made in an afternoon. A new deal every day. 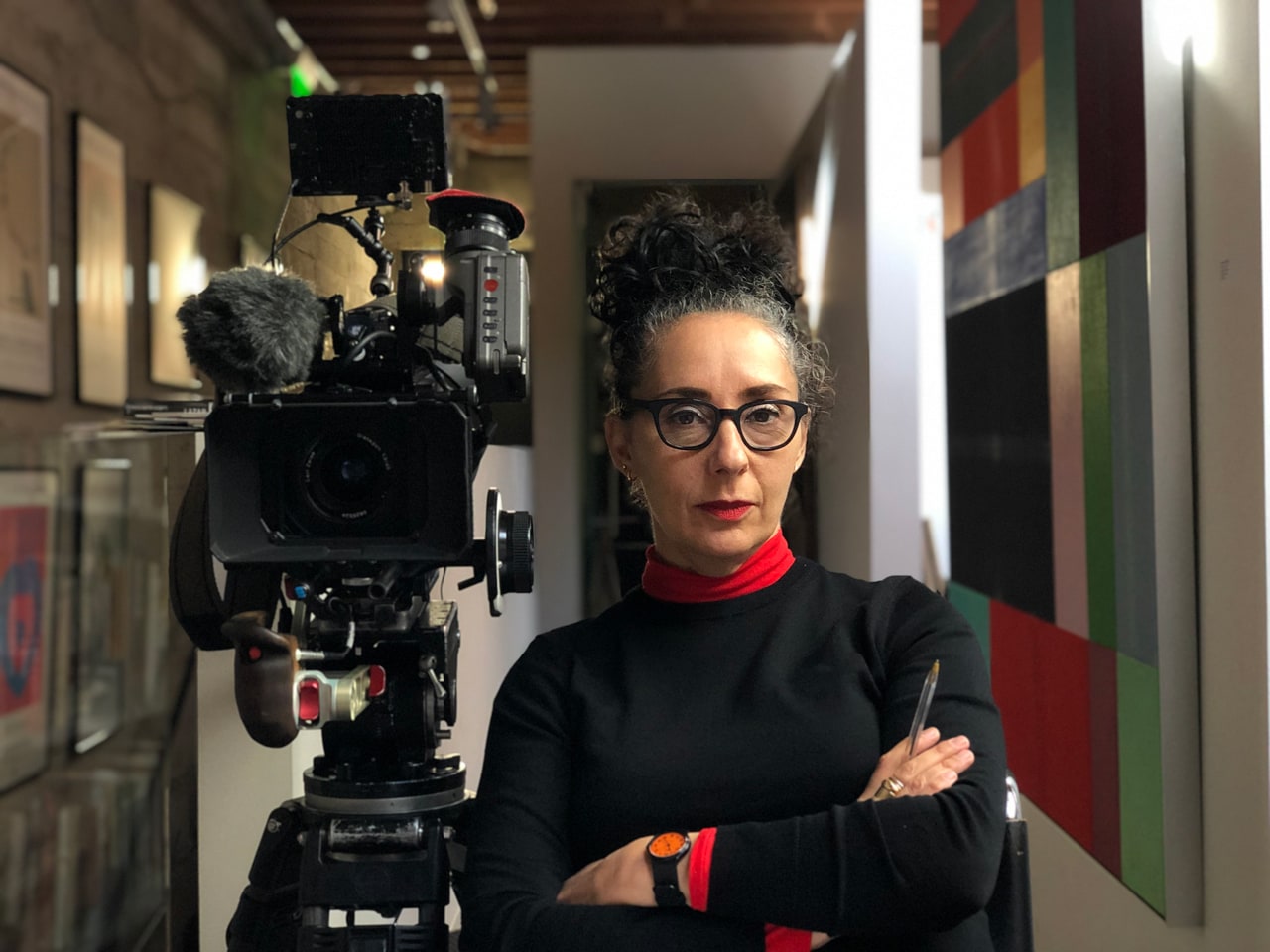 Cohen became so convinced of his methods that he began to apply them to the option market. In 1996 he turned $30,000 into $13m. He was invincible, large sums of money flowed into his lap effortlessly – until of course it didn’t. Like every true gambler you don’t “stop when you’ve won, you only stop when you lose.” With mortgages, a stable of horses and a brand new sports car each month, Cohen’s expenditure was out of control. With debts mounting he returned to the art world and began selling the same artworks to multiple collectors.

Gaunt and haunted-looking, galleries realised something was up. Sotheby’s broke first, demanding the payback of a $10 million loan and promptly called the police. With the FBI circling he made a dash for it, flying straight to Rio. A few weeks later his German wife and two children joined him. The story would be remarkable if it ended there but it doesn’t. What follows is a barely-believable adventure involving an underground South American jail, a crafty prison escape, precarious river crossings and then of course his 17-year disappearance.

The documentary takes us on a rip-roaring ride through his nefarious art career, a how-to-guide to making it to the top of the art world with absolutely no training. Spliced with interviews with bemused former friends and bitter former associates: all of them grappling with the character of man who not only betrayed their trust but who managed to dodge any form of punishment. On the phone from London, Engel tells me that she found him to be “nice, thoughtful” even “sweet” but twenty years later, dogged in his self-delusion, he denies that the works were even stolen. It’s just taking him a long time to pay the original owners back. Anyway, what does he care? “These are people who have assets of $50 million to billions, so it did not affect their lives.” Though of course, it did. The Bill Beadleston Gallery was forced to close down, people lost their livelihoods. 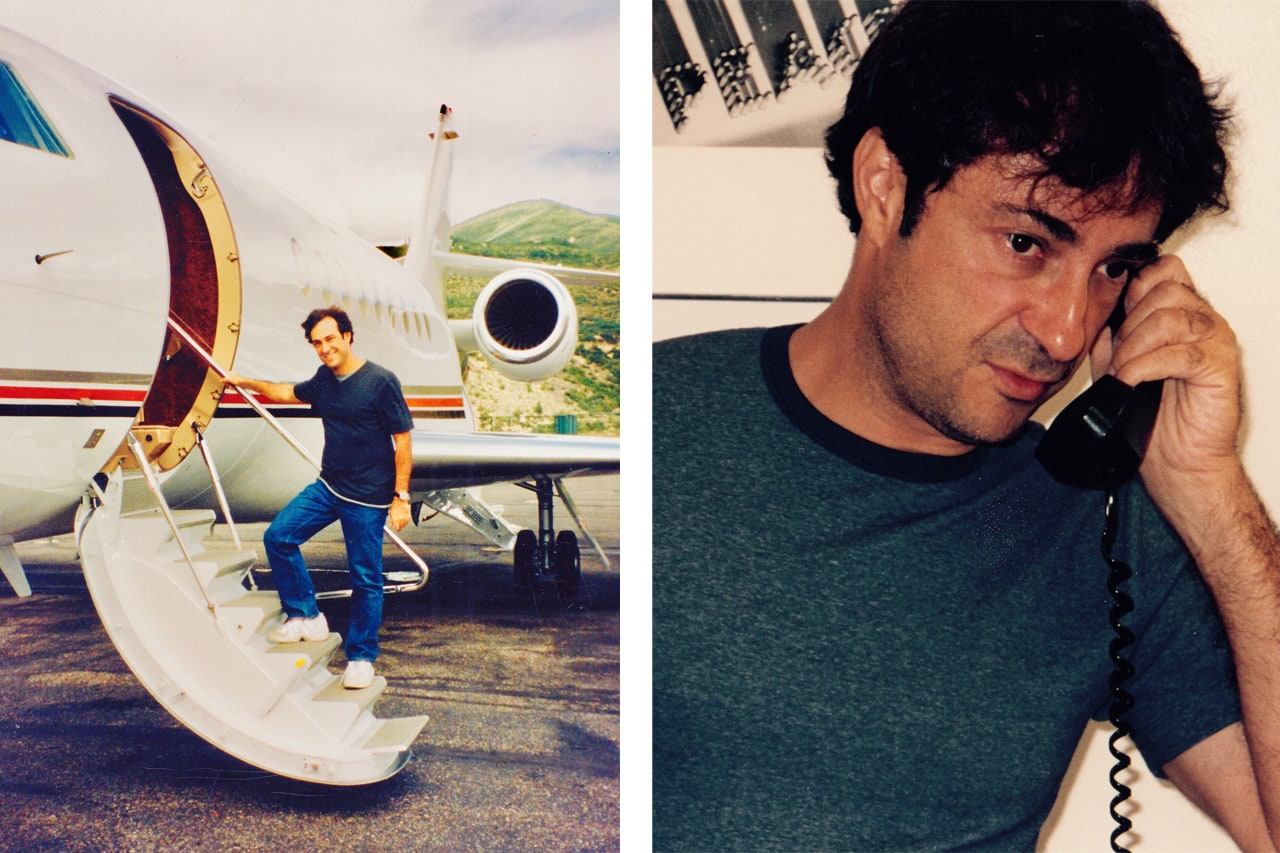 What Cohen did was bring a Wall Street approach to the art market. To trade it like it was any other commodity, he could just as well have been dealing in football stickers. One of his former friends, the collector Robert Galoob, describes him as a “young French Jewish Icarus” but that would be to over-romanticise him. If anything he was a gambling addict, with startling powers of self-delusion.

At the end, Engel’s atmospheric and highly-engaging documentary leaves us with more questions than answers. What happened to the money? And isn’t he being absurdly reckless in revealing himself with so many people baying for his blood? I put these questions to Engel but she tells me her job is “Not to come in judgement but to come in with curiosity.” Would she be surprised one morning to wake up to discover that something had happened to Michel Cohen? “There are dark forces in parts of the artworld,” she answers, “Do I think from my research that there are people in the art world with connections to the mafia and are capable of something like that? Then yes.” A sinister thought, but it makes you wonder what Cohen might really be up to. Maybe, we’re all being duped by this astounding story.

You can watch the The $50 Million Art Swindle on the BBC Iplayer if you are a resident of UK or have a VPN. The documentary will also be available on worldwide release in the year ahead. 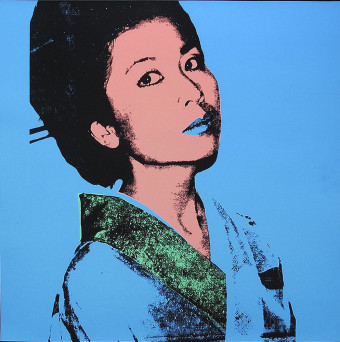 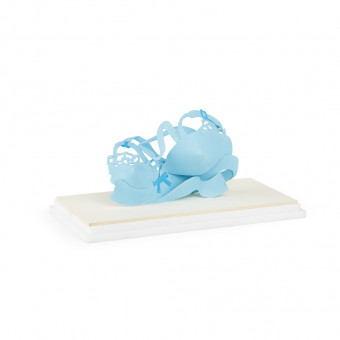 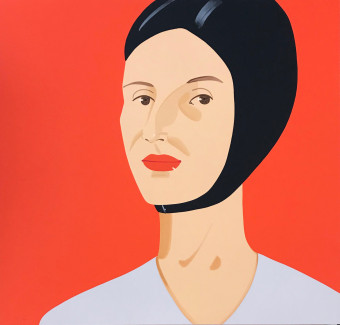