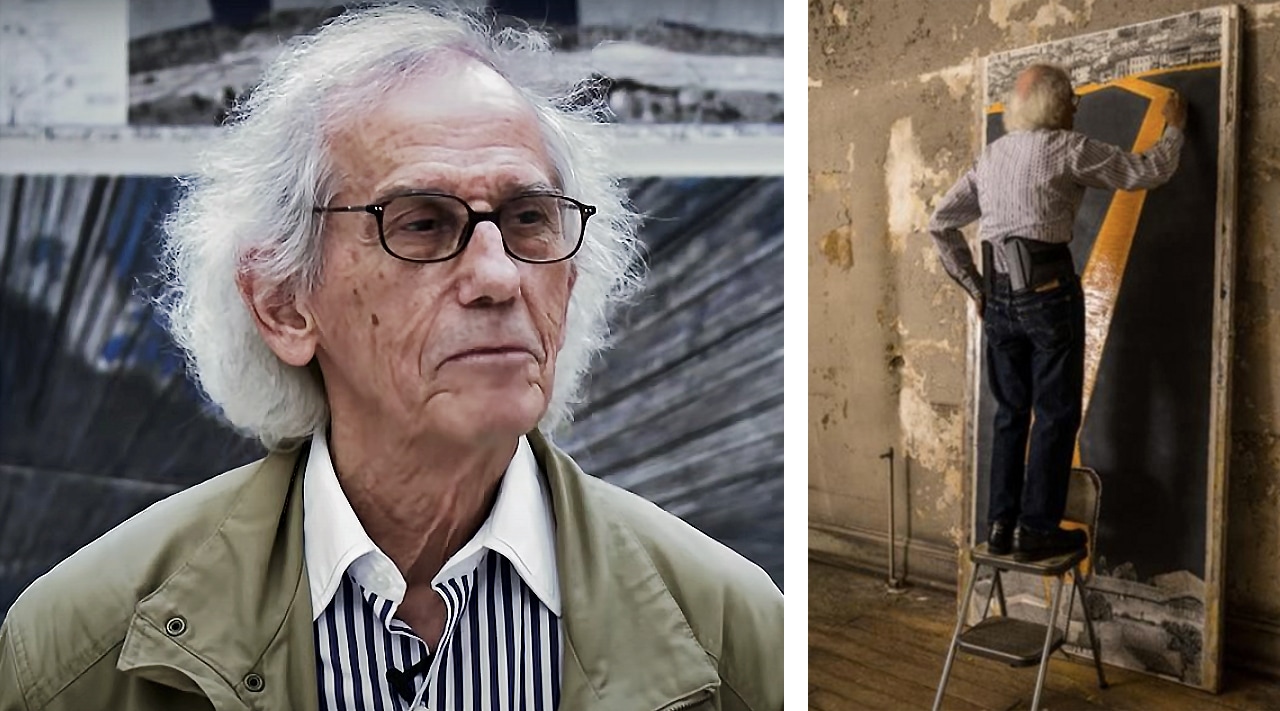 As a young art student growing up in communist Bulgaria, one of Christo’s first assignments was a state-initiated work of propaganda. Along the fabled route of the Orient Express, Christo told farmers “where they should park their combines and pile their hay”, so that when rich European travellers looked out of the train window, they would be given the misleading impression of prosperity and abundance. He later said of his experiences that they had taught him how to work in open spaces, but perhaps most importantly, it taught him how to deal with people outside the world of academia.

Christo, who died on Monday, aged 84, was adept at dealing with the petty bureaucracies and naysayers that stood in the way of completing his iconic sculptures. Tenacious, patient and always polite, the more vociferous the rejection the more committed and relentless he and his wife, Jeanne-Claude, became in achieving their goals. After Jacques Chirac, the then mayor of Paris, rejected the wrapping of the Pont Neuf Bridge in 1982, they somehow managed to persuade one of his aides to sneak the permit approval into a pile of his papers, which he then signed inadvertently. All Jeanne-Claude had to do when Chirac attempted to repeal the approval, was threaten to show his signed letter to the press, after which he dropped his case.

The public reception to the Pont-Neuf Wrapped was nothing short of sensational. Like many of their most popular sculptures it covered a well-known landmark in swathes of fabric, disrupting the urban environment and forcing a complete reappraisal of how such structures function within their given landscape. In 1994, they outmanoeuvred the German Chancellor, Helmut Kohl, who was deeply opposed to the idea of allowing the Reichstag to be wrapped. Forcing it to a vote in 1994 in the Federal Bundestag then situated in Bonn, consent was finally won with only the slimmest of majorities. Their proposal had been rejected in 1977, then again in 1981 and again in 1987. Undeterred they pursued it for 25 years, canvassing over 350 ministers and spanning the tenure of 6 Chancellors. 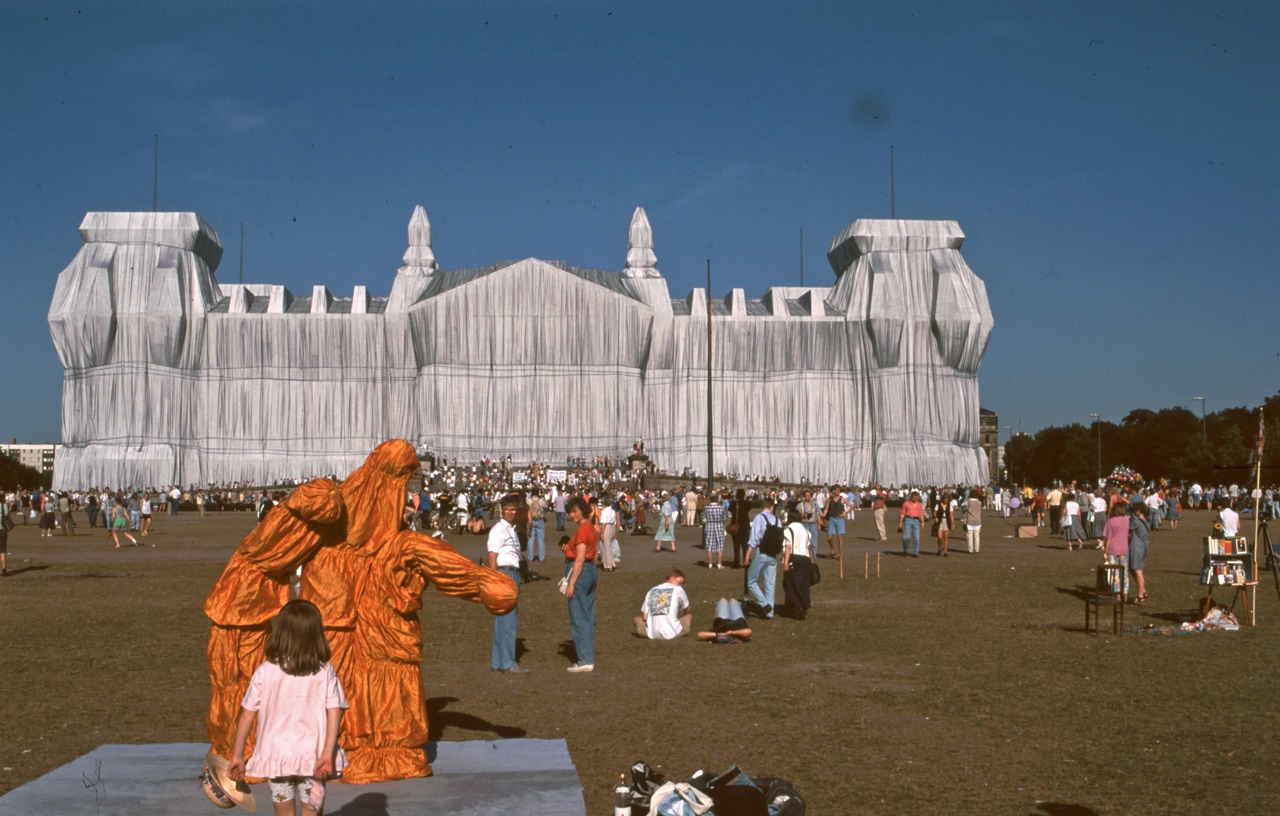 It was worth it. At dawn on 24 June 1995, 90 professional rock-climbers abseiled from the roof of the Reichstag, unfurling 100,000 m2 of metallic-fabric. In the minds of Christo and Jeanne-Claude, this aesthetic deconstruction, was to put the building back into public ownership. The Reichstag, they believed, was owned not by Kohl but by “the German nation, by 80 million Germans”. Since its unveiling, the work has grown steadily in significance becoming symbolic of a unified Germany and marking Berlin’s re-emergence as a world city.

With each new work, Christo and Jeanne-Claude were systematically redefining Public Art but in so doing, a curious divide was becoming ever more apparent between an adoring art public and an increasingly sceptical critical community. Unconvinced by the work’s accessibility and unable to ascribe it meaning as it belied any comfortable categorisation, their grand installations were too big for a gallery space and too expensive for someone to own. Each sculpture’s short-lived evanescence made them appear superficial, even vacuous. And to the bafflement of most critics that was exactly what they were after: “We make beautiful things,” Christo once remarked, “unbelievably useless, totally unnecessary”. 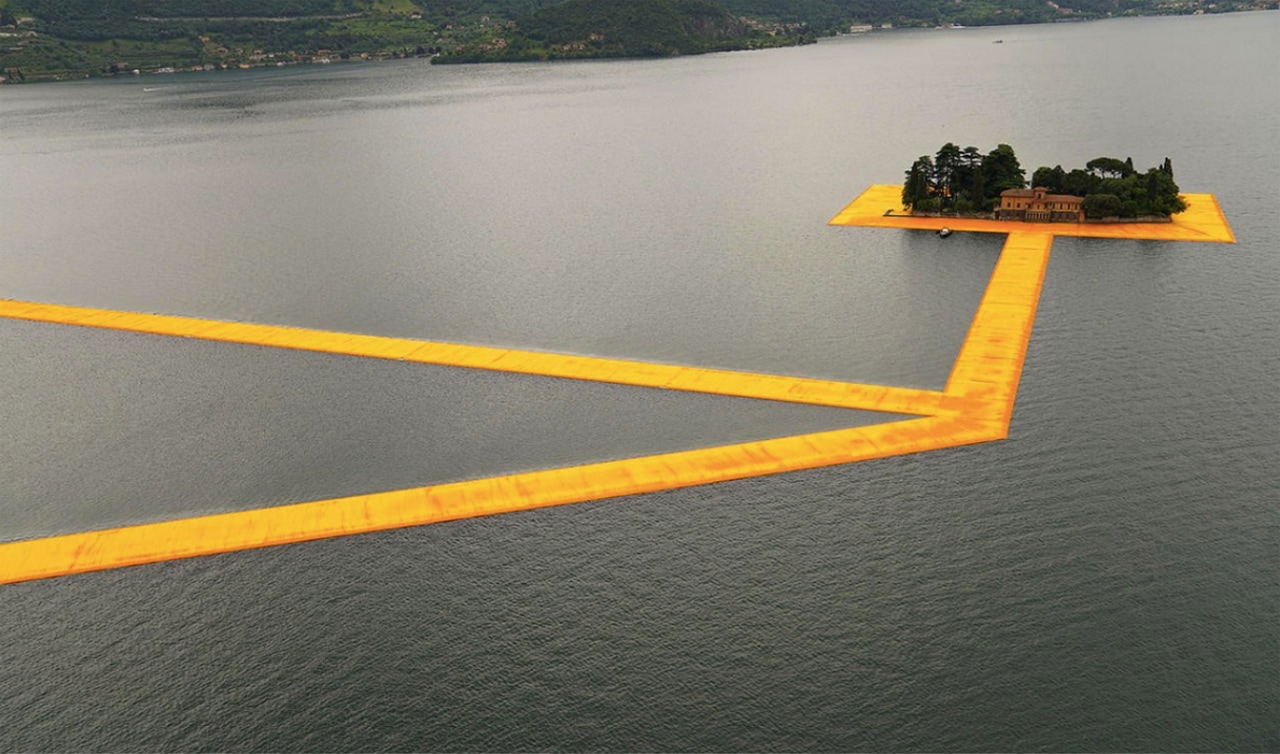 That shortened experience reached an extreme in 1972 when gale force winds forced the closure of Valley Curtain – a vast expanse of orange nylon fabric stretched across a narrow pass in Rifle, Colorado – after just 28 hours. Rather than expressing regret Christo thought it actually added something to the work: “I as an artist have done what I set out to do,” he said. “That the curtain no longer exists only makes it more interesting.” In his mind those few hours were enough to leave something unforgettable in those fortunate enough to see it. “Artists – and above all architects – seek permanence,” he once said, “I don’t. I like leaving nothing. That takes courage.”

Born Christo Vladimirov Javacheff in 1935, Christo defected to the west in 1957, stowing away on a train bound from Prague to Vienna on a goods carriage laden with medical supplies. Two years later he met Frenchwoman Jeanne-Claude Denat de Guillebon, who would become his artistic partner and wife until her death in 2009. Born on the same day, the only time they were truly apart was when they travelled by plane, so that if one crashed, the other could continue their work.

It was in Paris in 1958 that Christo first began wrapping small items that he had collected in his studio, bottles, oil drums and crates, were covered with a resin-soaked canvas tied with twine and coated with thick grey car paint. In 1962, with the scale of his work steadily increasing, he blockaded the Rue Visconti in Paris with over two hundred oil barrels while Jeanne-Claude distracted the police with a series of premeditated diversionary tactics.

It was after moving to New York in 1964 that they began to develop their idea to wrap entire buildings. By now established art stars, they got the go ahead in 1969 to wrap the Museum of Contemporary Art in Chicago while it remained open. Panned by the public and fraught with controversy, the work set them on course for the mind-boggling logistics of their more blockbuster artworks. 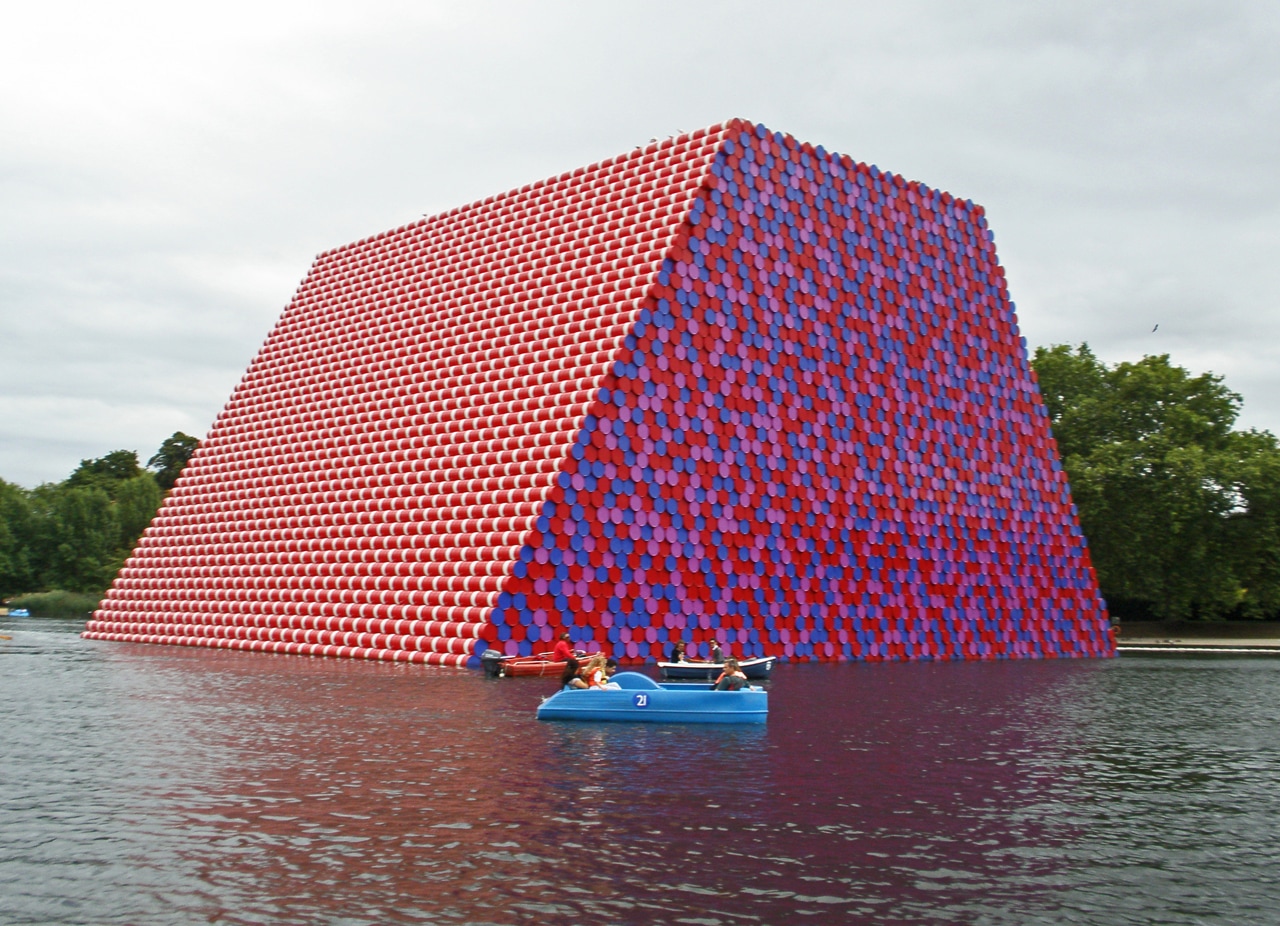 Having always refused sponsorship, much of the funding from their projects was raised from selling preparatory drawings and editions, a template they used to great effect throughout their career. If that was not enough they could always fall back on their negotiating skills, and were adept at “getting banks to supply lines of credit.”

One hugely ambitious work which will be posthumously realised is the wrapping of L’Arc de Triomphe in Paris, which is set to be completed in 2022 in accordance with the artist’s wishes. First conceived in 1962, it had been planned for this summer but had been postponed as a result of the Corona pandemic. This last great project will no doubt form a fitting tribute to an artist duo who did so much to expand and liberate our experience of art. 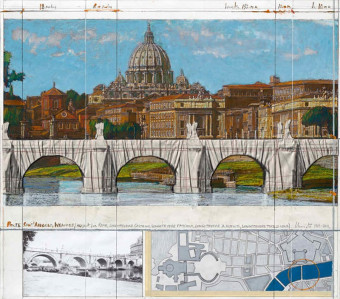