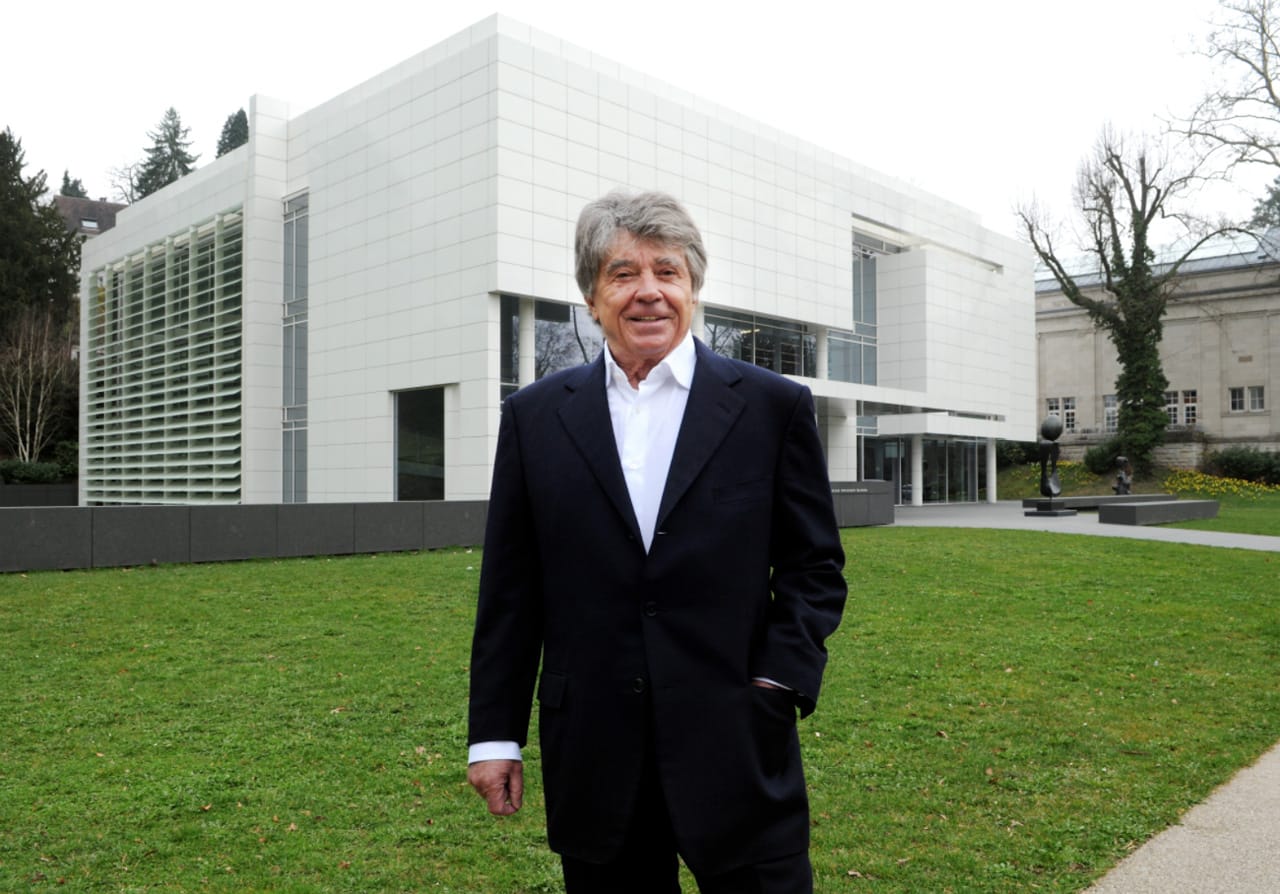 Collector Frieder Burda and the Art of Good Timing

With the world still reeling from the revelations oozing out of Donald Trump’s White House, an exhibition examining the intermeshing of media and political power in America could not have come at a better time. So it is perhaps surprising to discover that this most urgent exhibition is taking place at the Frieder Burda Museum in Baden-Baden—a small spa town on the outskirts of Stuttgart that has long been a popular destination for Europe’s well-to-do, hoping to relax in its thermal baths. But the museum’s founder and benefactor, Frieder Burda, the wealthy scion of the Burda family, has always been blessed with great timing.

His decision to open a museum in Baden-Baden, a town with a population of just 30,000, was first met with derision and protests by the local populace, worried that a shiny new building would ruin their beloved park. But once the residents saw architect Richard Meiers’ finished buliding, and saw how well it complemented the neighboring 100-year old Kunsthalle Baden-Baden, they embraced the project. 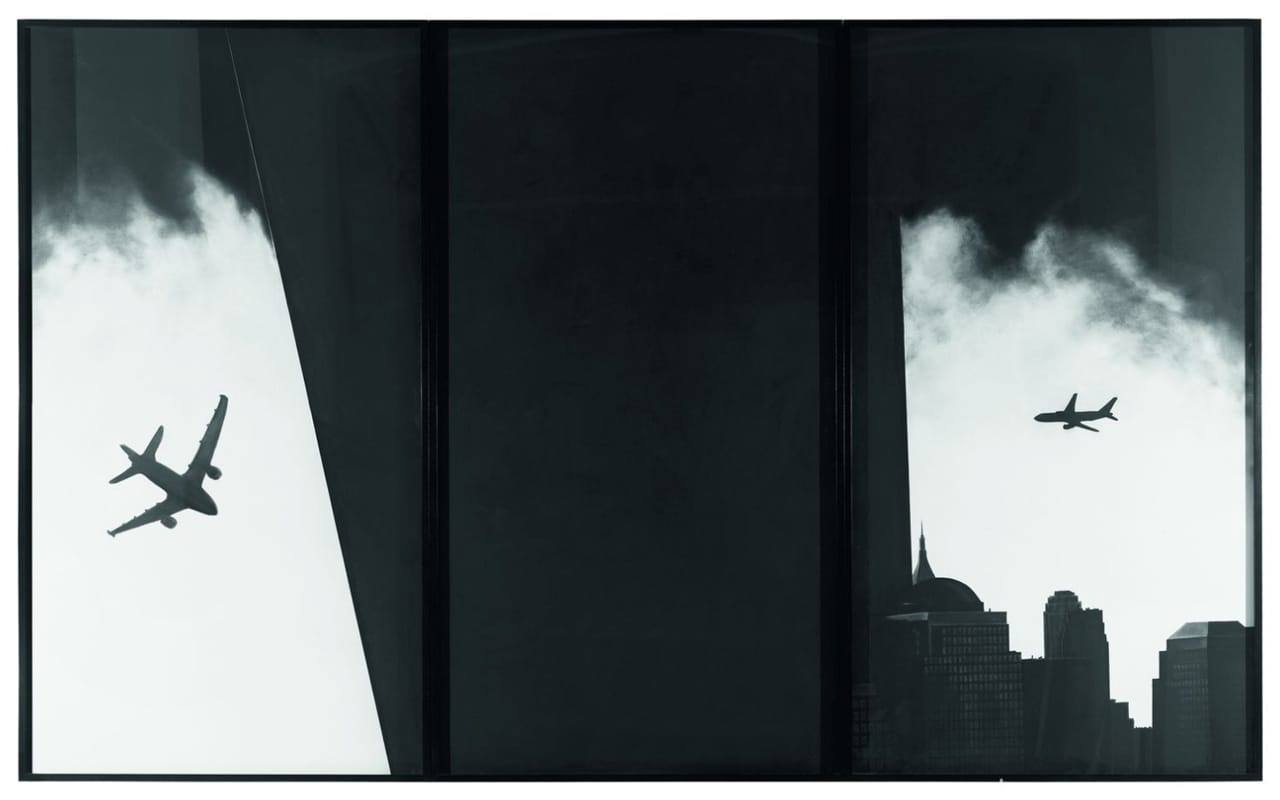 Now nearly 14 years after its opening in 2004, the museum has done wonders to transform cultural life in this part of Germany. The Frieder Burda Museum is now considered one of central Europe’s great collections of modern and contemporary art, and its well-judged proximity to Art Basel and Munich has made it an important stop on the global art trail.

Born in 1936, Frieder Burda grew up in the nearby town of Offenburg (affectionately known to locals as Burdapest) where his parents’ multinational publishing company was based. The first artwork he bought was a Lucio Fontana that he had seen at documenta 4—“I had no idea what it was, but I wanted to have it.” A red painting with three slashes in the canvas, he excitedly took it home to show his father, a keen collector of the German Expressionists. Frieder wanted to show him that he “was going to go in a different way. It was a liberation.” 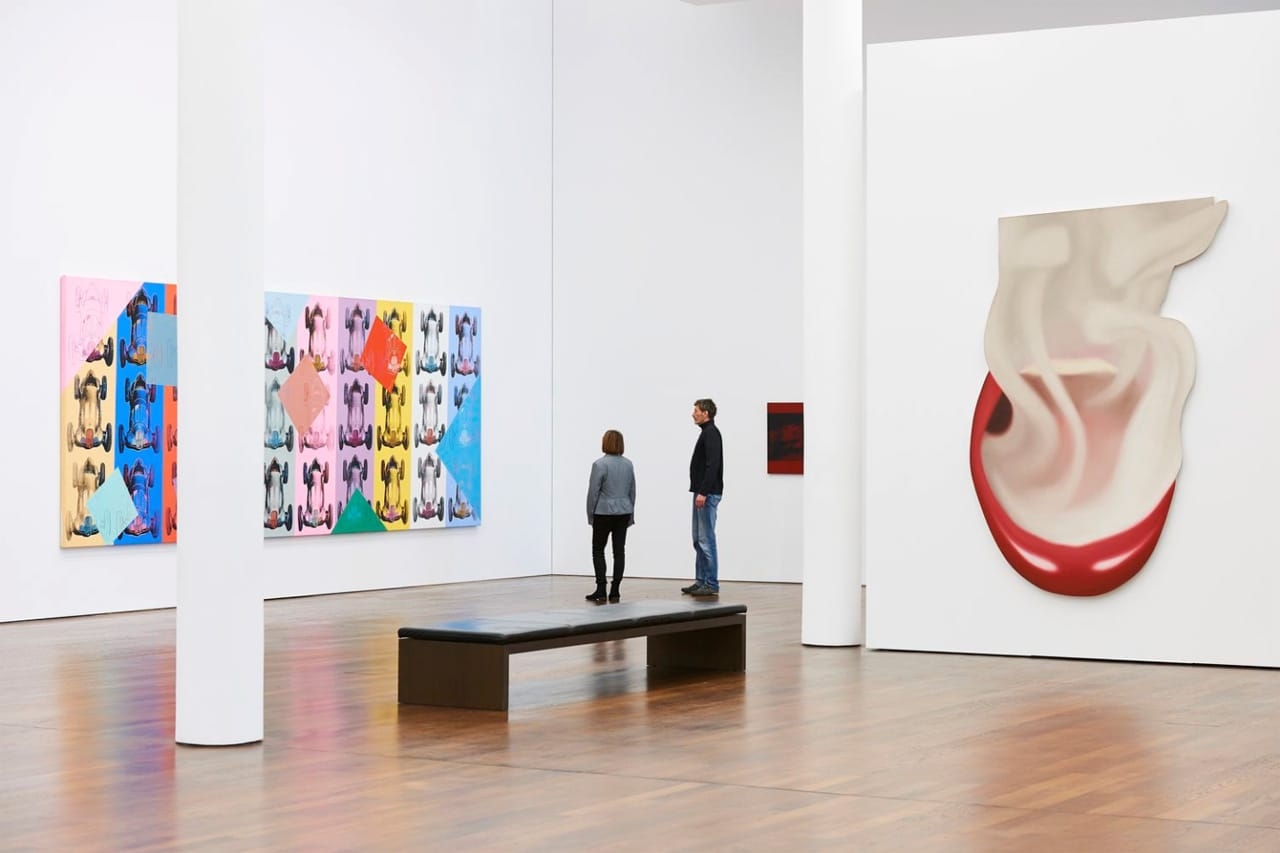 For a few years in the 1970s, Frieder Burda’s professional career took him to New York, where he began taking an interest in the Abstract Expressionists. With the world in thrall to Andy Warhol and the pop artists, Frieder snapped up two Mark Rothko’s, two Jackson Pollock’s, a Willem de Kooning and a Clifford Still. Unlike his younger brother Hubert, who has a Ph.D in art history, Frieder had no formal art education, choosing his artworks on what moved and intrigued him, buying purely on the basis of spontaneous enthusiasm.

This approach began to change in the late 1970s, after meeting a young and still fairly unknown German painter called Gerhard Richter. A friendship soon blossomed and Burda began taking a more studious interest in his collection, consulting with art historians and curators. Burda now boasts more than 40 works by Richter—including one of his iconic candle paintings. Already a friend of Sigmar Polke, and acquainted with Georg Baselitz as well, Burda gradually began building up a tremendous collection of mainly German painters. Slowly the idea of having his own museum started to form in his mind. 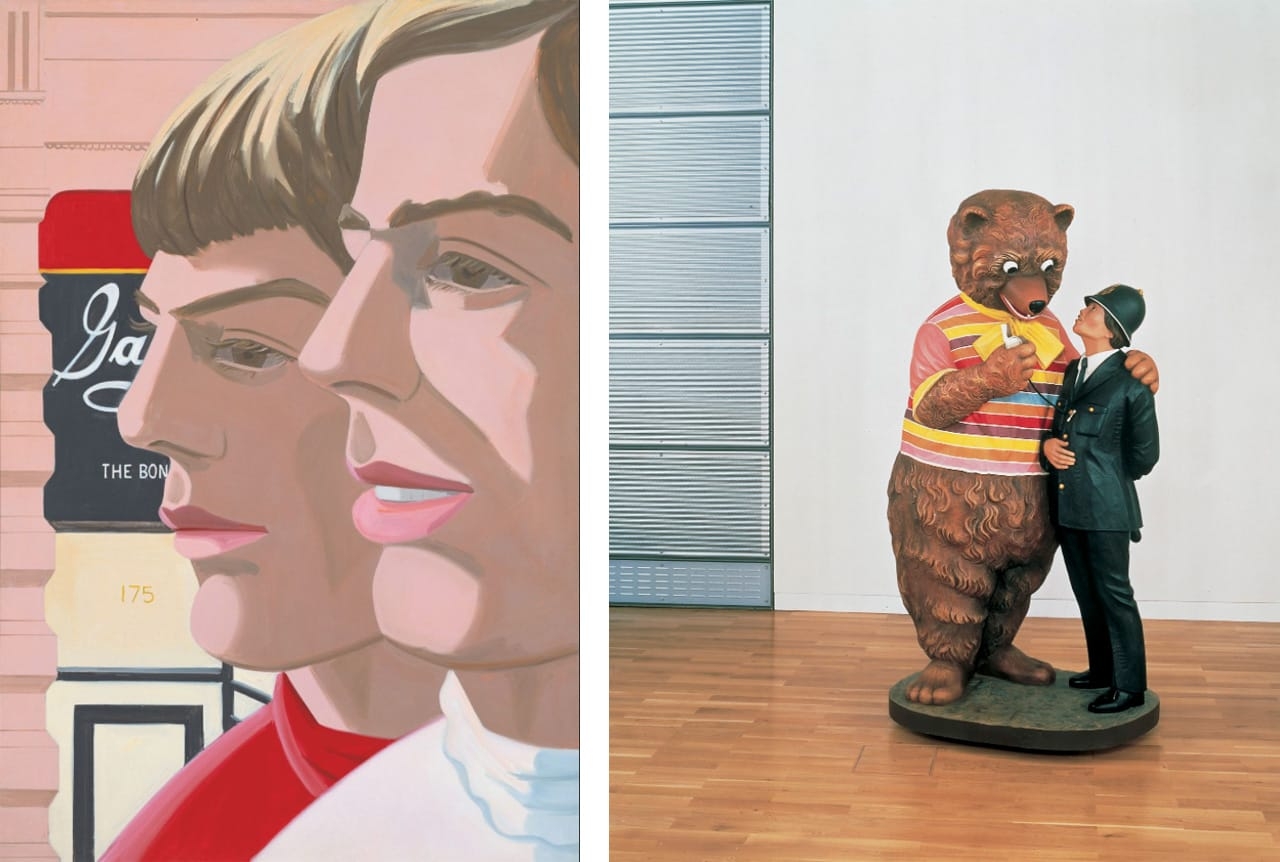 The death of his father in 1986 meant that the business was divided amongst the three sons, Franz Jr, Frieder, and Hubert. In the melee that followed, Frieder’s relationship with his younger brother Hubert—who had taken over the entire printing and publishing sector—suffered as he and Franz Jr decided to sell their 25 per cent stake in a rival media conglomerate. Allegedly this was against an agreement made with Hubert.

Frieder now views their decision to go their separate ways as a fortunate one (Glücksfall)—Hubert would never have been so “successful if I was still there.” Successful is of course an understatement. Hubert Burda, who launched Focus magazine in 1993, turned Hubert Burda Media into a German powerhouse, with an annual turnover of €2.2 billion. But despite the internecine family strife, Frieder’s relationship with his younger brother is now “quite reasonable”. 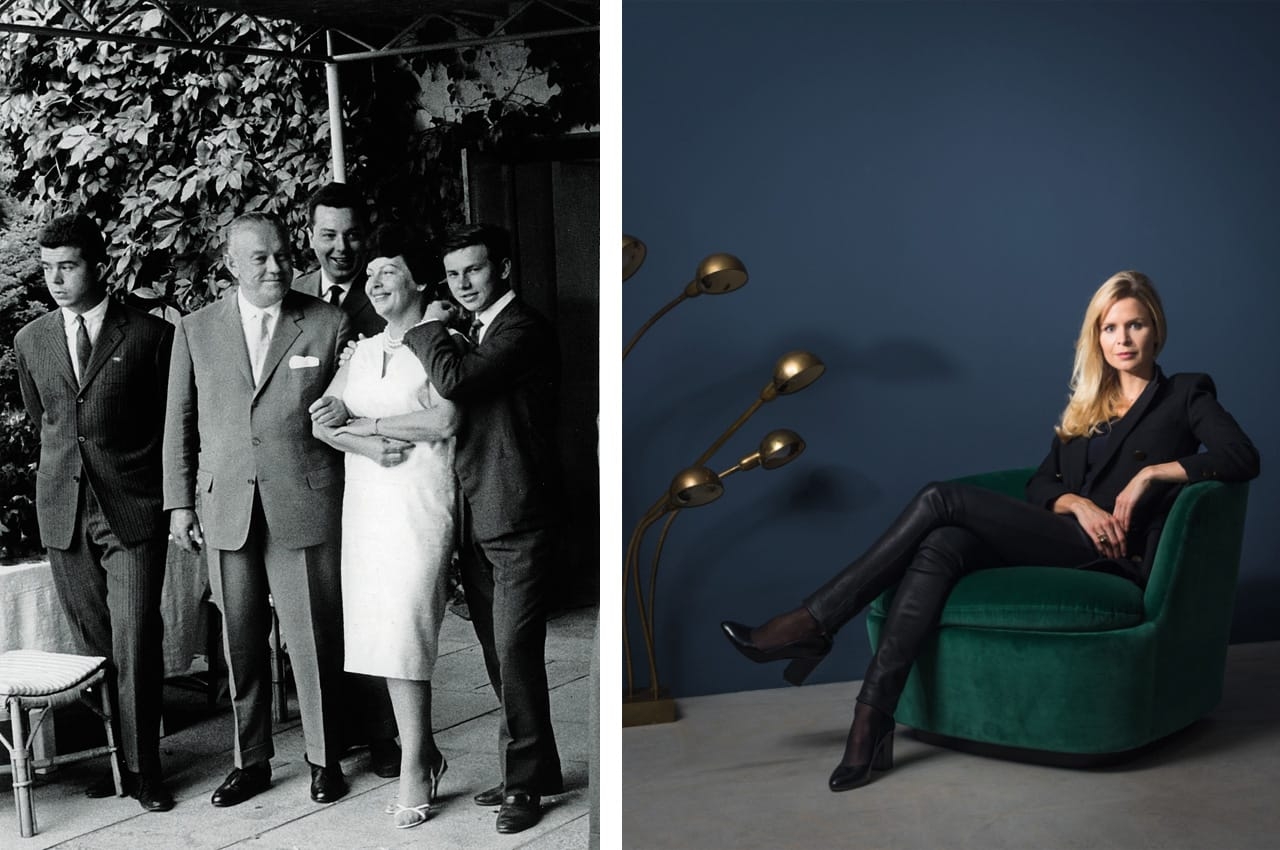 Since the death of his older brother, Franz Burda Jr, in early 2017, Frieder has slowly been reducing his role in his museum. His step daughter, Patricia Kamp, is taking on an increasing prominent role and in 2016 Salon Berlin opened—a more experimental offshoot of the museum—in Berlin’s Mädchenschule.

However, Frieder is still a regular visitor at the museum in Baden-Baden, retaining final say over the museum’s program and evidently giving the green light to the current exhibition: “America! America! How Real is Real!”, an exhibition that hits right at the heart of America’s current identity crisis. Featuring artworks from America’s most high-profile artists including artworks from Andy Warhol, Jeff Koons, and Cindy Sherman. 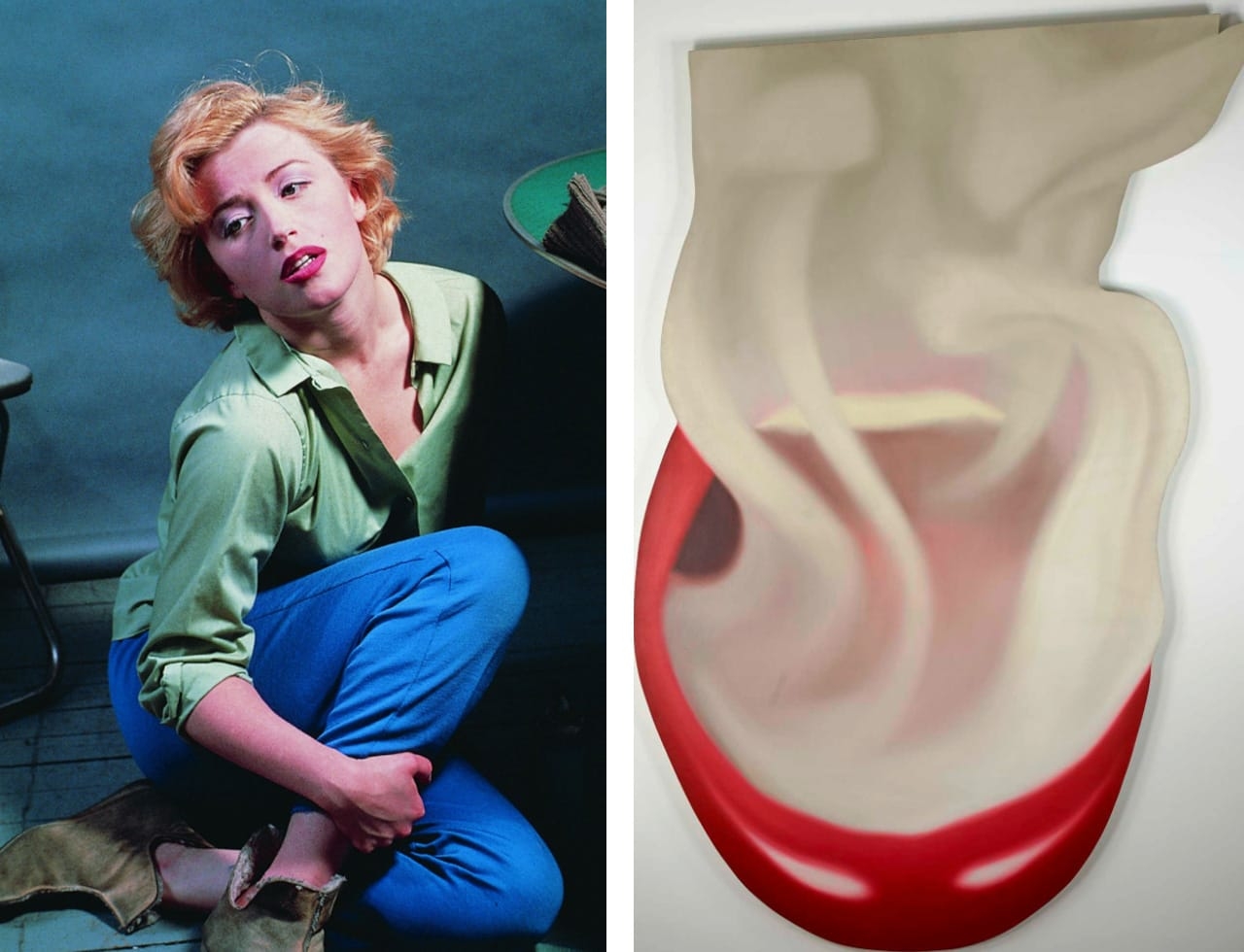 The imagery and fantasy of the American Dream has been diffused around the world. Hollywood and the entertainment industry has helped propound a notion of the country which is currently being decimated from the inside out. In the wake of the Harvey Weinstein abuse scandal, Cindy Sherman’s Marilyn Monroe takes on an unsettling new resonance. The starlet whose extraordinary career came to a tragic end, is pulled to pieces by Sherman—the masquerade of idolatry subtly laid bare.

News in America has increasingly become entertainment and now with the rise of fake news it has never been harder to distinguish between truth and fiction. One of the revelations to come out from Michael Wolff’s White House expose, Fire and Fury, is Donald Trump’s consumption of 12 Diet Cokes a day. Consumed, presumable, whilst the President watches his three TVs simultaneously. Such habits one can’t help but feel Andy Warhol, with his claims of eating Campbell’s Soup every day of his life and love of mainstream media, would have relished.

Forming a wonderful insight into a country that is perhaps more conscious than any other of the power of pictures, this exhibition sheds light on how America sees itself, and how that perception has been shaped by its artists. It couldn’t have come at a better time, Frieder Burda must be pleased.

The exhibition America! America! How Real is Real? at the Frieder Burda Museum runs from the 9th of December 2017 through to the 21st of May 2018. 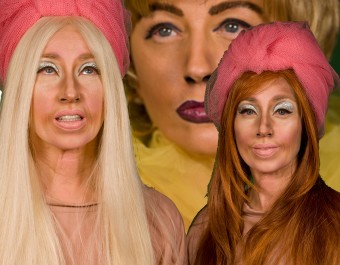 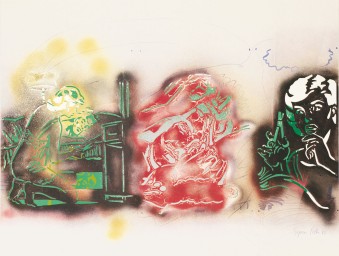