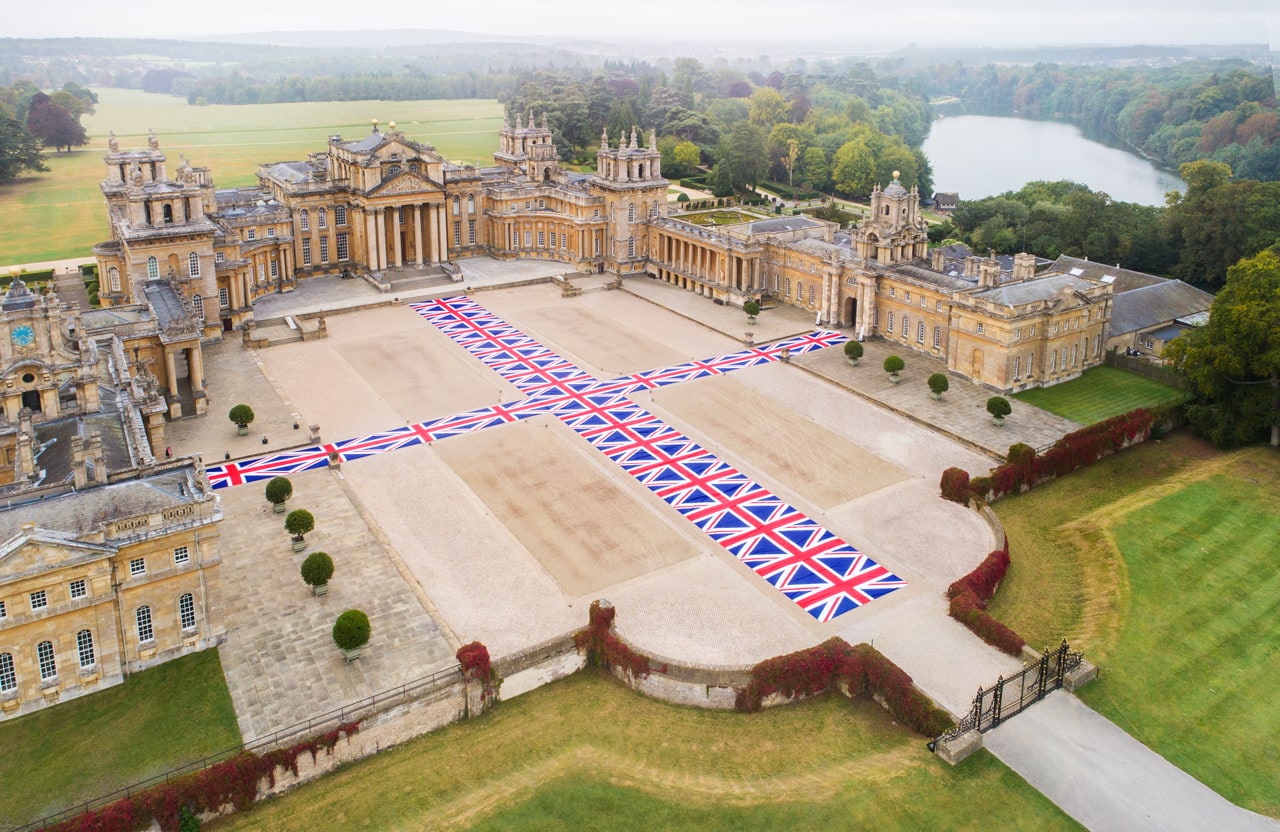 You could imagine Winston Churchill finding the whole thing rather funny. A solid gold loo, a pointed satire against excessive wealth, ripped from his old water closet in his former stately home with the police still clueless as to its whereabouts. Maurizio Cattelan’s work, wonderfully titled America, had even been plumbed in, making its shocking theft on Saturday morning all the more distressing because of flooding and structural damage to Blenheim Palace.

Of one thing we can be sure, this has not been stolen by an art fan, it’s probably already been melted down. The 18 carot gold loo was worth €1 million, but as an artwork it’s worth as much as €6 million. Referencing Marcel Duchamp’s landmark artwork, Fountain, and once sardonically offered to Donald Trump (let’s face it he’d love it), the golden loo is a great leveller. “Whatever you eat” Cattelan once said, “a $200 lunch or a $2 hot dog, the results are the same, toilet-wise.” A gold toilet does not sweeten the results.

Once the initial shock of the theft had worn off, people began accusing Cattelan of staging a kind of Banksy style stunt. He is well known for being the prankster of the artworld. In 1996, he stole artwork from a neighbouring gallery in Amsterdam and tried to pass it off as his own. He called it a “survival tactic”, having been given just two weeks to produce work for the exhibition.

He is the latest in a number of prominent artists to be given the prestigious opportunity to exhibit at Blenheim Palace. The building has quite a history. It was first commissioned by Queen Anne as a gift to the 1st Duke of Marlborough, John Churchill for his decisive victory against the French in the battle of Blenheim in 1704. Taking over 30 years to build, the palace is a Baroque masterpiece, conceived as a private house, a castle, but above all as a testament to England’s supremacy over the French, with architectural flourishes to rival that of Versailles.

Two centuries later the palace became the birthplace of Winston Churchill, a descendent of the 1st Duke. In a section of the building there is a permanent exhibition dedicated to the life of the cigar-chewing Prime Minister and you can still visit the small summerhouse, known as the Temple of Diana, where he proposed to his future wife, Clementine.

But when he wasn’t making history, Churchill made paintings, and in his time he became a respected artist. “That man”, Pablo Picasso once said, “could have made a fine living if he hadn't had so many other things to do”. At any opportunity he was known to set up his easel outdoors to capture the grounds of his beloved home, Chartwell. He was a much finer painter than his wartime adversary Adolf Hitler – whose insipid watercolours, usually depicting saccharine touristic scenes, still pop up on occasion at auction.

We know now that had the Nazis defeated Britain, Hitler had intended to turn Blenheim Palace into his place of residence, his home-cum-office. Luckily those grand designs never came to fruition, but in Cattelan’s latest exhibition there’s a homecoming of sorts. Him – arguably Cattelan’s most provocative work – has the sunken face of the mass-murderer as a suited childlike figure looking up and praying in an act of atonement. Positioned near the end of the Christopher Wren designed Long Library, the sculpture has been terrorizing audiences since 2001, bringing up unanswerable questions about the origins and nature of evil.

With such work, it’s impossible not to consider the timing – Britain, once led by Churchill in defence of European democracy is now a country seemingly doing its best to bring about its decline. Rather fittingly the first thing that greets you as you walk up to the palace is the new site-specific work Victory is Not an Option, a vast walkway of Union Jack flags.

Despite the integration of the works into the imposing and formal rooms of the palace, the mischievous humour of Cattelan always breaks through. Not least in his repugnant self-portraits, mini-me figures that do the opposite of what self-portraits are supposed to do by revealing reduced, shrinking figures. In such a setting, surrounded by grand portraits of the Spencer-Churchill family, the idea of portraiture as a signifier of status is turned completely on its head.

Further on there’s a lot more slaying of holy cows: the Pope felled by a meteorite, the hanging taxidermied horse. But it’s the more subtle, less obvious barbs that stick in the mind. The two homeless tramps huddled in the Chapel pews of the great house make uncomfortable viewing. Especially in this bastion of inherited privilege. Outside in the Capability Brown designed gardens, the pathetic figure of Pinnochio lies face down in a water fountain. The title of the work, Daddy Daddy, reads like his cries for help that have gone unanswered.

This is Maurizio Cattelan’s first solo exhibition in the United Kingdom for 20 years, and even the loss of the golden throne has not tarnished the exhibition as much as originally feared. Despite constantly threatening to go into retirement, Cattelan’s darkly satirical voice is needed now more than ever. With his refusal to kowtow to authority and delight in mocking hegemony, he reminds us all, to never take power or beliefs too seriously.