While America and the world’s cultural torchbearers flounder in their response to the election of Donald Trump, Shepard Fairey, ex-skater and street artist, is confronting the new administration head-on. The artist’s American Women in his signature ink-block style are suddenly everywhere, carried by thousands of protestors around the world. With slogans such as “We the People Defend Dignity”, Fairey’s potent and moving work attacks the narrow-minded and insular vision of Trump’s America by revelling in its abundant diversity. The images do not feature Trump, but focus instead on the ethnic groups that risk being marginalized in the America envisioned by the new president.

After Richard Serra’s and Cindy Sherman’s “art strike”, a day of nothing that sadly disappeared without a trace, and with news that Christo has made the questionable decision to back out of his Colorado River artwork, Fairey’s alternate approach of providing the tools for protest is helping to unite a movement. Fairey has been here before. Back in 2008 he stunned the world with the success of his Obama Hope art print. Its impact helped inspire a grassroots political movement that—united under policies of inclusion and change—voted in a young Barack Obama. “I’m not just trying to seduce people with an image,” says Fairey, who always speaks with unaffected eloquence about his work, “I’m trying to snap them out of a trance.” 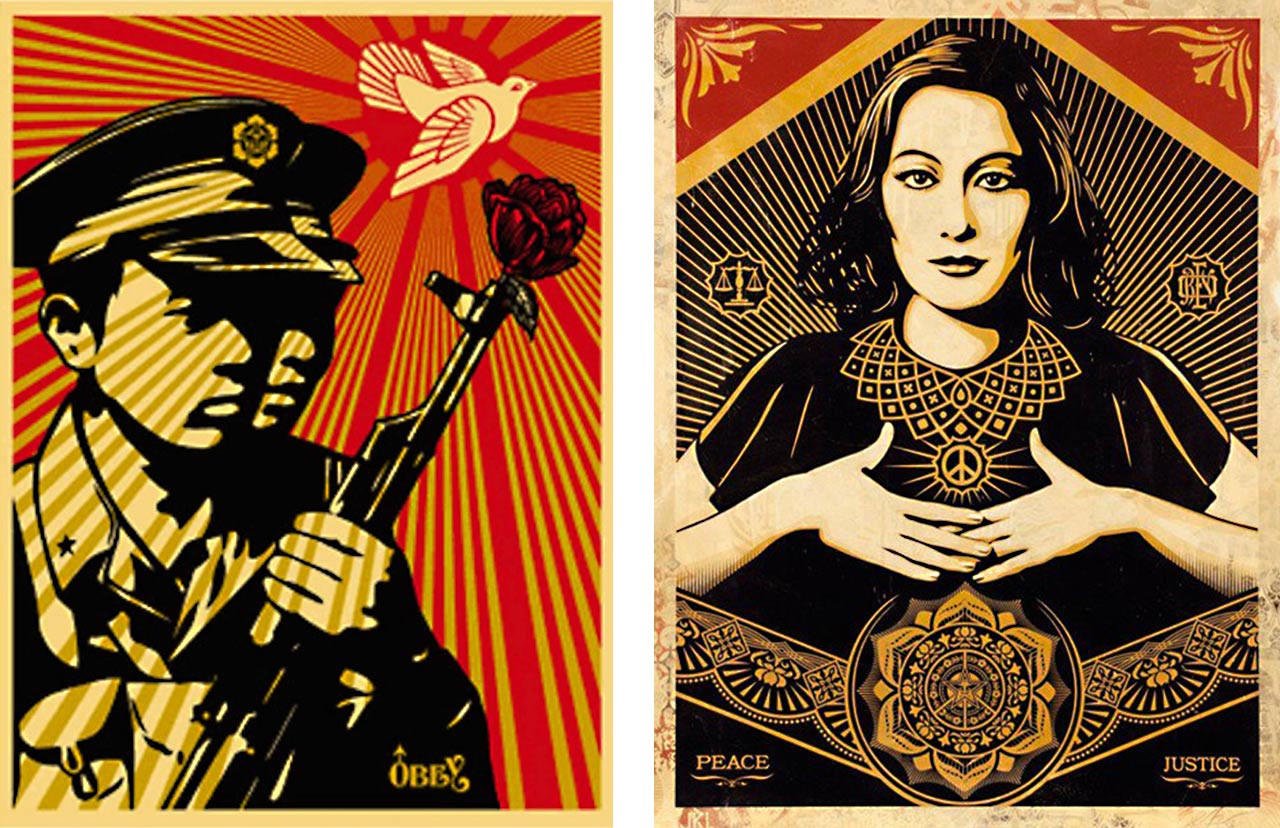 It seems as if his message is working. The last three days have seen huge protests erupt in airports and major cities across the U.S., and the courts have for now temporarily blocked significant parts of the order. Trump’s executive order to forbid millions of refugees, hundreds of thousands of visitors and 500,000 legal immigrants from seven majority-Muslim countries from entering the U.S. has been severely questioned. A key promise Trump made to his most fervent supporters has spread global confusion, and the furor only seems to be increasing.

For an artist so used to exposing the hypocrisy of democracy and destroying the carefully crafted image of industrial corporations, it perhaps comes as no surprise that his work with the greatest cultural impact spreads a message about pluralism and positivity. Since exploding onto the street art scene with his “Obey” sticker campaign featuring the enormous face of wrestler, Andre the Giant, Shepard Fairey has conveyed the message “question everything”. Never been one to shy away from conflict he has been arrested over 15 times—unlike the equally renowned Banksy, he prefers to hide in plain sight. 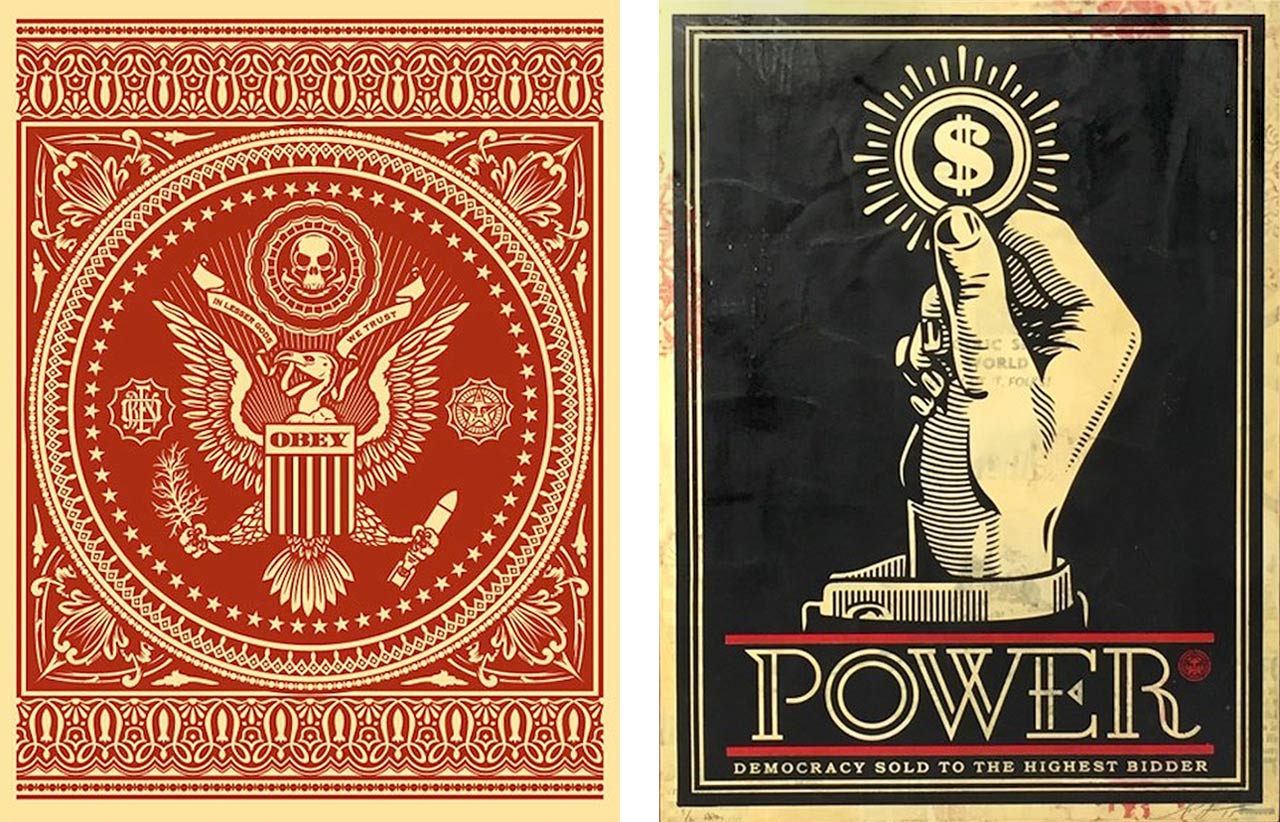 The most resonant of his new art works features the Bangladeshi-American, Munira Ahmed, wearing a Stars and Stripes hijab. She has become a bit of a celebrity since Fairey based his design on a photograph taken of her 10 years ago. The 32-year old freelancer from New York has become the image of resistance to the new administration, “What makes this country great is pluralism” says Ahmed, “our diversity is the envy of the world.”

Diversity is exactly what Fairey has chosen to focus on. Silence and striking will only be ignored by the Trump administration, or more likely won’t even register. Christo’s project would have been on federal land, and for this reason he states “I can’t do a project that benefits this landlord.” But shouldn’t artists of the statue of Christo—a citizen of America and political refugee—offer his alternate vision, helping to inspire and unite a movement of dissent? Right now America needs that more than ever, at least Fairey, the street artist, is doing just that. 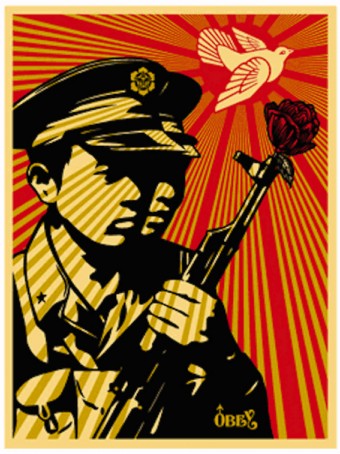 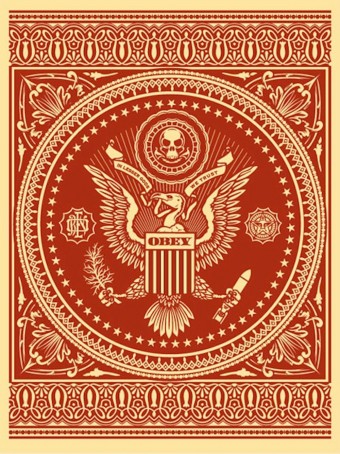