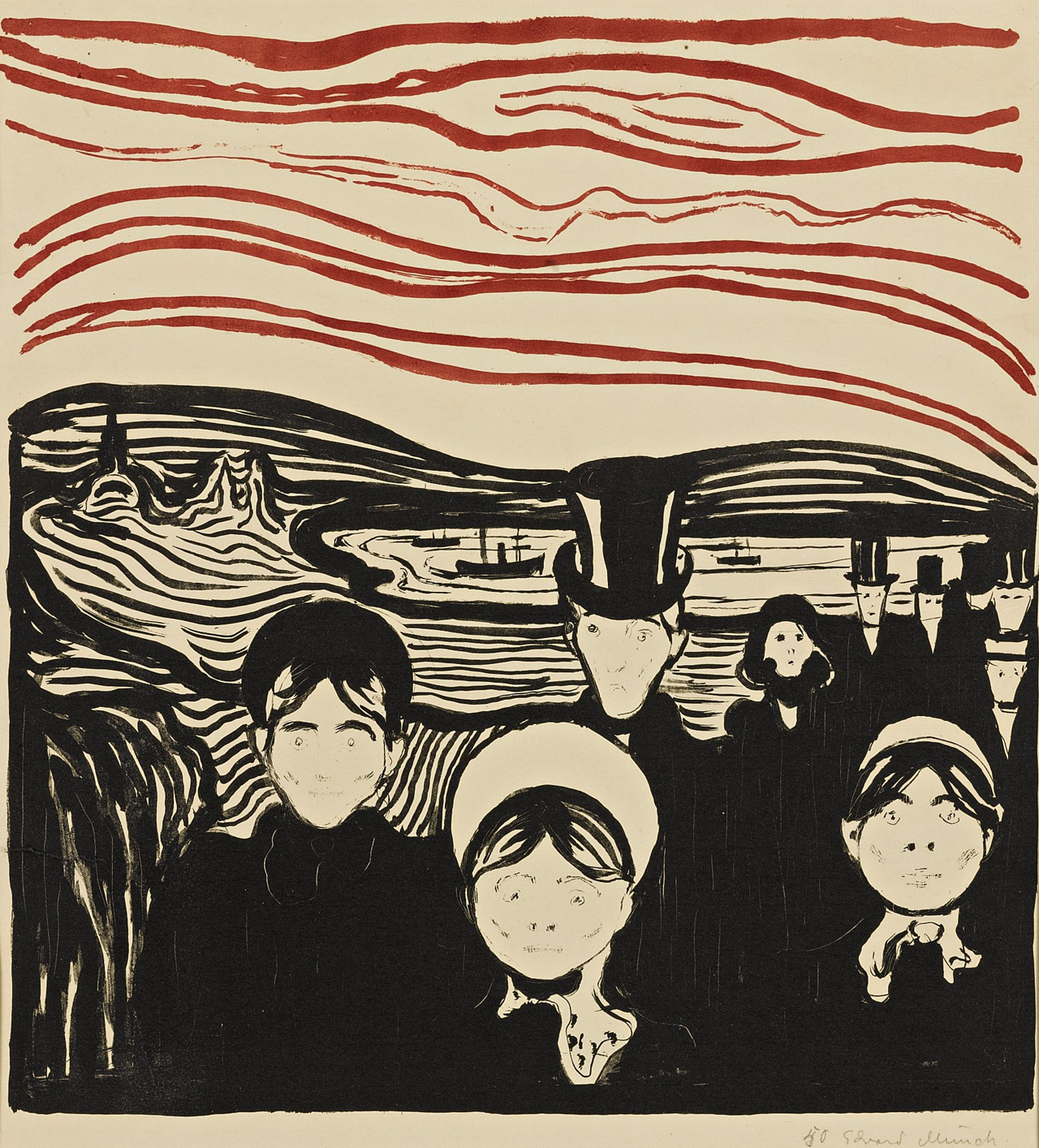 Sotheby’s New York “Prints and Multiples” auction held on the 27th and 28th of October was a splendid success achieving 8,348,250 U.S. dollars in total. With upwards of 250 lots sold over two days in just three sessions, the mammoth auction threw up some thrilling results for blue chip artists.

Edvard Munch’s vivid black and red lithograph dating from 1896, Angst (Woll 63; Schiefler 61), more than doubled its low estimate of $400,000 by selling for the staggering sum of $826,000 (hammer price with buyer’s premium)—far exceeding all expectations. Depicting a funeral procession set against a contoured landscape, the work evokes a sense of psychological turbulence. Munch was an internationally renowned masterprinter as this work clearly exhibits.

Pablo Picasso also performed well at the Sotheby’s New York “Print and Multiples” auction and his Portrait De Jeune Fille, D’Après Cranach Le Jeune. II, 1958 sold for a healthy $610,000 (hammer price with buyer’s premium). A color linoleum print signed in red pencil and dedicated to his friend Languier. It is an artist’s proof aside from the numbered edition of 50.

Another standout lot from Picasso was his Portrait de Jacqueline Accoudée, 1959-64, one of only five impressions ever made. Selling for a solid $310,000  (hammer price with buyer’s premium). After the recent auction of Picasso Ceramics all eyes were on the performance of his 60 ceramics works from The Estate of Maxine Pines which were available at the auction. They did nothing to disappoint, many of them exceeding their estimates. 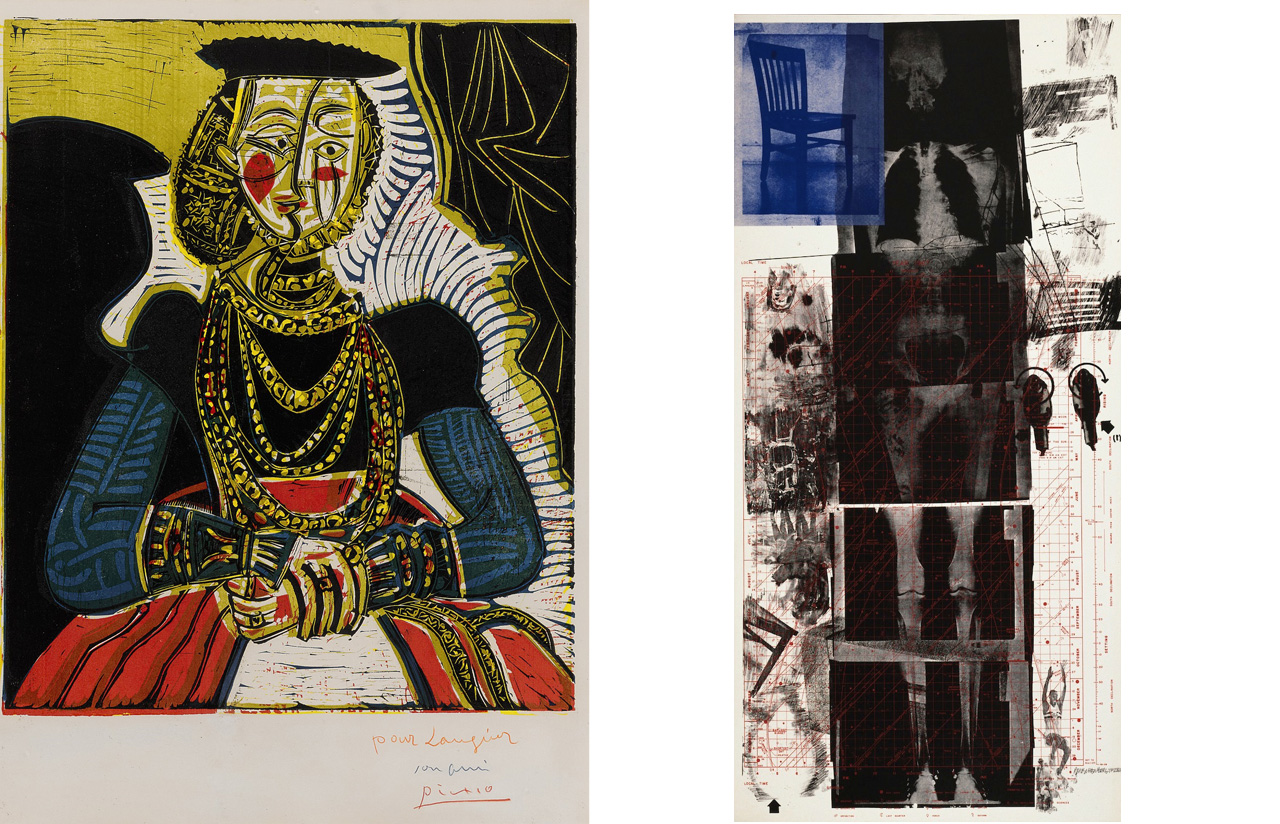 Blue chip American artist, Jasper Johns’ 0 through 9 (ULAE 3) sold for $187,500 (hammer price with buyer’s premium) having been estimated at between $70,000—$100,000. This forms part of his series of numerical limited editions and is highly prized.

Robert Rauschenberg’s Booster was a standout work at the Sotheby’s New York “Prints and Multiples” auction and sold for a healthy $137,000 (hammer price with buyer’s premium) well above its highest estimate of $120,000. Produced in 1967, at the time it was the largest print ever made by hand and was typical of the artist’s boisterous and spontaneous creative energy when he declared on reaching the Gemini G.E.L. studios that this was going to be a “self-portrait.”

Another auction result that more than doubled its high estimate was Roy Lichtenstein’s Bull Profile, 1973 which attained $262,000 (hammer price with buyer’s premium) having had a high estimate of just $120,000. A set of 6 lithographic prints each was signed in pencil and were also made at Gemini G.E.L. in Los Angeles.