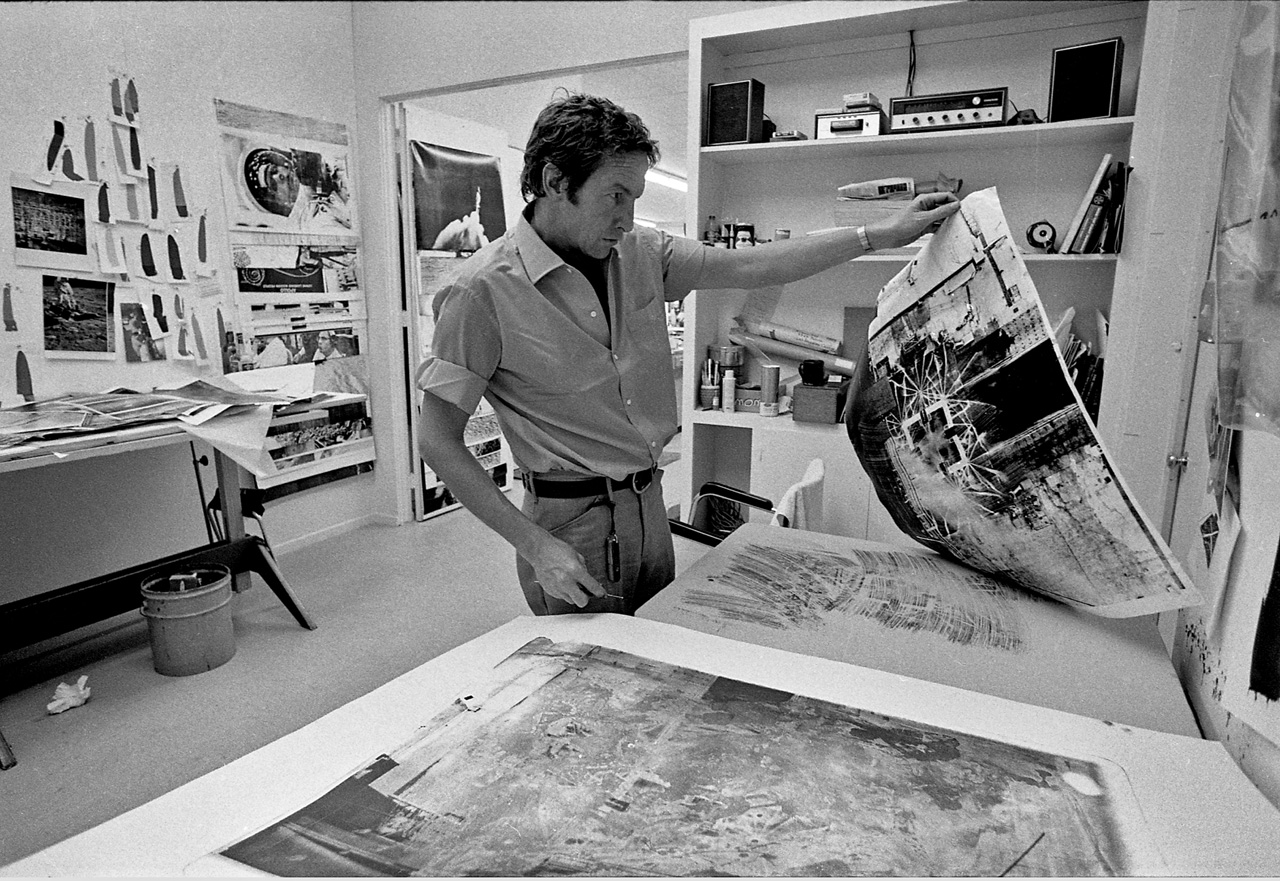 Rauschenberg's trajectory is one of the most remarkable artistic journeys of the 20th century. His boundless, open-hearted energy and unquenchable thirst to find mediums traditionally outside the artist's reach set him on a path of trailblazing innovation. It was in his dilapidated New York studio that he made his first breakthrough after waking one morning in the mood to paint but with no money for a canvas. Undeterred he removed the quilt from his bed and painted it using fingernail polish, toothpaste, and paint, the resultant work defied definition. Bed, 1955 was an entirely new species of art, fusing a flat painterly surface with a 3-dimensional object. Suddenly a work of art could be made out of anything, could be shown anywhere, and for any purpose.

A pioneering figure, Rauschenberg remained resolutely committed to the principles of experimentation and constantly challenged the notions of traditional painting. Printmaking, a medium Rauschenberg would also thrust kicking and screaming into a new modern era, was never the same after his involvement. Prints such as Booster, 1957 were groundbreaking and for the first time a print had the scale and imposing presence to challenge the pre-eminence of painting itself. This was followed by further collage-like works such as the photoscreenprint Watermark, 1973, a remarkable clash of visual elements that epitomized a move towards an adoption of popular culture as a subject matter.

Rauschenberg's unique style derived from his ability to combine mechanically-produced images with its antithesis—expressive markings. Watermark, a composition of information overload, marks that major aesthetic fracture, forcefully juxtaposing Botticelli's iconic painting Primavera with a galloping racing horse, a rococo mirror, expectant faces in a crowd, and watercolor washes. This work contains what the expert Jaklyn Babington called "layered image sequences", where each individual viewer brings their own associations to the multiple images. This work demands a new kind of looking, a study of the detail of each individual component image in order to make sense of the entire composition. The images of Watermark are poised in dynamic movement, giving the work a sense of spontaneity and suspense.

The art critic Robert Hughes always noted that Rauschenberg "didn't give a fig for consistency or curating his reputation"—his joy was in creating works that produced a thrilling interchange between viewer and artwork. Since Rauschenberg's death in 2008 the value of his work has skyrocketed. Demand for his limited editions, paintings, and combines have been so great that a lawsuit broke out between the trustees of his estate (estimated worth $600 million—$2 billion) and the Rauschenberg Foundation. This staggering upward curve is an exceptional achievement considering the majority of the artist's working life was spent living hand-to-mouth. Constantly engaged in charitable organizations, even setting up his own charity, the work of this big-hearted artist celebrates the life spirit of all things and produced what has been called the "poetry of infinite possibilities."

Rauschenberg's Watermark, 1973 is available to buy now on fineartmultiple—click here to find out more. 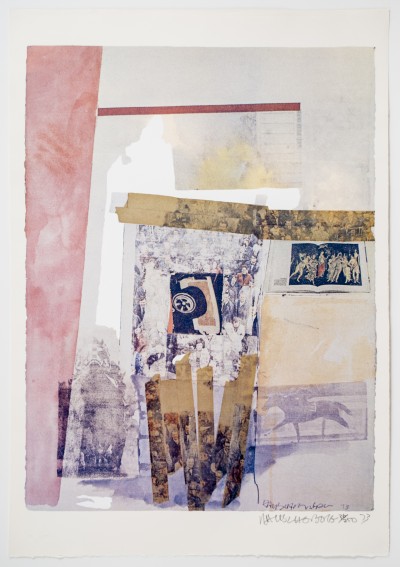 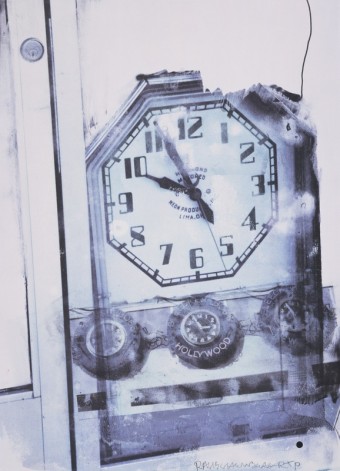 Robert Rauschenberg
Ten Til Too, 2001